In an experiment, there are two main variables:

In an experiment, an experimenter is interested in seeing how the dependent variable changes as a result of the independent being changed or manipulated in some way.

Example of an Independent and Dependent Variable

For example, a researcher might change the amount of water they provide to a certain plant to observe how it affects the growth rate of the plant.

How to Remember the Difference Between Independent and Dependent Variables

An easy way to remember the difference between independent and dependent variables is to insert the two variables into the following sentence in such a way that it makes sense:

For example, it would make sense to say:

Changing the amount of water affects the value of the plant growth rate.

If we tried reversing the positions of these two variables, the sentence wouldn’t make sense:

Changing the plant growth rate affects the value of the amount of water.

Thus, we know that we must have the independent and dependent variables switched around.

Here are a few more examples of independent and dependent variables.

A marketer changes the amount of money they spend on advertisements to see how it affects total sales.

A doctor changes the dose of a particular medicine to see how it affects the blood pressure of a patient.

A researcher changes the version of a study guide given to students to see how it affects exam scores.

Independent variable: the version of the study guide

Independent vs. Dependent Variables on a Graph 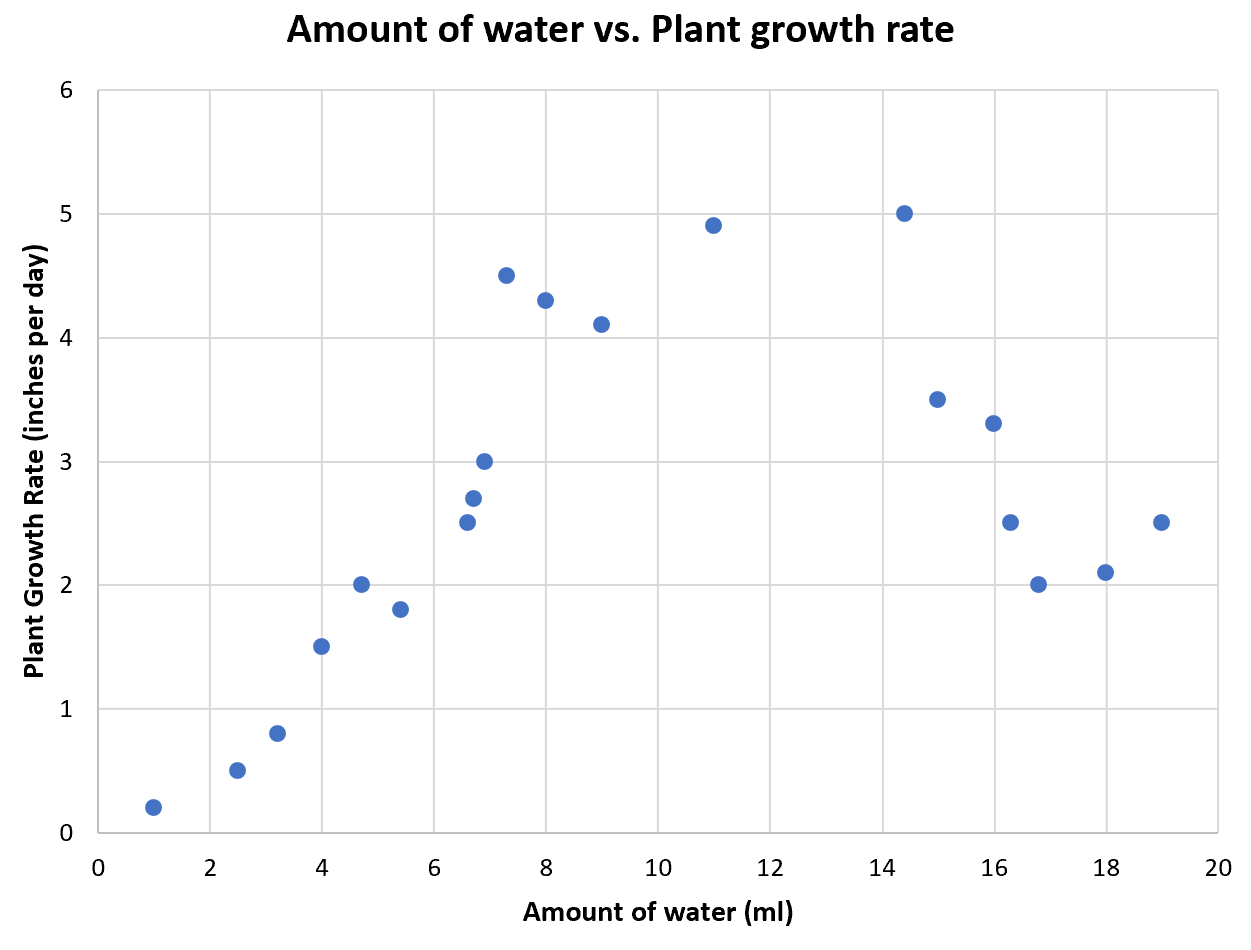