In the field of economics, statistics is important for the following reasons:

Reason 4: Statistics allows economists to forecast trends in the economy.

In the rest of this article, we elaborate on each of these reasons.

Economists often calculate the following descriptive statistics for a given region:

Using these metrics, economists can gain a better understanding of the state of the economy in a particular region.

They can then use these metrics to inform politicians or law makers on the best methods to use to ensure that the economy remains healthy and grows.

Another common way that statistics is used in economics is through data visualizations such as line charts, histograms, boxplots, pie charts and other charts.

These types of charts are often used to help economists spot trends that can help them see if the economy is improving or declining.

For example, suppose an economist creates the following line chart that shows the overall unemployment rate in a certain city by year: 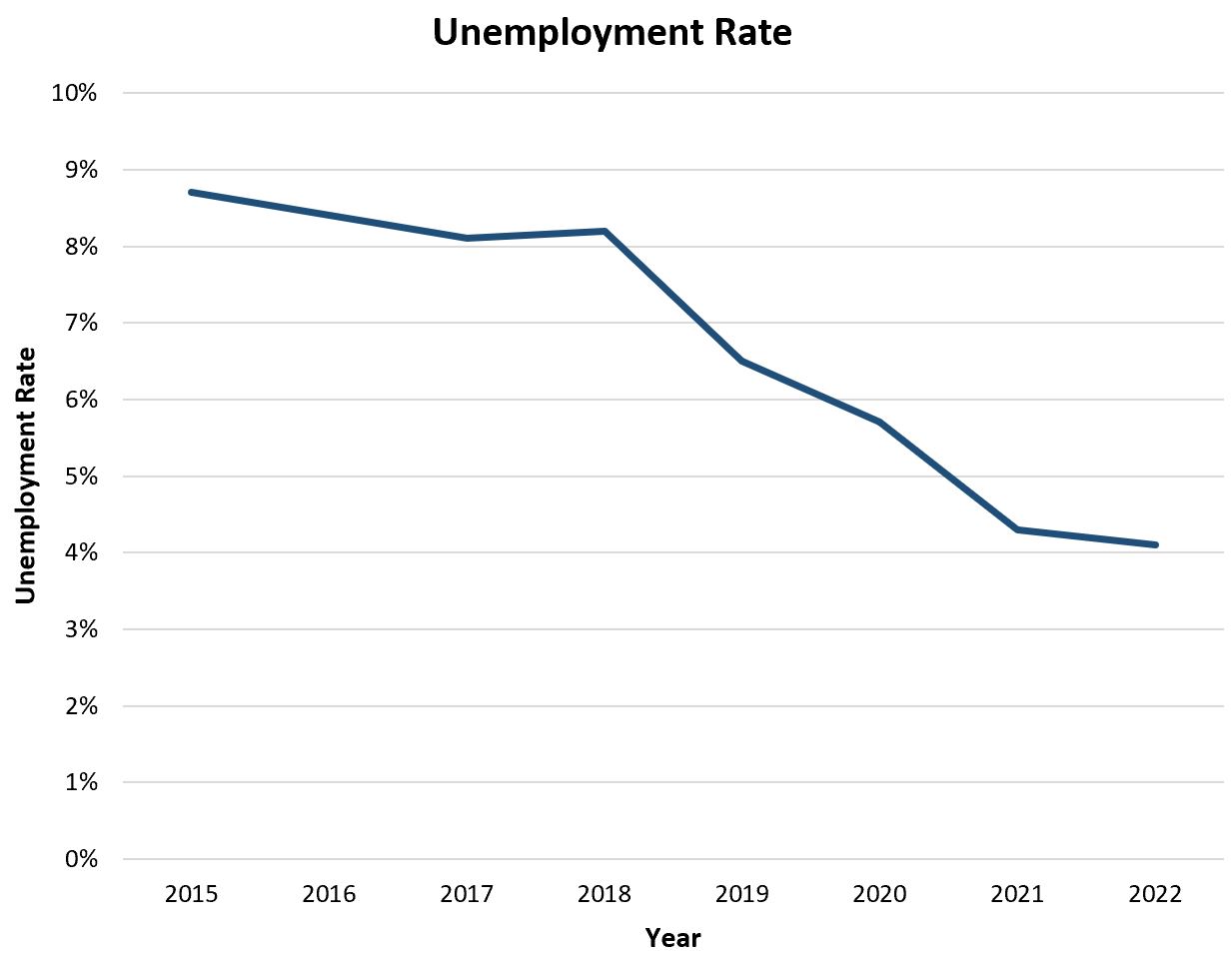 Just from looking at this bar chart, the economist will be able to tell that the unemployment rate is decreasing over time, which is a sign that the economy is strong and more citizens are becoming employed.

Another way that statistics is used in economics is in the form of regression models.

These are models that allow economists to quantify the relationship between one or more predictor variables and a response variable.

For example, an economist may have access to data on total years of education, hours spent working per week, and household income for households in a certain city.

They might then build the following multiple linear regression model:

Here’s how to interpret the regression coefficients in this model:

Using this model, the economist can quickly understand that increasing education and total hours worked is associated with a higher household income.

They can also quantify exactly how much additional education and additional working hours affects household income.

Reason 4: Forecast Trends in the Economy

Another way that statistics is used in economics is in the form of forecasting trends.

For example, an economist may collect data on total sales (in millions) of goods in a certain country and then create a forecast for future sales: 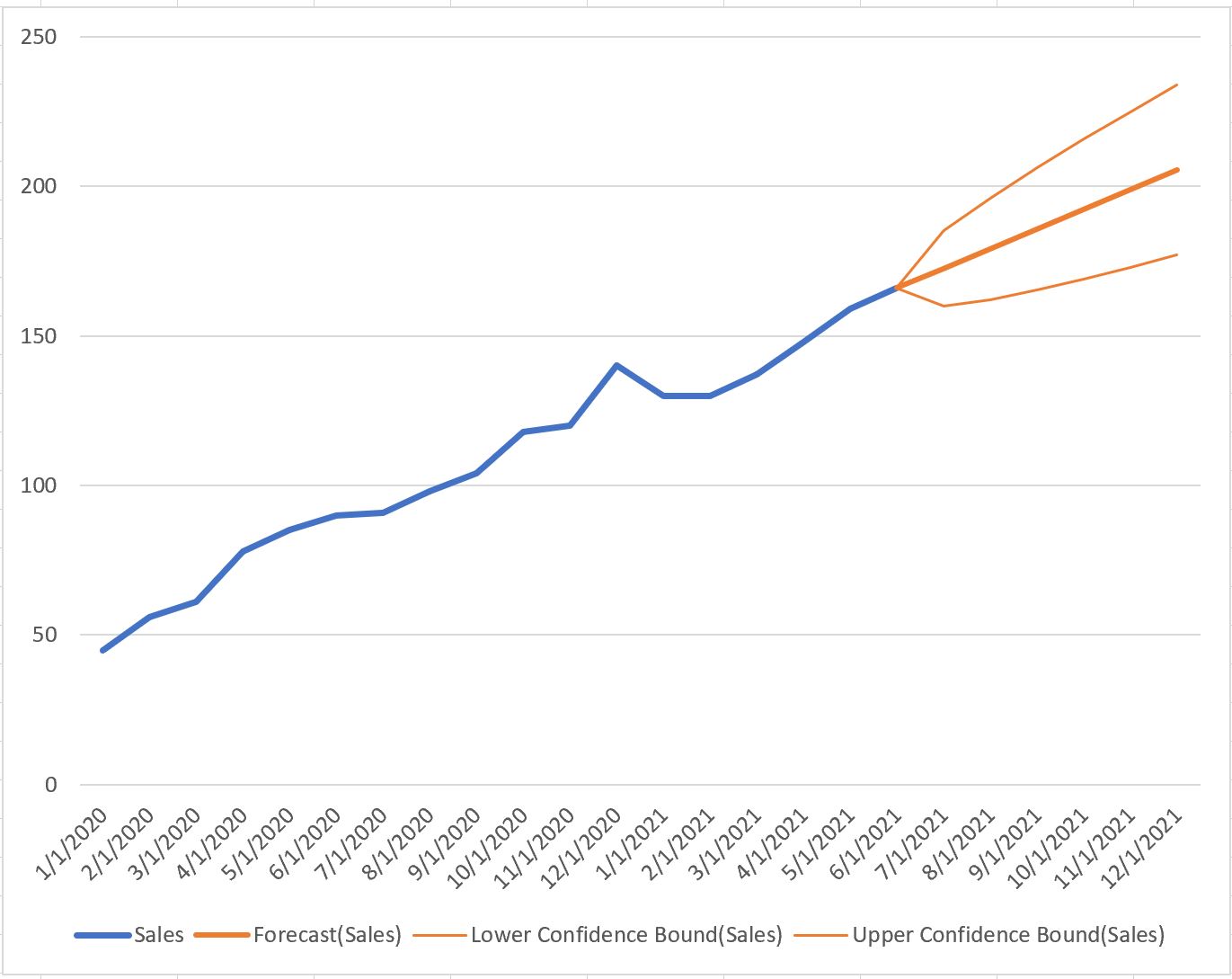 Using this forecast, the economist can predict (with a certain level of confidence) how the economy is likely to perform in the coming months and years.

The following articles explain the importance of statistics in other fields: