The mode represents the value that occurs most often in a dataset.

A dataset can have no mode (if no value repeats), one mode, or multiple modes.

For example, the mode in the following dataset is 19:

This is the value that occurs most often.

In statistics, the mode is important for the following reasons:

Reason 1: It lets us know which value(s) in a dataset is the most common.

Reason 2: It’s useful for finding the most frequently occurring value in categorical data when the mean and median can’t be calculated.

Reason 3: It gives us an idea of where the “center” of a dataset is located, although the median and mean are more commonly used (as we’ll see later in this article).

The following examples illustrate each of these reasons in practice.

Reason 1: The Mode Tells Us Which Value is Most Common

Suppose we have a dataset with 100,000 rows that contain the selling price of houses throughout the United States: 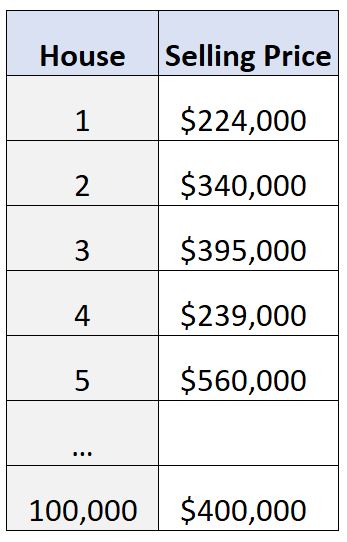 Suppose we use some statistical software (like Excel, R, Python, etc.) to calculate the mode of this dataset and find that there are three modes:

This immediately gives us an idea of which house prices occur most frequently in the dataset.

Calculating the mode is also much quicker than staring at thousands of rows of data and attempting to identify which house prices occur most often.

Reason 2: The Mode Finds the Most Common Value in Categorical Data

Suppose we have a dataset with 1,000 rows that tells us the color of the car owned by individuals in a certain neighborhood: 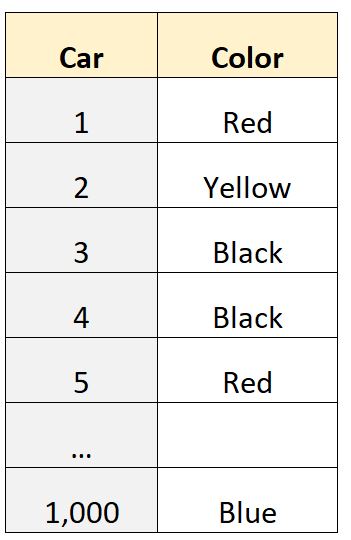 The variable “color” is a categorical variable, which means the values fall into categories (“red”, “yellow”, “black”, etc.) so we can’t calculate a quantitative value like the mean or median.

However, we can calculate the mode because this simply represents the most commonly occurring value in the dataset.

Reason 3: The Mode Gives Us an Idea of Where the Center of a Dataset is Located

The mode is also considered a measure of central tendency, which means it can give us an idea of where the “center” of the dataset is located.

For example, suppose we have the following dataset that shows the exam scores of 20 different students in a class:

However, suppose we instead had the following dataset of exam scores:

In this dataset, 72 is the mode exam score. However, this turns out to be a poor indication of where the “center” exam score is located.

Here’s a quick summary of the main points made in this article:

The following tutorials provide additional information about the mean, median, and mode in statistics: