To make a box plot, we first draw a box from the first to the third quartile.

Then we draw a vertical line at the median.

Lastly, we draw “whiskers” from the quartiles to the minimum and maximum value.

In most statistical software, an observation is defined as an outlier if it meets one of the following two requirements:

If an outlier does exist in a dataset, it is usually labeled with a tiny dot outside of the range of the whiskers in the box plot:

When this occurs, the “minimum” and “maximum” values in the box plot are simply assigned the values of Q1 – 1.5*IQR and Q3 + 1.5*IQR, respectively.

The following example shows how to interpret box plots with and without outliers.

Suppose we create the following two box plots to visualize the distribution of points scored by basketball players on two different teams: 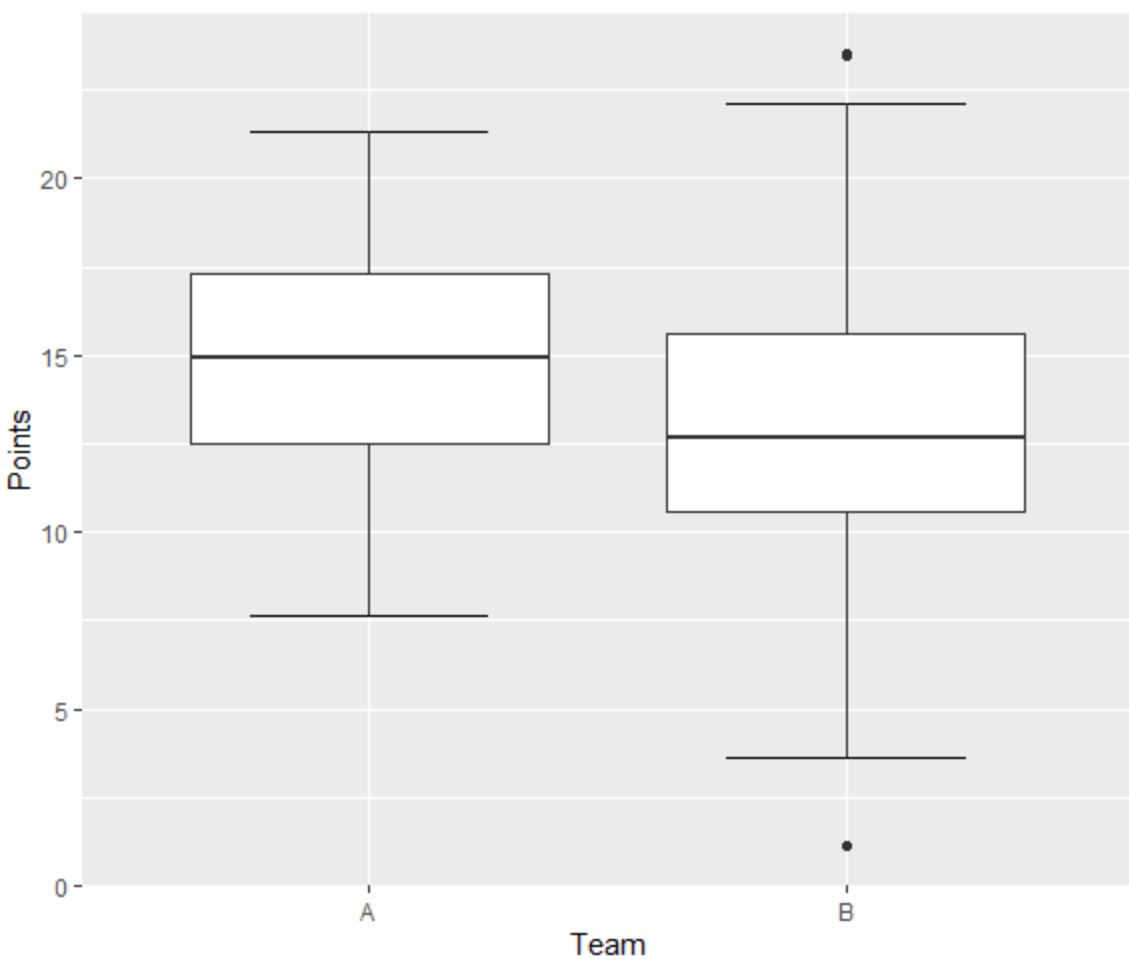 The box plot on the left for team A has no outliers since there are no tiny dots located outside of the minimum or maximum whisker.

Here is the actual five number summary for the distribution of the “Points” variable for Team B:

Here is how to calculate the boundaries for potential outliers:

The whiskers for the minimum and maximum values in the box plot are placed at 2.85 and 23.25.

Thus, the observations with values of 1.1 and 23.5 are both labeled as outliers in the box plot since they lie outside of the lower and upper boundaries.

Bonus: Here is the exact code that we used to create these two box plots in the R programming language: