A histogram is a type of chart that uses rectangular bars to represent frequencies. It’s a helpful way to visualize the distribution of data values.

This tutorial explains how to create and modify histograms in Stata.

How to Create Histograms in Stata

We’ll use a dataset called auto to illustrate how to create and modify histograms in Stata.

First, load the data by typing the following into the Command box:

We can get a quick look at the dataset by typing the following into the Command box: 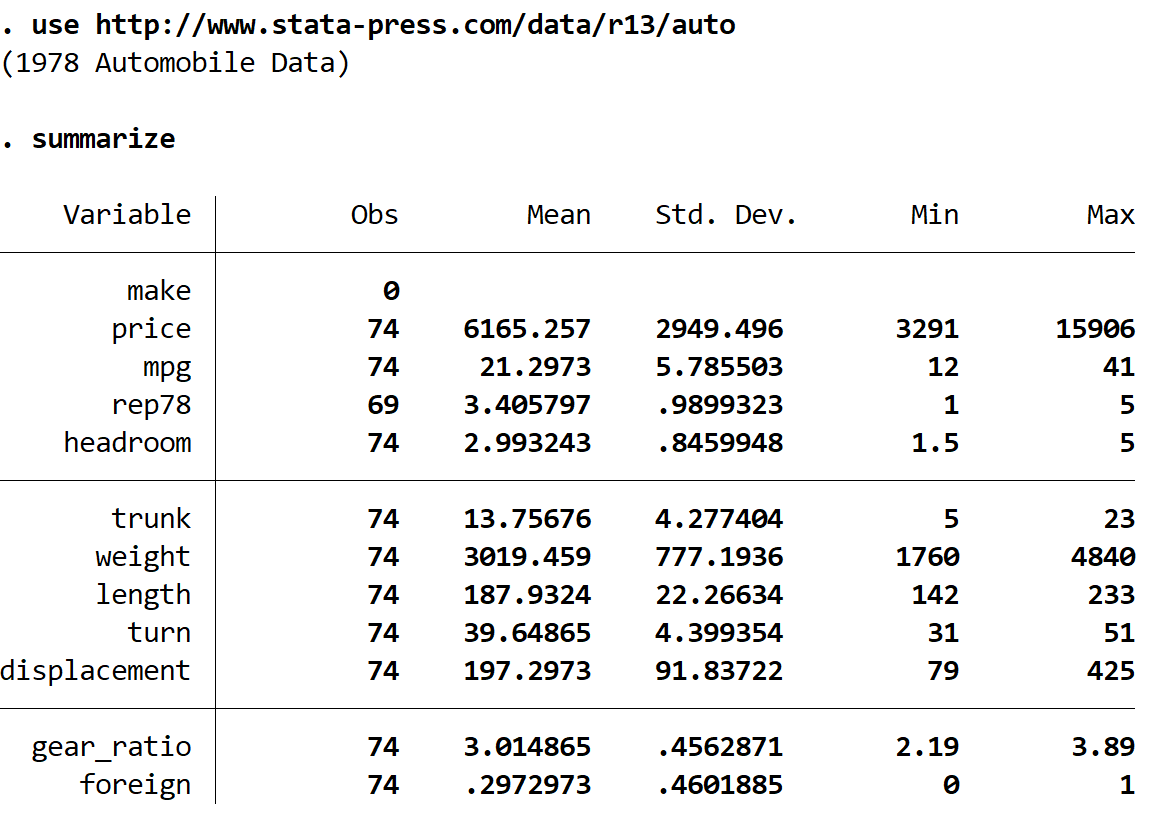 We can see that there are 12 total variables in the dataset.

We can create a histogram for the variable length by using the hist command: 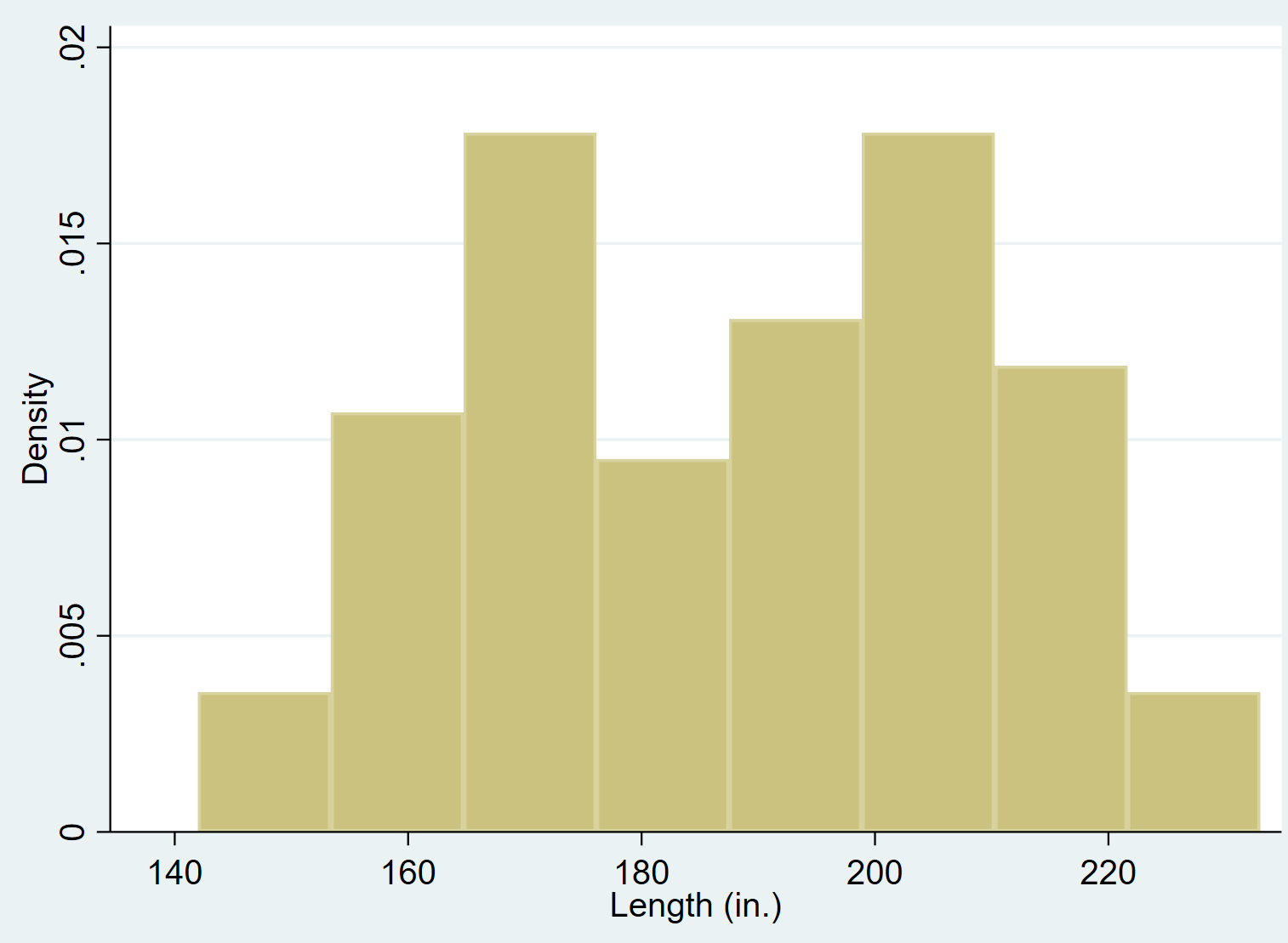 By default, Stata displays the density on the y-axis. You can change the y-axis to display the actual frequencies by using the freq command: 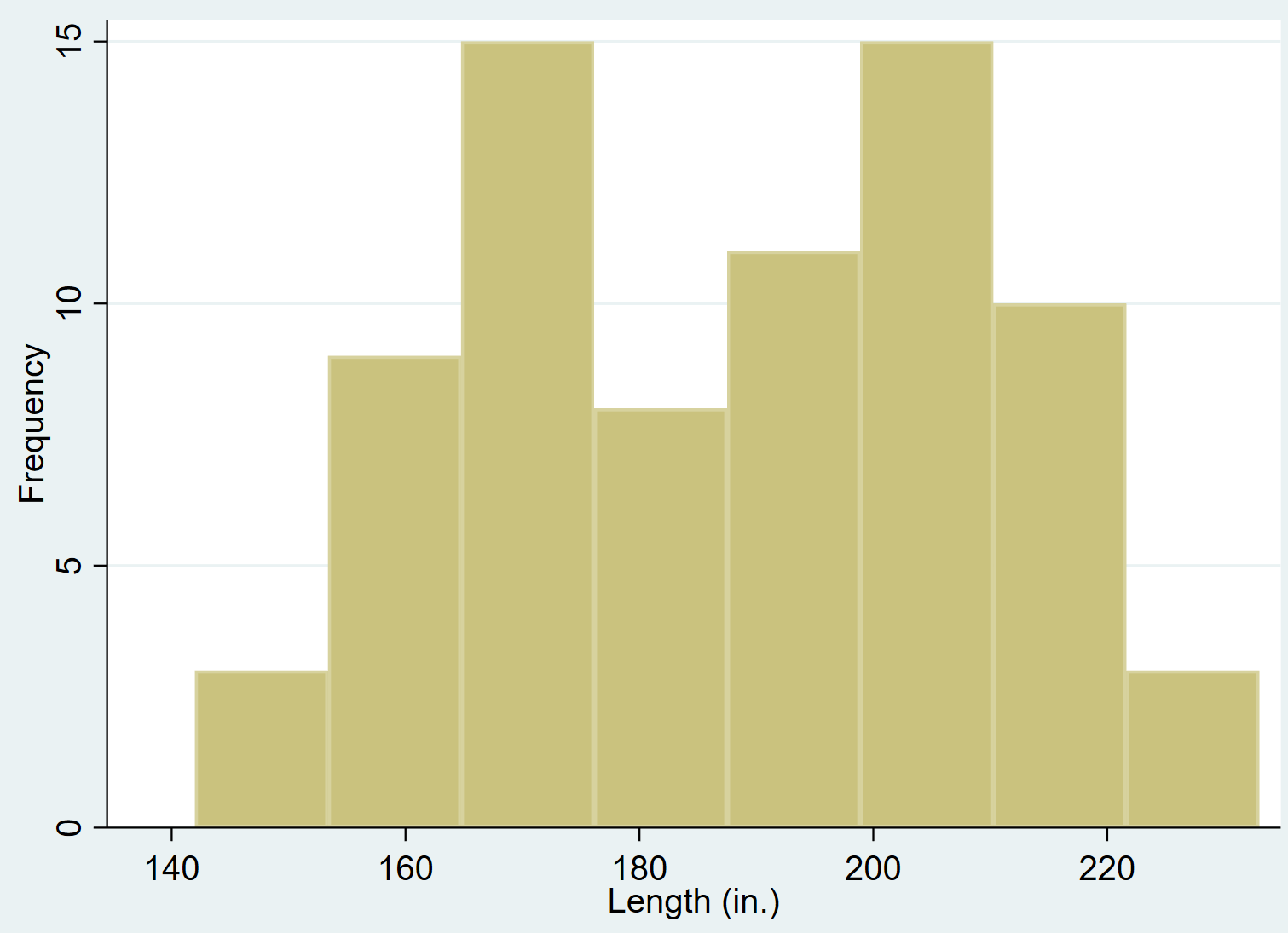 You can also change the y-axis to display percentages instead of frequencies by using the percent command: Changing the Number of Bins

When you use the hist function in Stata, it automatically tells you how many “bins” it used. For example, in the previous examples it always used 8 bins: 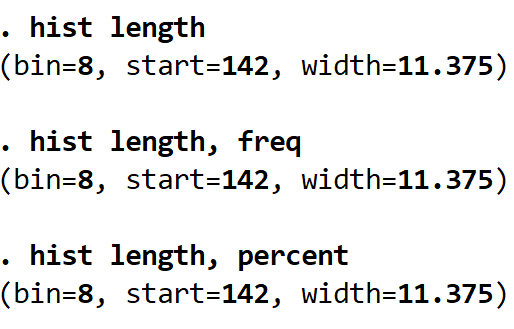 However, we can specify the exact number of bins by using the bin() command. For example, the following code tells Stata to use 16 bins instead of 8: 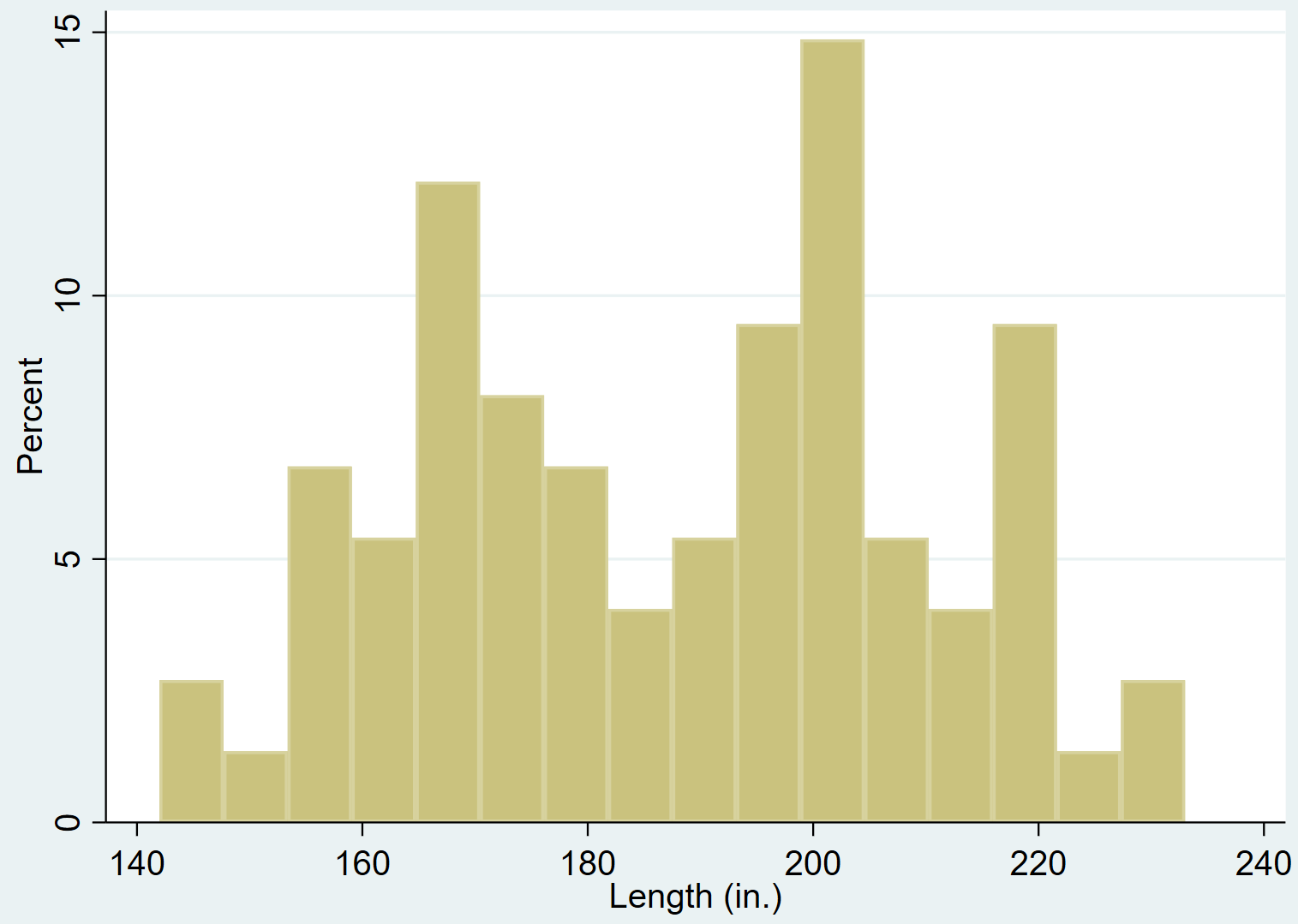 We can also tell Stata to use fewer bins: 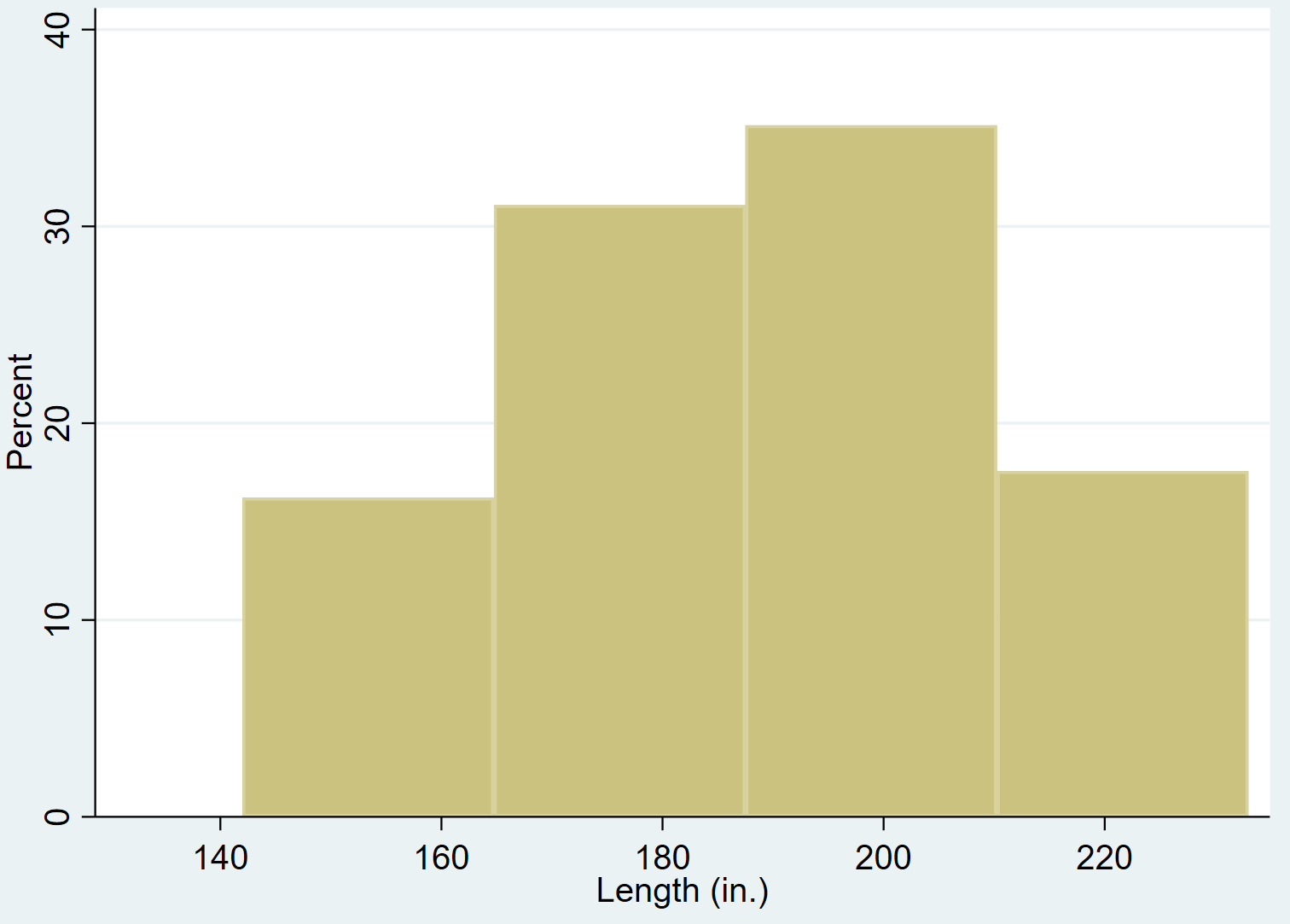 Notice that the more bins you use, the more granularity you can see in the data.

Adding a Normal Density to a Histogram

You can add a normal density curve to a histogram by using the normal command: 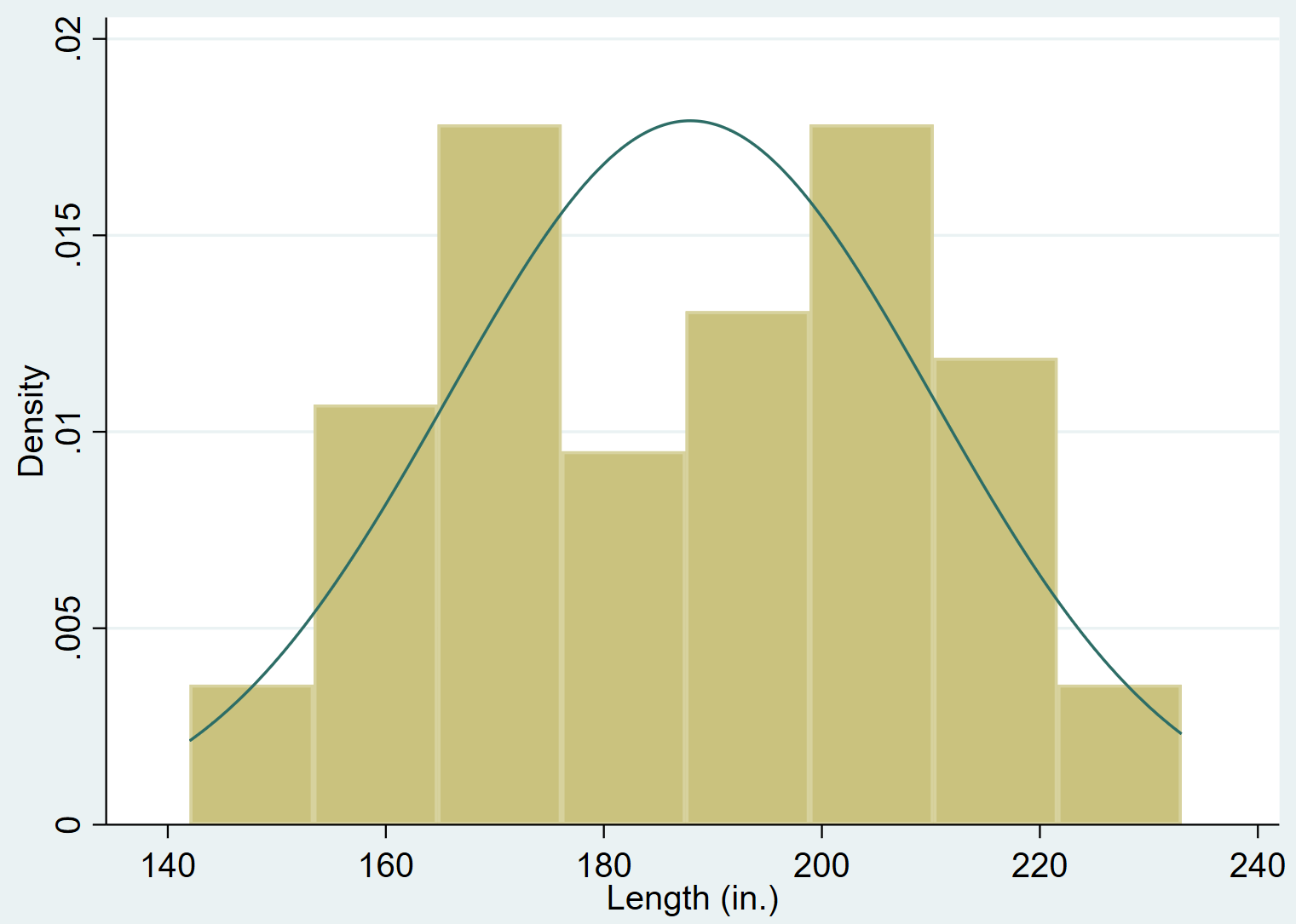 How to Modify Histograms in Stata

We can use several different commands to modify the appearance of the histograms.

We can add a title to the plot using the title() command: 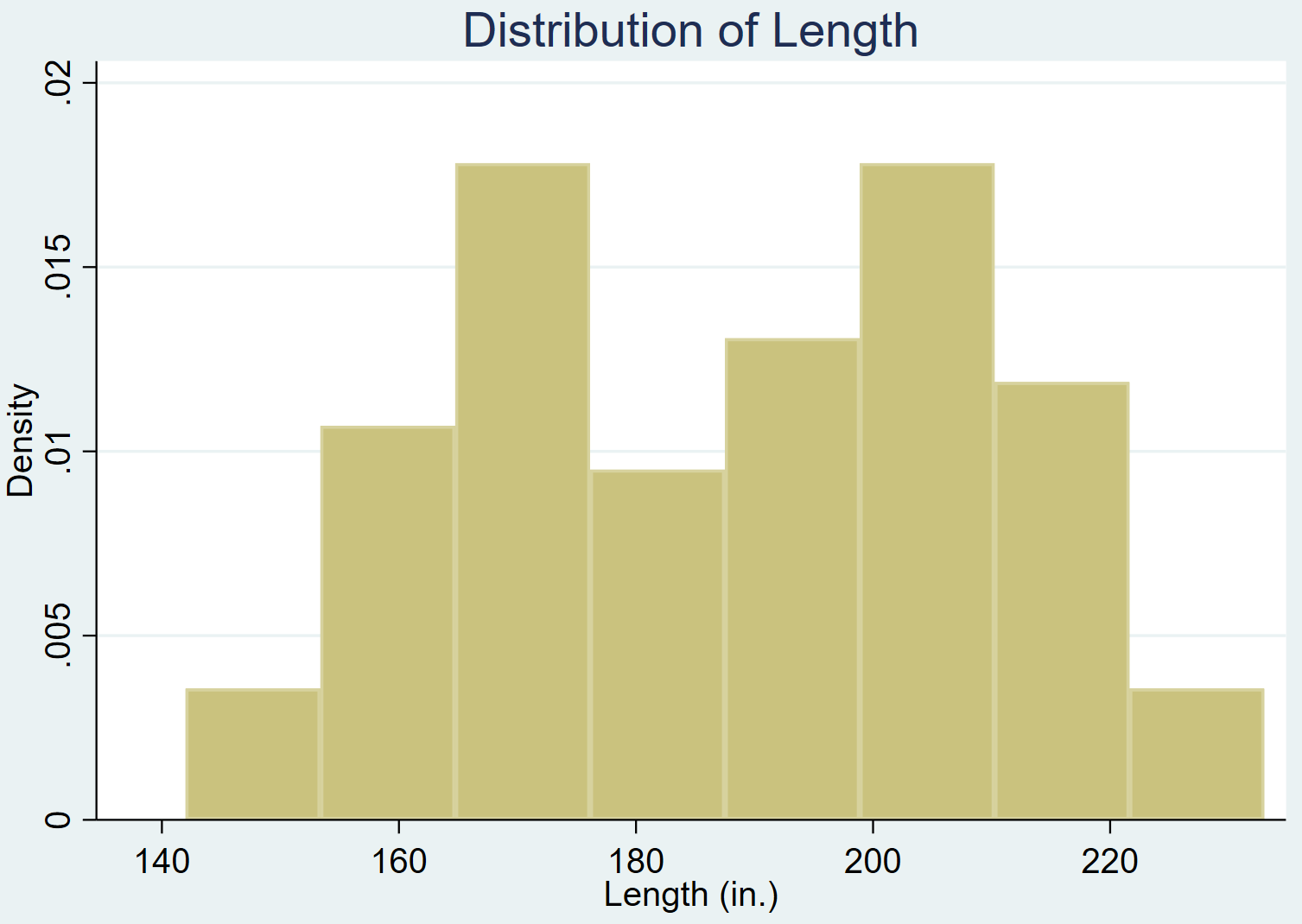 We can also add a subtitle underneath the title using the subtitle() command: 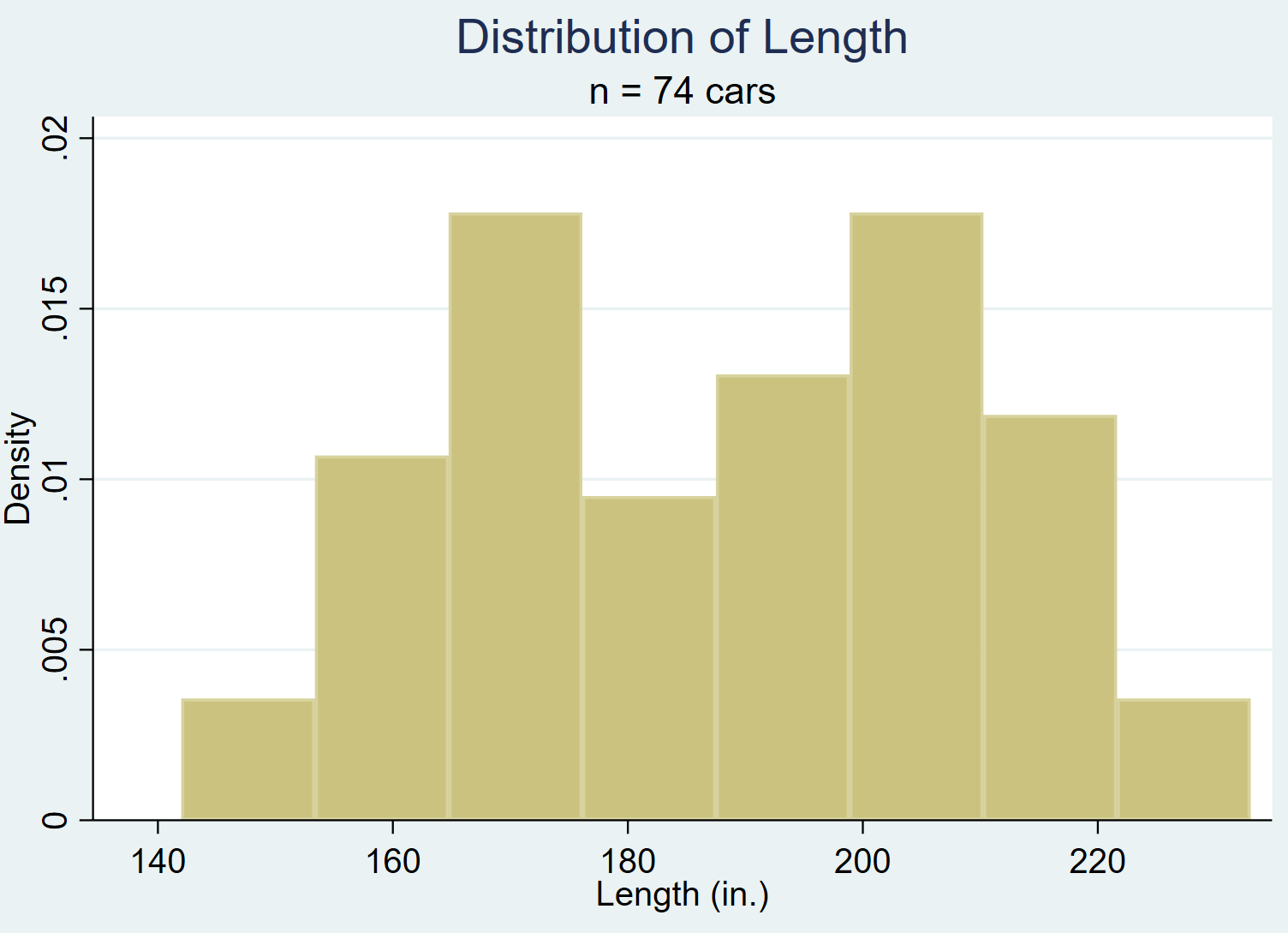 We can also add a note or comment at the bottom of the graph by using the note() command: 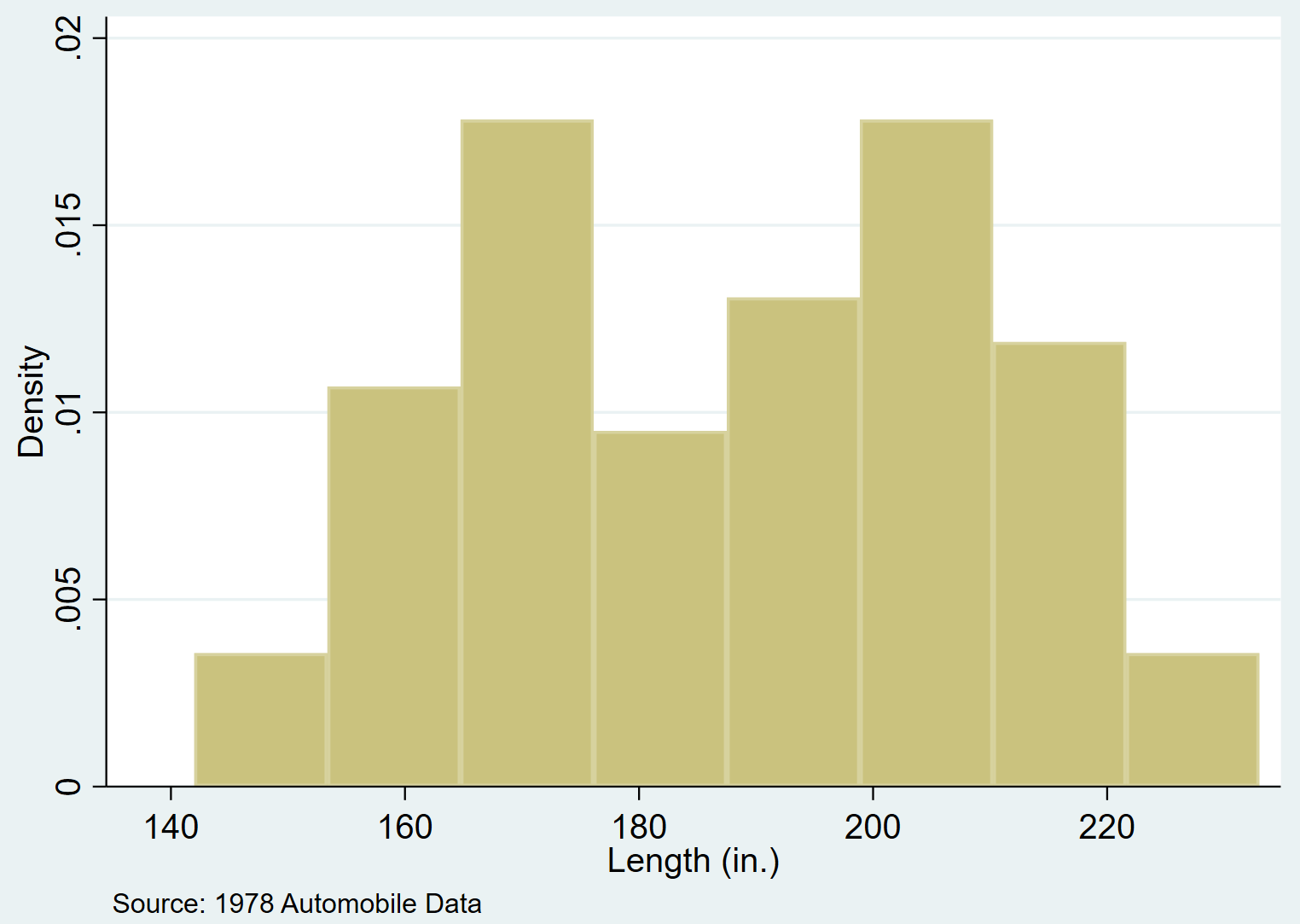