One of the most common forms of clustering is known as k-means clustering. Unfortunately this method requires us to pre-specify the number of clusters K.

An alternative to this method is known as hierarchical clustering, which does not require us to pre-specify the number of clusters to be used and is also able to produce a tree-based representation of the observations known as a dendrogram.

What is Hierarchical Clustering?

In practice, we use the following steps to perform hierarchical clustering:

1. Calculate the pairwise dissimilarity between each observation in the dataset.

To determine how close together two clusters are, we can use a few different methods including:

Depending on the structure of the dataset, one of these methods may tend to produce better (i.e. more compact) clusters than the other methods.

The following tutorial provides a step-by-step example of how to perform hierarchical clustering in R.

Step 3: Find the Linkage Method to Use

To perform hierarchical clustering in R we can use the agnes() function from the cluster package, which uses the following syntax:

Since we don’t know beforehand which method will produce the best clusters, we can write a short function to perform hierarchical clustering using several different methods.

Note that this function calculates the agglomerative coefficient of each method, which is metric that measures the strength of the clusters. The closer this value is to 1, the stronger the clusters.

We can see that Ward’s minimum variance method produces the highest agglomerative coefficient, thus we’ll use that as the method for our final hierarchical clustering: 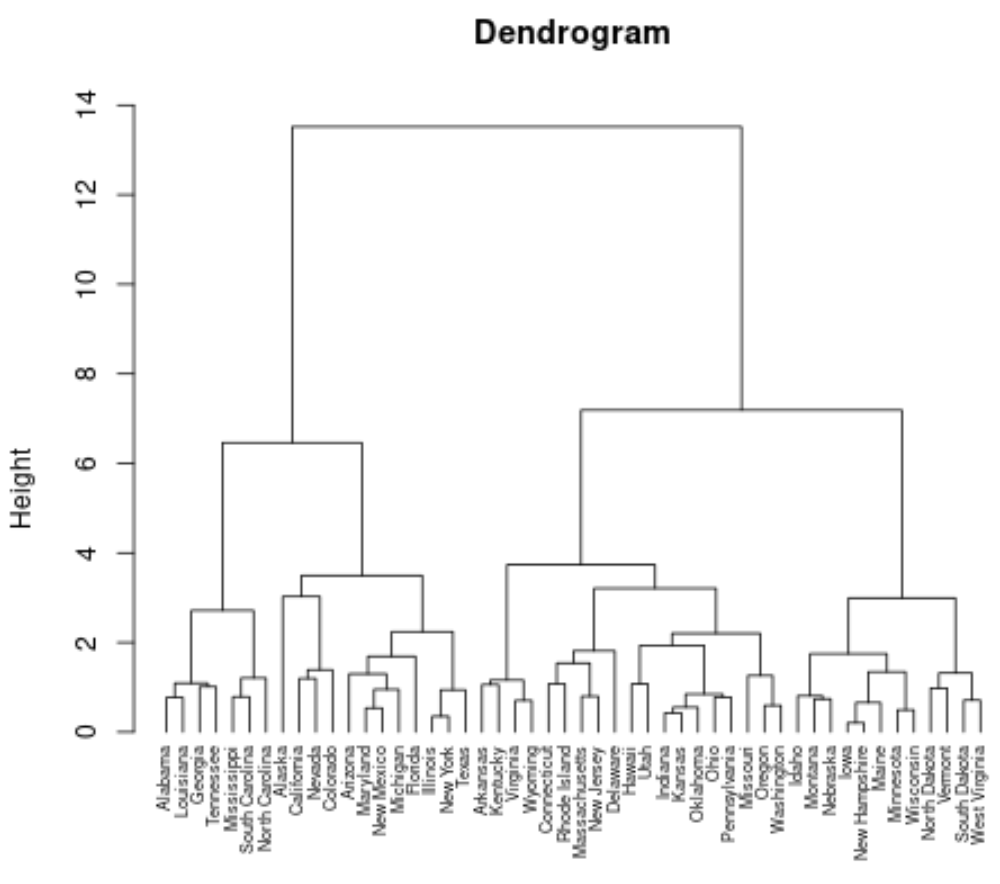 To determine how many clusters the observations should be grouped in, we can use a metric known as the gap statistic, which compares the total intra-cluster variation for different values of k with their expected values for a distribution with no clustering. 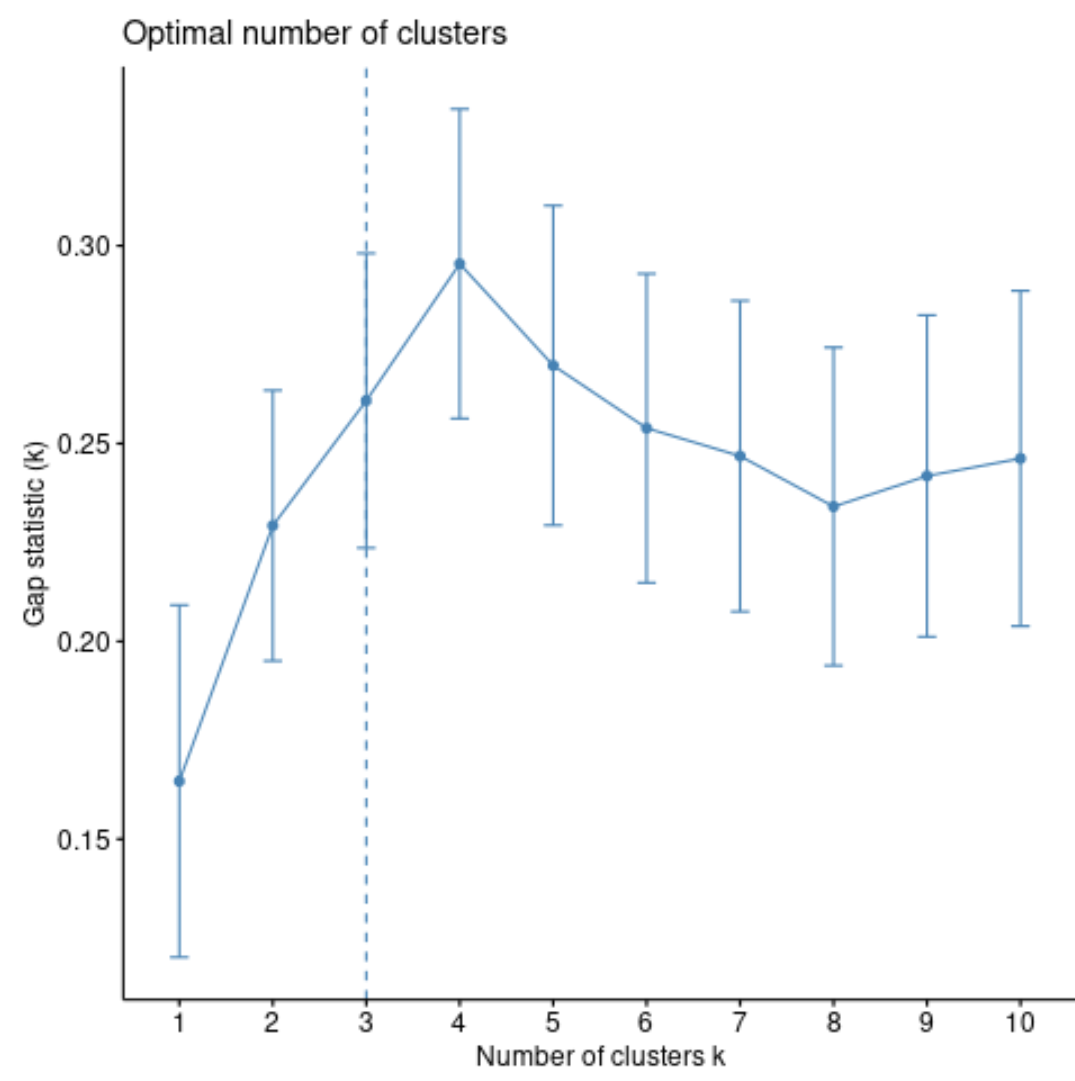 From the plot we can see that the gap statistic is highest at k = 4 clusters. Thus, we’ll choose to group our observations into 4 distinct clusters.

To actually add cluster labels to each observation in our dataset, we can use the cutree() method to cut the dendrogram into 4 clusters:

We can then append the cluster labels  of each state back to the original dataset:

Lastly, we can use the aggregate() function to find the mean of the variables in each cluster:

We interpret this output is as follows: