Grubbs’ Test is a statistical test that can be used to identify the presence of one outlier in a dataset. To use this test, the dataset you’re analyzing should be approximately normally distributed and, ideally, should have at least 7 observations.

Note: If you suspect that there is more than one outlier in the dataset, then you should instead use the generalized extreme studentized deviate test for outliers.

If you suspect that the maximum value in the dataset is an outlier, the test statistic is calculated as:

If you suspect that the minimum value in the dataset is an outlier, the test statistic is calculated as:

And if you’re not sure if the maximum value or minimum value in the dataset is an outlier and you want to perform a two-sided test, then the test statistic is calculated as:

The critical value for the test is calculated as:

where tcritical is the critical value of the t distribution with n-2 degrees of freedom and the significance level is α/n for a single-tail test and α/(2n) for a two-tailed test.

Determine whether or not the value 60 is an outlier in the following dataset: 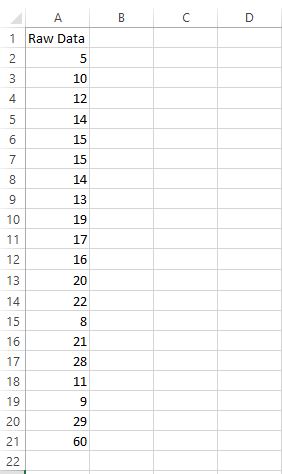 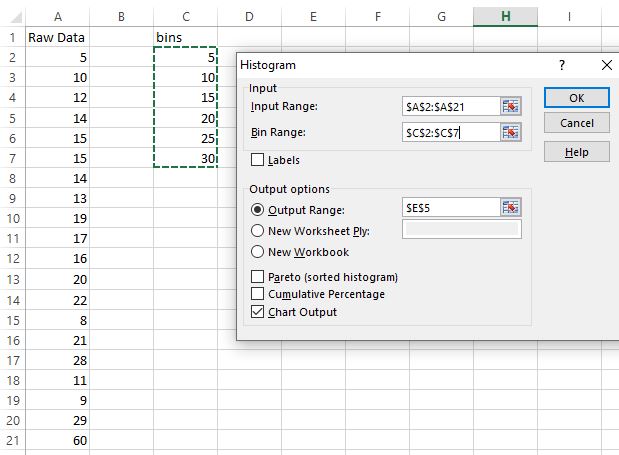 From the histogram, we can see that the data is roughly normally distributed. This means that we can go ahead and conduct Grubbs’ Test. 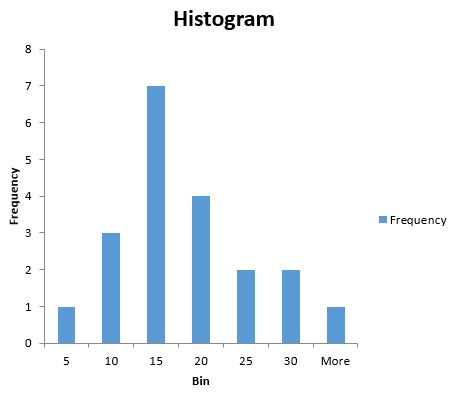 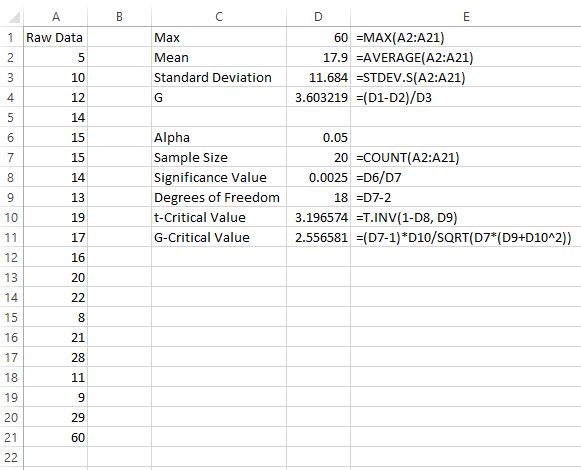 What to Do if an Outlier is Identified

If Grubbs’ Test does identify an outlier in your dataset, you have a few options:

No matter what you decide to do with the outlier, be sure to make a note of it when you present the final conclusions of your analysis.