You can use the following syntax in a Google Sheets query to add a column that contains row numbers:

This particular query will select the values from column Col1 (column A) and Col3 (column C) where the value in Col1 is equal to “Mavs” – this query also assumes that Col3 is blank so that Col3 will simply be used to find the row numbers.

Note: We must wrap the QUERY in an ARRAYFORMULA so that we can get the row numbers for each row and not just the first row. 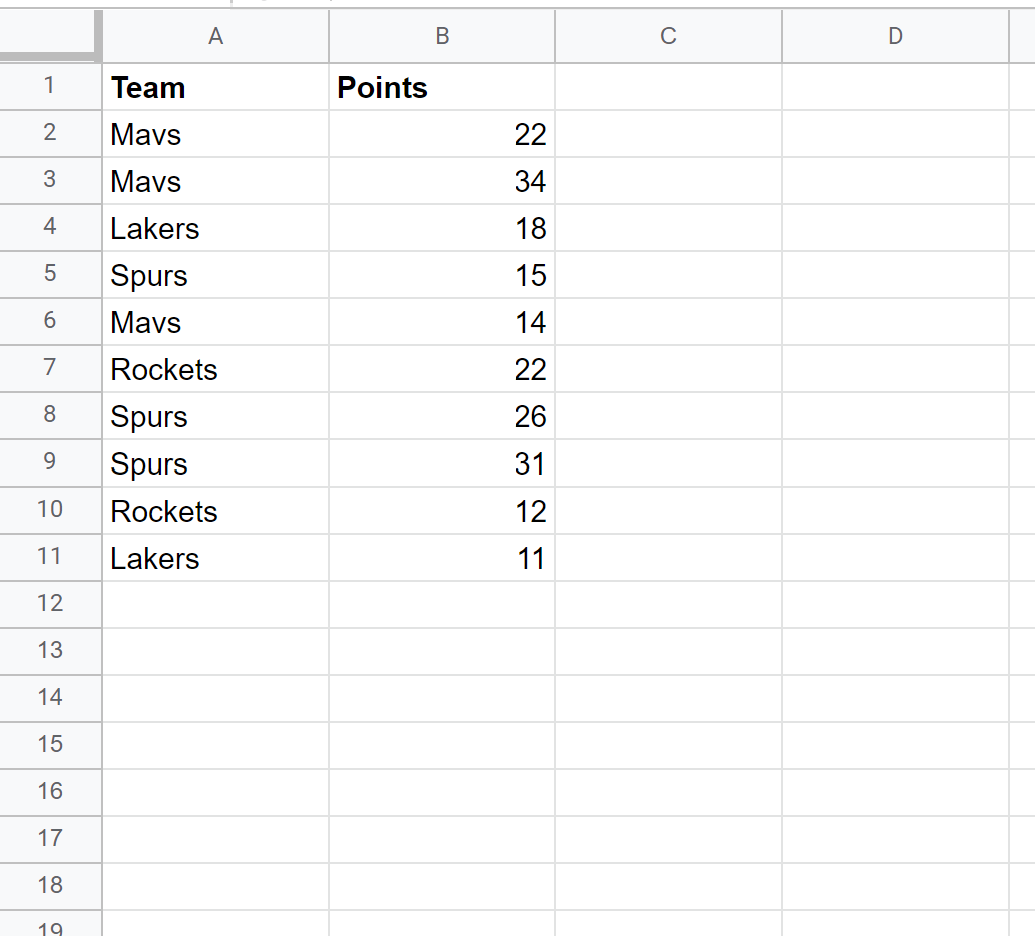 We can use the following formula to select all of the values in column A where the team is equal to “Mavs” and select the row number for each row as well: 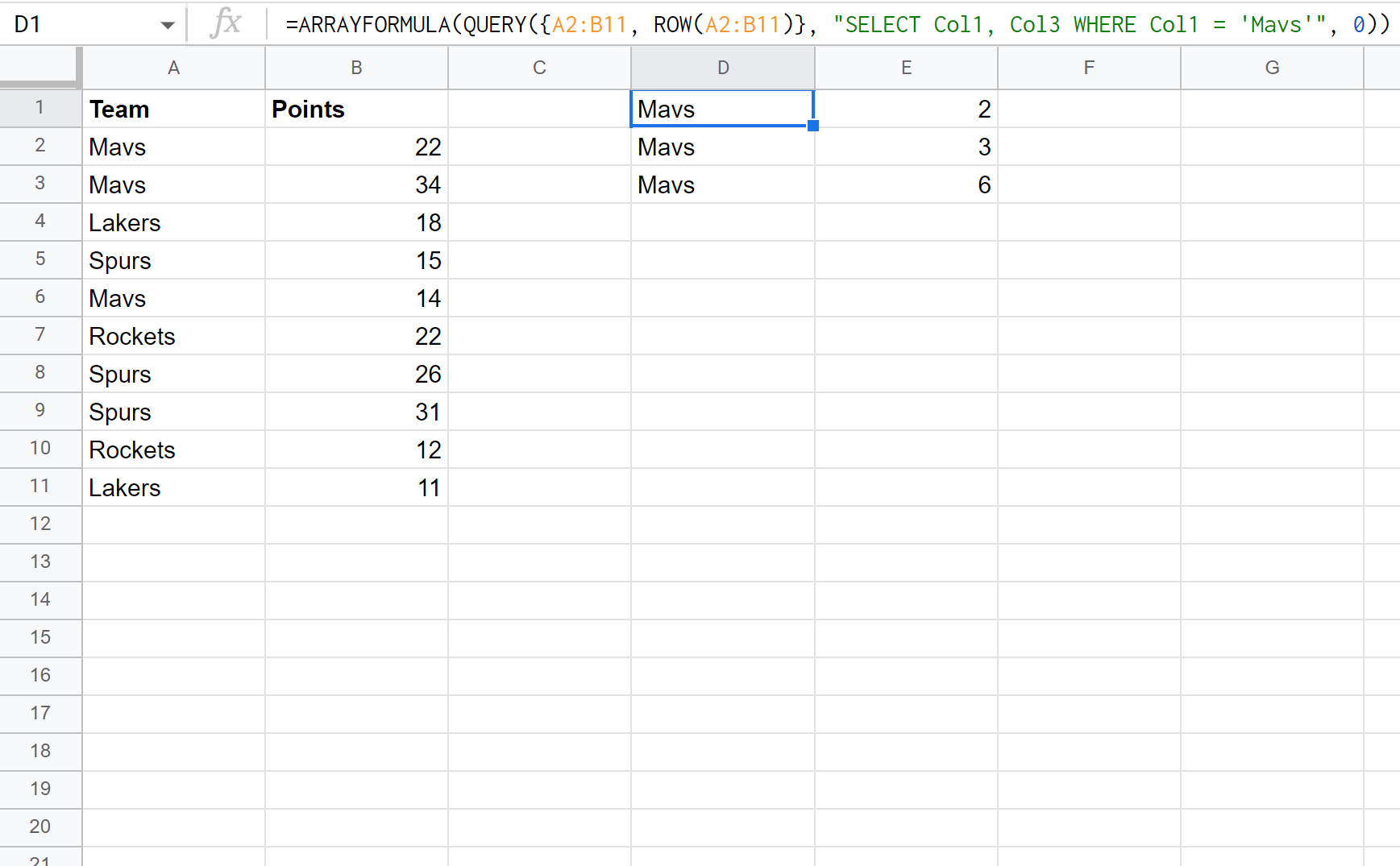 The query returns the values from column A where the team is equal to “Mavs” along with the row number for each of these rows.

From the output we can see that the players on the “Mavs” team are found in rows 2, 3, and 6 in the original dataset.