You can use the following syntax in a Google Sheets query to reference a named range:

Note: The named range must be wrapped in curly brackets, otherwise Google Sheets will throw an error. 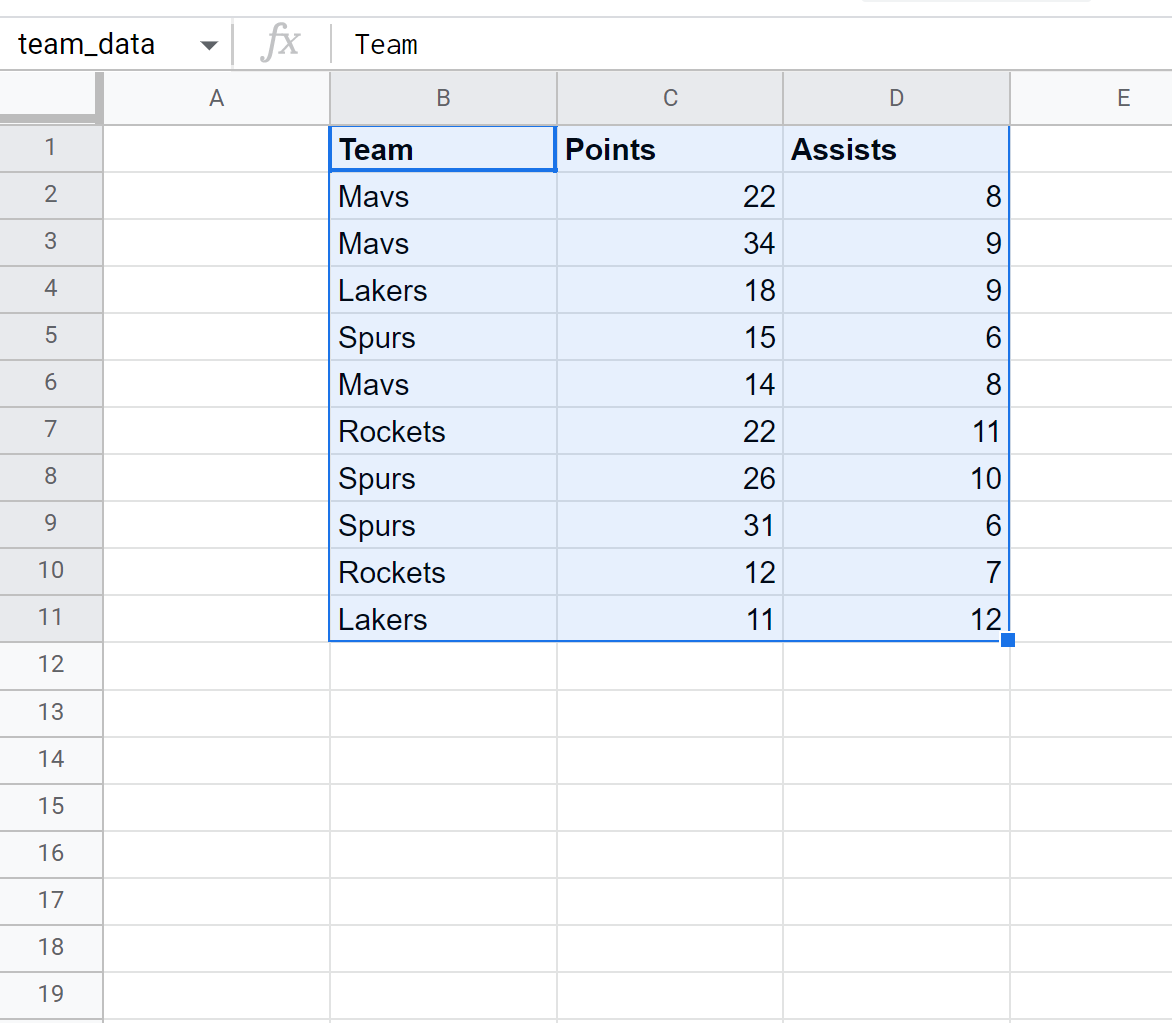 Notice in the Name box in the top left corner that this particular range of cells B1:D11 is named team_data.

We can use the following formula to select the first and third columns from this named range where the value in the first column is equal to “Mavs”: 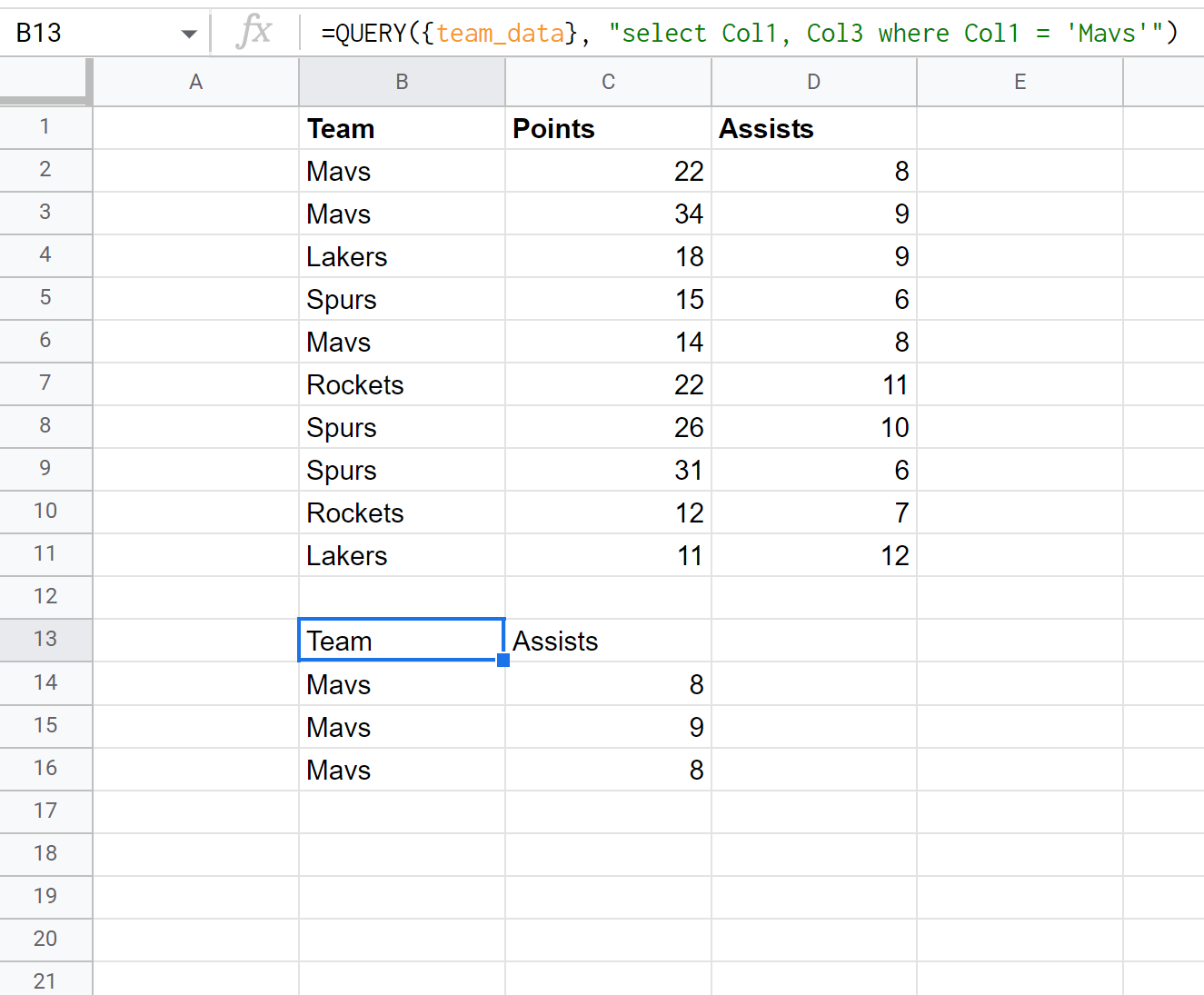 The benefit of using a named range in our query is that if the location of our original dataset is moved for any reason, the query will still work.

For example, suppose we shift our entire dataset one column to the left.

Our query with the named range will still work: 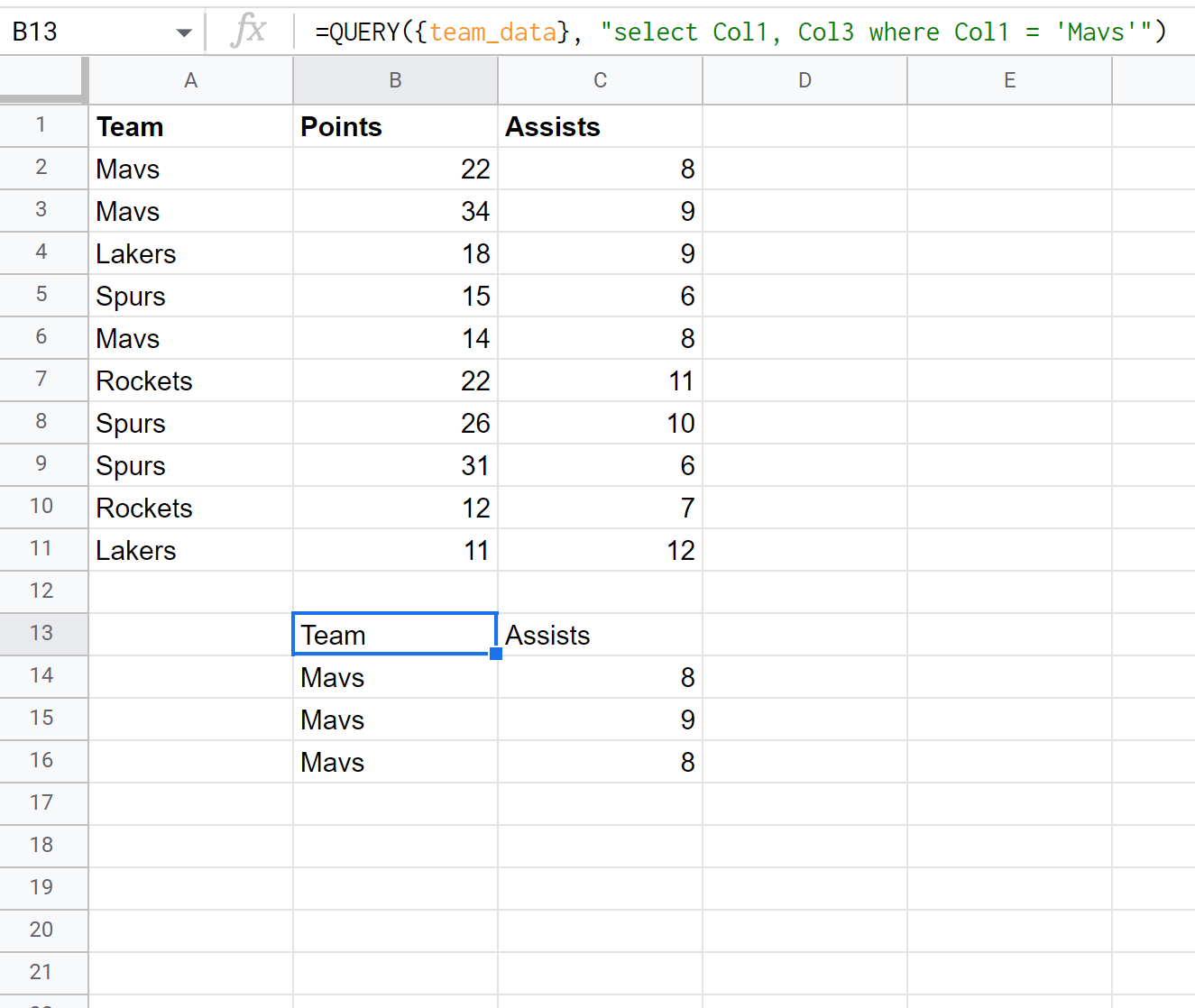 The query returns the same results as the previous example even though our cell range has been shifted.