You can use the LIMIT clause to limit the number of rows returned by a Google Sheets query.

The LIMIT clause is particularly useful when you want to get a glimpse at a few rows that meet some criteria without displaying every row in the entire dataset that meets some criteria.

This particular query will return the header row from the range A1:C11 along with the first 5 rows. 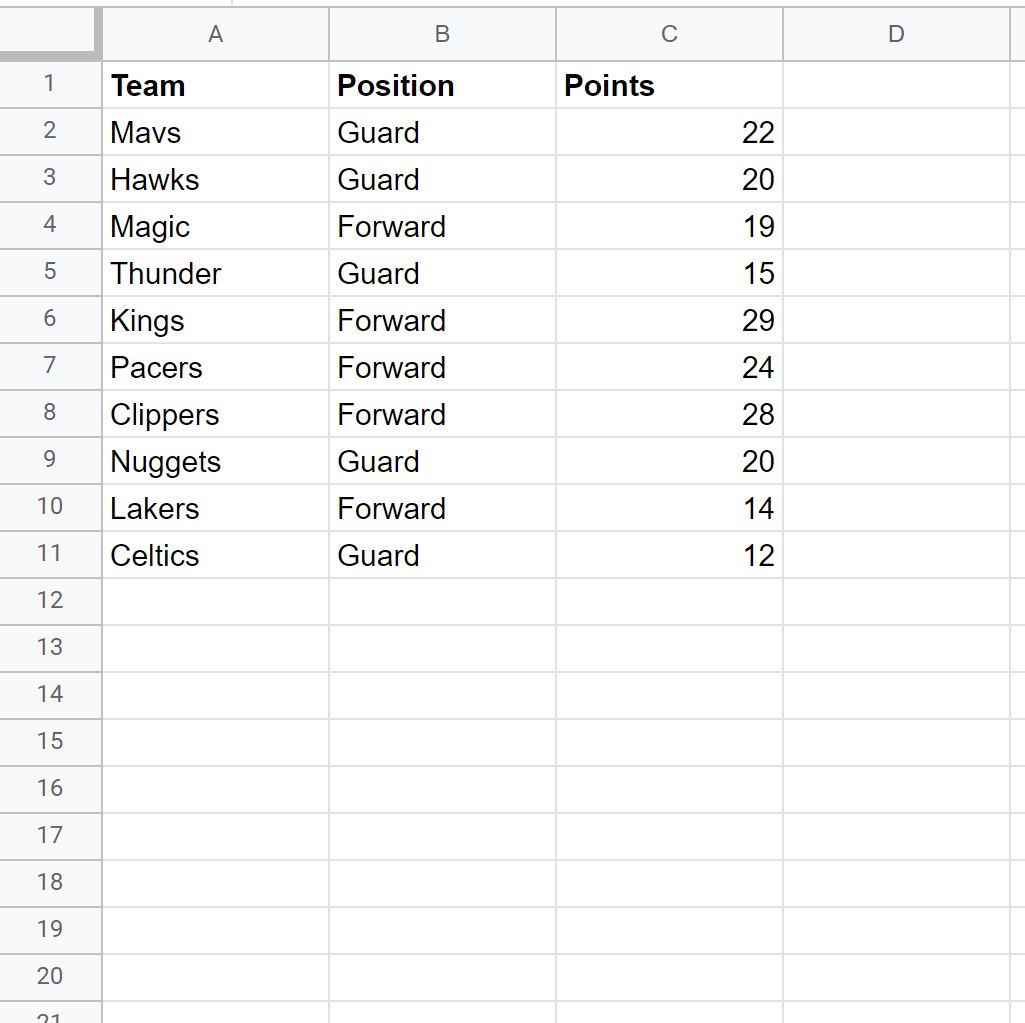 We can use the following query to return the header row along with the first five rows in the dataset: 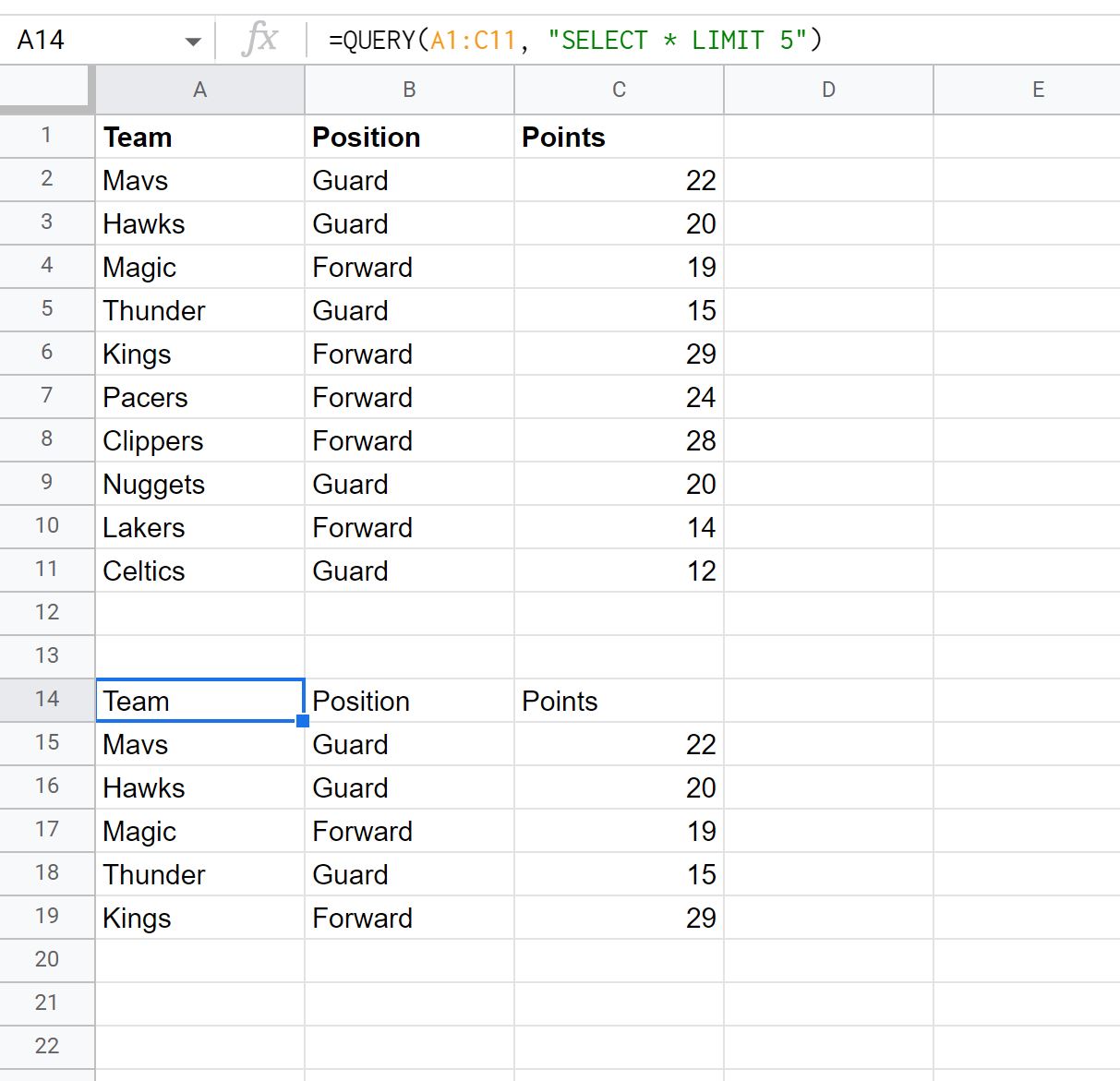 Notice that the header row along with the first five rows are returned.

It’s worth noting that if the query would naturally return less than 5 rows, then the LIMIT clause won’t force the output to display five rows.

For example, suppose we use the following query to display all players who have more than 25 points: 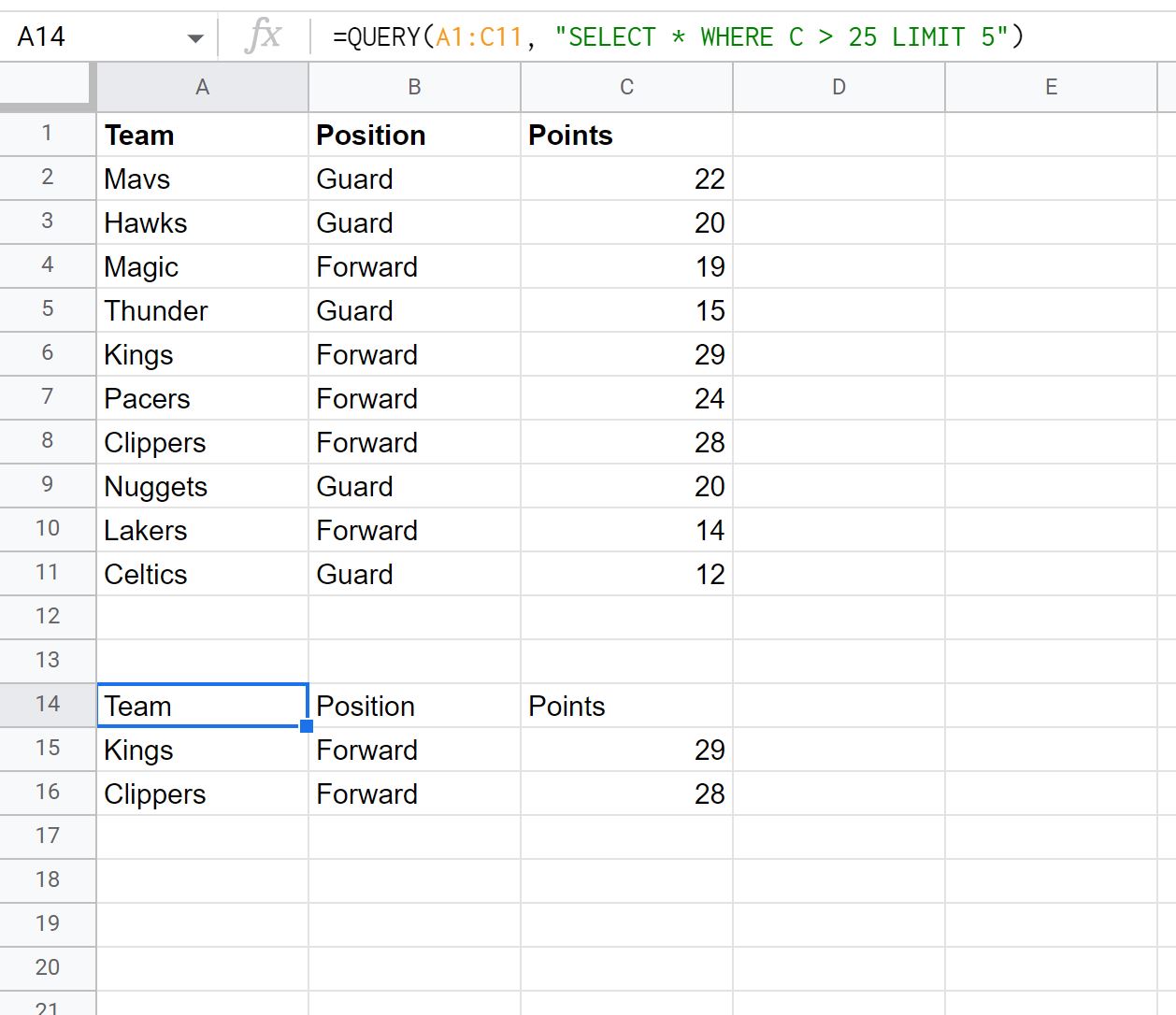 Notice that only two rows are returned because there are only two players in the original dataset that have more than 25 points.

Notice that the LIMIT 5 clause didn’t force the output to have 5 rows.

Rather, the LIMIT clause simply sets a maximum value on the number of rows that will be returned.