You can use the IMPORTRANGE function in Google Sheets to import data from another spreadsheet.

However, if you would like to import data from one sheet to another sheet within the same workbook, there is no need to use the IMPORTRANGE function.

Instead, it’s much easier to use the QUERY function.

For example, you can use the following syntax to import the cells in the range B1:B9 from a sheet called assists into your current sheet:

This is much more efficient than using the IMPORTRANGE function and typing out the URL where the sheet is located just to import the data.

Example: Using QUERY to Import Data from One Sheet into Another Sheet

Suppose we have the following sheet called points that contains information about the points scored by basketball players on various teams: 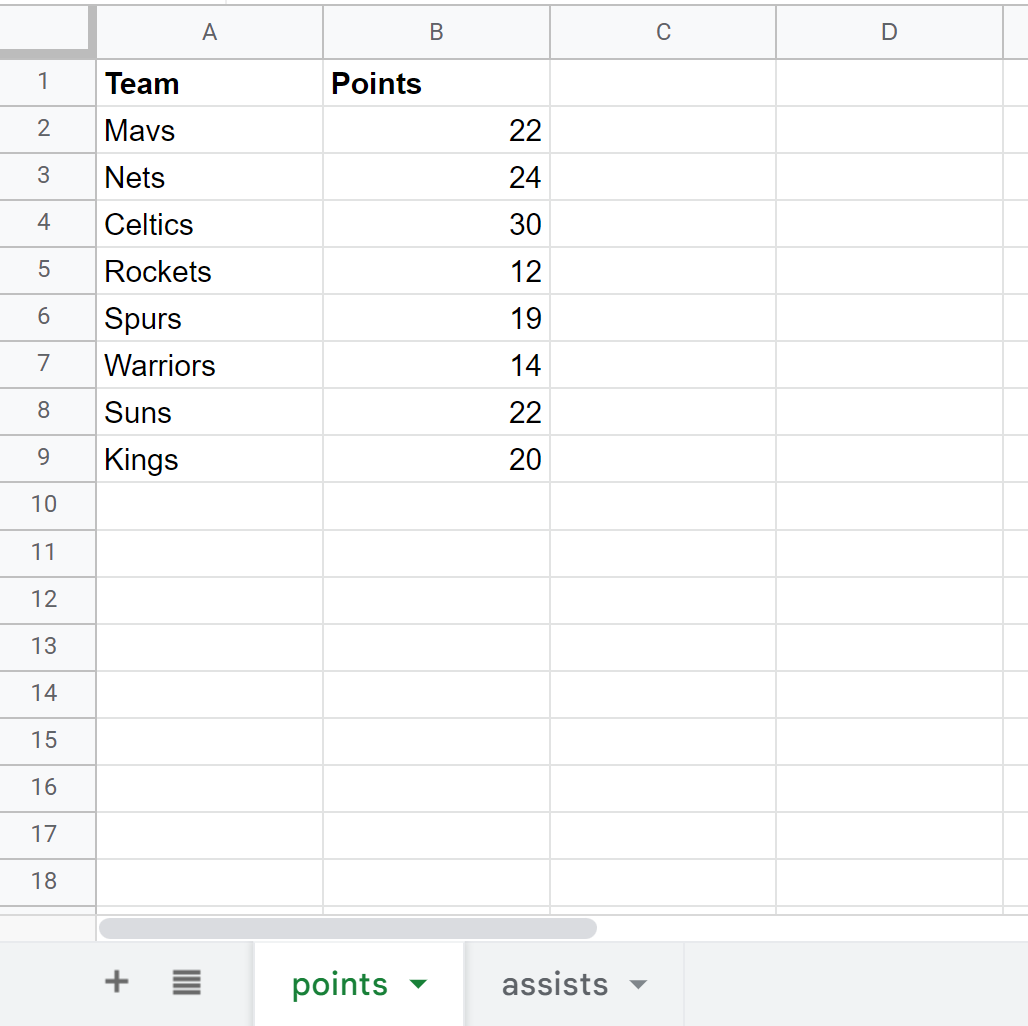 And suppose we have another sheet within the same workbook called assists that contains information about the assists made by the same basketball players: 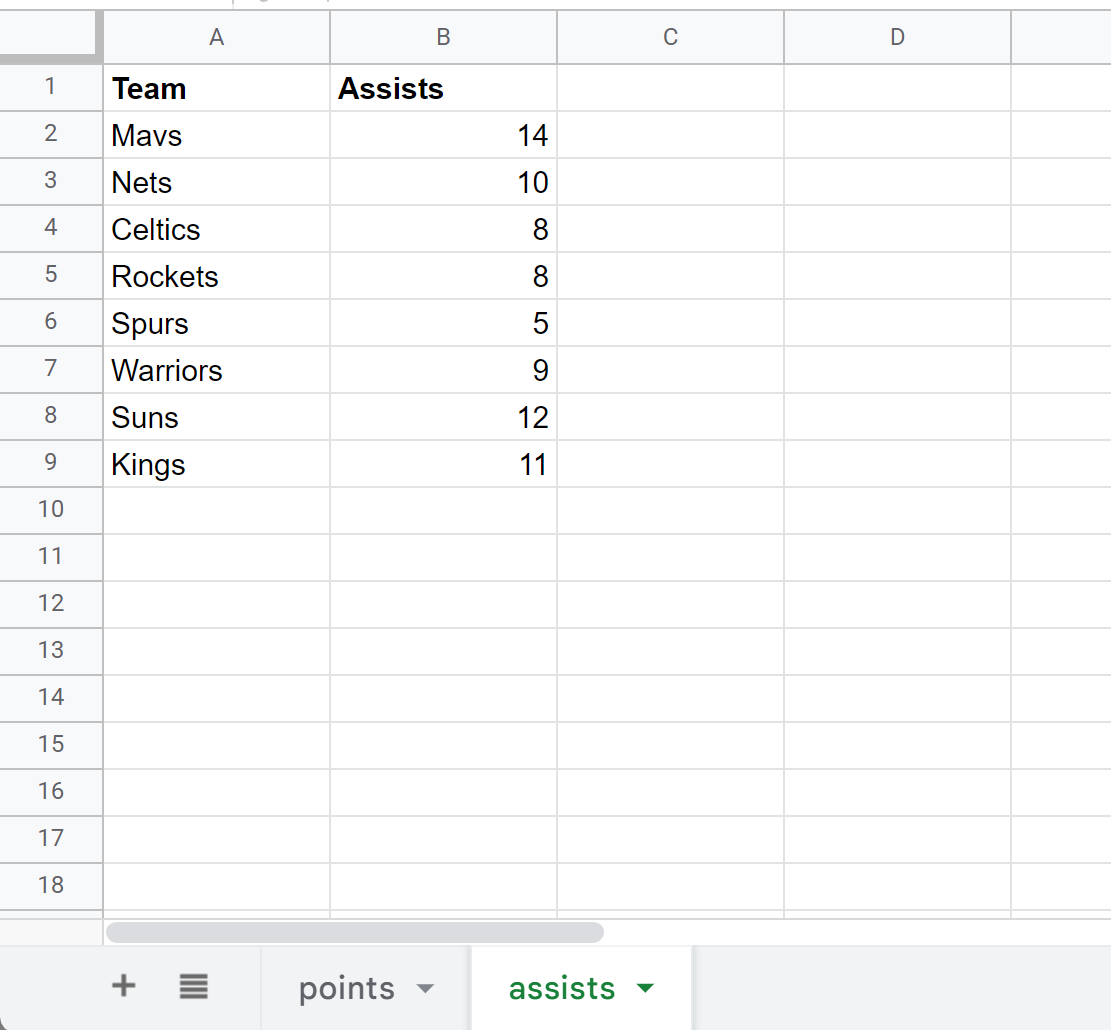 We can type the following formula into cell C1 of the points sheet to import the values in the range B1:B9 from the assists sheet:

The following screenshot shows how to use this syntax in practice: 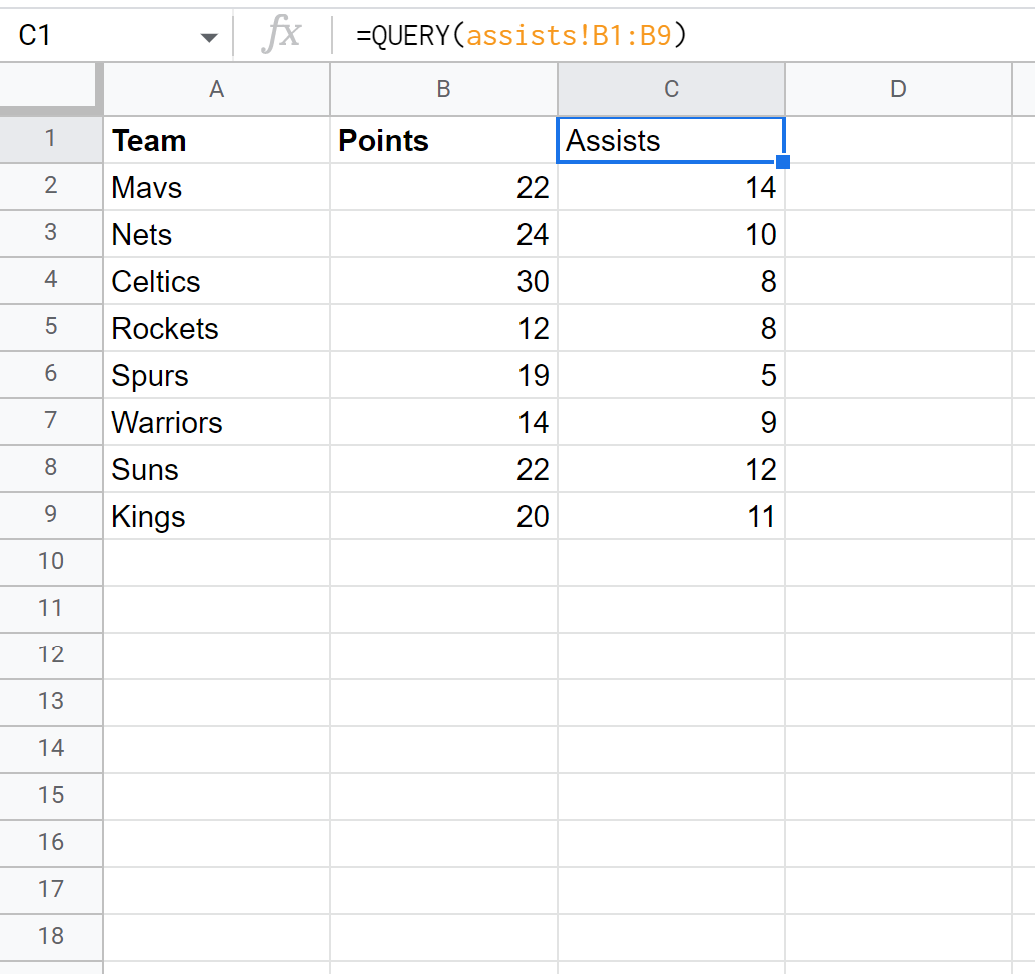 Notice that we’re able to successfully import the values from B1:B9 in the assists sheet into the points sheet by using the QUERY function.

Since the data that we were interested in importing was located within the same workbook, there was no need to use the IMPORTRANGE function.