You can use the IMPORTRANGE function in Google Sheets to import data from another spreadsheet.

To apply a filter to the IMPORTRANGE function, you can use the following syntax:

This particular example will import the cells in the range A1:C12 from the sheet called sheet1 from some workbook and filter the range to only show the rows where the value in column 2 is equal to “Spurs.”

Example: How to Filter IMPORTRANGE Data

Suppose we would like to import data from a Google spreadsheet with a sheet named stats located at the following URL: 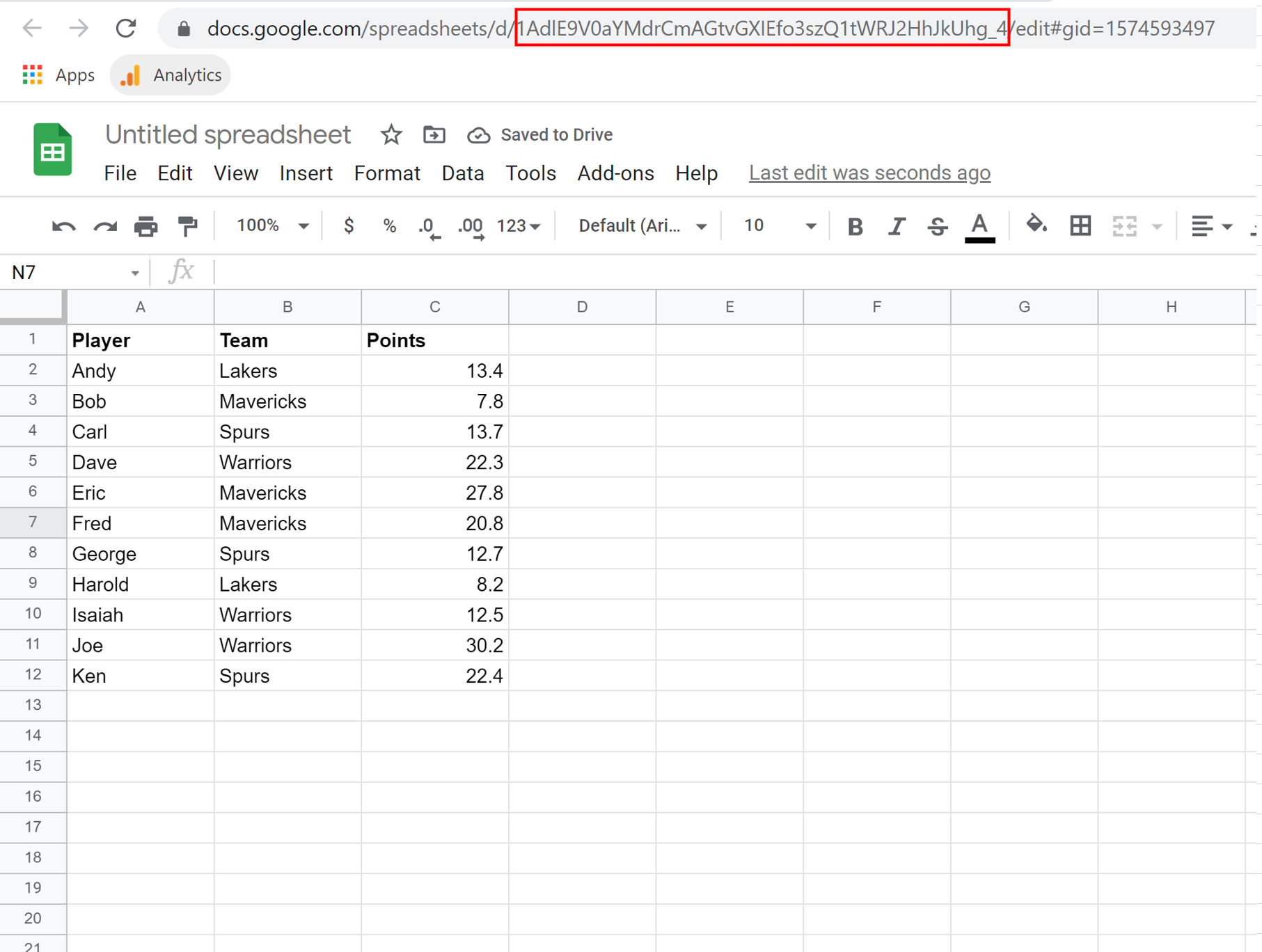 Also suppose that we would only like to import the rows where the value in the second column (the “Team” column) has a value of “Spurs.”

We can type the following formula into cell A1 of our current spreadsheet to import this particular data:

The following screenshot shows how to use this syntax in practice:

Notice that only the rows where the value in the Team column is equal to “Spurs” were imported.

To filter the rows where the Team column is equal to a different name, simply replace “Spurs” with a different team name in the formula.