You can use the custom formula function in Google Sheets to apply conditional formatting based on a cell value from another sheet.

The following example shows how to use the custom formula function in practice.

Example: Conditional Formatting Based on Another Sheet

Suppose we have the following dataset in Sheet1 that shows the total points scored by various basketball teams: 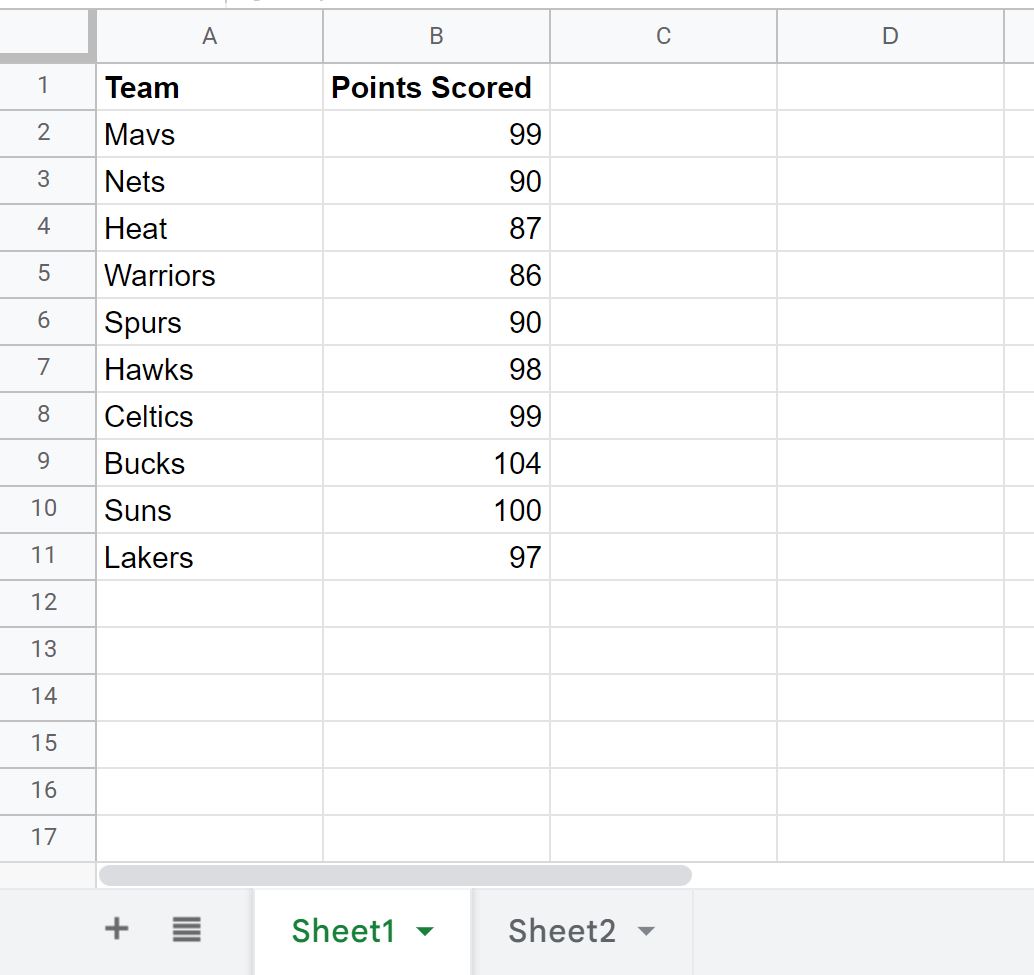 And suppose we have the following dataset in Sheet2 that shows the total points allowed by the same list of teams: 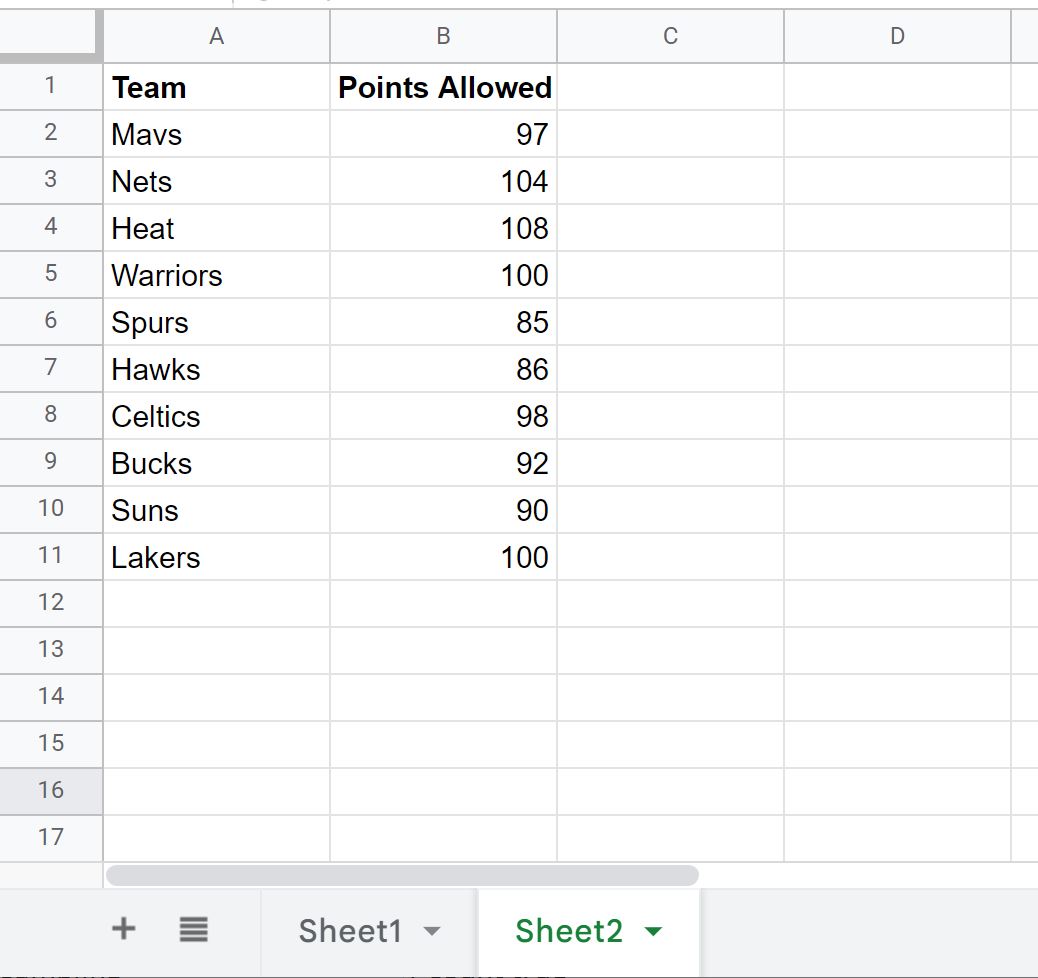 To do so, we can highlight the cells in the range A2:A11, then click the Format tab, then click Conditional formatting: 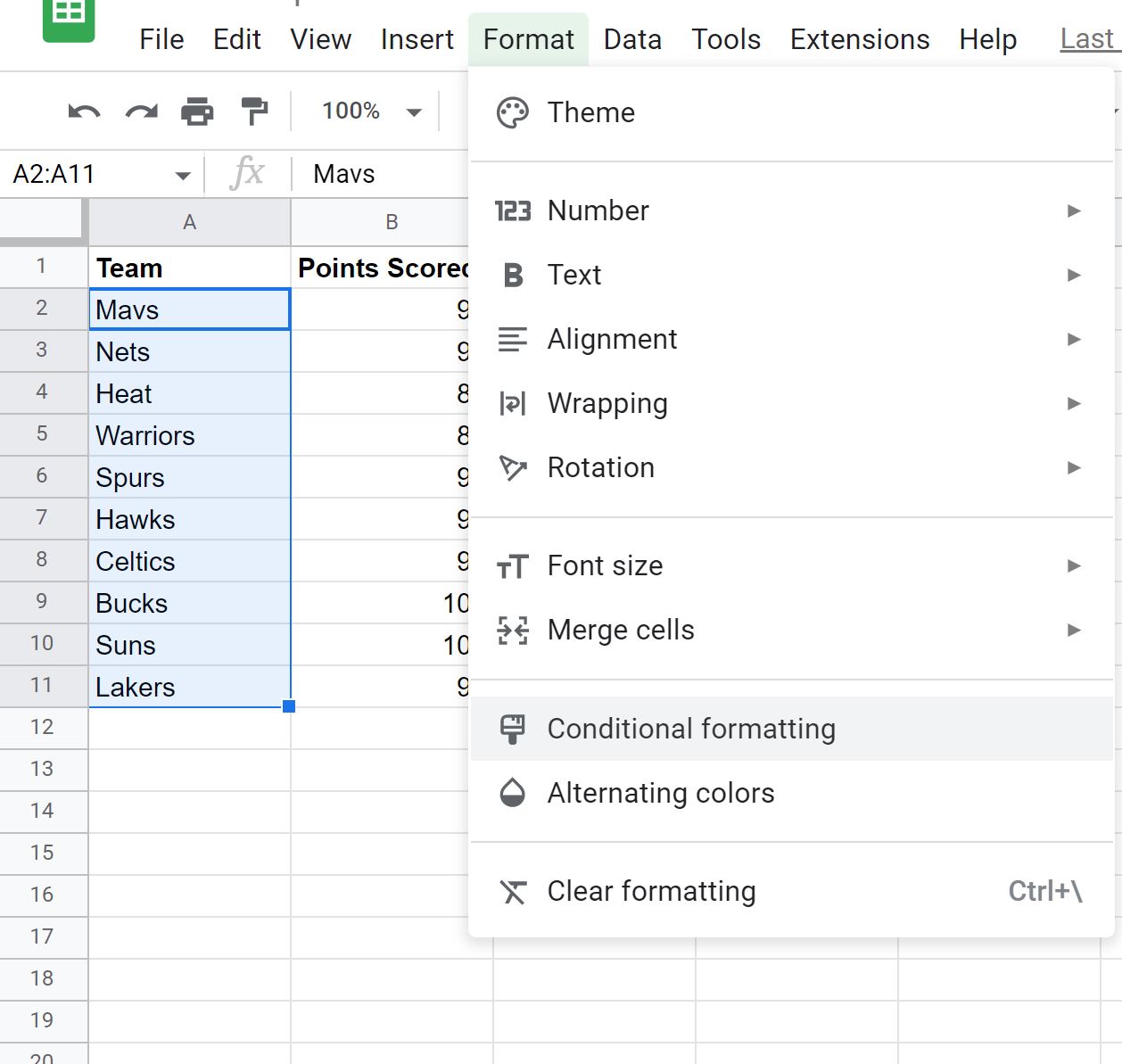 In the Conditional format rules panel that appears on the right side of the screen, click the Format cells if dropdown, then choose Custom formula is, then type in the following formula: 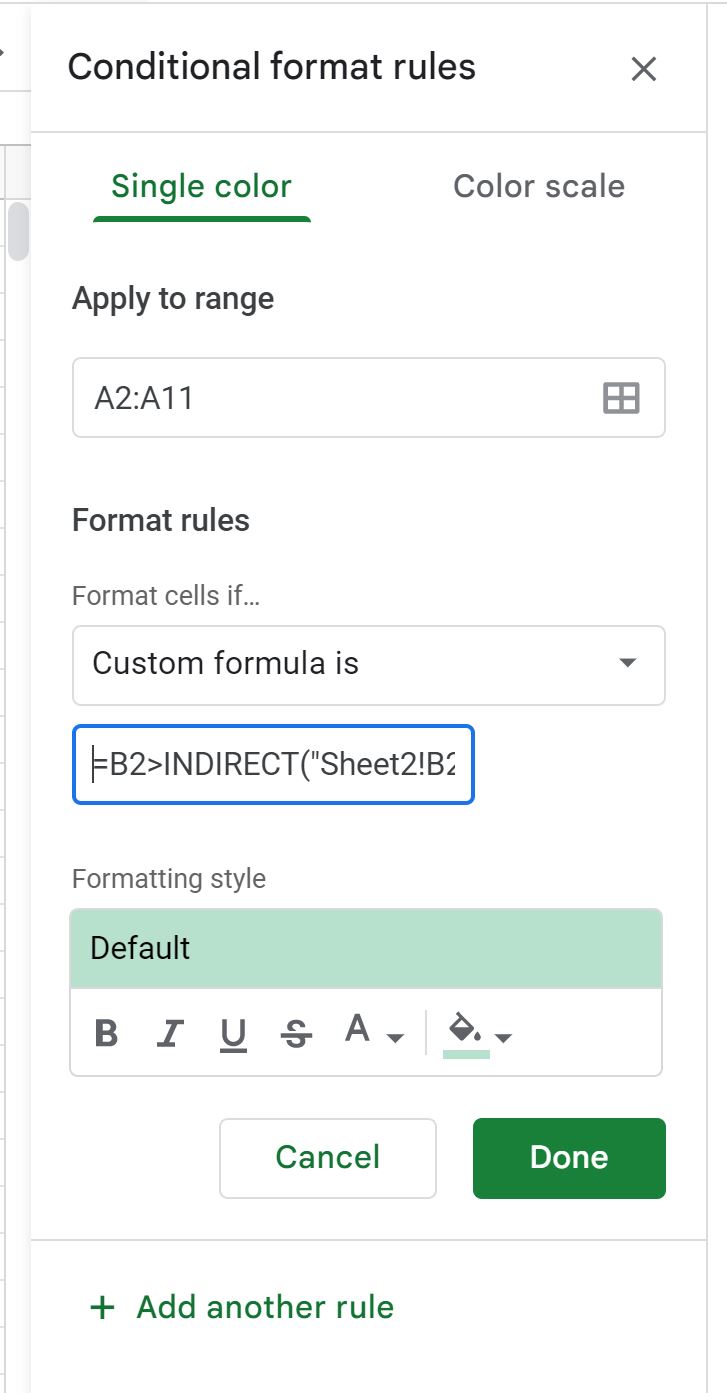 Note: It’s important that you include the equal sign (=) at the beginning of the formula, otherwise the conditional formatting won’t work. 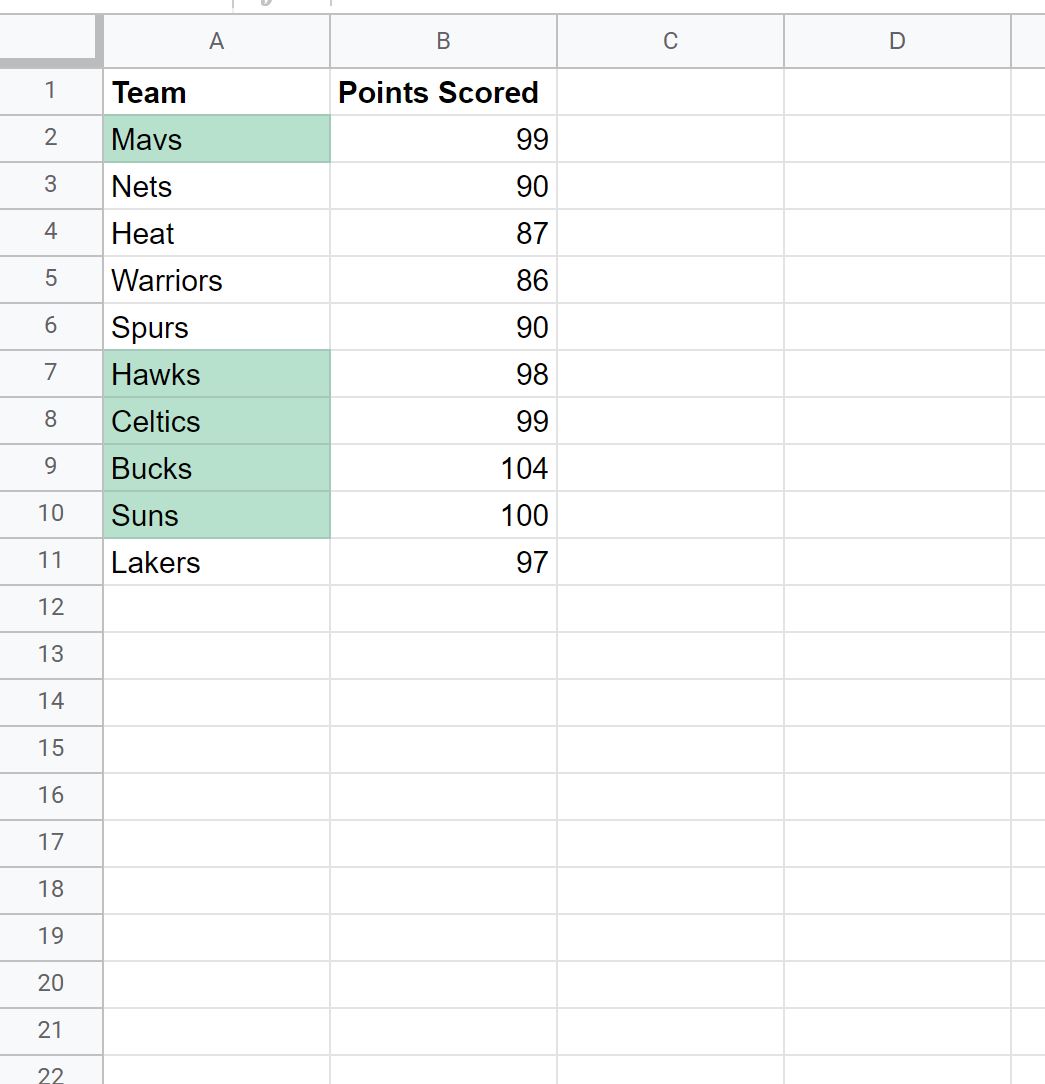 For example, if your sheet is called Sheet 2 then you should use the following syntax when defining the formatting rule: