You can use the following basic syntax to concatenate strings with a space in Google Sheets:

This particular formula will concatenate the strings in cells A2 and B2 with a space in between the strings.

Suppose we have the following dataset in Google Sheets that contains the city location and team name of various basketball teams: 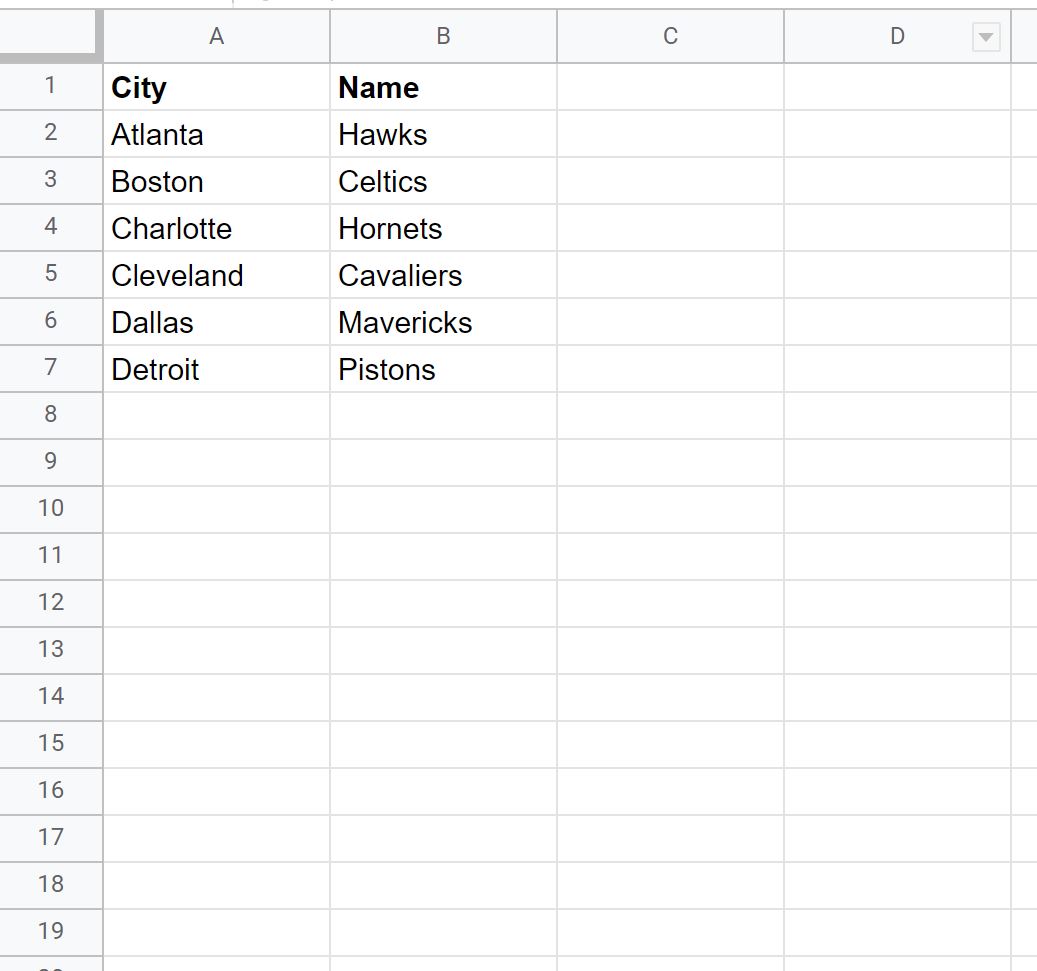 If we use the following CONCATENATE function to concatenate the city and team names into one cell, no space will be added by default: 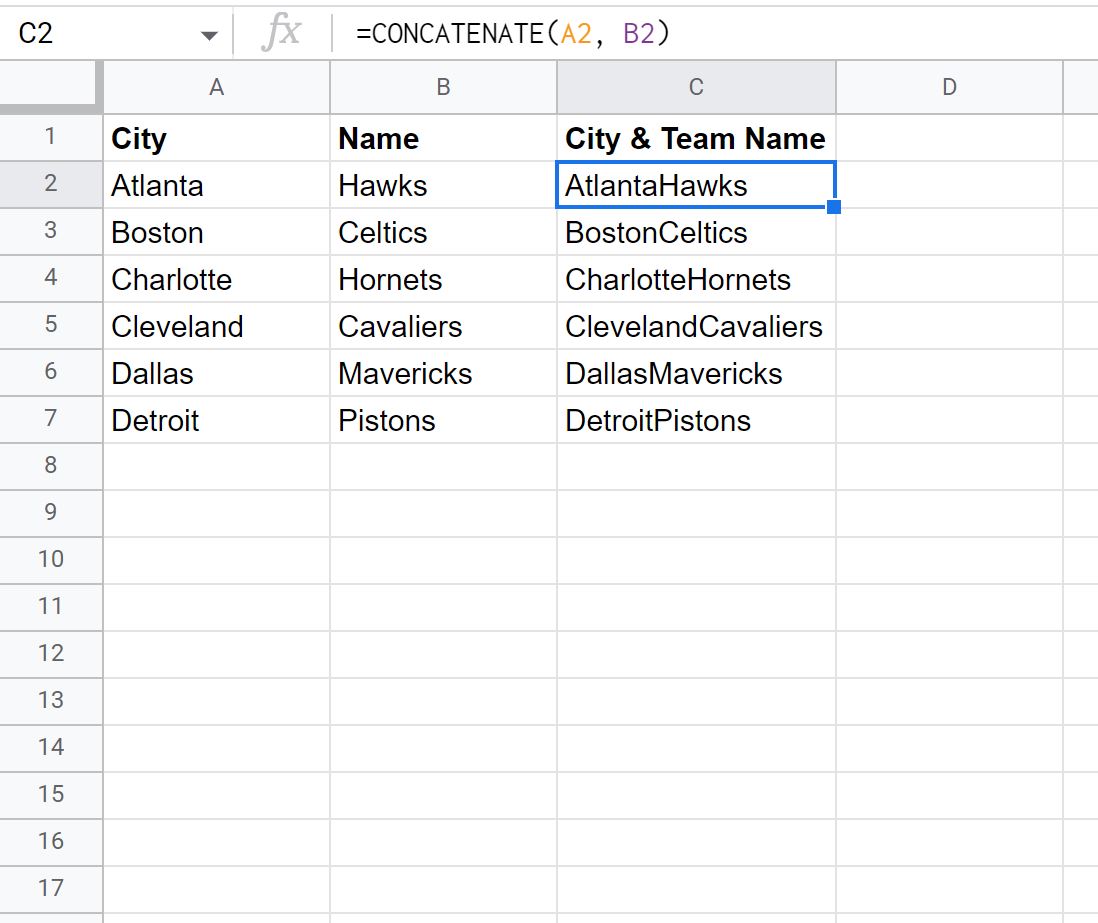 To concatenate with a space, we must explicitly use a space: 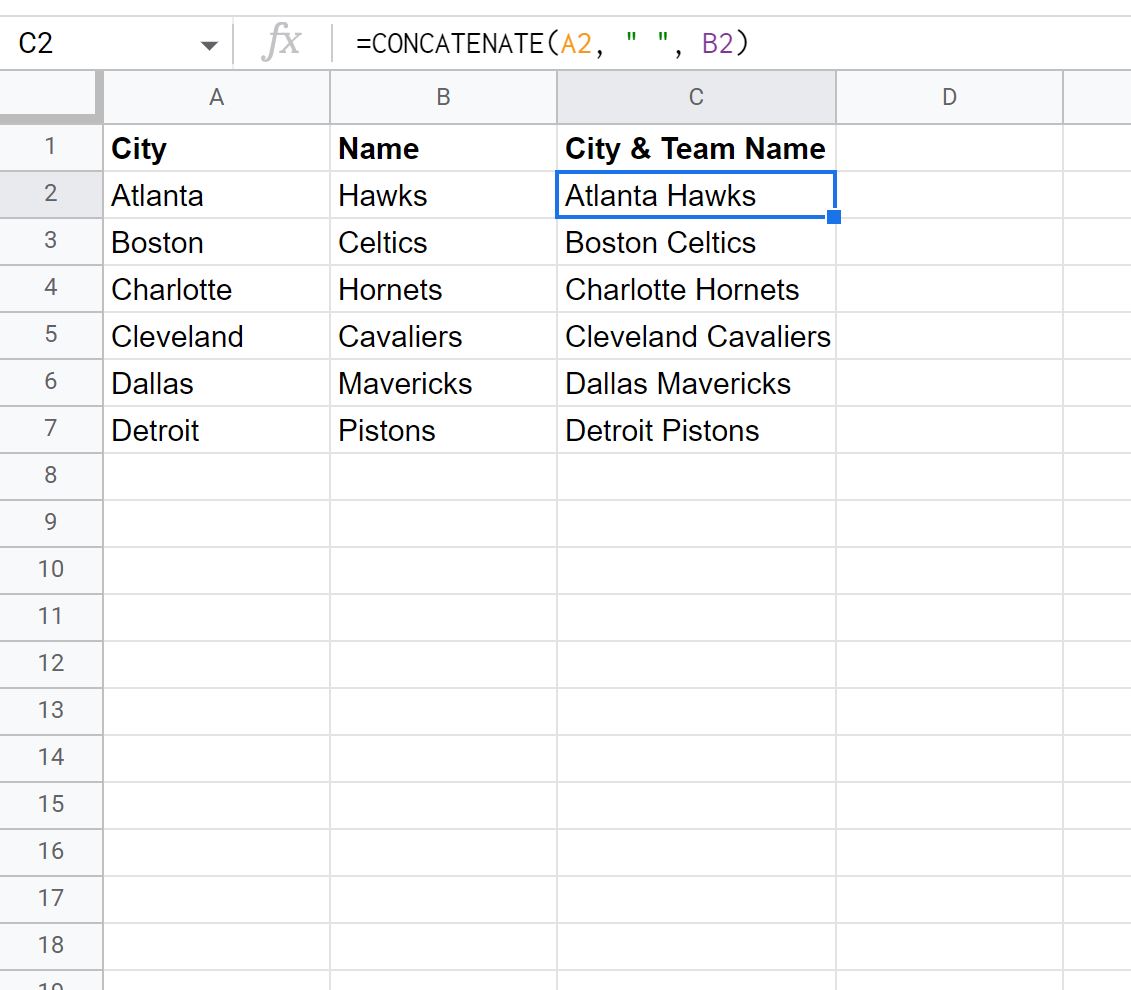 Notice that the city and team names have been concatenated with a space.

If we’d like, we can also add additional text to any location in the string.

For example, we can include “Team: ” in the CONCATENATE function: 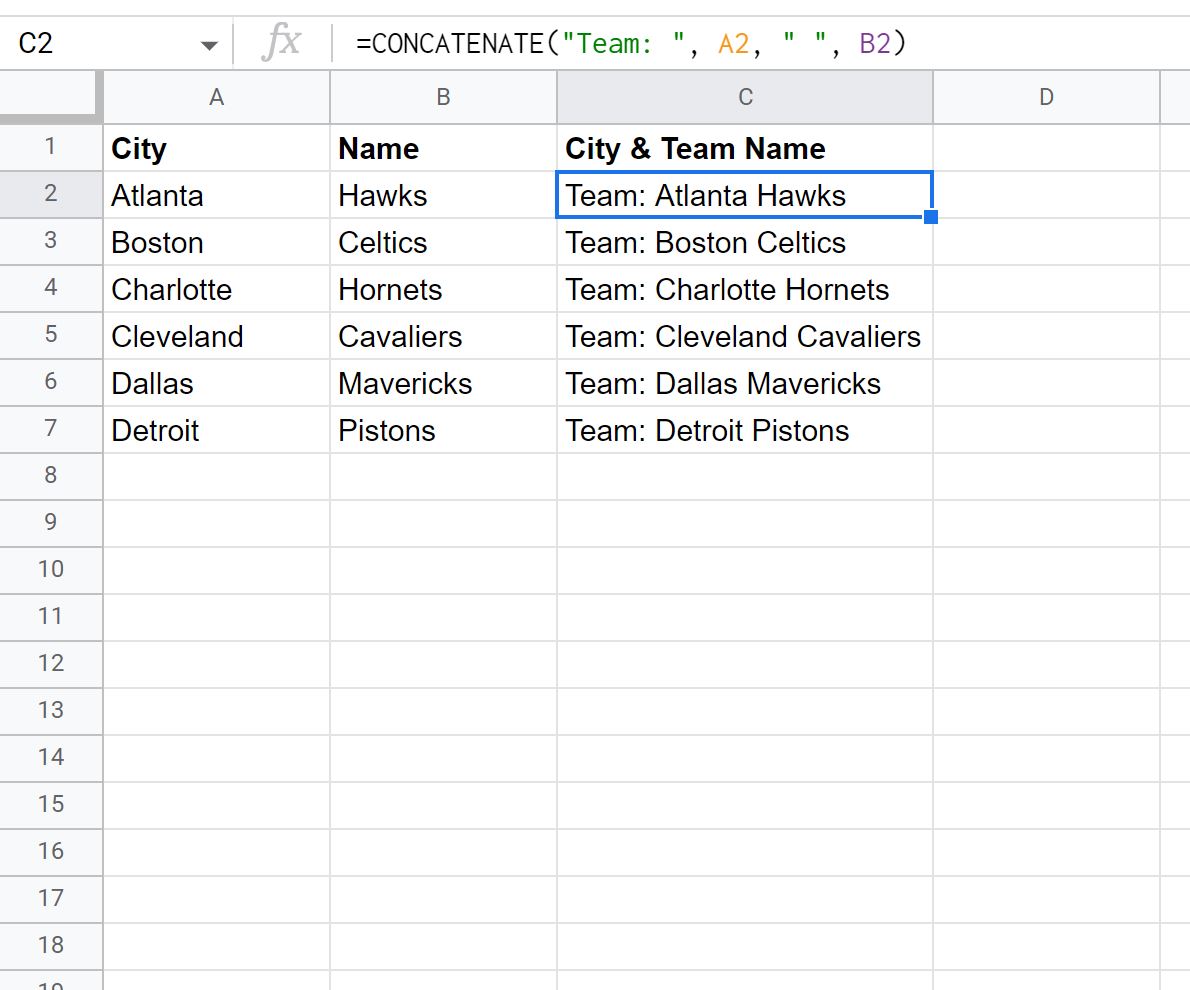 Feel free to include as many strings and as many variables as you’d like in the CONCATENATE function, each separated by a comma.