You can use the following basic formula to compare three columns in Google Sheets:

This particular formula compares the values in cells B2, C2, and D2.

If all of the values are equal, the formula returns Equal. Otherwise, it returns Not Equal.

Suppose we have the following dataset that shows the highest scorer on various basketball teams during three different games: 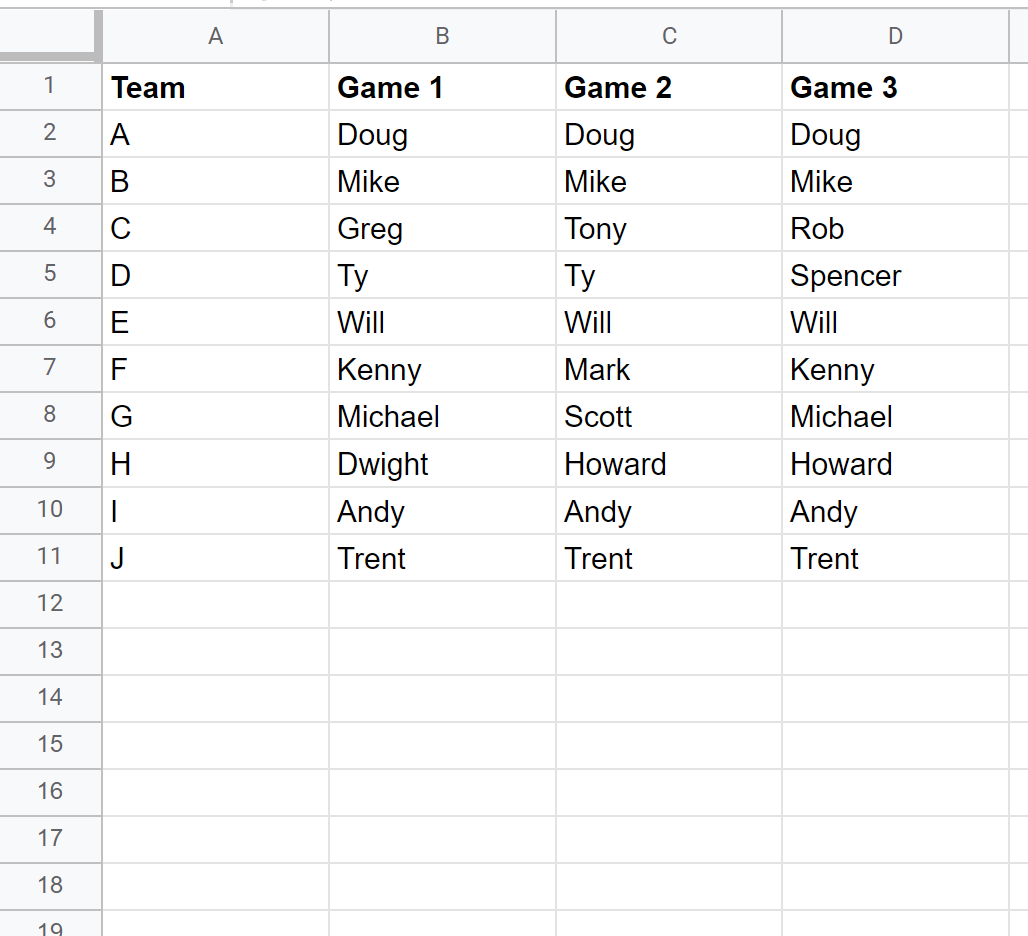 We can type the following formula into cell E2 to test if the three values in the first row are all equal:

We can then drag this formula in cell E2 down to the remaining cells in column E to test for matches in each row: 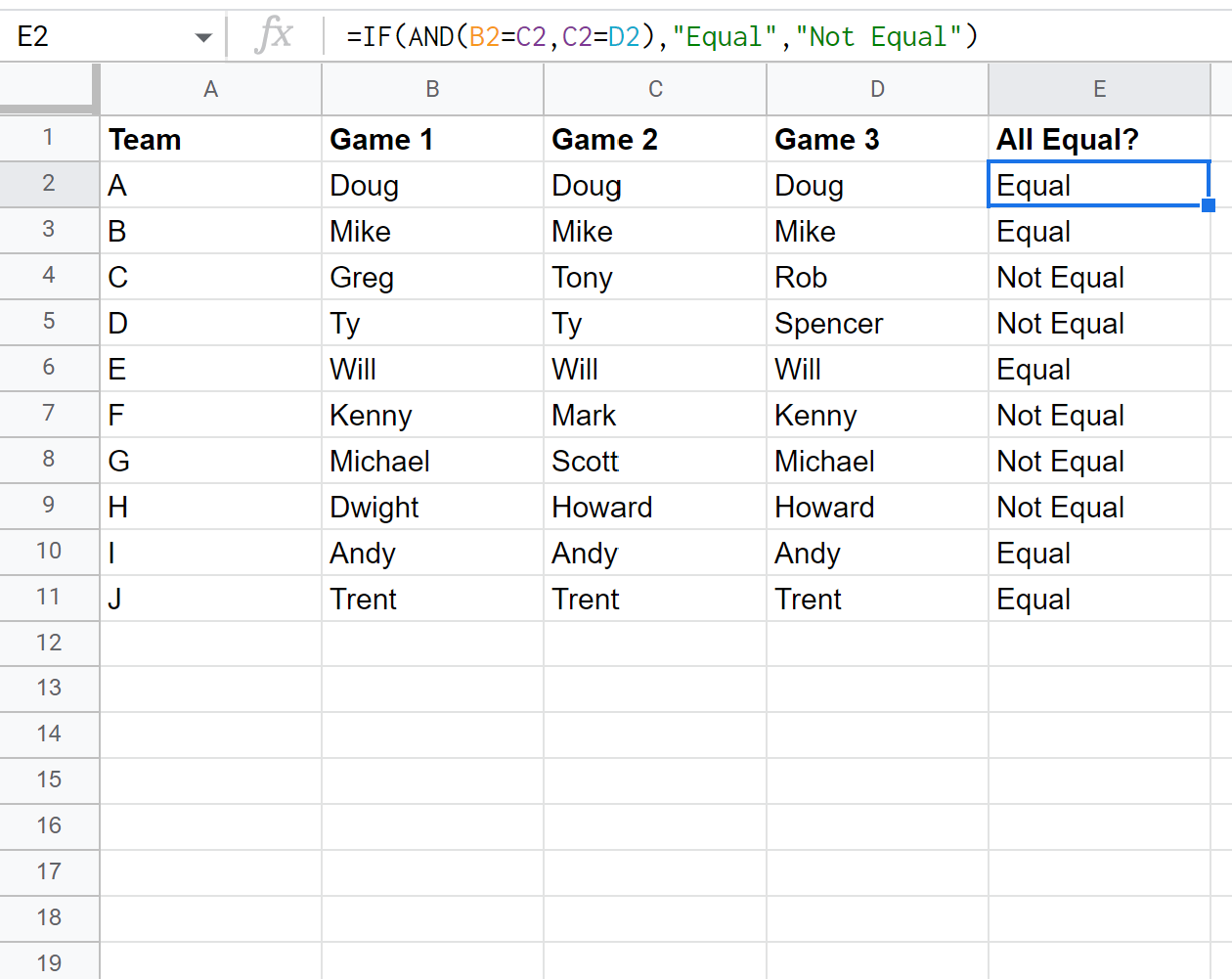 Notice that the formula only returns Equal for the rows where the cell values are equal across each of the three columns.