You can quickly generate a normal distribution in R by using the rnorm() function, which uses the following syntax:

This tutorial shows an example of how to use this function to generate a normal distribution in R.

Related: A Guide to dnorm, pnorm, qnorm, and rnorm in R

The following code shows how to generate a normal distribution in R:

We can quickly find the mean and standard deviation of this distribution:

We can also create a quick histogram to visualize the distribution of data values: 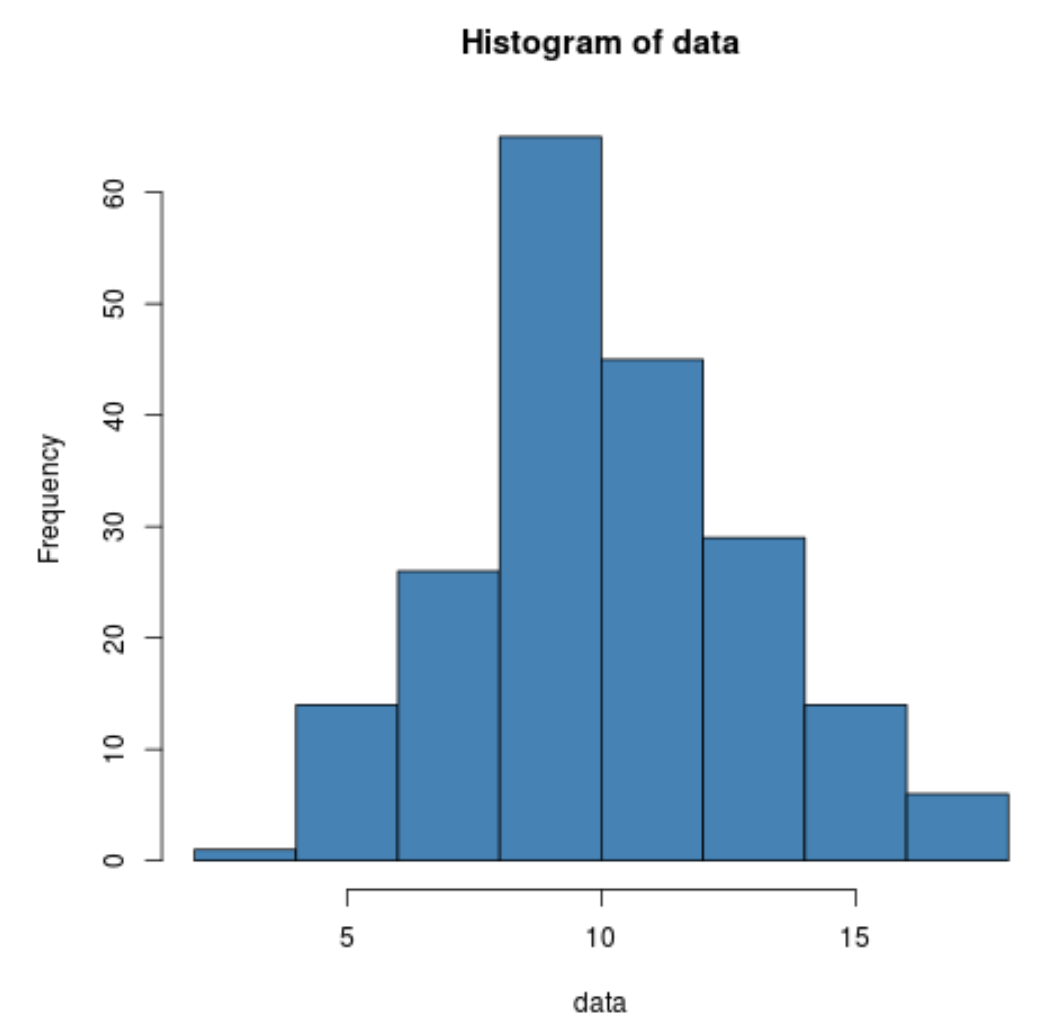 We can even perform a Shapiro-Wilk test to see if the dataset comes from a normal population:

The p-value of the test turns out to be 0.4272. Since this value is not less than .05, we can assume the sample data comes from a population that is normally distributed.

This result shouldn’t be surprising since we generated the data using the rnorm() function, which naturally generates a random sample of data that comes from a normal distribution.

How to Plot a Normal Distribution in R
A Guide to dnorm, pnorm, qnorm, and rnorm in R
How to Perform a Shapiro-Wilk Test for Normality in R