The hypotheses used in an ANOVA are as follows:

H0: The means are equal for each group.

HA: At least one of the means is different from the others.

If the p-value from the ANOVA is less than some significance level (like α = .05), we can reject the null hypothesis and conclude that at least one of the group means is different from the others.

But in order to find out exactly which groups are different from each other, we must conduct a post-hoc test.

To perform this test, we first calculate the following test statistic:

The following table shows the exam scores for each student based on the studying technique they used: 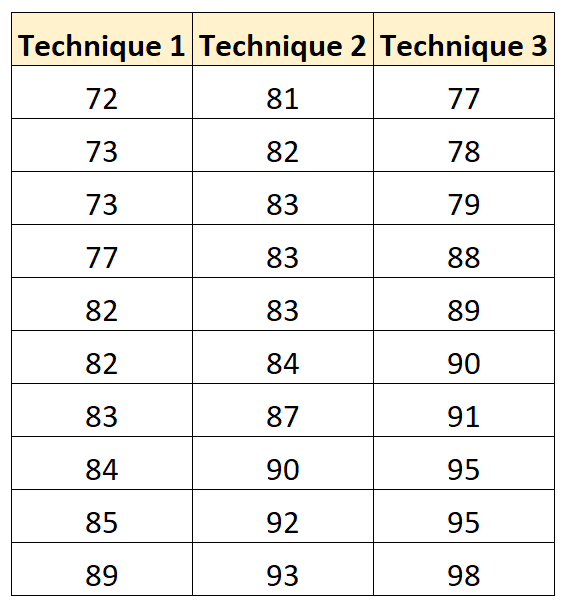 The professor performs a one-way ANOVA and get the following results: 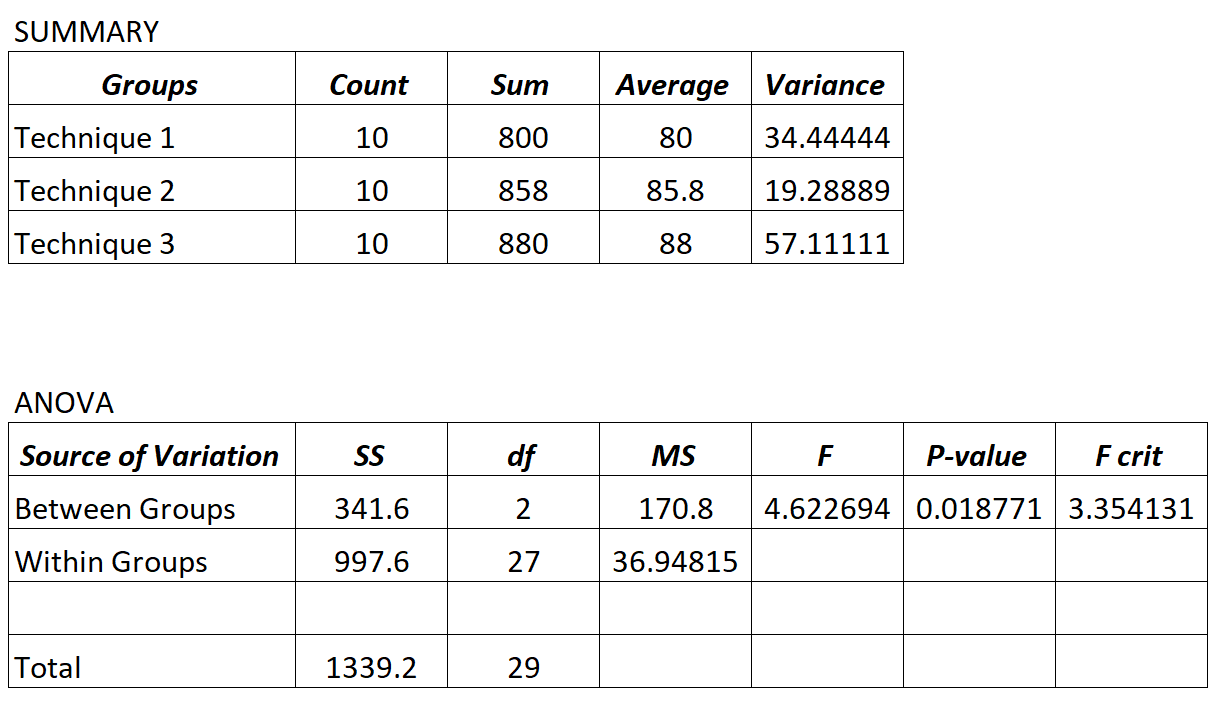 Since the p-value in the ANOVA table (.018771) is less than .05, we can conclude that not all of the mean exam scores between the three groups are equal.

Thus, we can proceed to perform Fisher’s least significant difference test to determine which group means are different.

Using values from the output of the ANOVA, we can calculate Fisher’s test statistic as:

We can then calculate the absolute mean difference between each group:

We can also conclude that there is no significant difference in mean exam scores between technique 2 and technique 3.