Fisher’s Exact Test is used to determine whether or not there is a significant association between two categorical variables. It is typically used as an alternative to the Chi-Square Test of Independence when one or more of the cell counts in a 2×2 table is less than 5.

This tutorial explains how to perform Fisher’s Exact Test in Excel.

Suppose we want to know whether or not gender is associated with political party preference at a particular college. To explore this, we randomly poll 25 students on campus. The number of students who are Democrats or Republicans, based on gender, is shown in the table below: 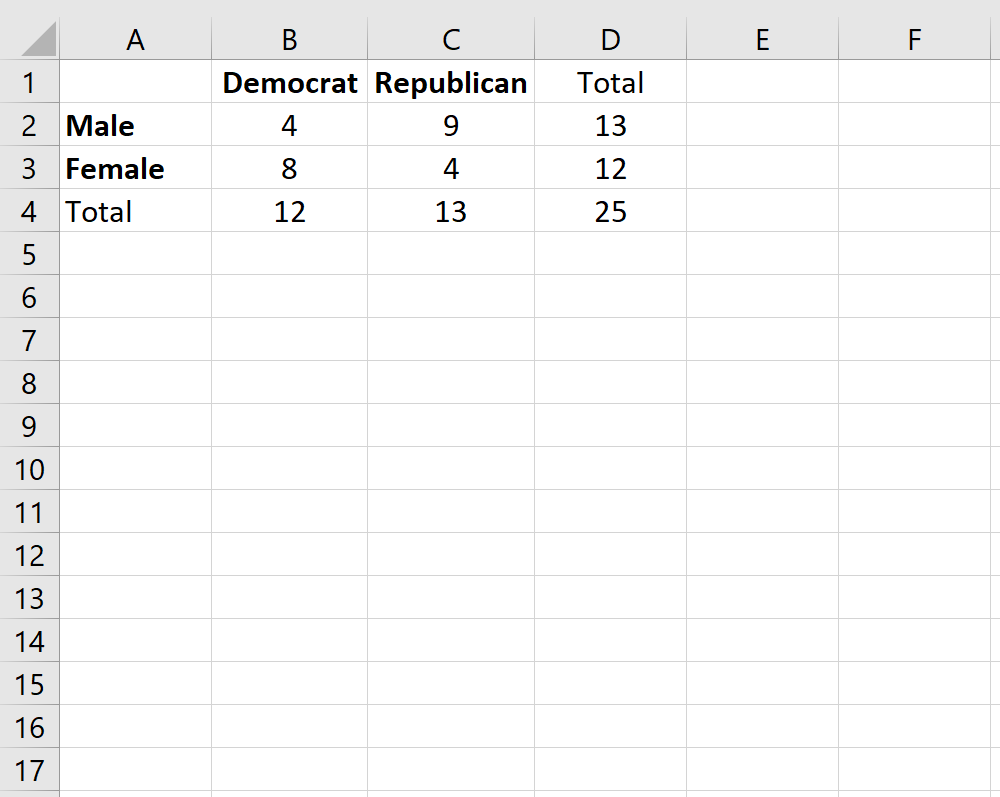 To determine if there is a statistically significant association between gender and political party preference, we can perform Fisher’s Exact Test.

To apply this function to our example, we will pick one of the four cells in the 2×2 table to use. Any cell will do, but we’ll use the top left cell with the value “4” for this example.

Next, we’ll fill in the following values for the function: 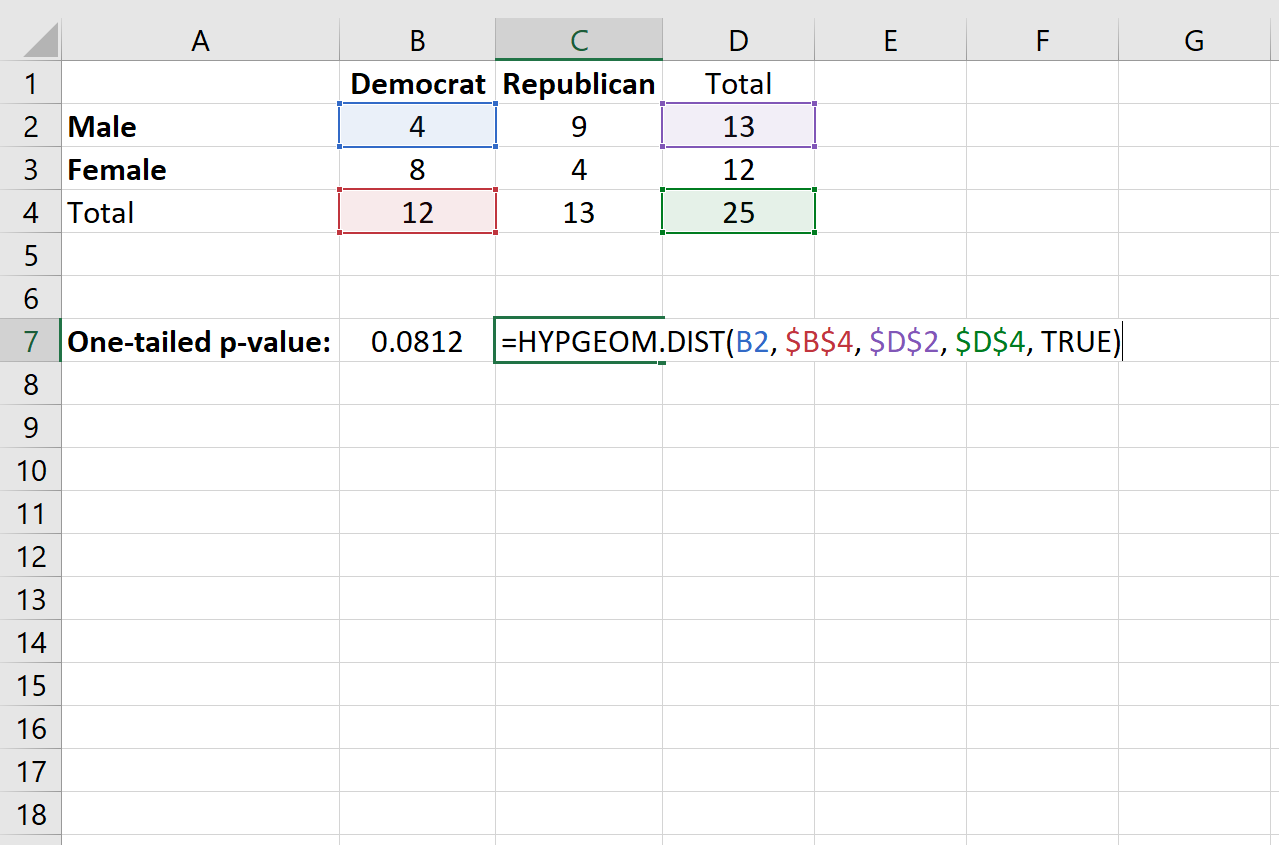 In order to find the two-tailed p-value for the test, we will add the following two probabilities together:

Here’s the formula we’ll use:

In either case, whether we conduct a one-tailed test or a two-tailed test, the p-value is not less than 0.05 so we cannot reject the null hypothesis. In other words, we don’t have sufficient evidence to say that there is a significant association between gender and political party preference.