You can use the following formula to calculate the percentage change between two numbers:

In Excel, you can type the following formula:

Suppose we have the following dataset in Excel that shows the points scored in two different years by various basketball players: 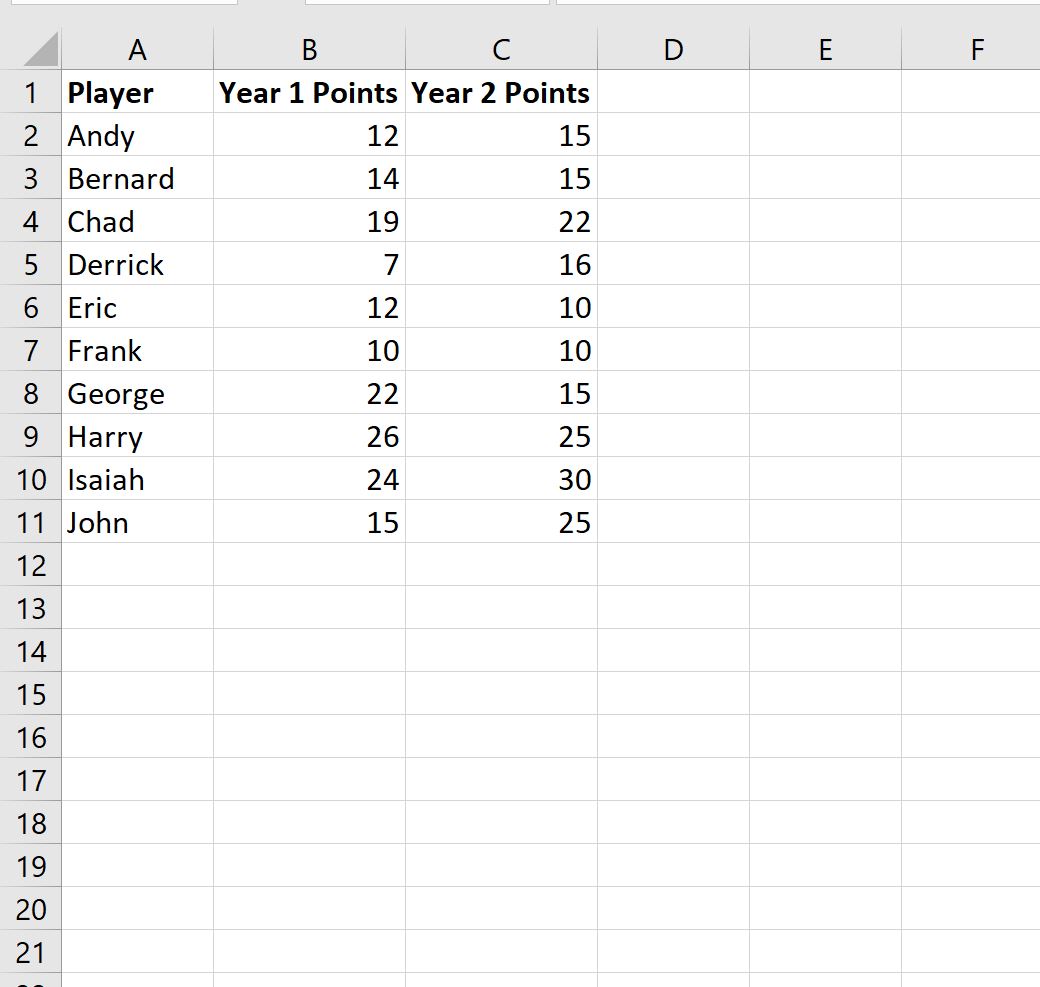 Now suppose we would like to calculate the percentage change between year 1 and year 2 for each player.

To do so, we can type the following formula into cell D2:

Once we press Enter, the percentage change for the first player will be shown: 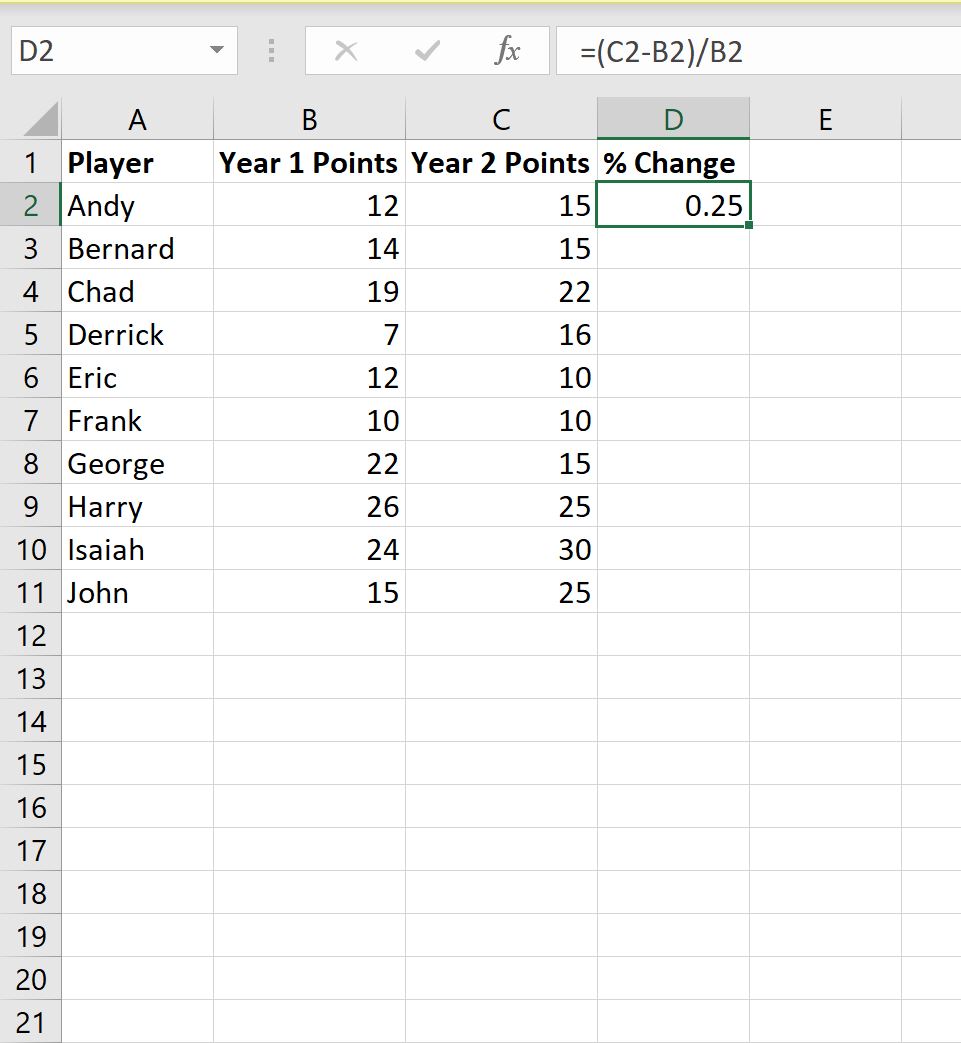 We can manually verify this is correct by calculating the percentage change by hand:

We can then drag and fill this formula down to each remaining cell in column D: 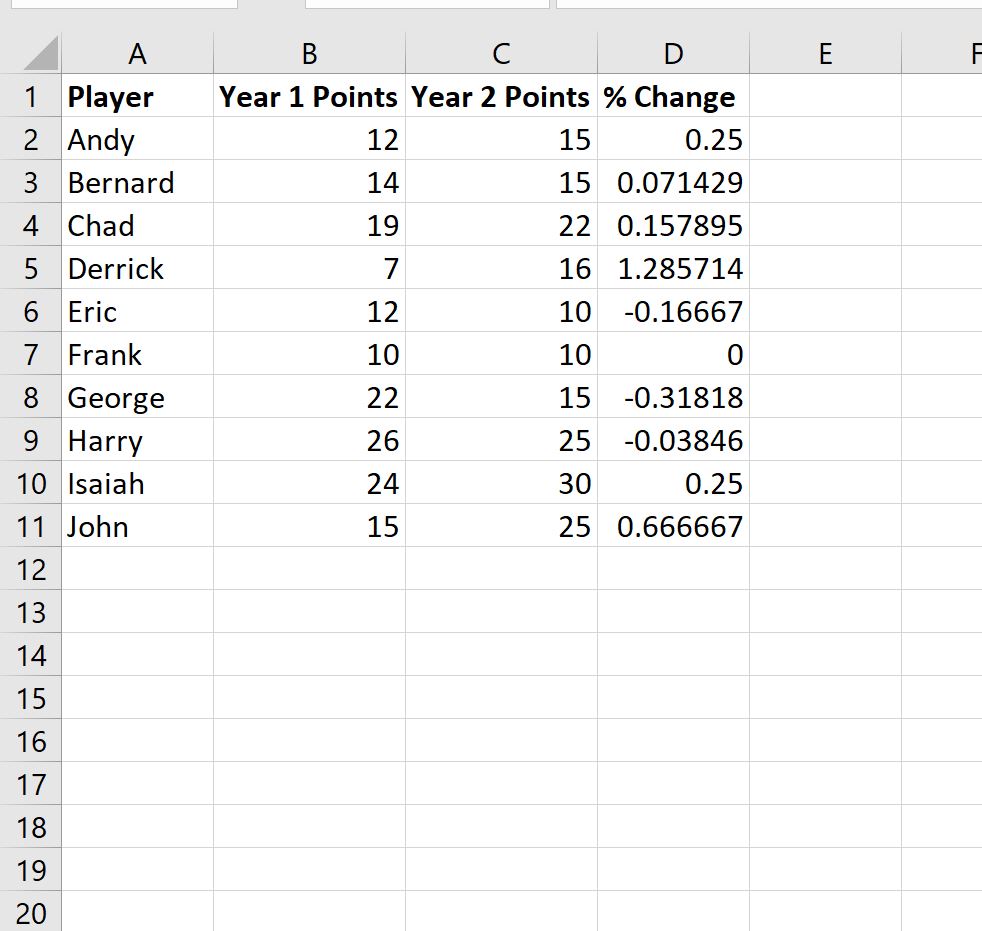 A positive value in the % Change column indicates that the points value increased between the first and second year.

Conversely, a negative value indicates that the points value decreased between the first and second year.

Note that we can also format these values as percentages by highlighting the cell range D2:D11 and then clicking the % icon on the Home tab:

Each of the percentages will now be displayed as a percentage instead of a decimal: 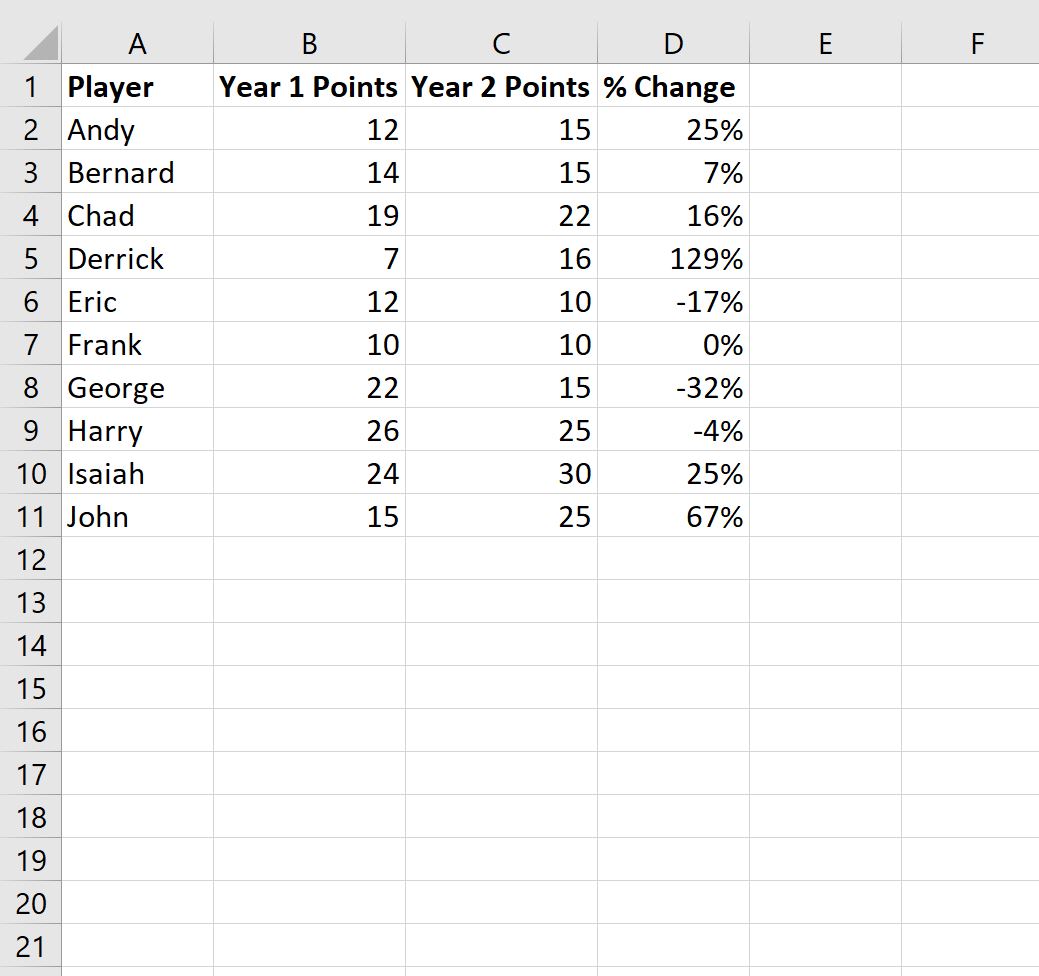