One common way to find outliers in a dataset is to use the interquartile range.

The interquartile range, often abbreviated IQR, is the difference between the 25th percentile (Q1) and the 75th percentile (Q3) in a dataset. It measures the spread of the middle 50% of values.

One popular method is to declare an observation to be an outlier if it has a value 1.5 times greater than the IQR or 1.5 times less than the IQR.

This tutorial provides a step-by-step example of how to find outliers in a dataset using this method. 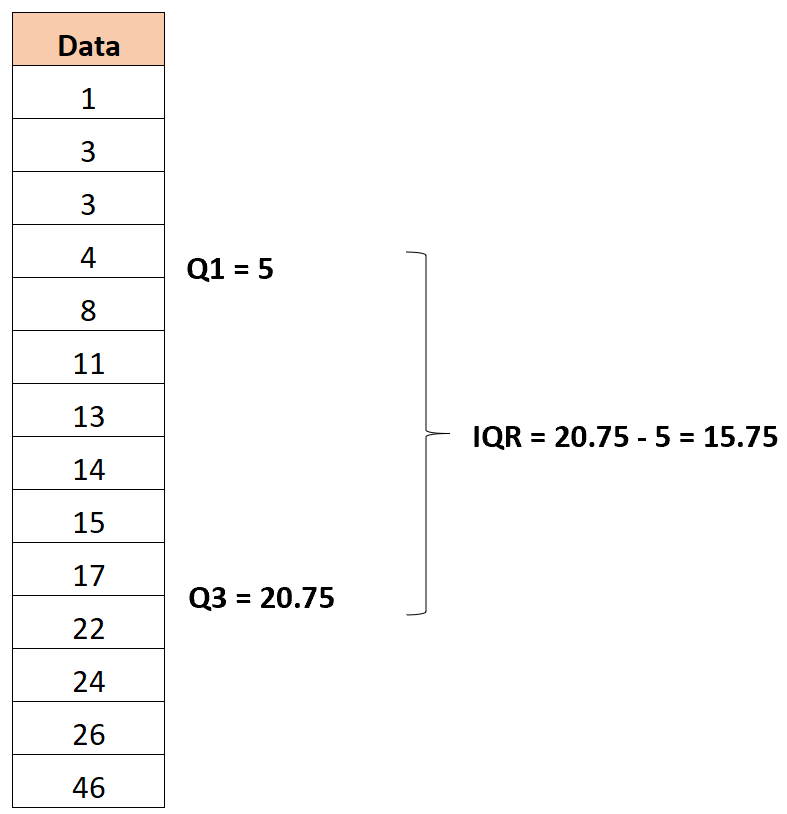 The lower limit is calculated as:

And the upper limited is calculated as: 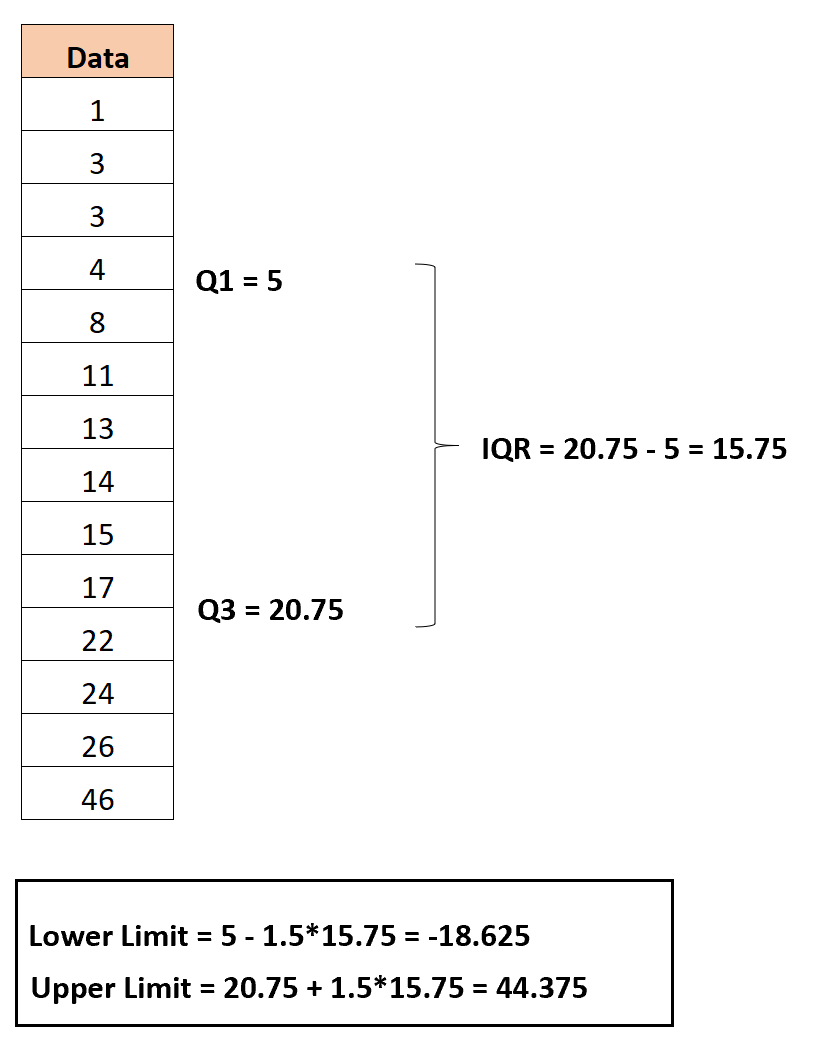 The only observation in the dataset with a value less than the lower limit or greater than the upper limit is 46. Thus, this is the only outlier in this dataset. 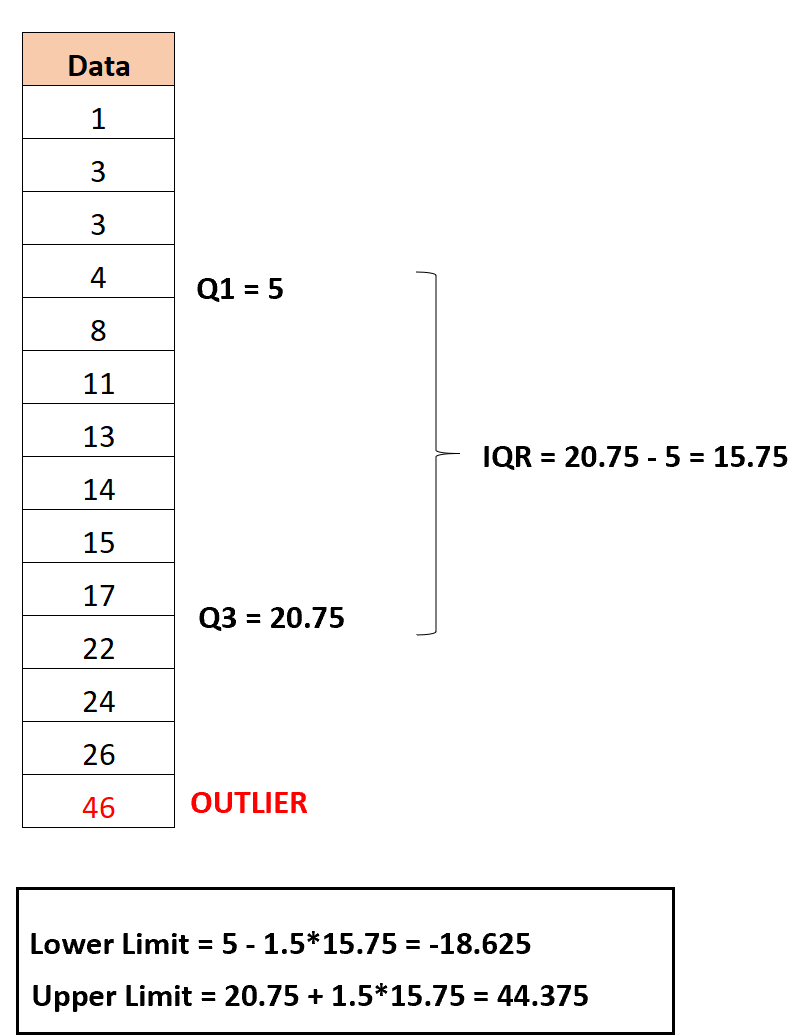 Note: You can use this Outlier Boundary Calculator to automatically find the upper and lower boundaries for outliers in a given dataset.

How to Find Outliers in Practice

The following tutorials explain how to find outliers using the interquartile range in different statistical software: