The F-test is used to determine whether or not two population variances are equal.

The F-test uses the following null and alternative hypotheses:

If the p-value of the test is less than some significance level (e.g. α = .05) then we can reject the null hypothesis and conclude that the population variances are not equal.

The following step-by-step example shows how to perform the F-test in Google Sheets. 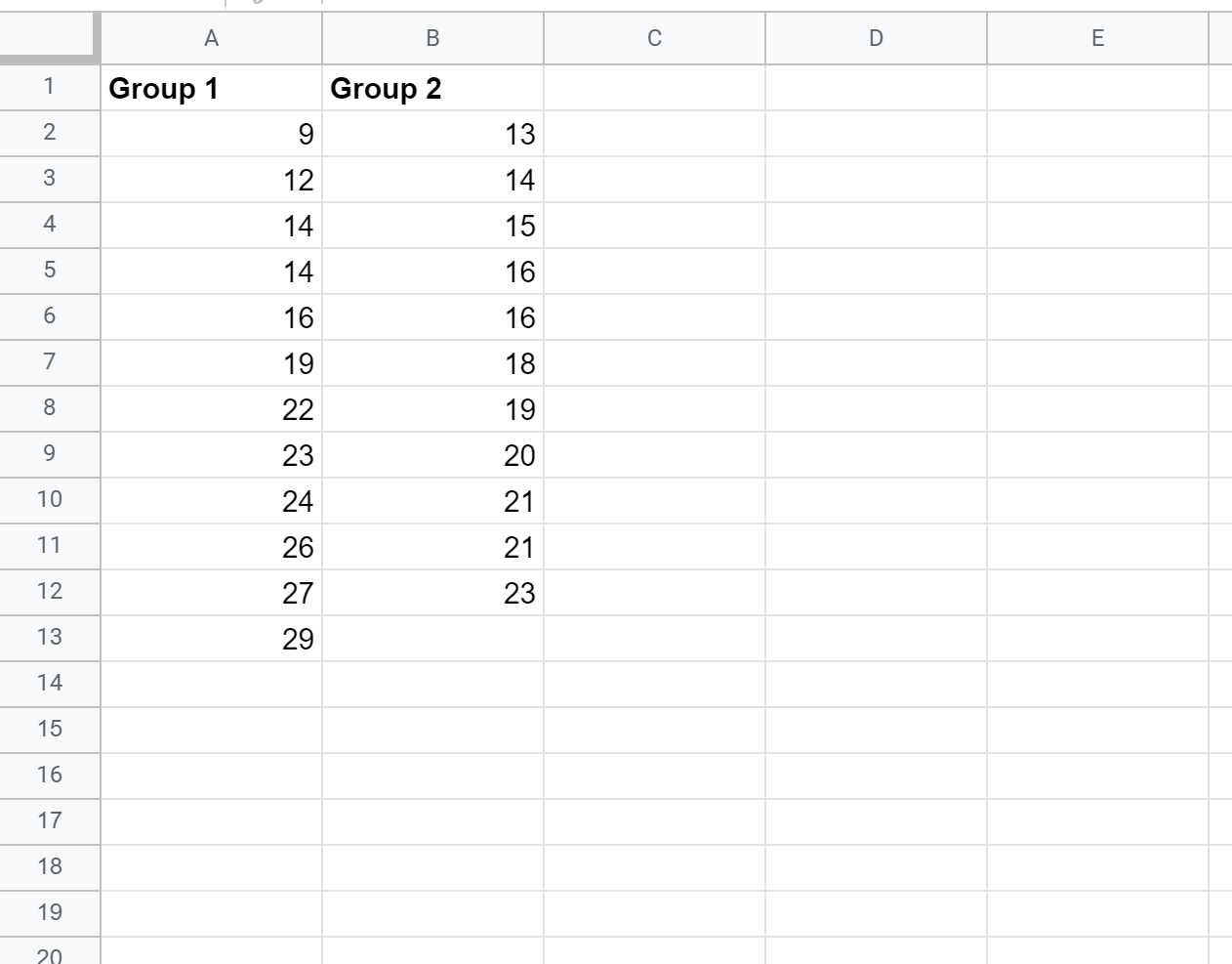 Note: The sample sizes do not have to be equal between the two groups to perform the F-test.

Next, we will use the =FTEST(sample1, sample2) function to perform the F-test: 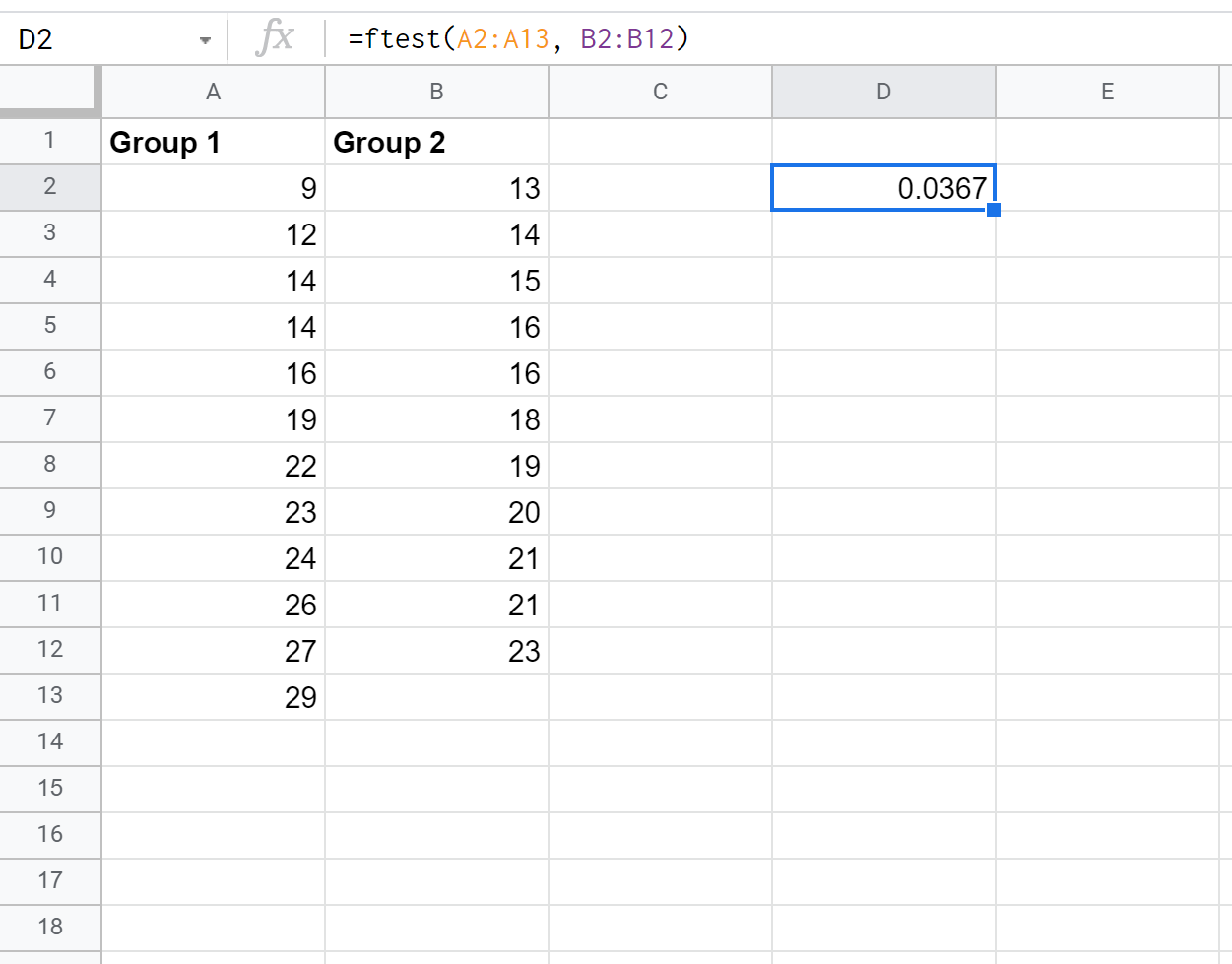 Since this p-value is less than α = .05, we will reject the null hypothesis.

This means we have sufficient evidence to say that the variances between the two populations that the samples came from are not equal.

Note: The p-value returned by the FTEST() function represents the two-tailed p-value.