Exponential regression is a type of regression that can be used to model the following situations: 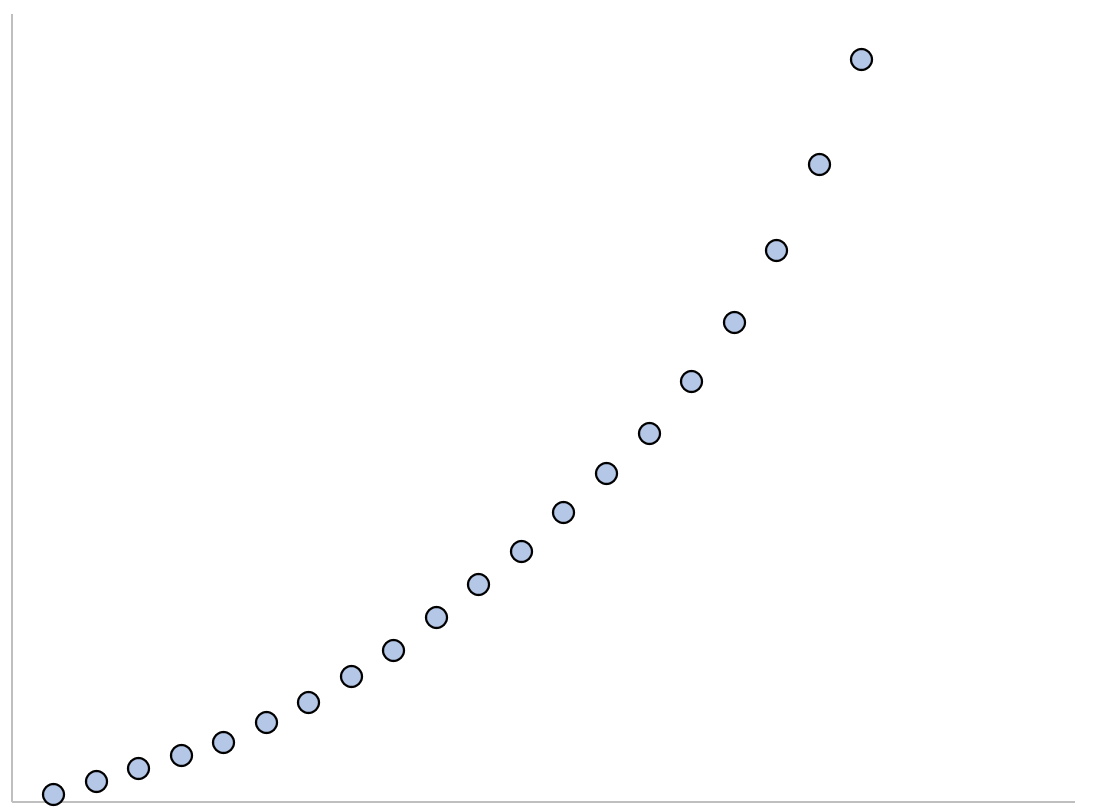 2. Exponential decay: Decay begins rapidly and then slows down to get closer and closer to zero. 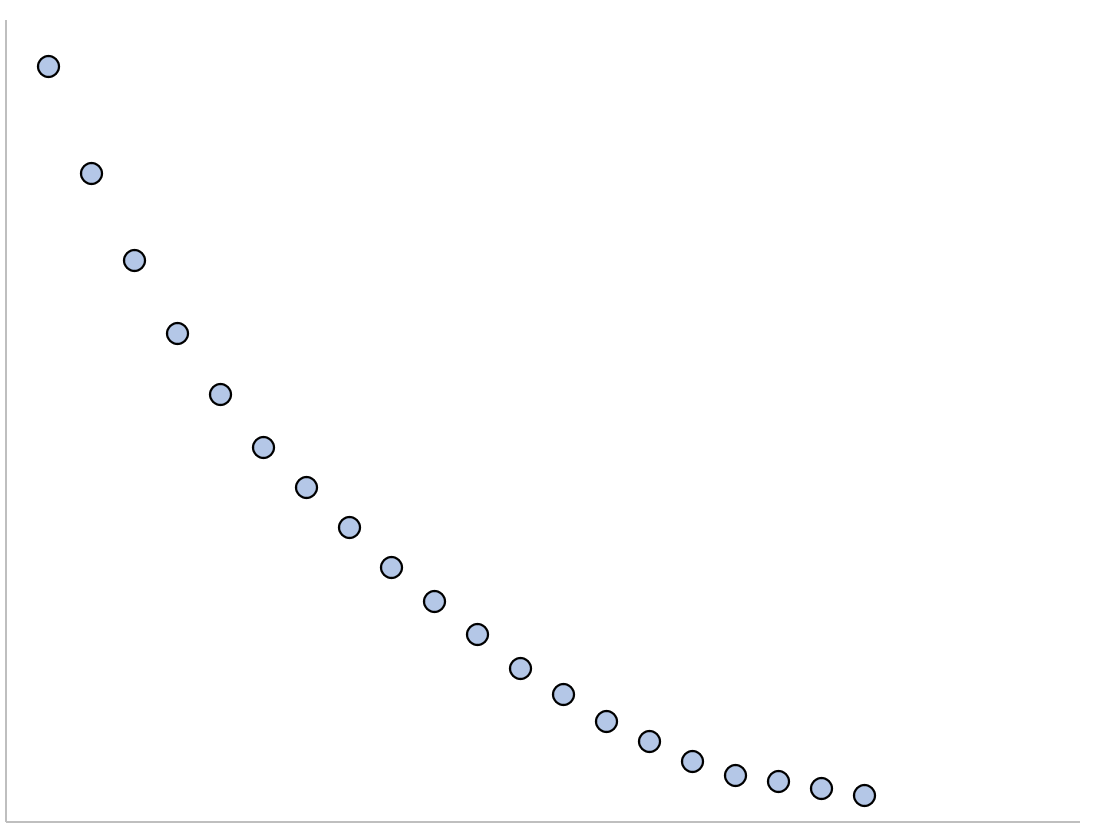 The equation of an exponential regression model takes the following form:

The following step-by-step example shows how to perform exponential regression in R.

Next, let’s create a quick scatterplot to visualize the relationship between x and y: 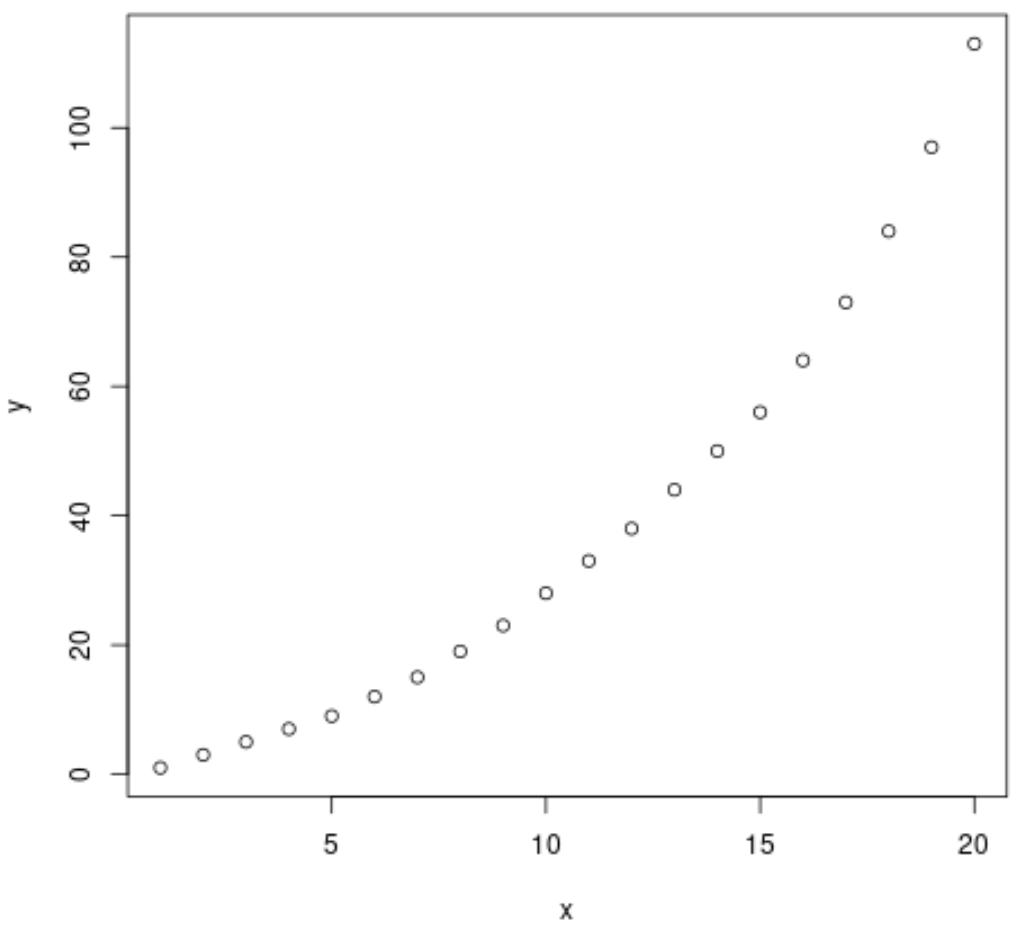 From the plot we can see that there exists a clear exponential growth pattern between the two variables.

Thus, it seems like a good idea to fit an exponential regression equation to describe the relationship between the variables.

Next, we’ll use the lm() function to fit an exponential regression model, using the natural log of y as the response variable and x as the predictor variable:

The overall F-value of the model is 204 and the corresponding p-value is extremely small (2.917e-11), which indicates that the model as a whole is useful.

Using the coefficients from the output table, we can see that the fitted exponential regression equation is:

We can use this equation to predict the response variable, y, based on the value of the predictor variable, x. For example, if x = 12, then we would predict that y would be 30.897:

Bonus: Feel free to use this online Exponential Regression Calculator to automatically compute the exponential regression equation for a given predictor and response variable.