This involves exploring a dataset in three ways:

By performing these three actions, you can gain an understanding of how the values in a dataset are distributed and detect any problematic values before proceeding to perform a hypothesis test, fit a regression model, or perform statistical modeling.

The following step-by-step example shows how to  perform exploratory data analysis in Excel. 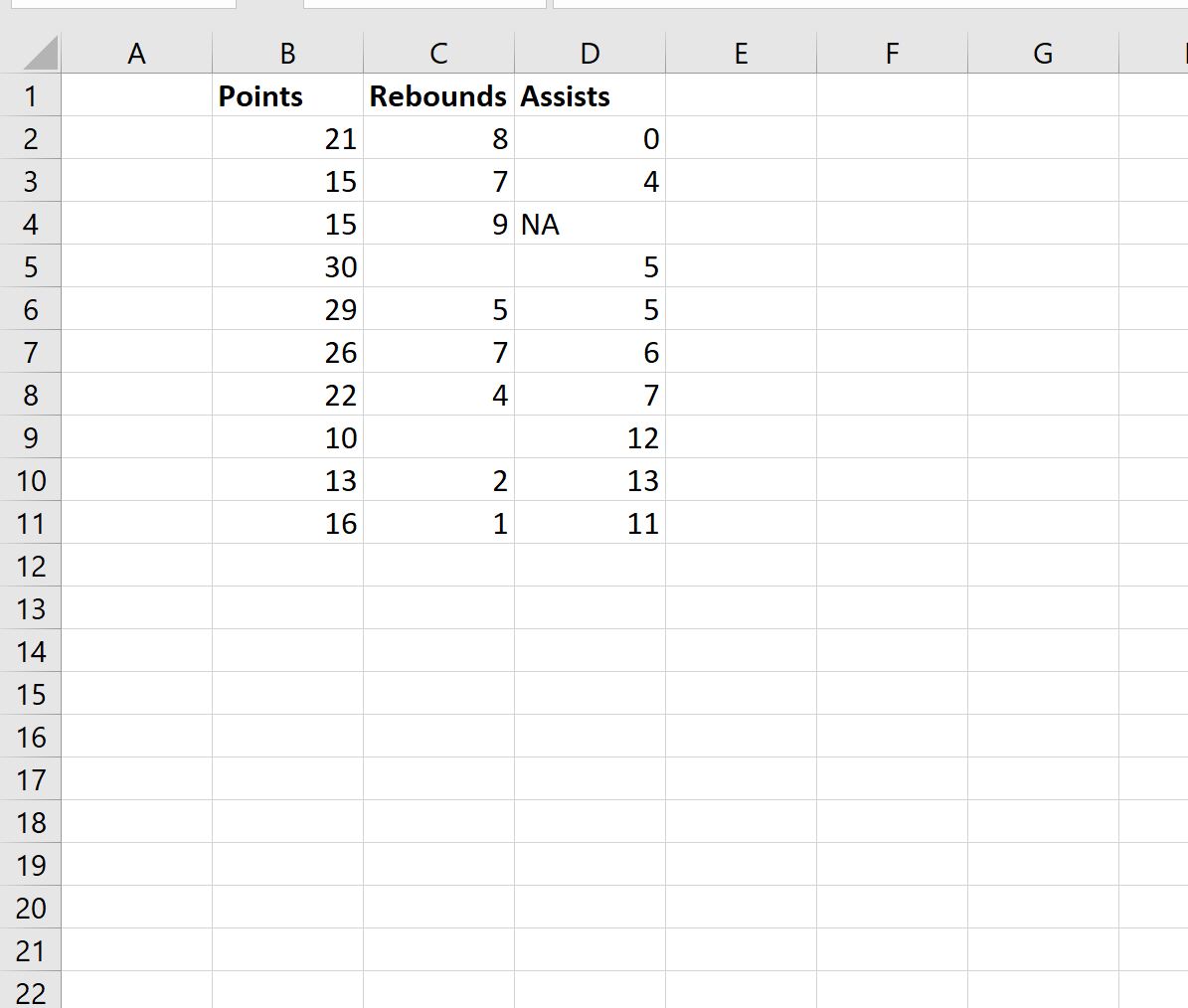 This dataset contains three variables (Points, Rebounds, Assists) and some of the variables have blank or NA values, which is common in real-world datasets.

Next, we can calculate the mean, median, quartiles, minimum, and maximum values for each of the three variables in this dataset: 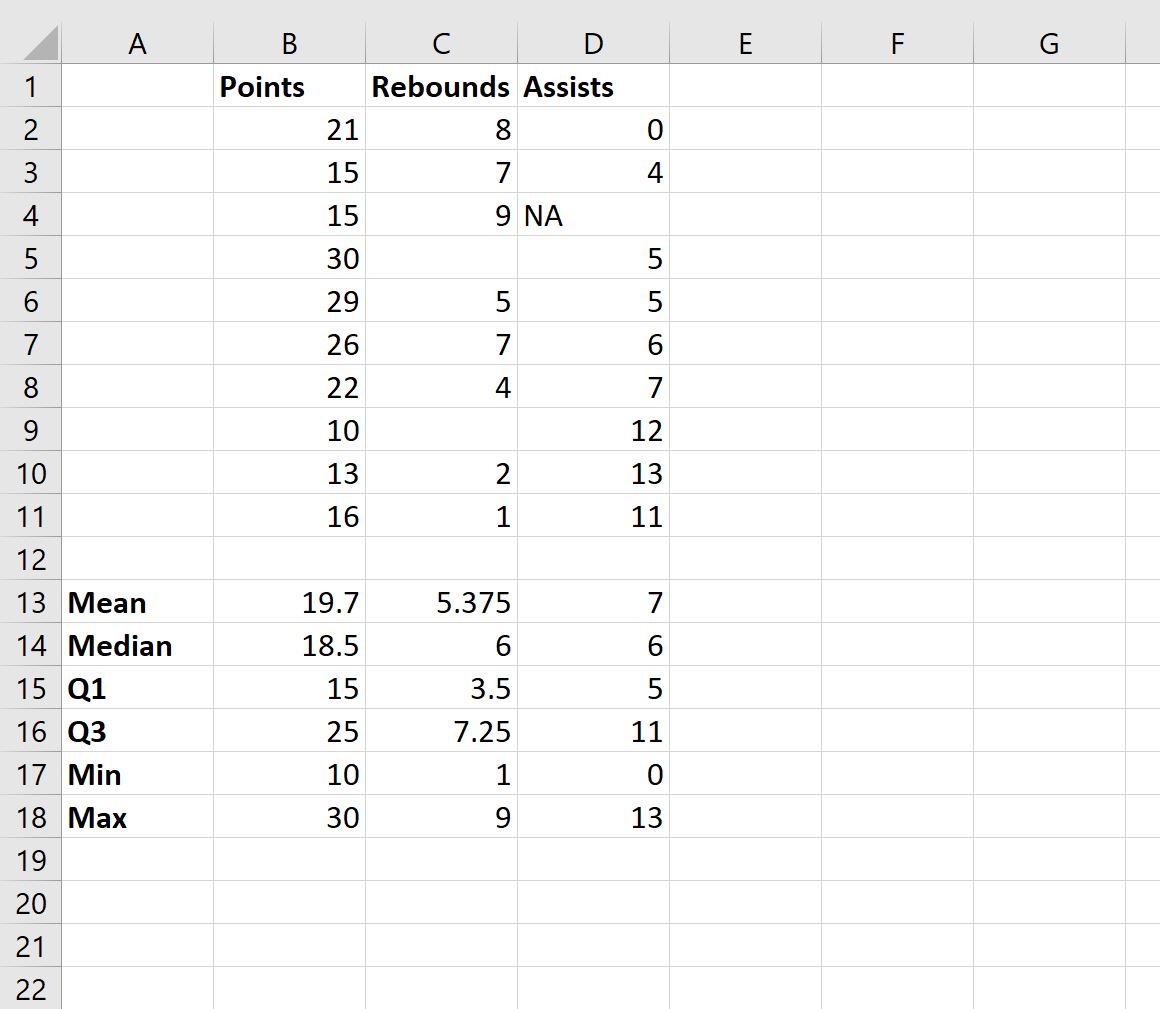 Here is the formula we used for each cell in column B:

We then dragged each formula to the right so that we could calculate the same metrics for the values in columns C and D.

We can also create charts to visualize the values in the dataset.

For example, to visualize the distribution of values for the Points variable, we can highlight the values in the cell range B2:B11, then click the Insert tab along the top ribbon, then click the Histogram icon within the Charts group: 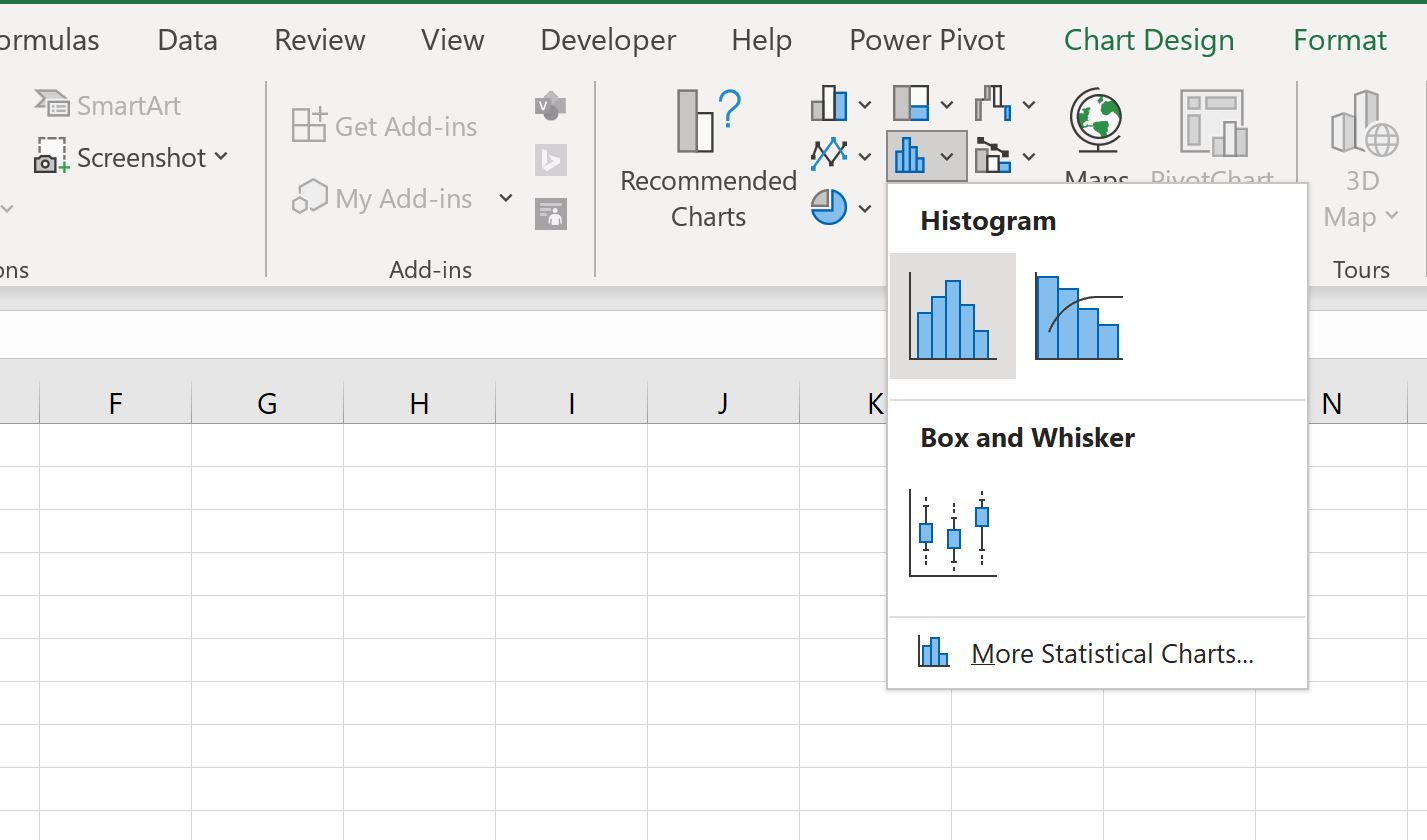 The following histogram will automatically be created: 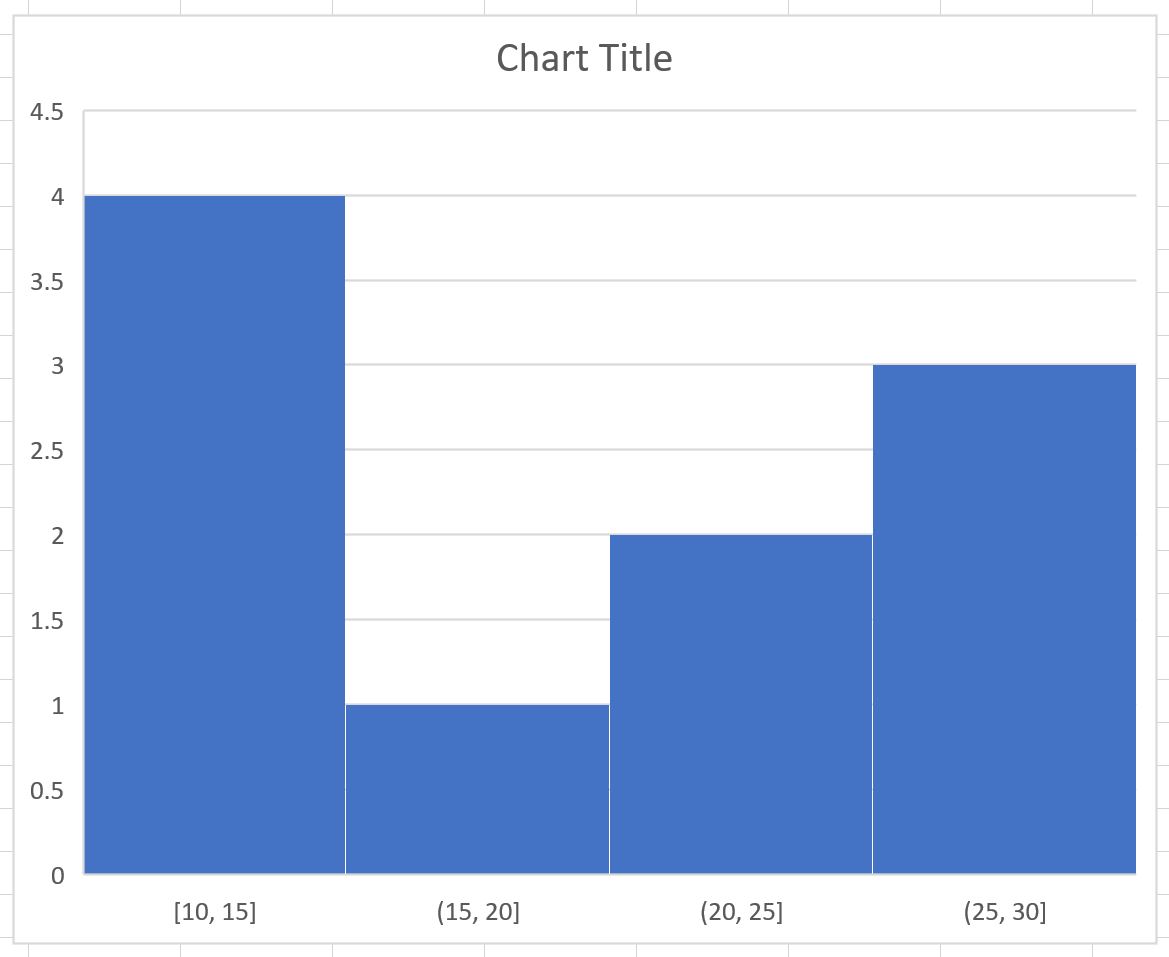 This histogram allows us to visualize the distribution of points scored by the players.

For example, we can see:

We can also use the following formula to count the number of missing values in column B:

We can type this formula into cell B19 and then drag it to the right to calculate the number of missing values for each variable in the dataset: 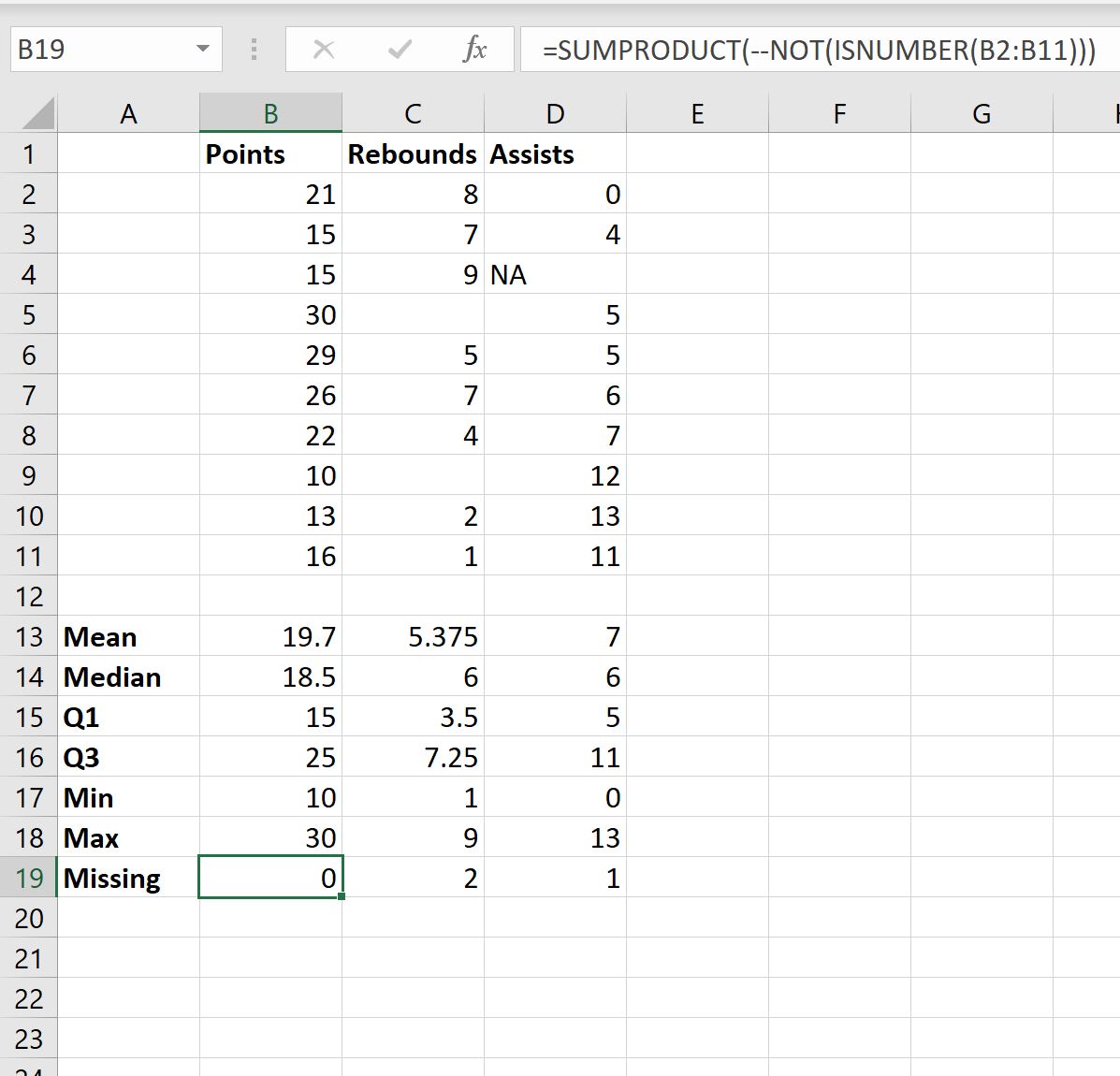 From the output we can see:

We have now completed a basic exploratory data analysis on this dataset and have gained a pretty good understanding of how the values are distributed for each variable in this dataset.

Related: How to Replace Blank Cells with Zero in Excel