Explained variance (sometimes called “explained variation”) refers to the variance in the response variable in a model that can be explained by the predictor variable(s) in the model.

The higher the explained variance of a model, the more the model is able to explain the variation in the data.

1. ANOVA: Used to compare the means of three or more independent groups.

2. Regression: Used to quantify the relationship between one or more predictor variables and a response variable.

The following examples show how to interpret residual variance in each of these methods.

Note: The opposite of explained variance is known as residual variance.

Whenever we fit an ANOVA (“analysis of variance”) model, we end up with an ANOVA table that looks like the following:

The explained variance can be found in the SS (“sum of squares”) column for the Between Groups variation.

In the ANOVA model above we see that the explained variance is 192.2.

Since this p-value is not less than α = .05, we do not have sufficient evidence to reject the null hypothesis of the ANOVA.

This means we don’t have sufficient evidence to say that the mean difference between the groups we’re comparing is significantly different.

In a regression model, the explained variance is summarized by R-squared, often written R2.

This value represents the proportion of the variance in the response variable that can be explained by the predictor variable(s) in the model.

The value for R-squared can range from 0 to where:

When we fit a regression model, we typically end up with output that looks like the following: 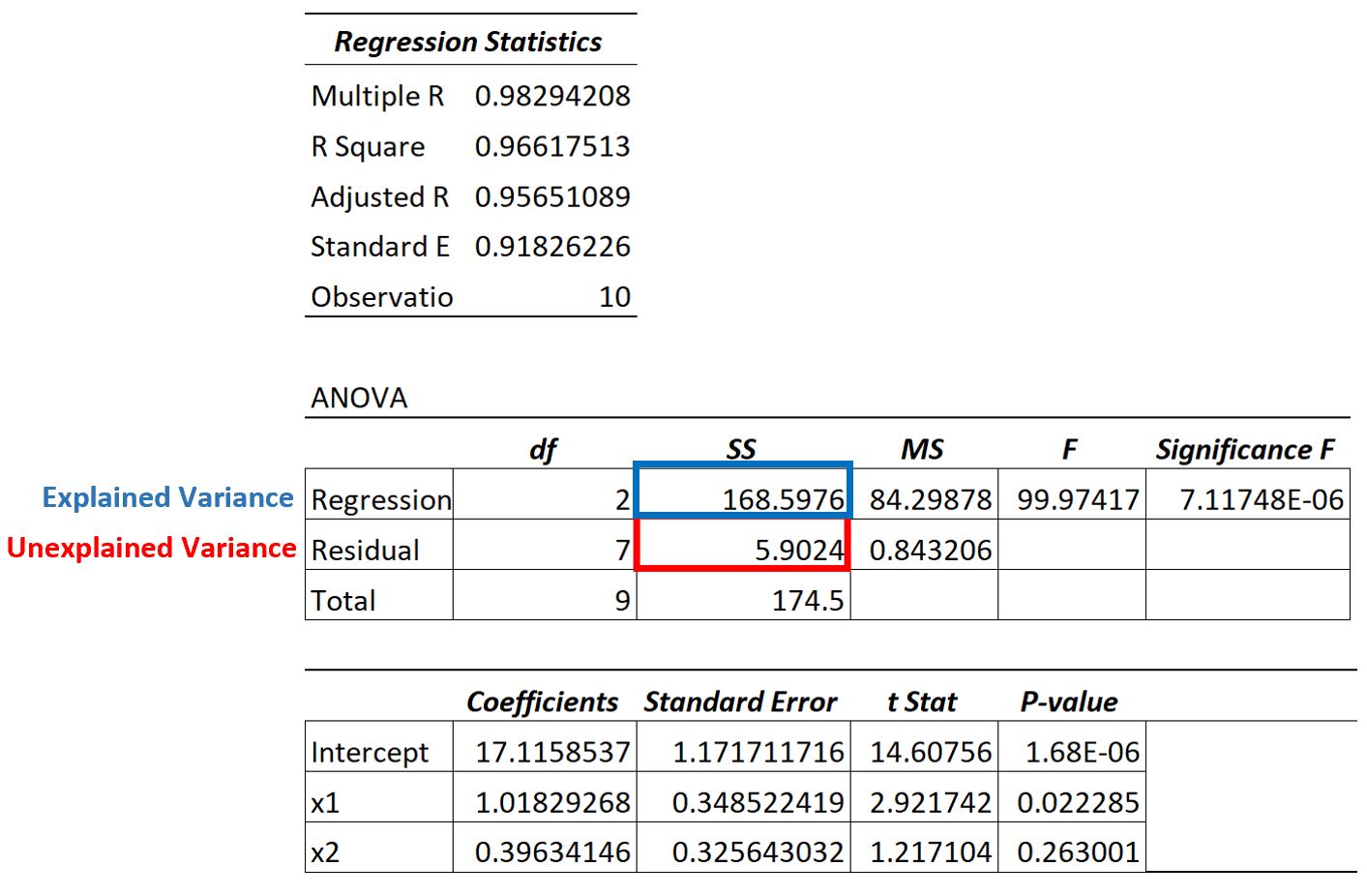 Using these values, we can calculate the R-squared value for this regression model as:

Since the R-squared value for this model is close to 1, it tells us that the explained variance in the model is extremely high.

In other words, the model is able to do a good job of using the predictor variables to explain the variation in the response variable.