Often you may want to sum the values of some dataset in Excel based on quarter.

For example, suppose we have the following dataset and we’d like to sum the total sales by quarter: 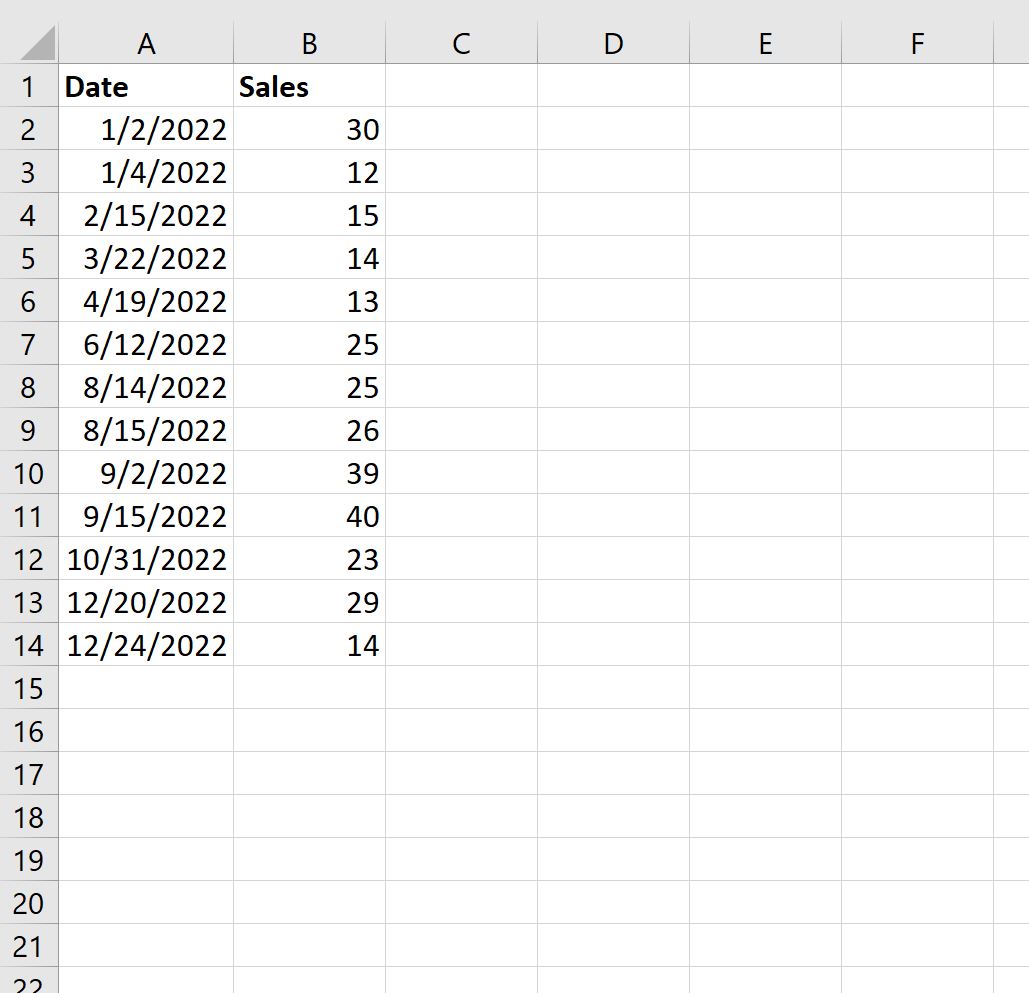 The following step-by-step example shows how to do so.

Next, we’ll manually create a list of the four quarters in a new column: 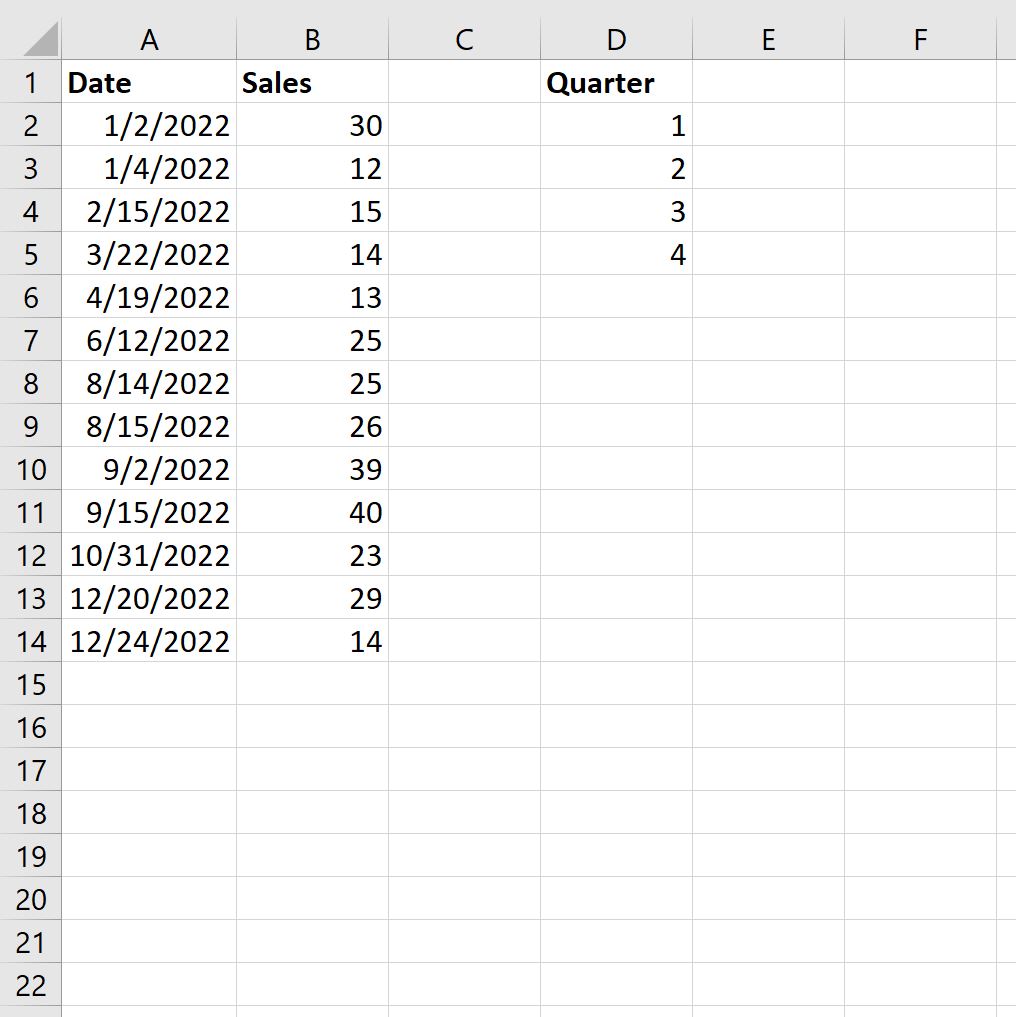 Step 3: Calculate the Sum by Quarter

Next, we’ll type the following formula into cell E2 to calculate the sum of sales for the first quarter:

We’ll then drag and fill this formula down to the remaining cells in column E: 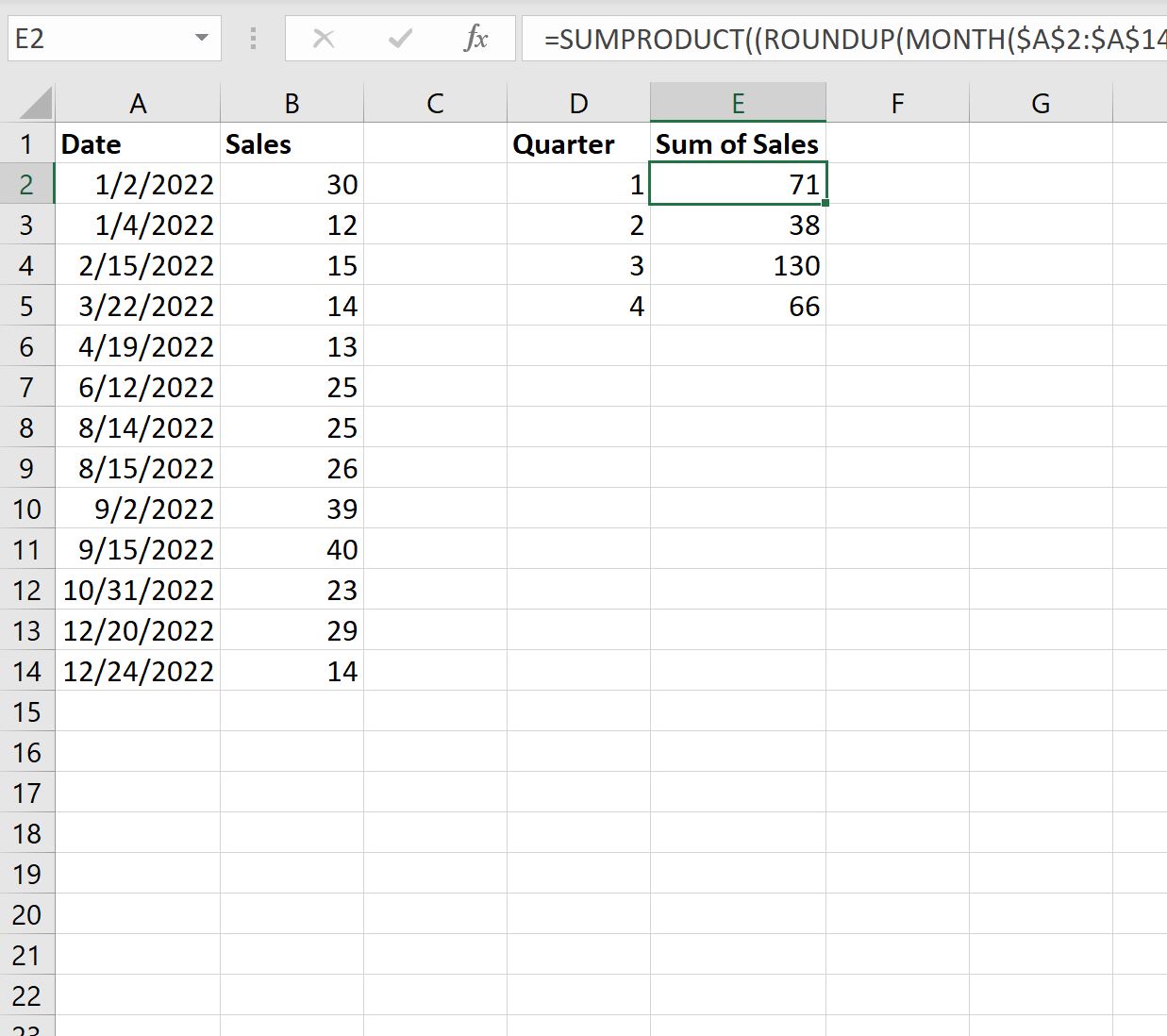 From the output we can see:

We can verify these values are correct by manually calculating the sum of sales for a given quarter.

For example, the total sales in the first quarter (January, February, March) can be calculated as: