You can use the LINEST() function in Excel to fit a polynomial curve with a certain degree.

For example, you can use the following basic syntax to fit a polynomial curve with a degree of 3:

The function returns an array of coefficients that describes the polynomial fit.

The following step-by-step example shows how to use this function to fit a polynomial curve in Excel.

First, let’s create some data to work with: 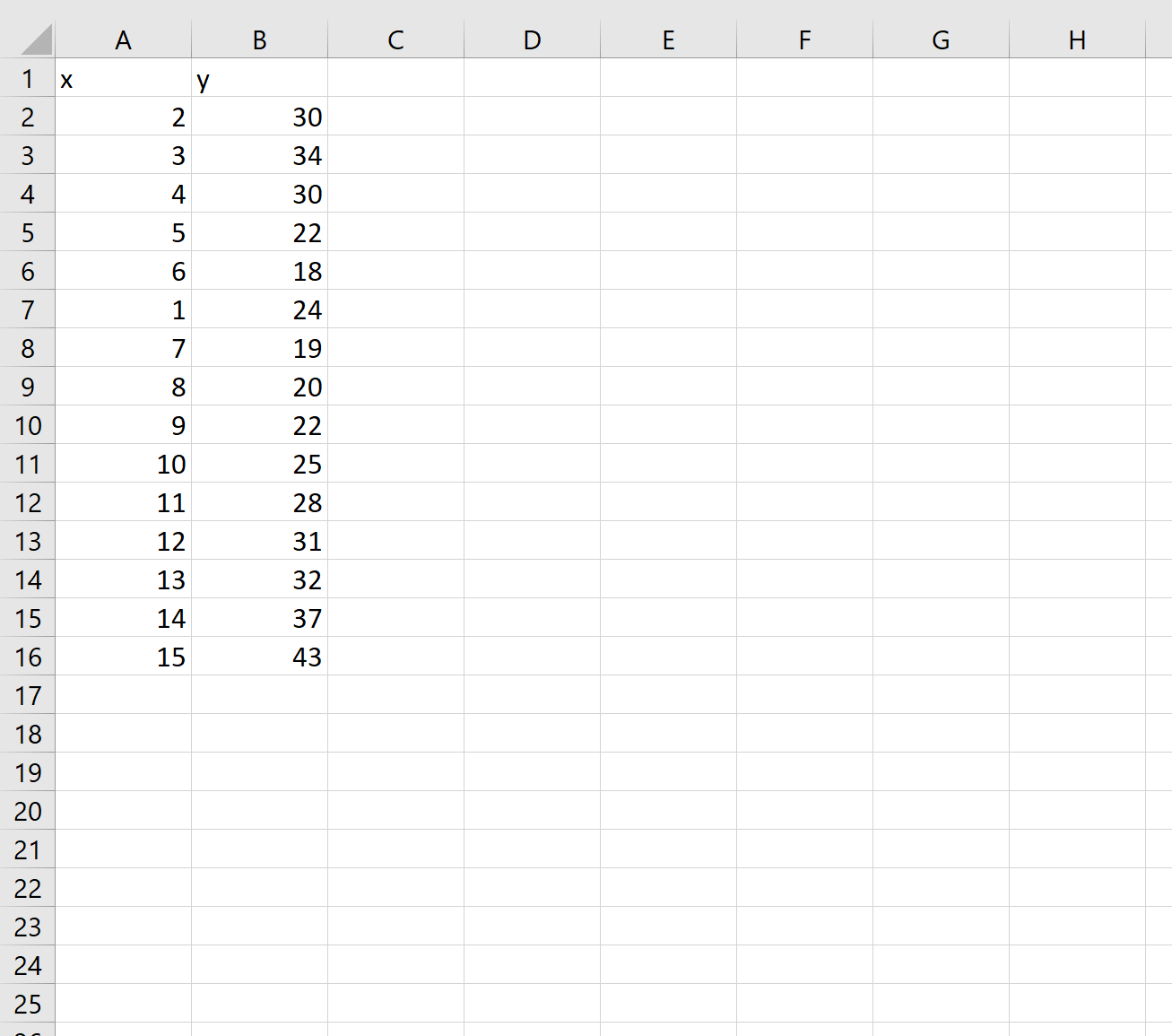 Next, let’s use the LINEST() function to fit a polynomial curve with a degree of 3 to the dataset: 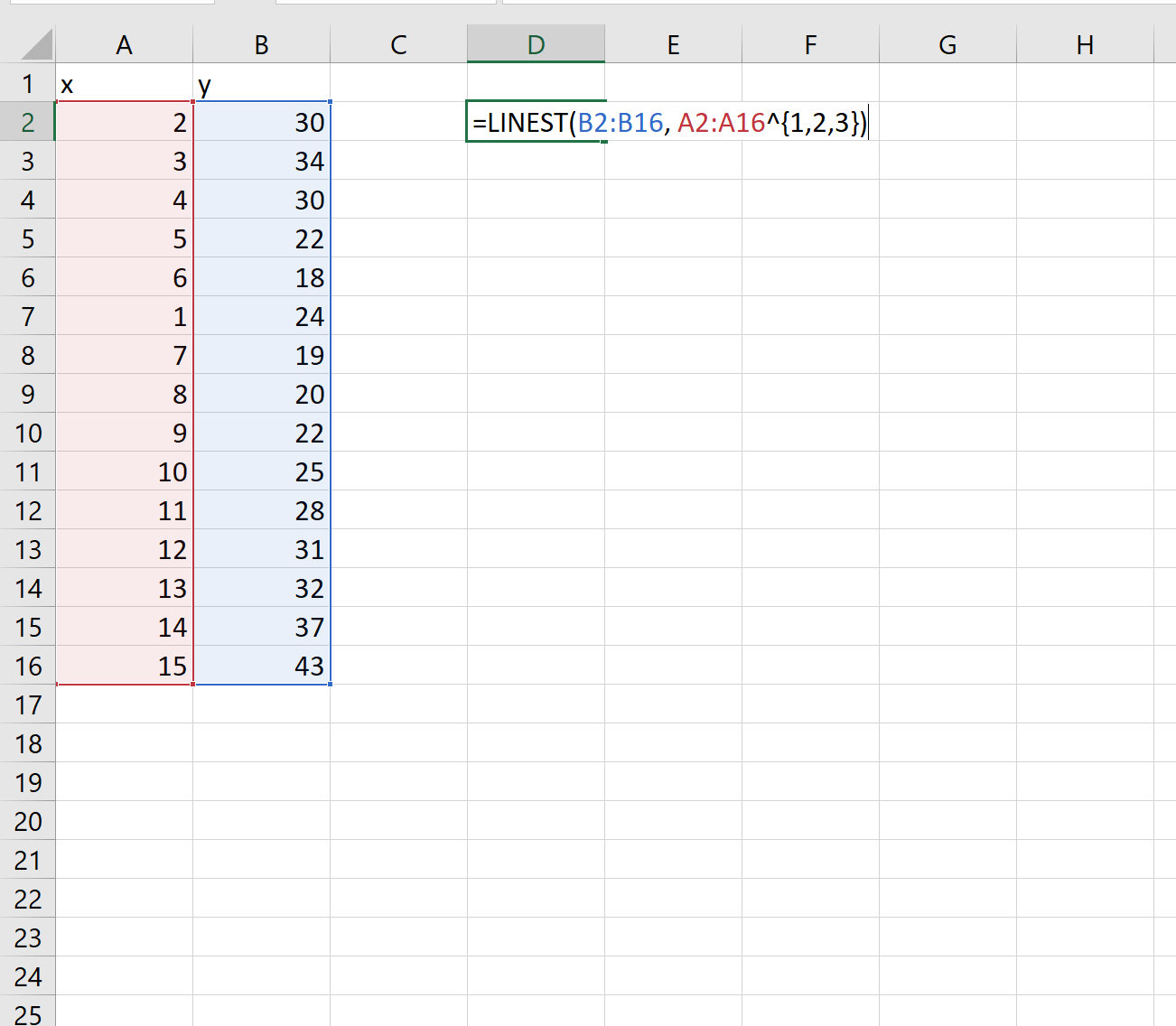 Once we press ENTER, an array of coefficients will appear: 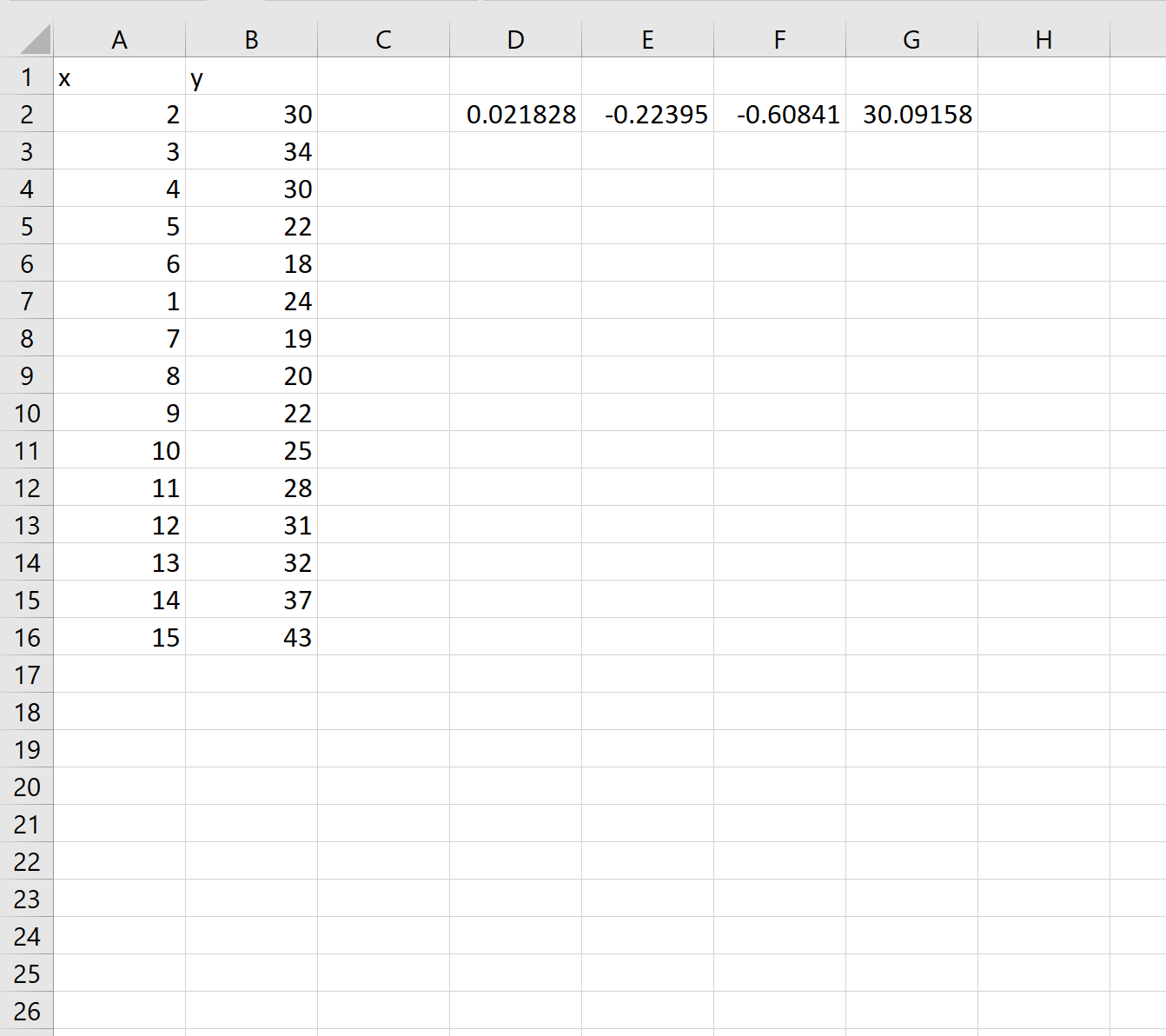 Using these coefficients, we can construct the following equation to describe the relationship between x and y:

We can also use this equation to calculate the expected value of y, based on the value of x.

For example, suppose x = 4. The expected value of y would be: