The MID function in Excel allows you to extract a specific number of characters from a string based on a starting position on the left side of the string.

However, you can use the following formula to replicate the MID function and extract a specific number of characters using a starting position on the right side of the string:

For example, you can use the following formula to extract the 4 middle characters in cell A1 starting 3 positions from the right:

Suppose we have the following list of basketball team names in Excel: 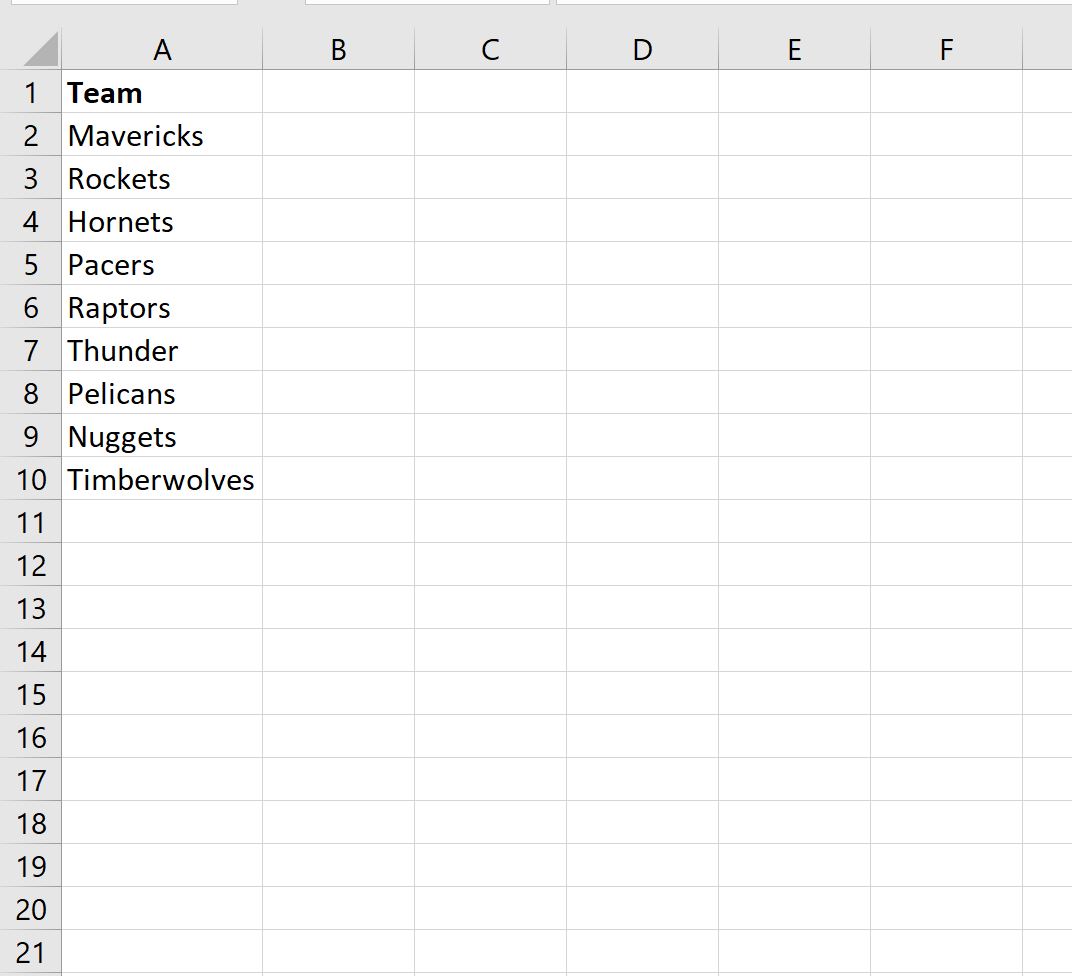 We can type the following formula into cell B2 to extract the 4 middle characters from the team name in cell A2 starting 3 positions from the right: 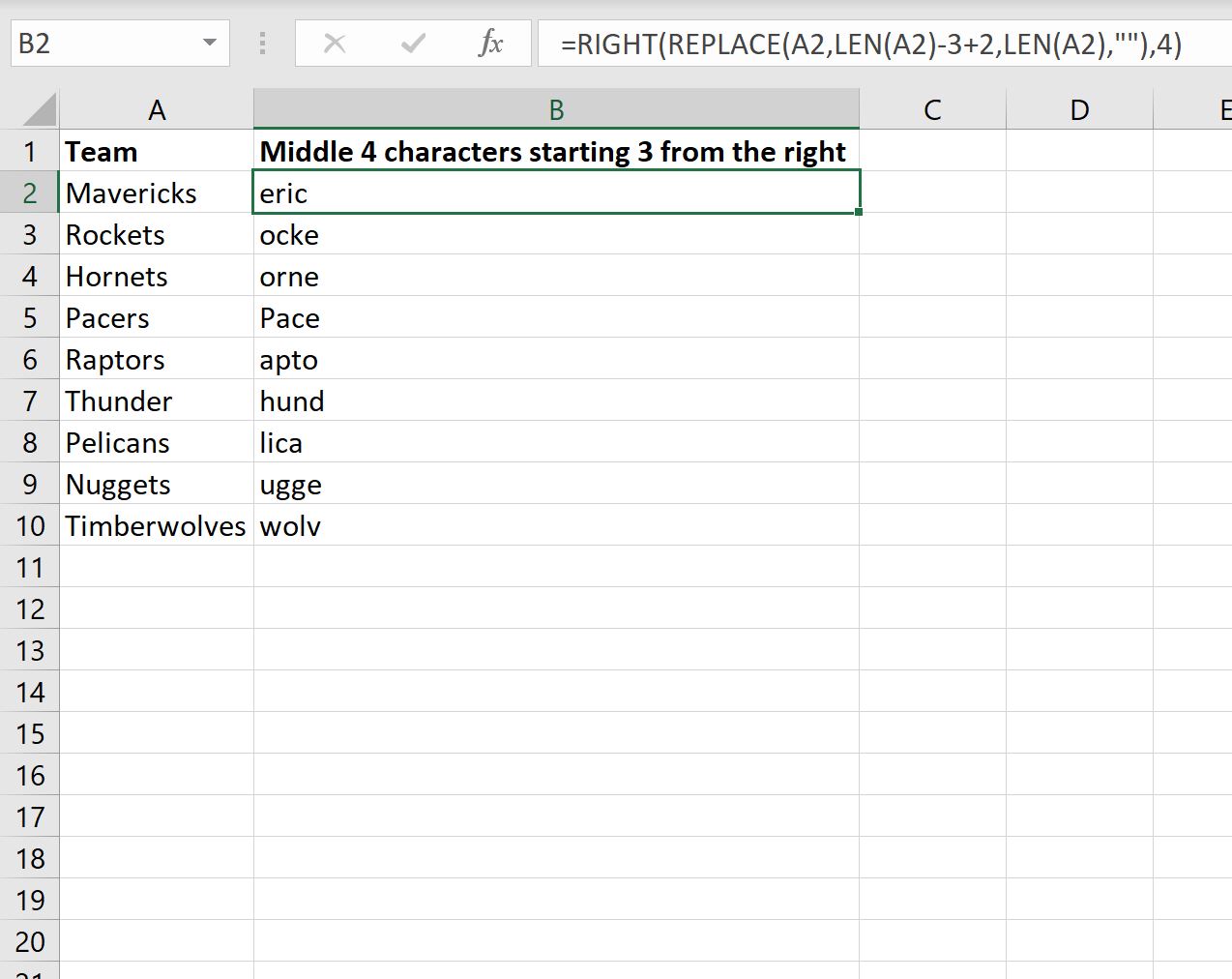 Column B now displays the 4 middle characters from each team name starting 3 positions from the right.

The 3rd position from the right is the letter c:

We then extract the 4 characters starting from this position:

The result is eric.

The formula repeats this process for each name in the Team column.