The LEFT function in Excel is used to extract a certain number of characters from the left side of a string.

However, you can use the following formula to use the LEFT function to extract all characters from the left side of a string until a specific character is encountered:

For example, you can use the following formula to extract all of the characters on the left side of the string in cell A2 until an underscore is encountered:

Suppose we have the following list of basketball team names in Excel: 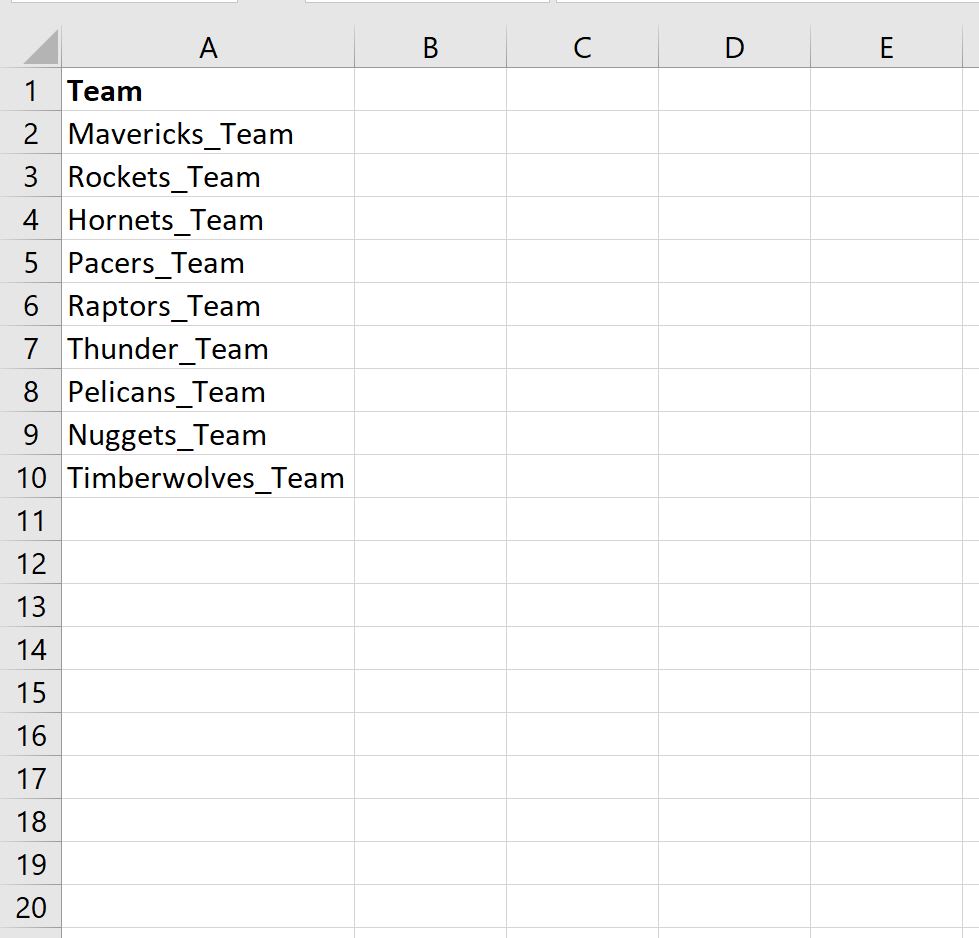 We can type the following formula into cell B2 to extract all of the characters in the team name of cell A2 until an underscore is encountered: 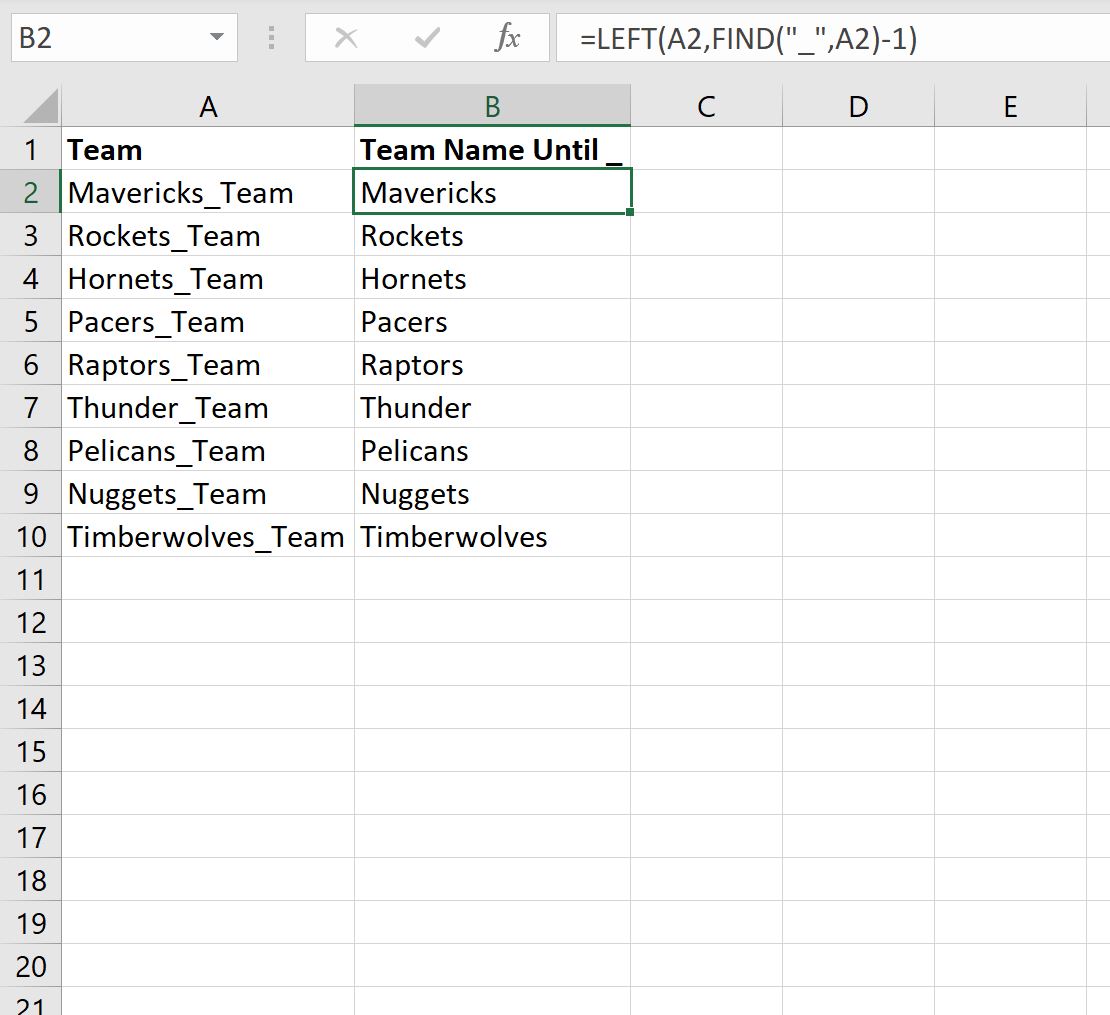 Column B now displays all of the characters in each team name until an underscore is encountered in the name.

It’s worth noting that if no underscore is found in the Team name, the formula will return #VALUE! as a result.

To return a different value, simply use the IFERROR() function.

For example, we can use the following IFERROR() function to return “None Found” if an underscore is not found in a given team name: 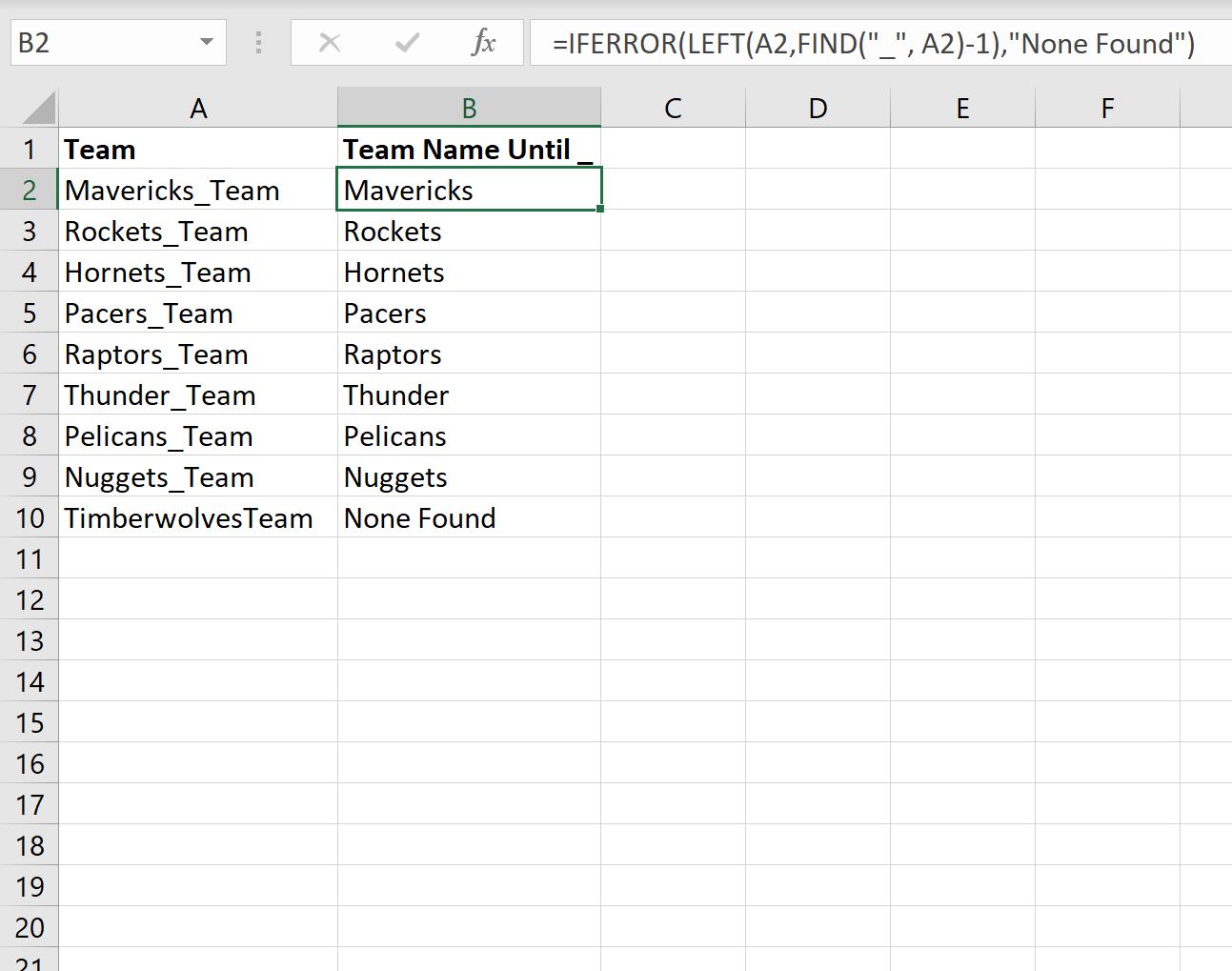 Note that you can also return a different value by simply replacing “None Found” with some other value in the IFERROR() function.