Often you may want to insert a character into a specific position of a string in Excel.

You can use the REPLACE function with the following syntax to do so:

This particular formula inserts “sometext” into the string in cell A2 starting at position 5 of the string.

Suppose we have the following dataset in Excel that shows the conference and team name of various basketball teams in the NBA: 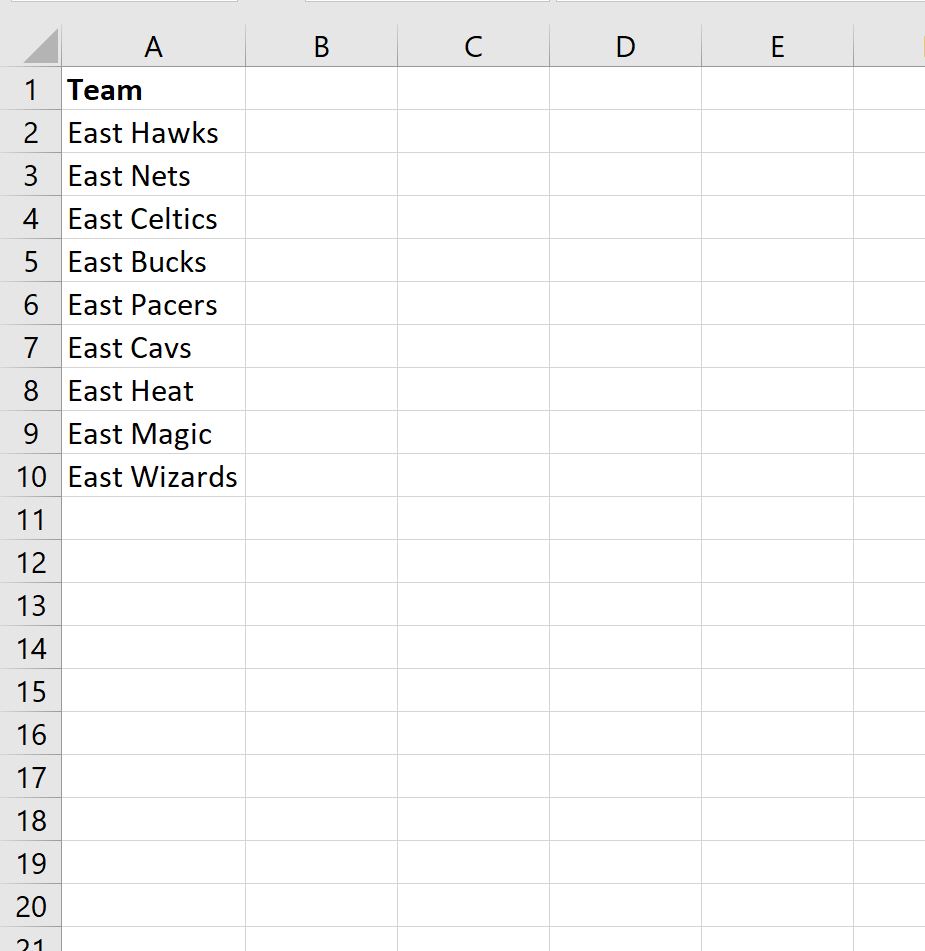 Suppose we would like to insert “Conference” immediately after “East” in each string.

Since “East” is 4 characters long, we will use the following formula to insert “Conference” into the string starting at the fifth position:

We will type this formula into cell B2 and then click and drag the formula down to each remaining cell in column B: 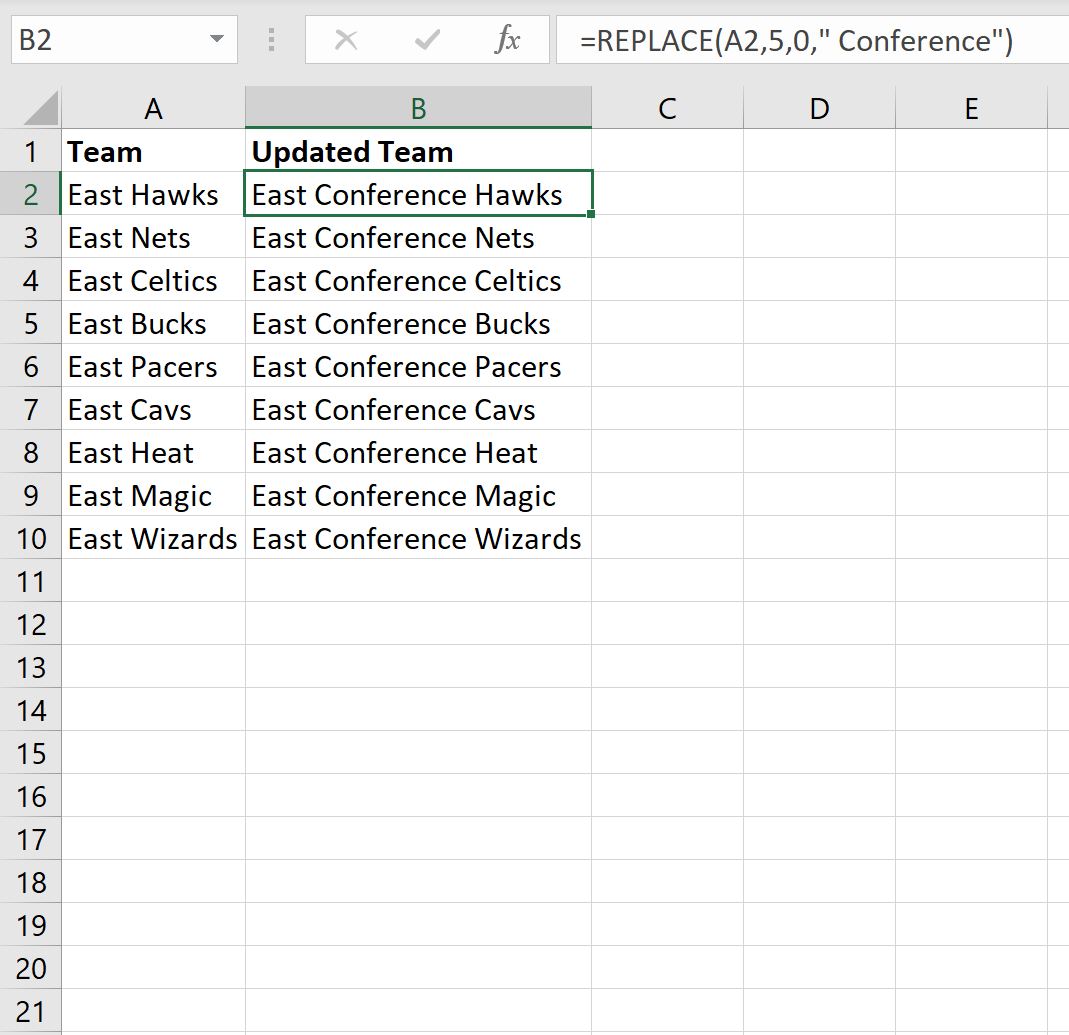 Notice that “Conference” has been inserted into each string starting at position 5.

Also note that we intentionally left a space in the beginning of ” Conference” so that there would be a space between “East” and “Conference” in each string.

How This Formula Works

The REPLACE() function in Excel uses the following syntax:

In our example, we used the following formula:

Excel: How to Remove Specific Text from Cells
Excel: A Formula for MID From Right
Excel: How to Use MID Function for Variable Length Strings