An ANOVA (Analysis of Variance) is used to determine whether or not there is a statistically significant difference between the means of three or more independent groups.

If the p-value from the ANOVA is less than some chosen significance level, we can reject the null hypothesis and conclude that we have sufficient evidence to say that at least one of the means of the groups is different from the others.

If one of the groups in the study is considered the control group, then we should use Dunnett’s test as the post-hoc test following the ANOVA.

We can use the following two steps to perform Dunnett’s test:

First, we must find Dunnett’s critical value. This is calculated as:

Next, we calculate the absolute difference between the mean of each group with the mean of the control group. If the difference exceeds Dunnett’s critical value, then that difference is said to be statistically significant.

The following example shows how to perform Dunnett’s test in practice.

Suppose a teacher wants to know whether or not two new studying techniques have the potential to increase exam scores for her students. To test this, she randomly splits her class of 30 students into the following three groups:

After one week of using their assigned study technique, each student takes the same exam. The results are as follows:

Using this information, we can perform Dunnett’s test to determine if either of the two new study techniques produce significantly different mean exam scores compared to the control group. 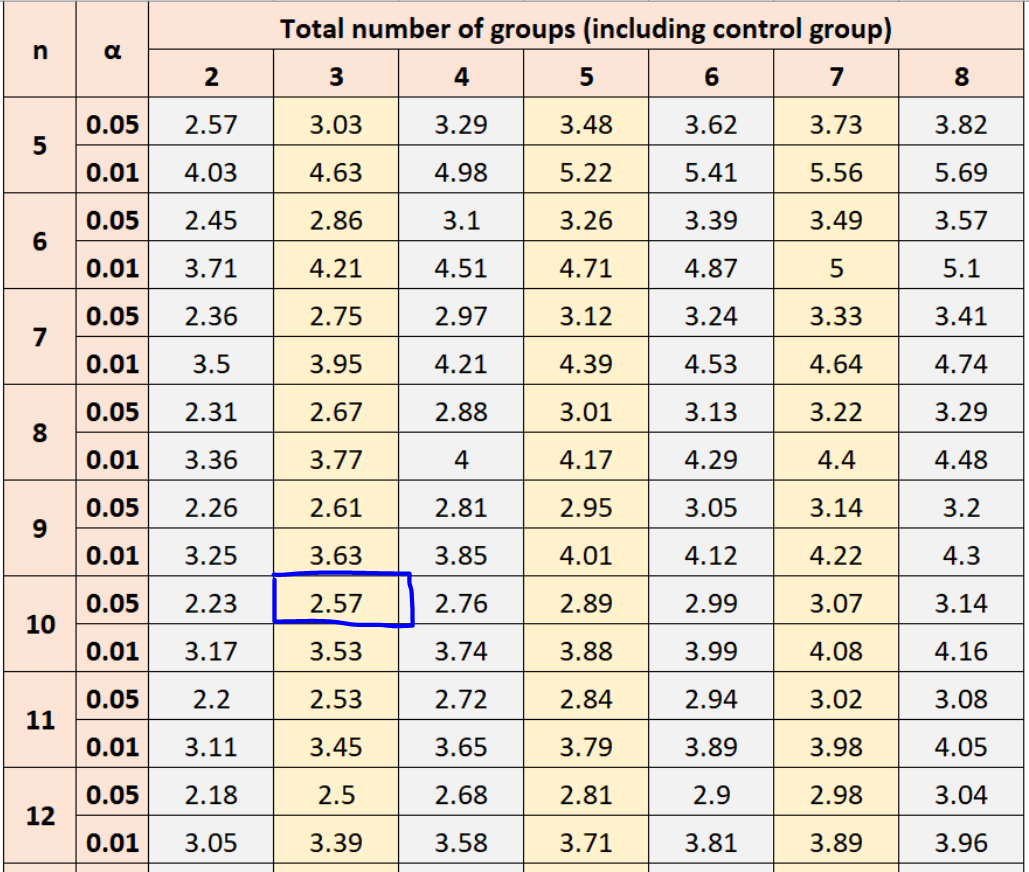 Next, we can plug this number into the formula to find Dunnett’s Critical value:

The absolute difference between the means of each study technique and the control group are as follows:

Only the absolute difference between technique 2 and the control group is greater than Dunnett’s critical value of 5.548.