A post-hoc test is a type of test that is performed following an ANOVA to determine which group means are statistically significantly different from each other.

If one of the groups in the study is considered the control group, then we should use Dunnett’s test as the post-hoc test.

This tutorial explains how to perform Dunnett’s test in R.

Suppose a teacher wants to know whether or not two new studying techniques have the potential to increase exam scores for her students. To test this, she randomly splits her class of 30 students into the following three groups:

After one week of using their assigned study technique, each student takes the same exam.

We can use the following steps in R to create a dataset, visualize the group means, perform a one-way ANOVA, and lastly perform Dunnett’s test to determine which (if either) new studying technique produces different results compared to the control group. 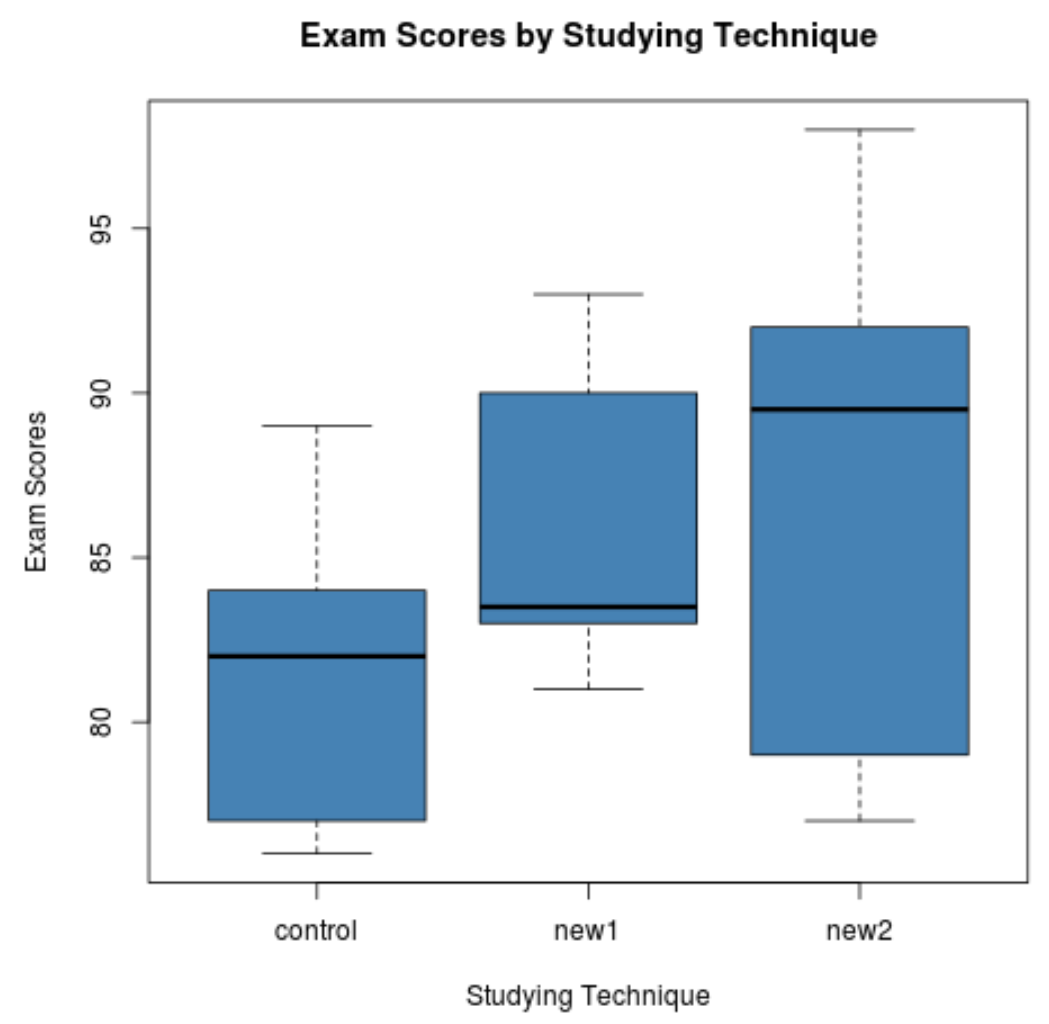 Just from the boxplots we can see that the distribution of exam scores is quite different for each studying technique. Next, we’ll perform a one-way ANOVA to determine if these differences are statistically significant.

Related: How to Plot Multiple Boxplots in One Chart in R

Since the overall p-value (0.0476) is less than .05, this is an indication that each group does not have the same average exam score. Next, we will perform Dunnett’s Test to determine which studying technique produces mean exam scores that differ from the control group.

To perform Dunnett’s Test in R we can use the DunnettTest() function from the DescTools library which uses the following syntax:

Based on the output, we can see that studying technique 2 is the only technique that produces significantly (p = .0296) different mean exam scores compared to the control group.