A doughnut chart is a circular chart that uses “slices” to display the relative sizes of data. It’s similar to a pie chart except it has a hole in the center, which makes it look more like a doughnut. 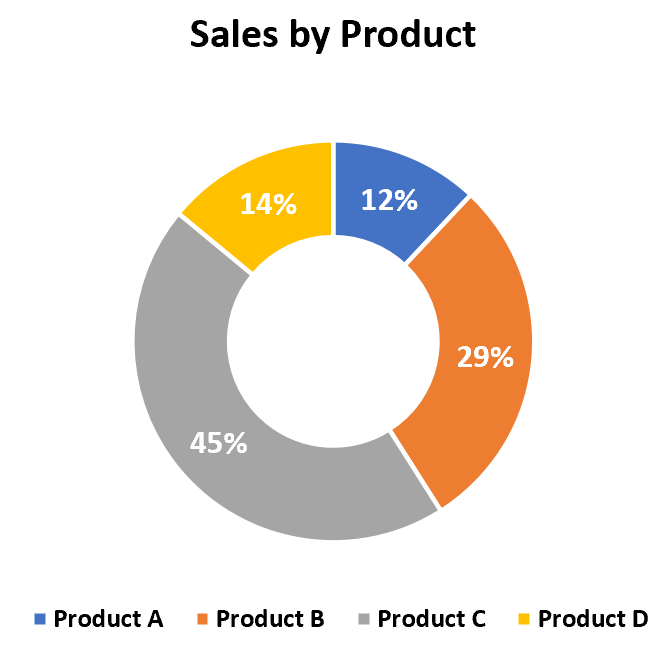 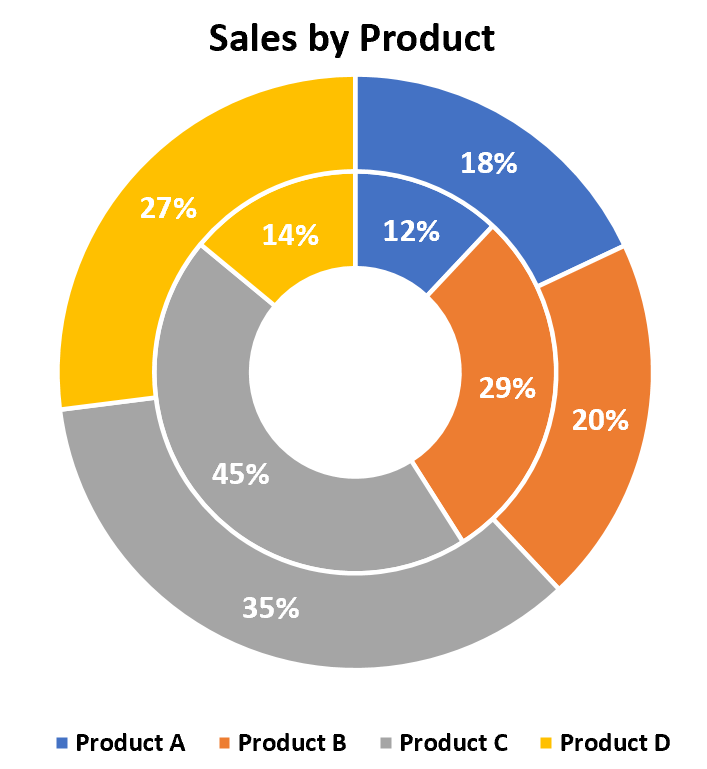 This tutorial explains how to create a double doughnut chart in Excel.

Perform the following steps to create a double doughnut chart in Excel.

Enter the following data into Excel, which displays the percentage of a company’s revenue that comes from four different products during two sales quarters: 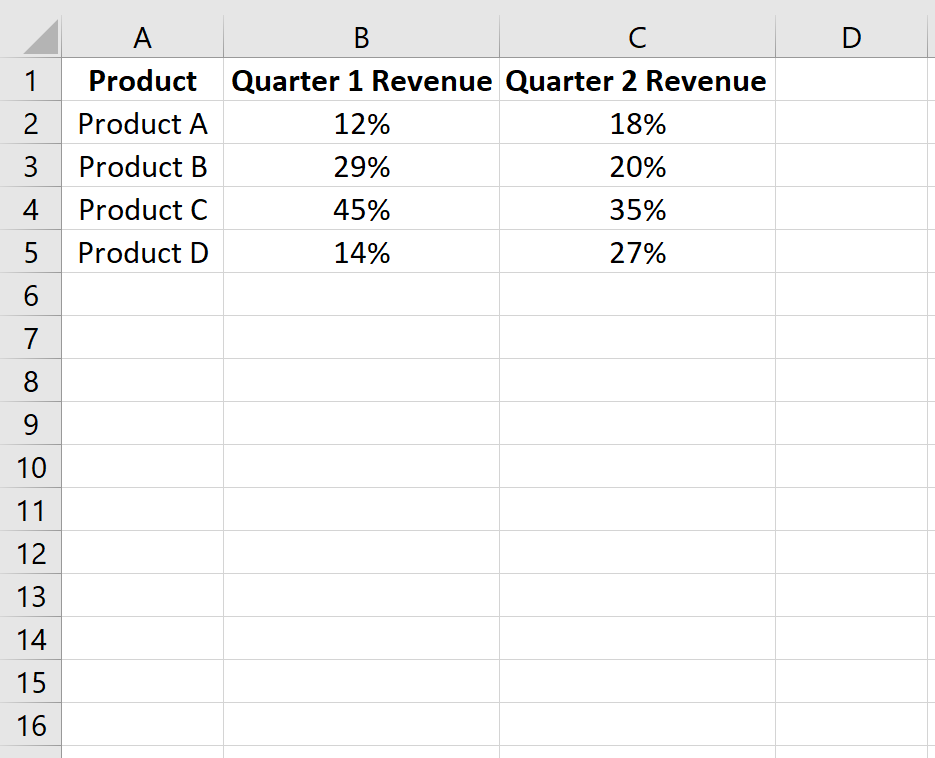 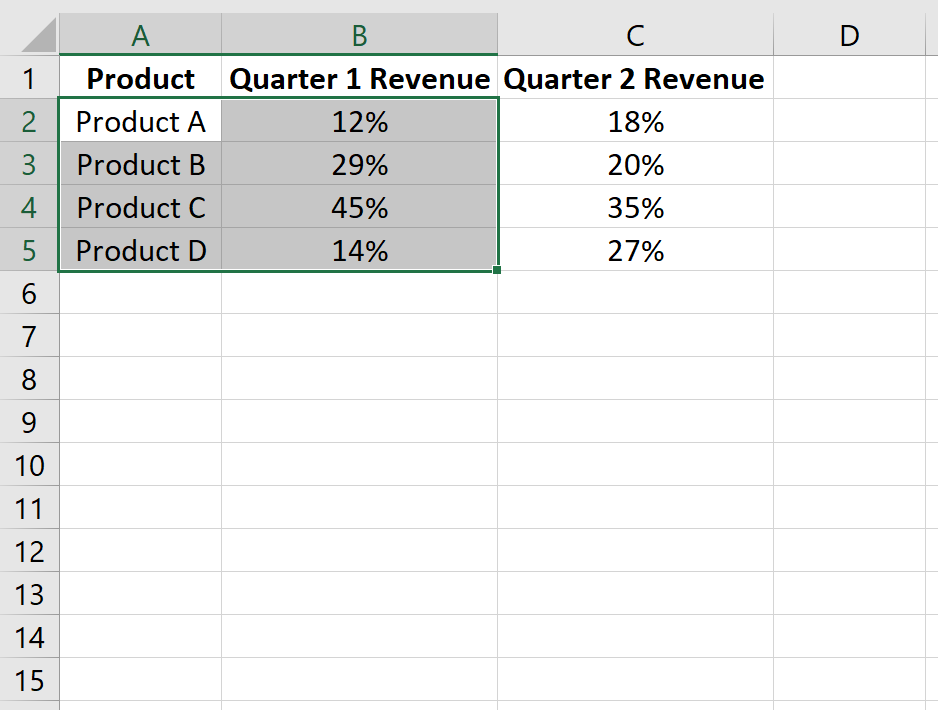 On the Data tab, in the Charts group, click the icon that says Insert Pie or Doughnut Chart. 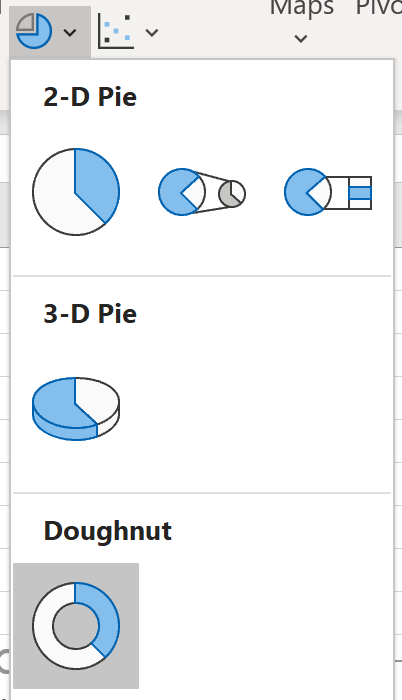 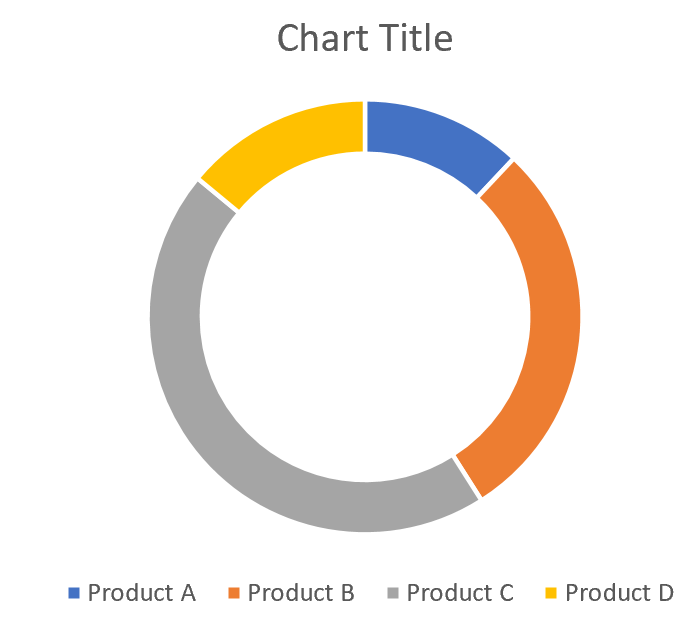 Step 3: Add a layer to create a double doughnut chart. 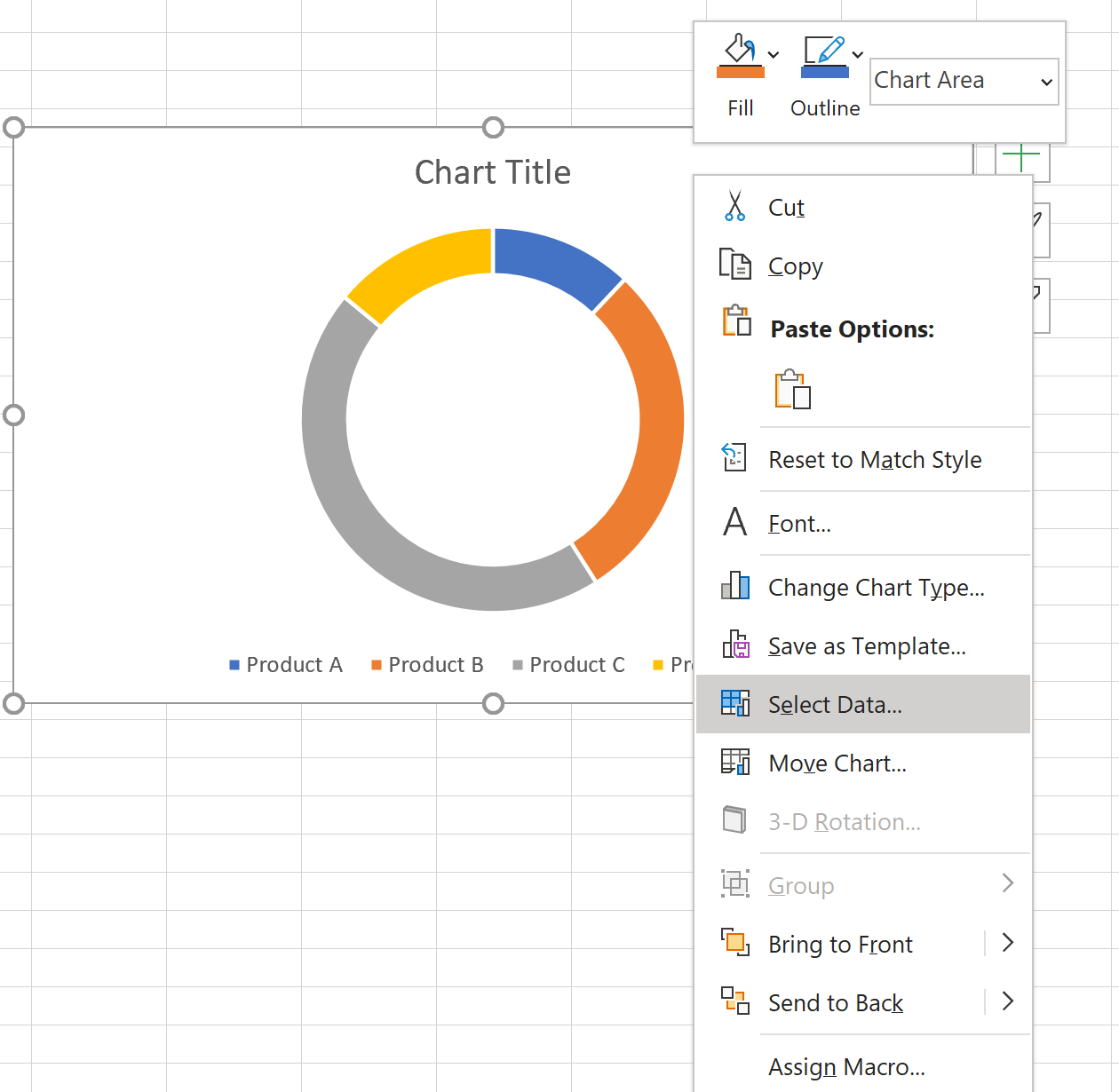 In the new window that pops up, click Add to add a new data series. 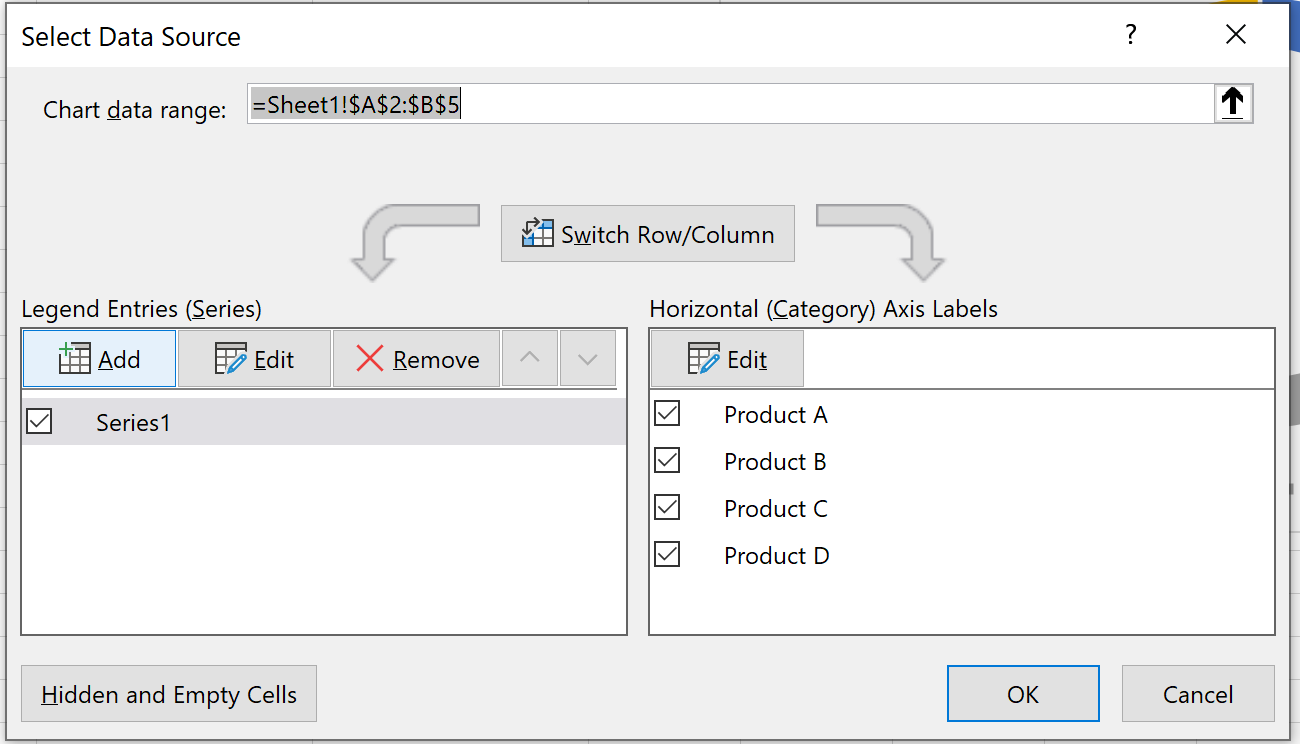 For Series values, type in the range of values fpr Quarter 2 revenue: 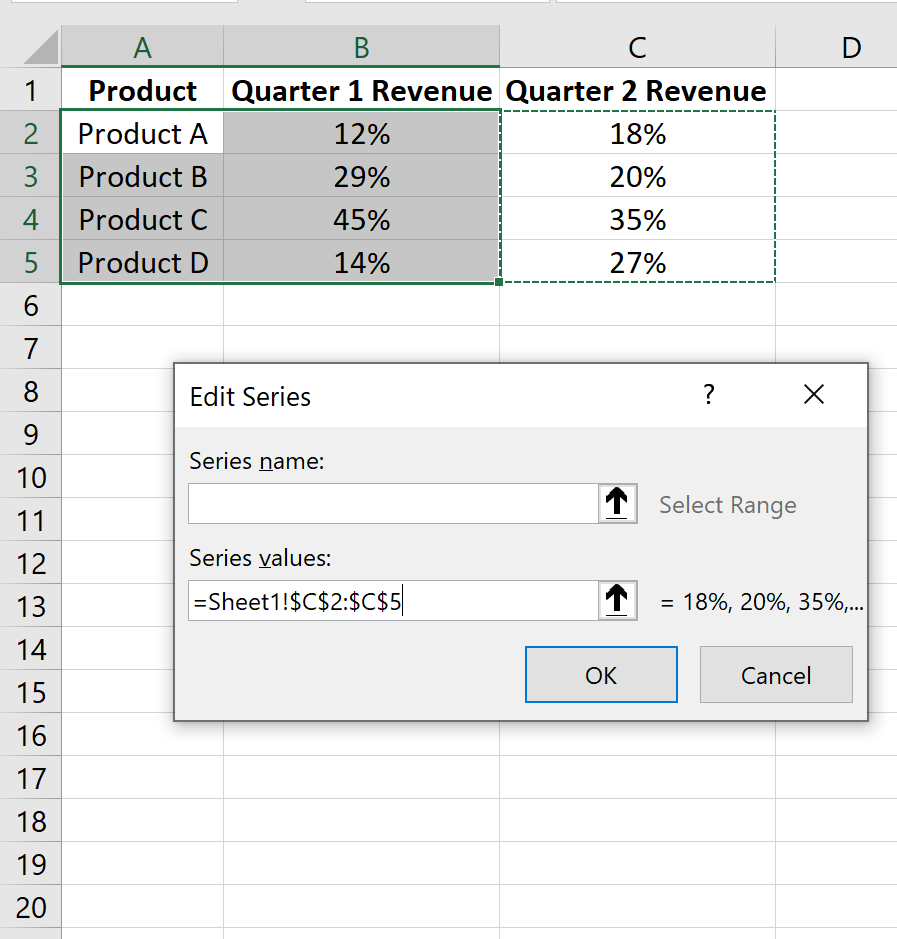 Click OK. The doughnut chart will automatically update with a second outer layer: 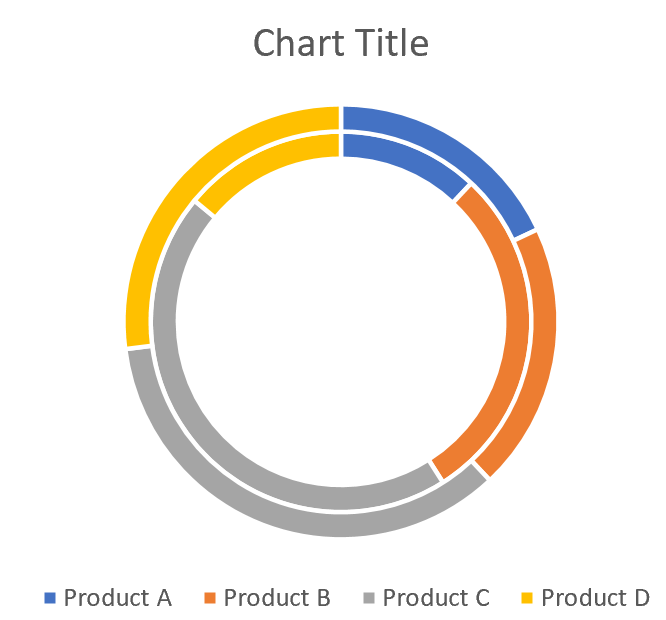 Once you create the double doughnut chart, you may decide to add a title and labels, and decrease the size of the hole in the middle slightly to make the chart easier to read:

The following tutorials explain how to create other common visualizations in Excel: