A dichotomous variable is a type of variable that only takes on two possible values.

Some examples of dichotomous variables include:

These types of variables occur all the time in practice. For example, consider the following dataset that contains 10 observations and 4 variables: 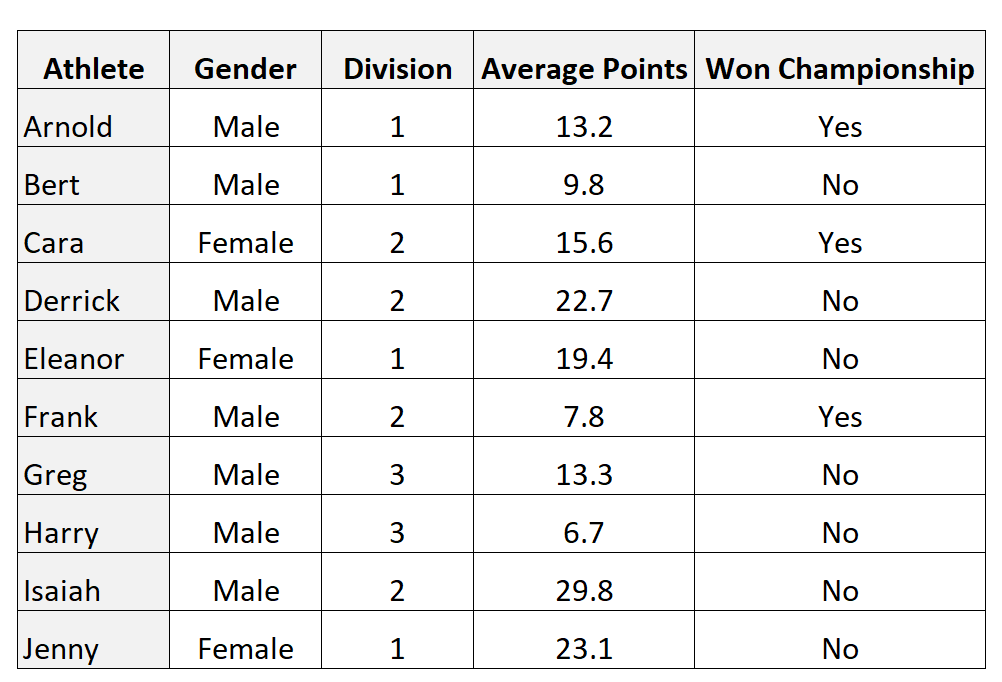 The variables gender and Won Championship are dichotomous because they can each only take on two possible values: 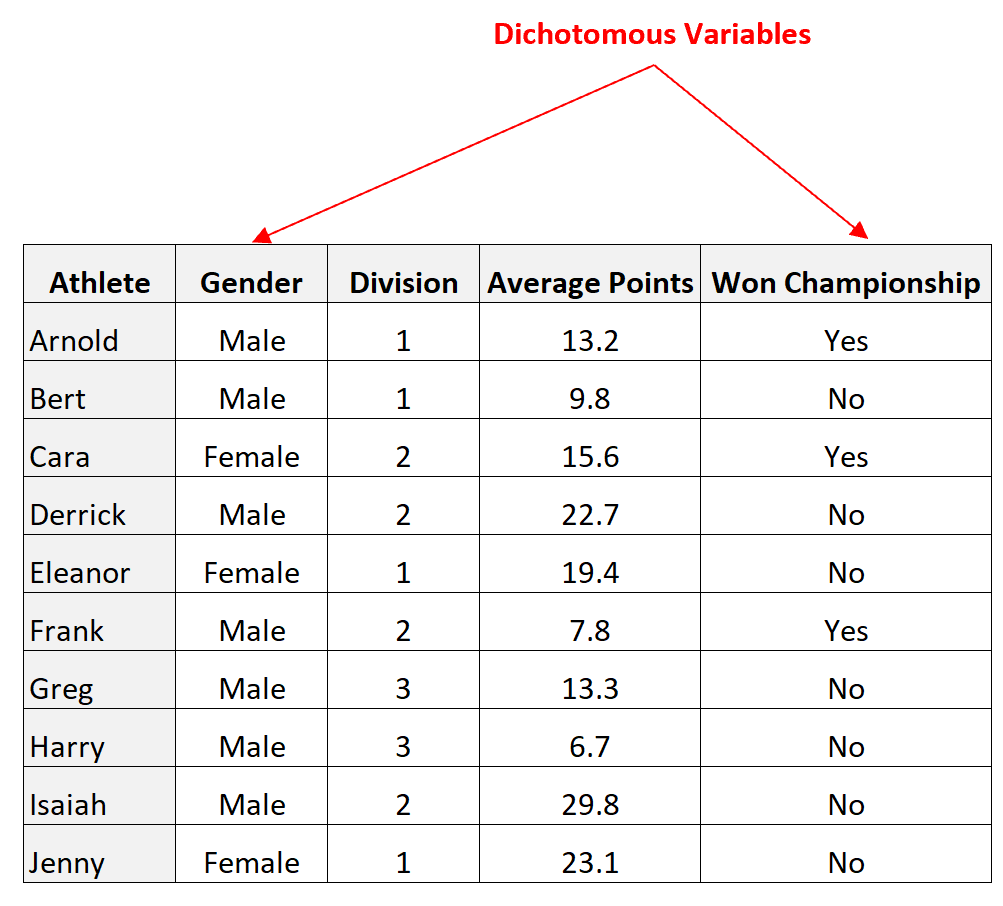 However, the variables Division and Average Points are not dichotomous because they can take on multiple values.

You can remember that dichotomous variables can only take on two values by remembering that the prefix “di” is a Greek word that means “two”, “twice”, or “double.”

How to Create Dichotomous Variables

It’s worth noting that we can create a dichotomous variable from a continuous variable by simply separating values based on some threshold.

For example, in the previous dataset we could turn the variable Average Points into a dichotomous variable by classifying players with an average above 15 as “high scorers” and those with an average below 15 as “low scorers”:

How to Visualize Dichotomous Variables

We typically visualize dichotomous variables by using a simple bar chart to represent the frequencies of each value it can take on.

For example, the following bar chart shows the frequencies of each gender in the previous dataset: 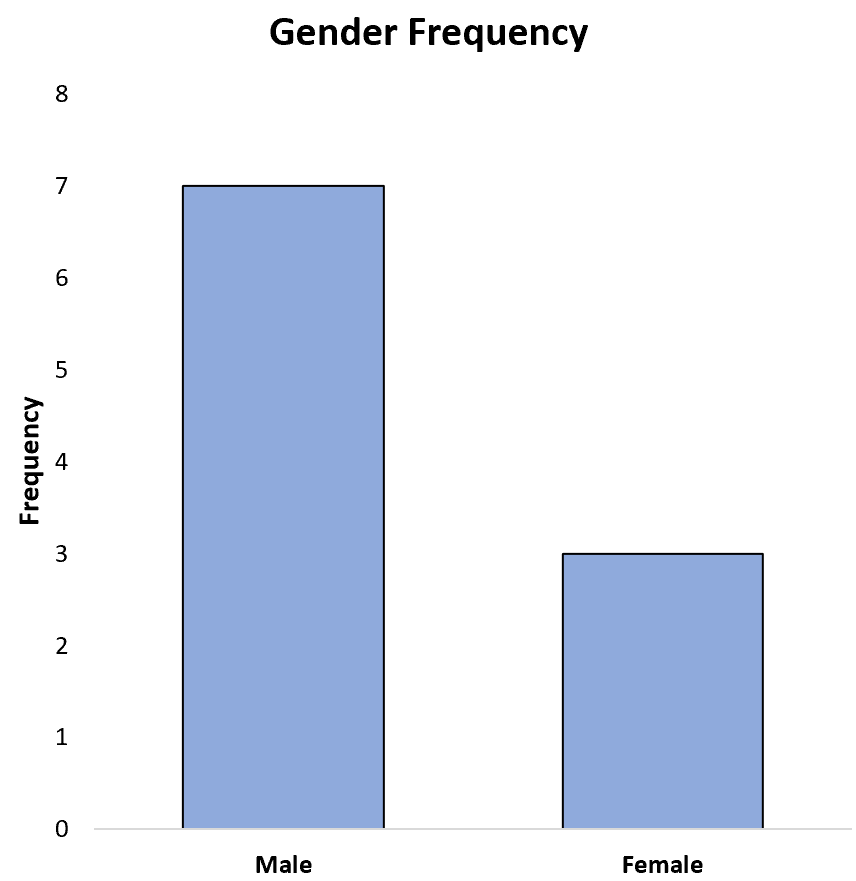 We could also display the frequencies as percentages on the y-axis: 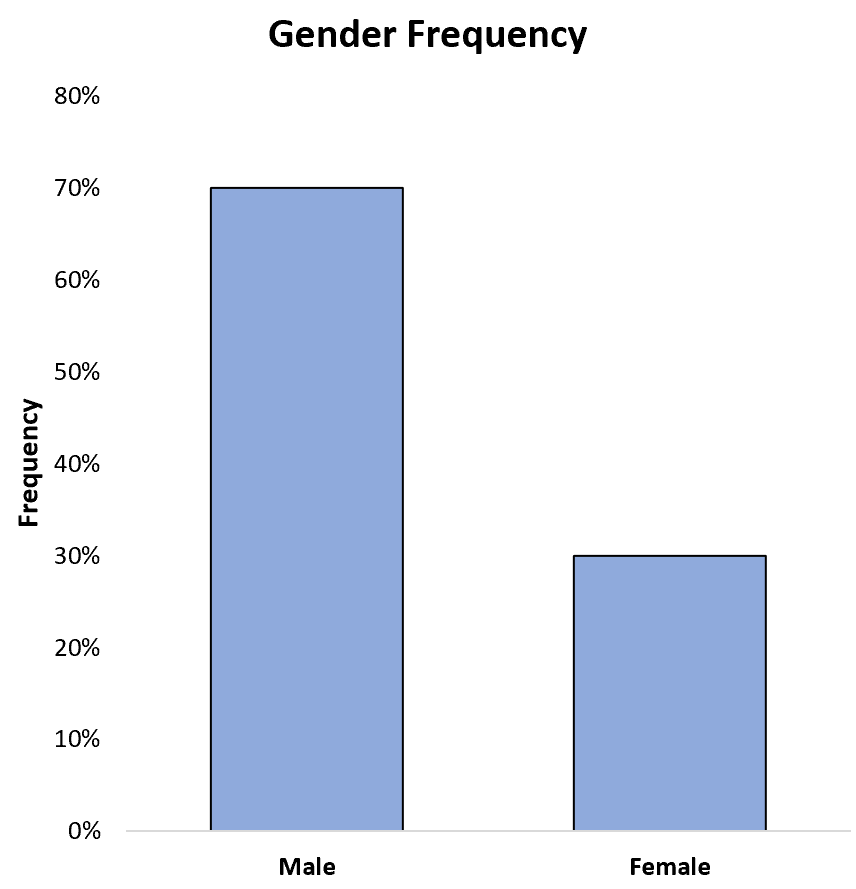 This allows us to easily see that 70% of the total athletes in the dataset are male and 30% are female.

How to Analyze Dichotomous Variables

There are several ways to analyze dichotomous variables. Two of the most common ways include:

A one proportion z-test determines whether or not some observed proportion is equal to a theoretical one.

For example, we might use this test to determine if the true proportion of athletes who are male in some population is equal to 50%.

Point-biserial correlation is used to measure the relationship between a dichotomous variable and a continuous variable.

This type of correlation takes on a value between -1 and 1 where:

For example, we might calculate the point-biserial correlation between gender and average points per game to understand how strongly these two variables are related.