Curvilinear regression is the name given to any regression model that attempts to fit a curve as opposed to a straight line.

Quadratic Regression: Used when a quadratic relationship exists between a predictor variable and a response variable. When graphed, this type of relationship looks like a “U” or an upside-down “U” on a scatterplot: 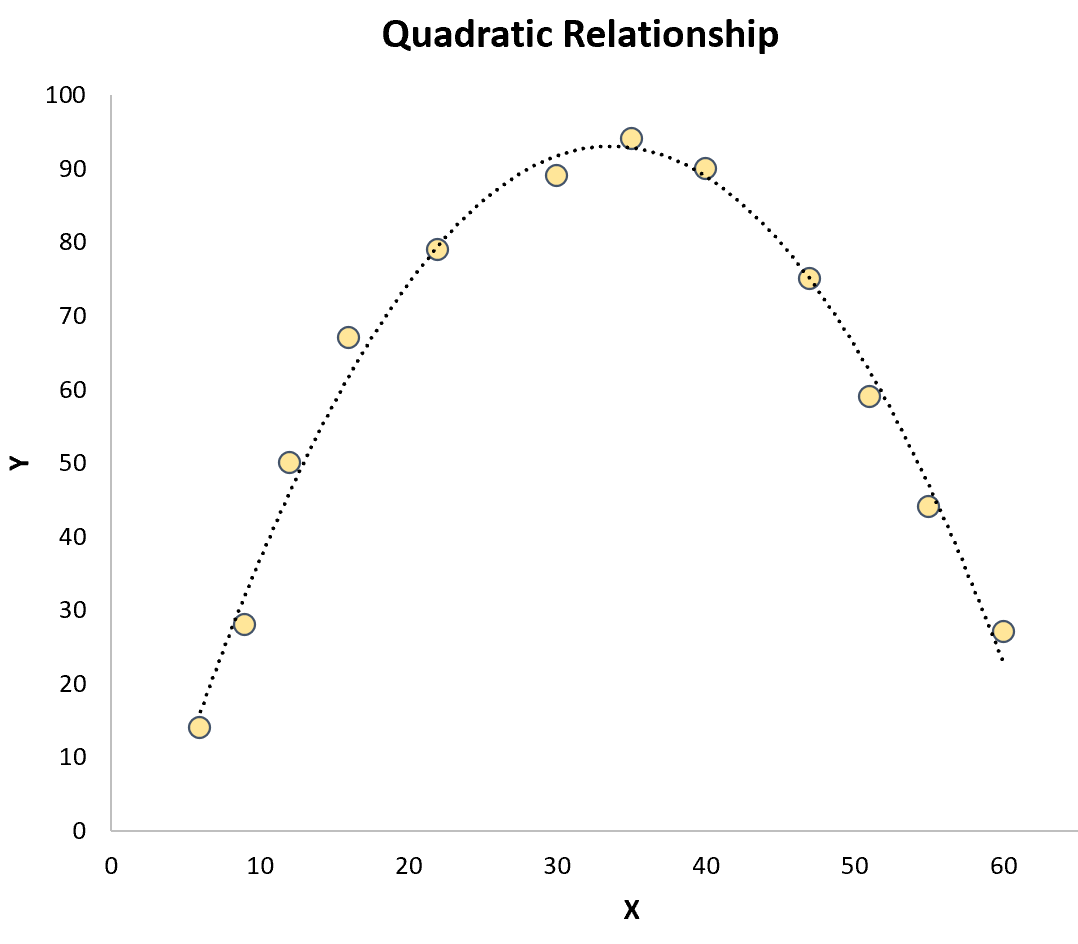 Cubic Regression: Used when a cubic relationship exists between a predictor variable and a response variable. When graphed, this type of relationship has two distinct curves on a scatterplot: 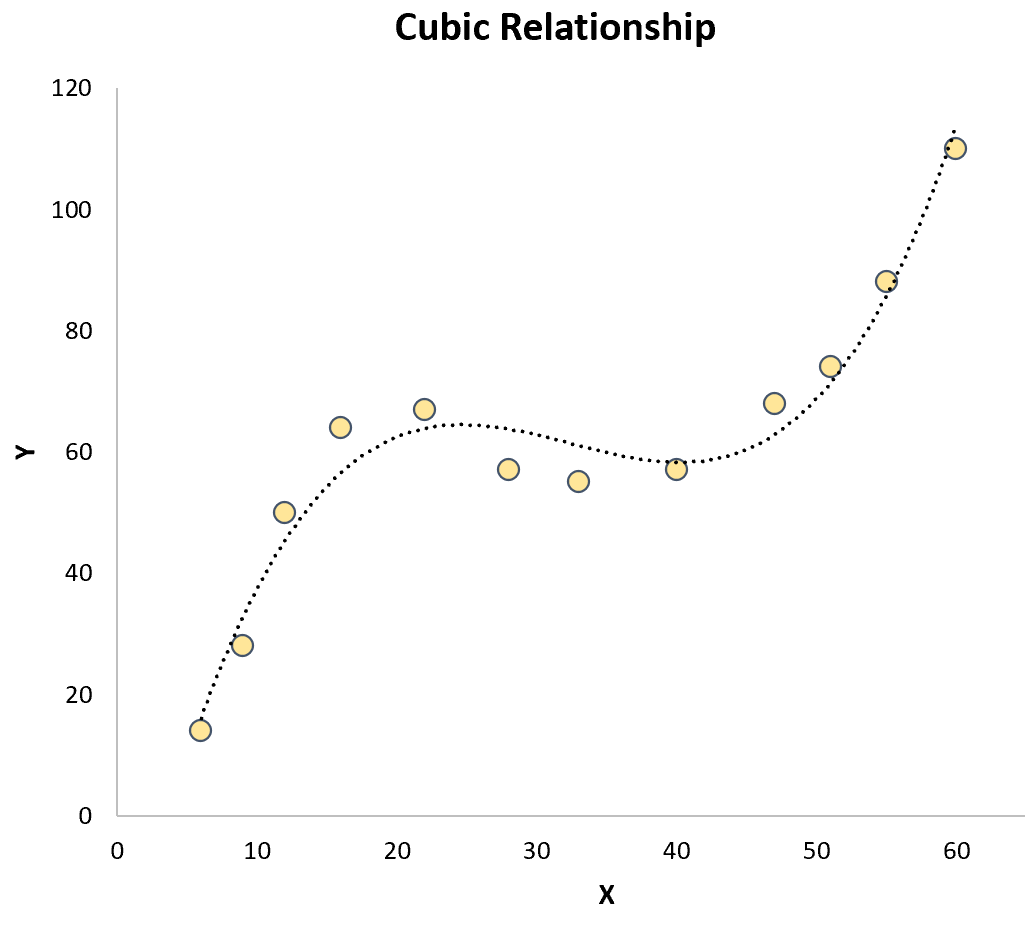 These are both in contrast to simple linear regression in which the relationship between the predictor variable and the response variable is linear: 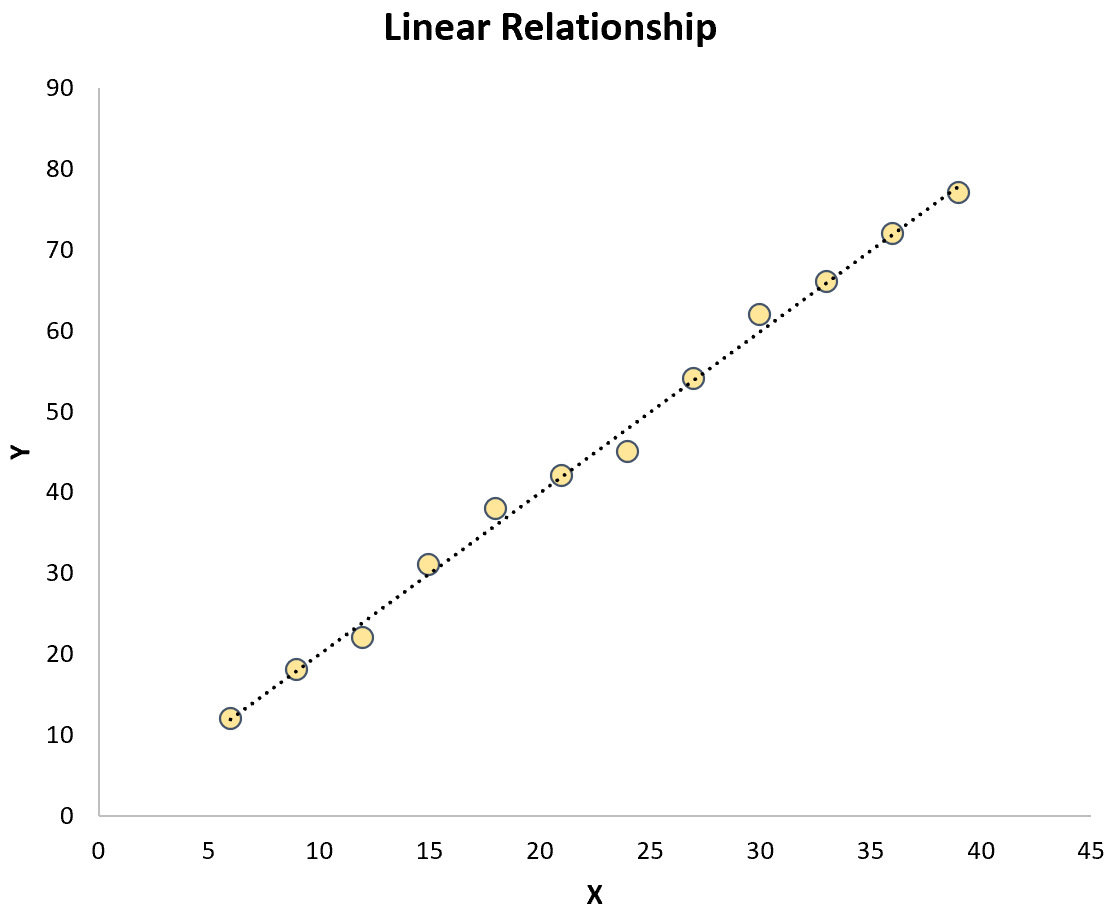 The Formula of Curvilinear Regression Models

In contrast, a quadratic regression model uses the following formula:

And a cubic regression model uses the following formula:

A more general name given to regression models that include exponents is polynomial regression, which takes on the following formula:

The value for k indicates the degree of the polynomial. Although the degree can be any positive number, in practice we rarely fit polynomial regression models with a degree higher than 3 or 4.

When to Use Curvilinear Regression

The easiest way to know whether or not you should use curvilinear regression is to create a scatterplot of the predictor variable and response variable.

If the scatterplot displays a linear relationship between the two variables, then simple linear regression is likely appropriate to use.

However, if the scatterplot shows a quadratic, cubic, or some other curvilinear pattern between the predictor and response variable, then curvilinear regression is likely more appropriate to use.

In general, the model with the higher adjusted R-squared value offers a better fit to the dataset.

The following tutorials explain how to perform polynomial regression in different statistical software: