Cross correlation is a way to measure the degree of similarity between a time series and a lagged version of another time series.

This type of correlation is used in many different fields, including:

Economics: The consumer confidence index (CCI) is considered to be a leading indicator for the gross domestic product (GDP) of a country. For example, if CCI is high during a given month, the GDP is likely to be higher x months later.

Business: Marketing spend is often considered to be a leading indicator for future revenue of businesses. For example, if a business spends an abnormally high amount of money on marketing during one quarter, then total revenue is expected to be high x quarters later.

Biology: Total ocean pollution is considered to be a leading indicator of the population of a certain species of turtle. For example, if pollution is higher during a given year then the total population of turtles is expected to be lower x years later.

The following example shows how to calculate the cross correlation between two time series in R.

Example: How to Calculate Cross Correlation in R

Suppose we have the following time series in R that show the total marketing spend (in thousands) for a certain company along with the the total revenue (in thousands) during 12 consecutive months:

We can calculate the cross correlation for every lag between the two time series by using the ccf() function as follows: 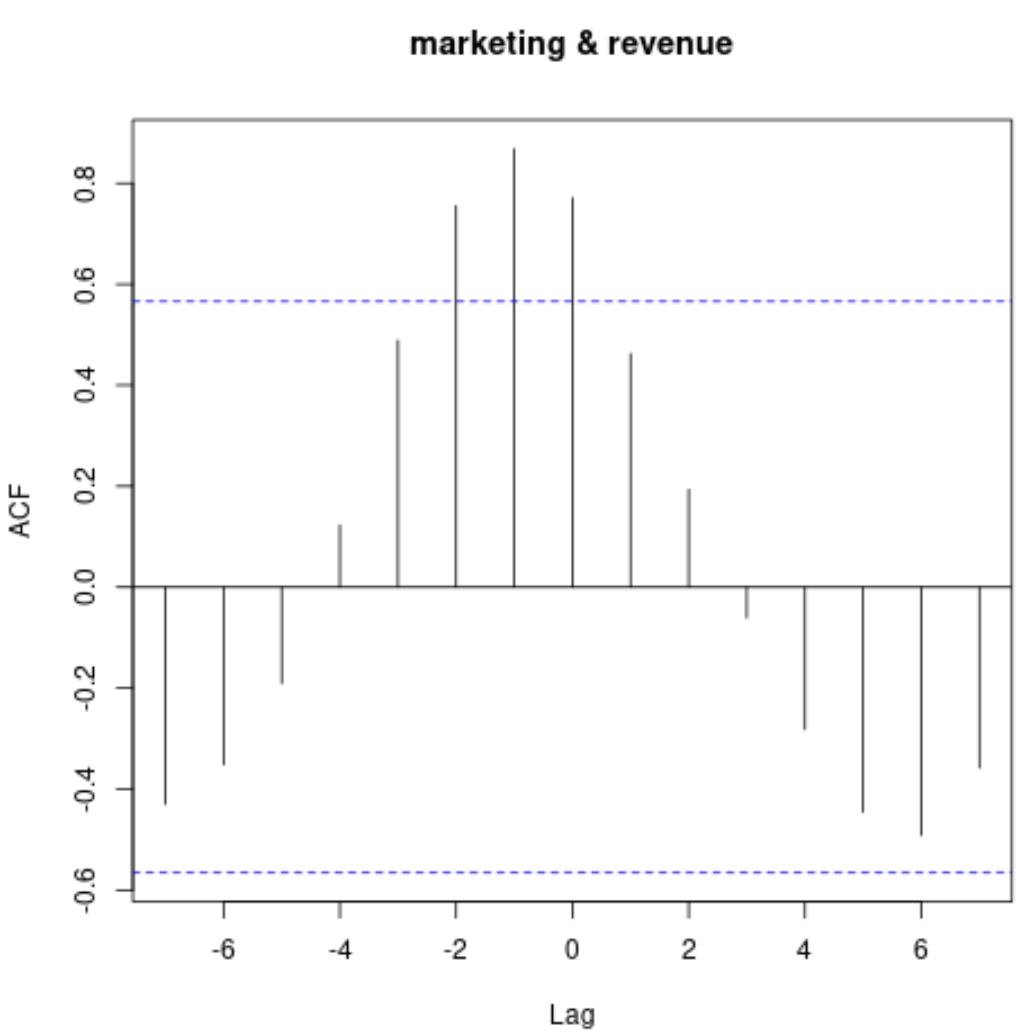 This plot displays the correlation between the two time series at various lags.

To display the actual correlation values, we can use the following syntax:

Here’s how to interpret this output:

Notice that the correlation between the two time series is quite positive within lags -2 to 2, which tells us that marketing spend during a given month is quite predictive of revenue one and two months later.

This intuitively makes sense – we would expect that high marketing spend during a given month is predictive of increased revenue during the next two months.