Criterion validity refers to how well the measurement of one variable can predict the response of another variable.

For example, we might want to know how well some college entrance exam is able to predict the first semester grade point average of students.

We want to know if it’s valid to use this particular explanatory variable as a way to predict the criterion variable.

How to Measure Criterion Validity

We typically measure criterion validity using a metric like the Pearson Correlation Coefficient, which takes on value between -1 and 1 where:

The further away the correlation coefficient is from zero, the stronger the association between the two variables.

There are two main types of criterion validity:

In other words, we’re trying to determine if the entrance exam score can predict first semester GPA well.

The second type of criterion validity is known as concurrent validity, which measures two variables concurrently (i.e. at the same time) to see if one variable is significantly associated with the other.

An example of this would be if a company administers some type of test to see if the scores on the test are correlated with employee productivity. 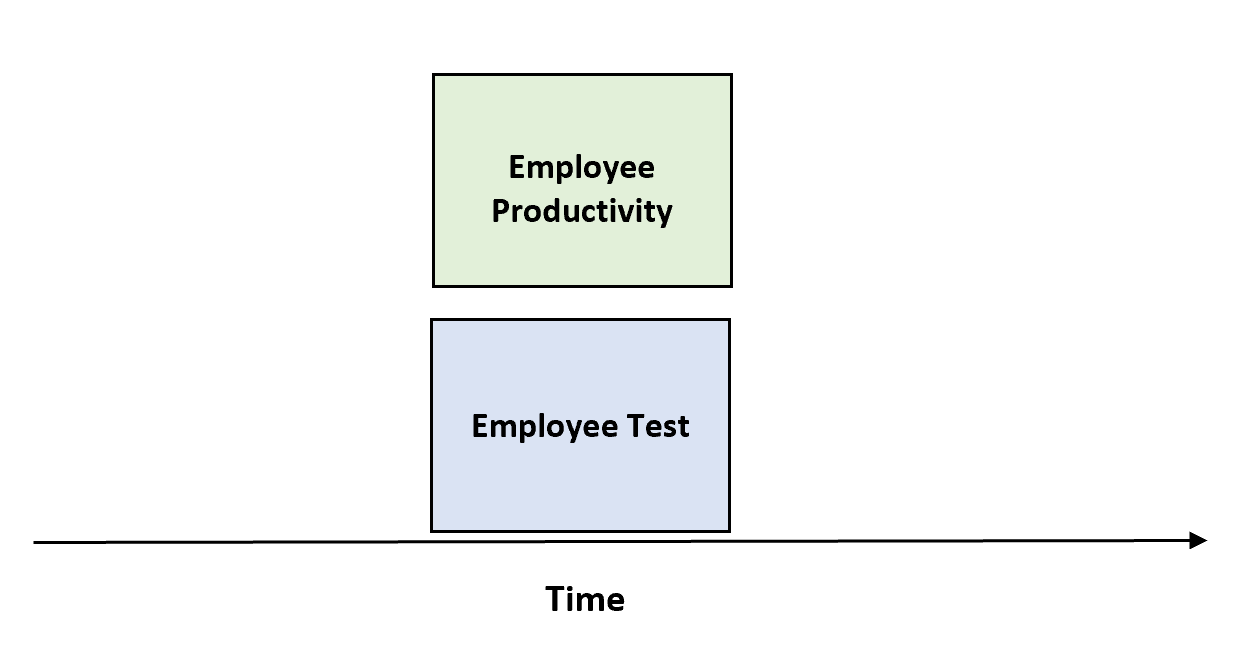 The benefit of this approach is that we don’t have to wait until some point in the future to take a measurement on the criterion variable we’re interested in.