The formula to calculate the covariance between two variables, X and Y is:

The following example shows how to create a covariance matrix in Google Sheets for a given dataset.

How to Create a Covariance Matrix in Google Sheets

Suppose we have the following dataset that shows the test scores of 10 different students for three subjects: math, science, and history.

To create a covariance matrix for this dataset, we can use the COVAR() function with the following syntax: 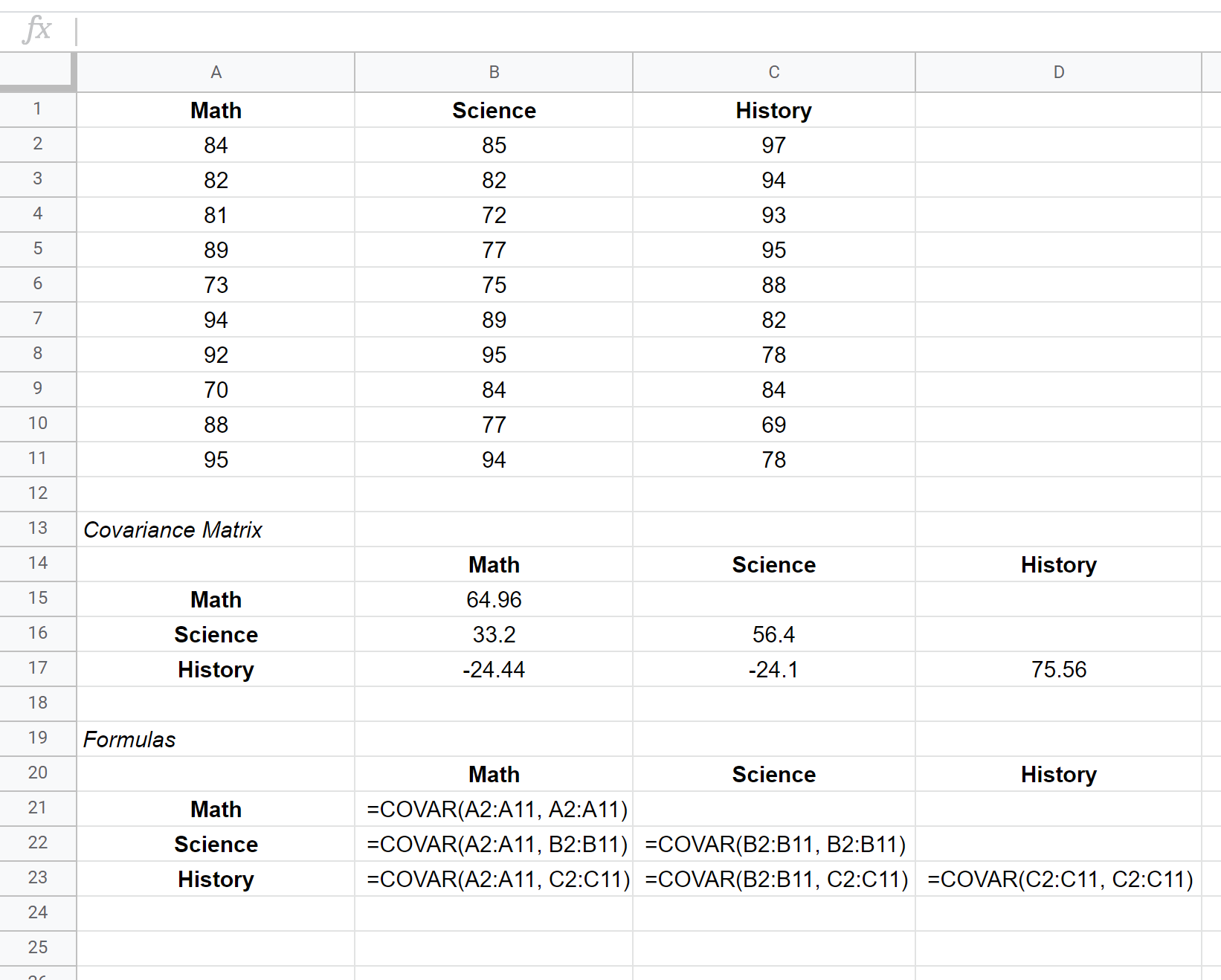 How to Interpret a Covariance Matrix

Once we have a covariance matrix, it’s simple to interpret the values in the matrix.

The values along the diagonals of the matrix are simply the variances of each subject. For example:

A positive number for covariance indicates that two variables tend to increase or decrease in tandem. For example, math and science have a positive covariance (33.2), which indicates that students who score high on math also tend to score high on science. Likewise, students who score low on math also tend to score low on science.

A negative number for covariance indicates that as one variable increases, a second variable tends to decrease. For example, math and history have a negative covariance (-24.44), which indicates that students who score high on math tend to score low on history. Likewise, students who score low on math tend to score high on history.