Correlation and regression are two terms in statistics that are related, but not quite the same.

In this tutorial, we’ll provide a brief explanation of both terms and explain how they’re similar and different.

Correlation measures the linear association between two variables, x and y. It has a value between -1 and 1 where:

For example, suppose we have the following dataset that contains two variables: (1) Hours studied and (2) Exam Score received for 20 different students: 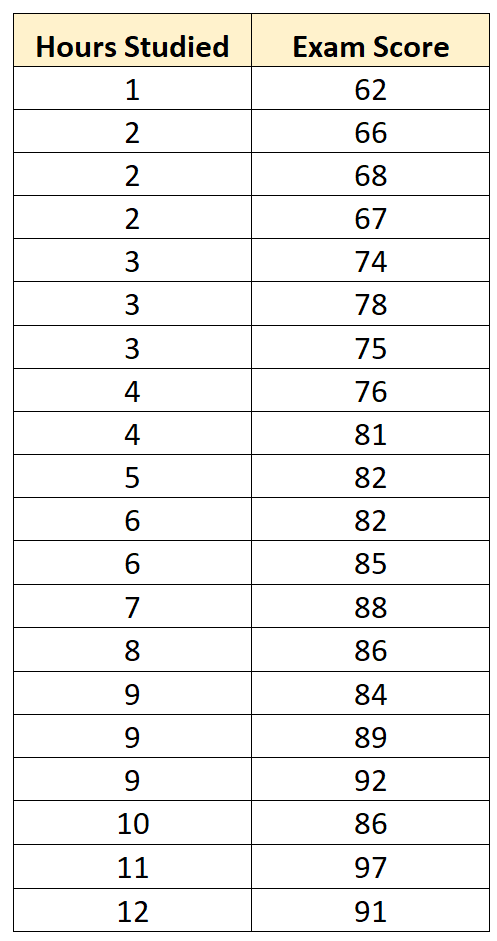 If we created a scatterplot of hours studied vs. exam score, here’s what it would look like: 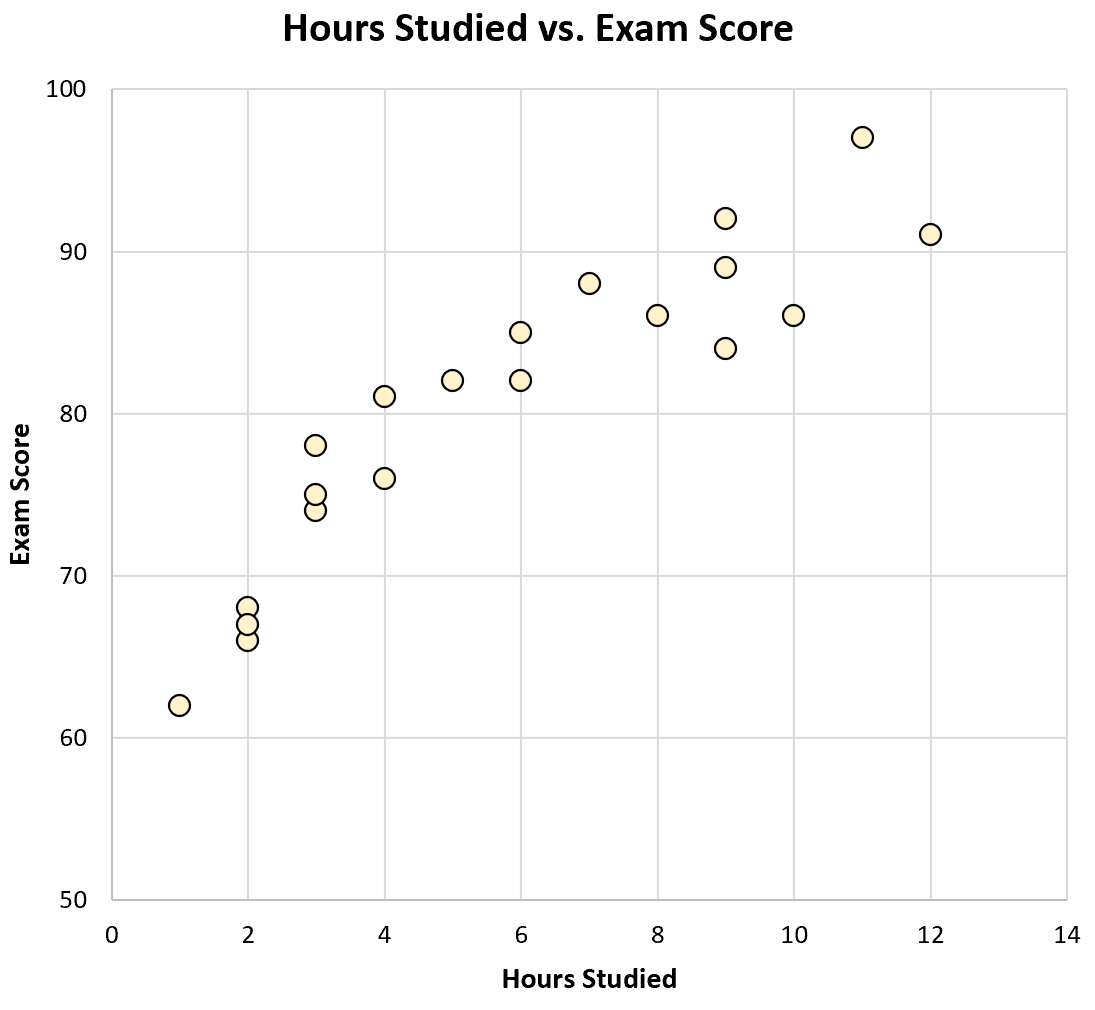 Just from looking at the plot, we can tell that students who study more tend to earn higher exam scores. In other words, we can visually see that there is a positive correlation between the two variables.

A regression model uses one variable, x, as the predictor variable, and the other variable, y, as the response variable. It then finds an equation with the following form that best describes the relationship between the two variables:

For example, consider our dataset from earlier:

Using a linear regression calculator, we find that the following equation best describes the relationship between these two variables:

The way to interpret this equation is as follows:

We can also use this equation to predict the score that a student will receive based on the number of hours studied.

For example, a student who studies 6 hours is expected to receive a score of 80.95:

We can also plot this equation as a line on a scatterplot: 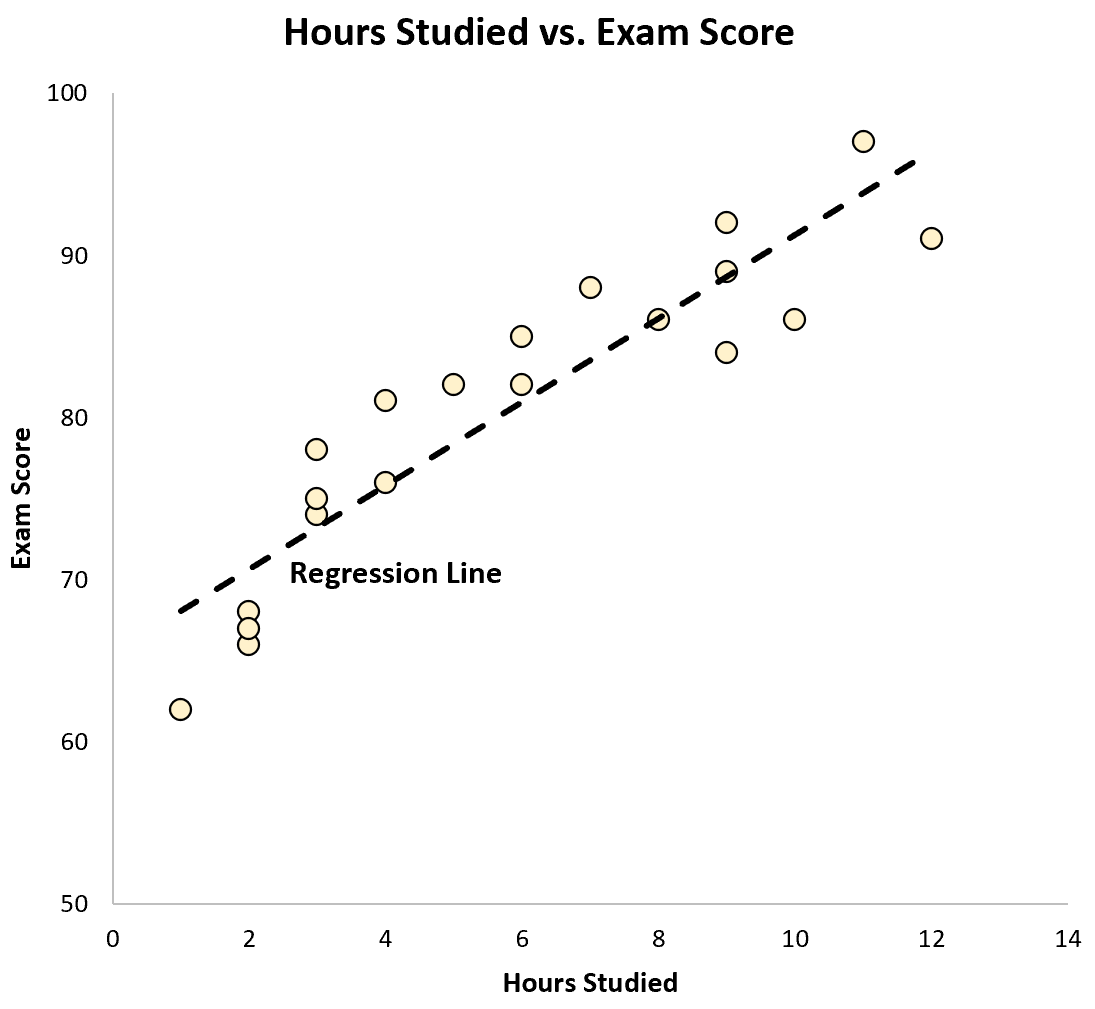 We can see that the regression line “fits” the data quite well.

Recall earlier that the correlation between these two variables was r = 0.915. It turns out that we can square this value and get a number called “r-squared” that describes the total proportion of variance in the response variable that can be explained by the predictor variable.

Here is a summary of the similarities and differences between correlation and regression:

The following tutorials offer more in-depth explanations of topics covered in this post.