A correlation matrix is a square table that shows the Pearson correlation coefficients between different variables in a dataset.

As a quick refresher, the Pearson correlation coefficient is a measure of the linear association between two variables. It takes on a value between -1 and 1 where:

This tutorial explains how to create and interpret a correlation matrix in SPSS.

Example: How to Create a Correlation Matrix in SPSS

Use the following steps to create a correlation matrix for this dataset that shows the average assists, rebounds, and points for eight basketball players: 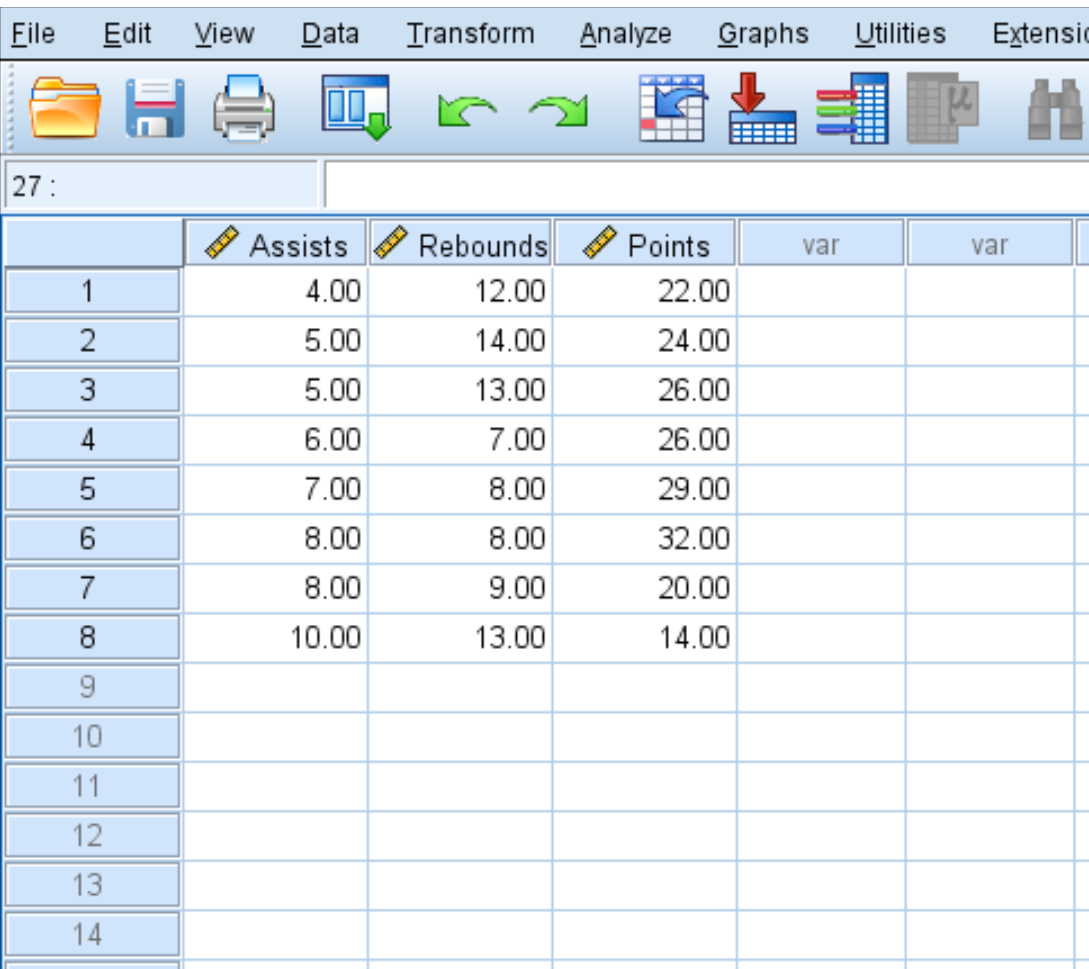 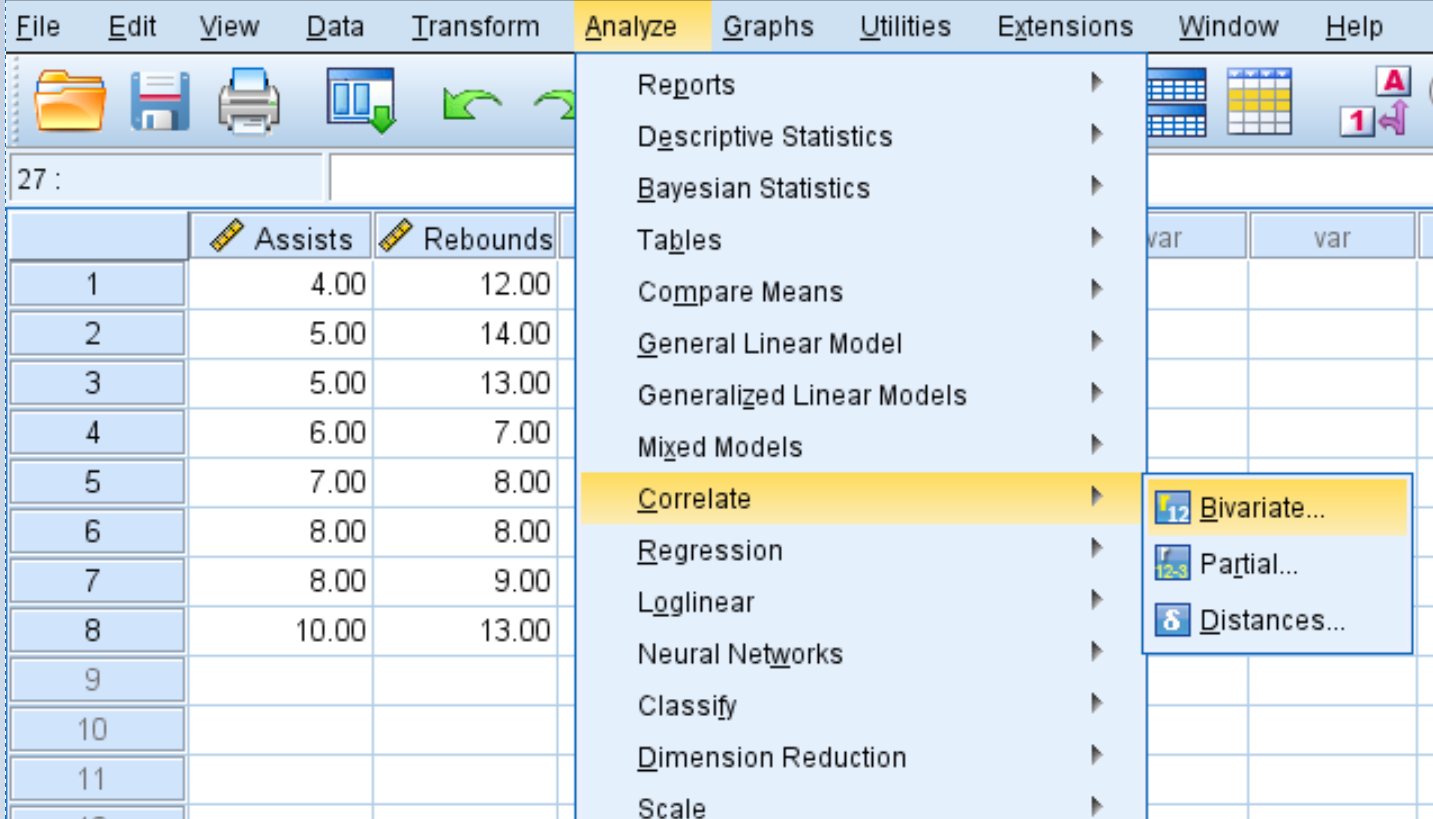 Each variable in the dataset will initially be shown in the box on the left: 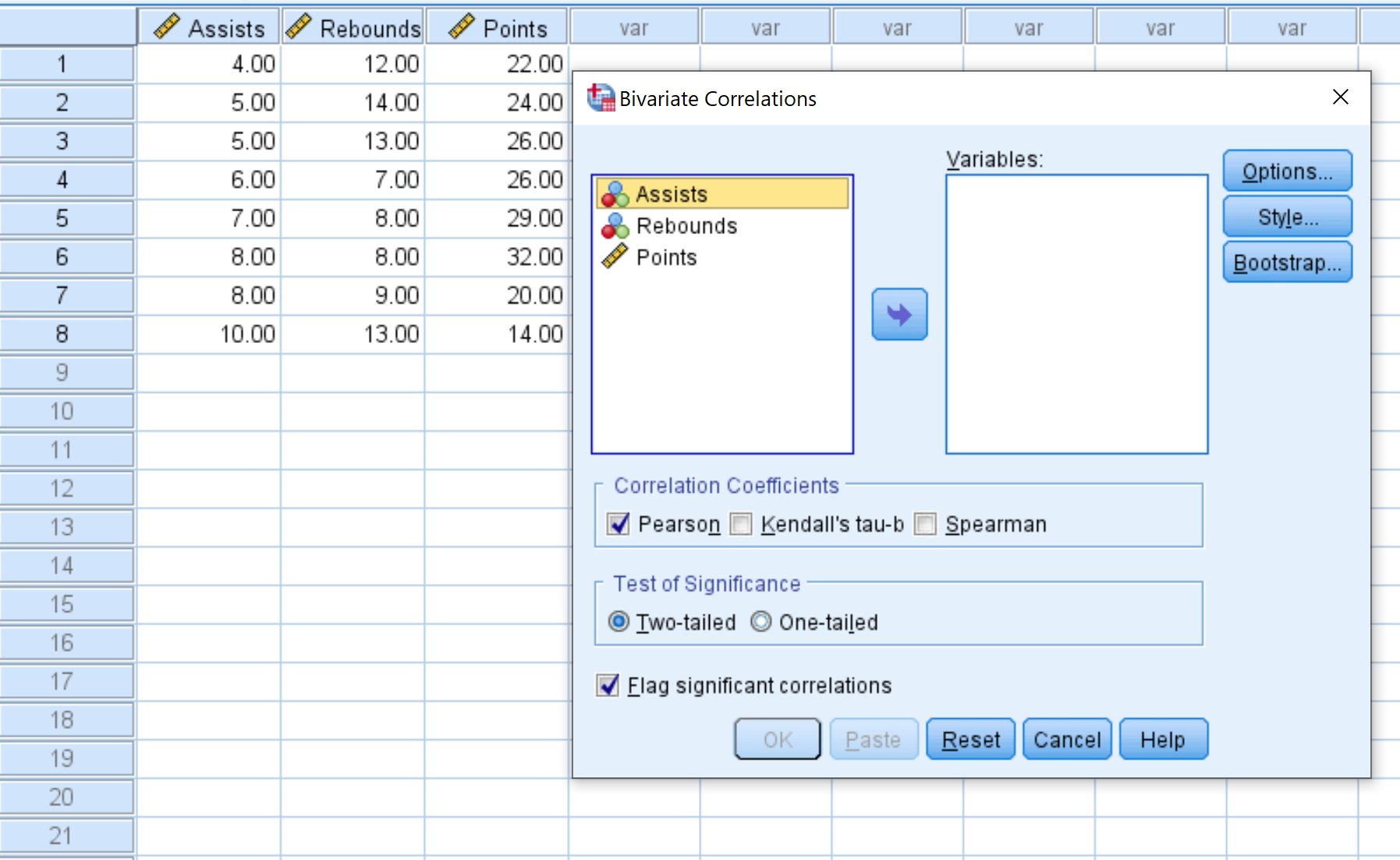 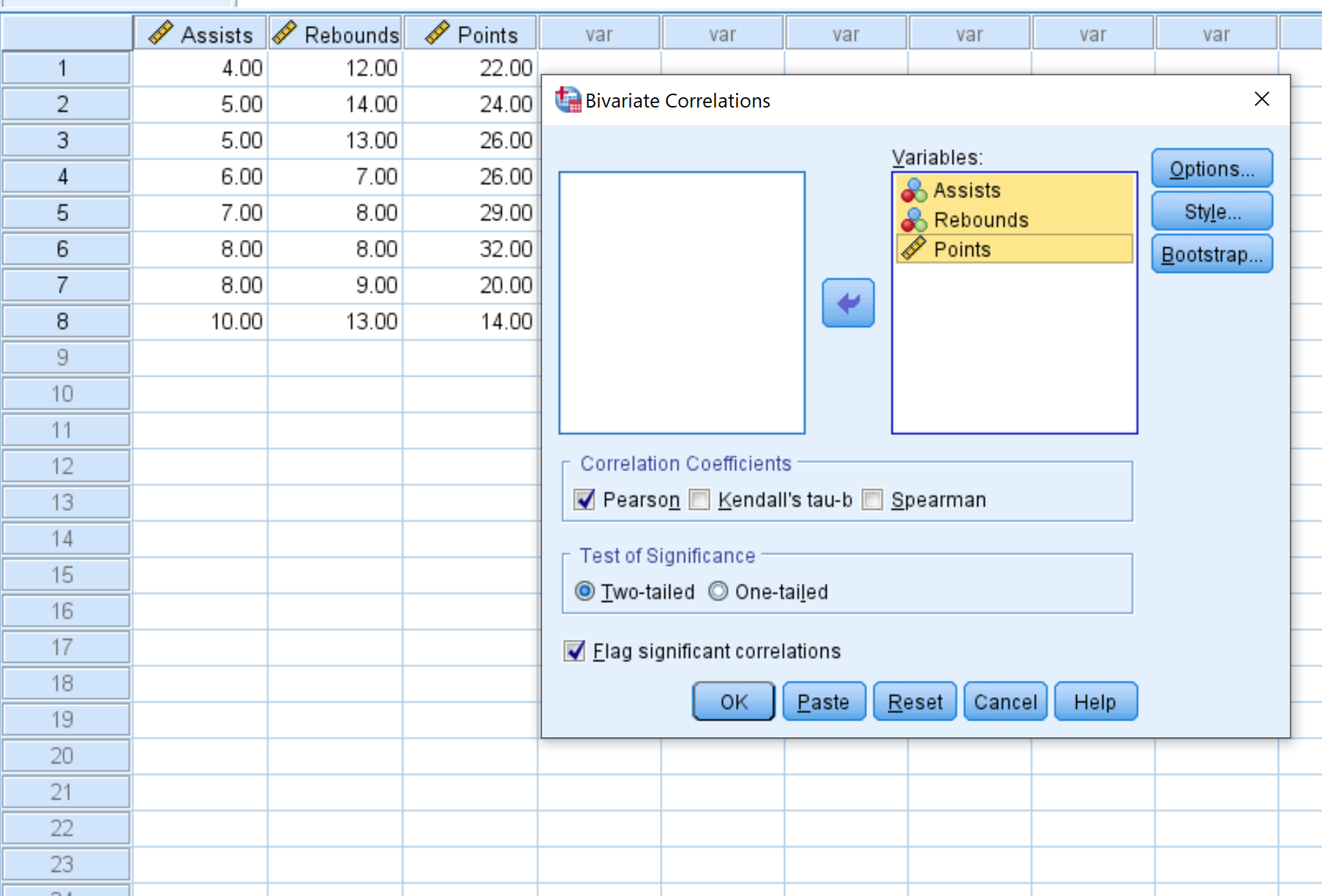 Once you click OK, the following correlation matrix will appear: 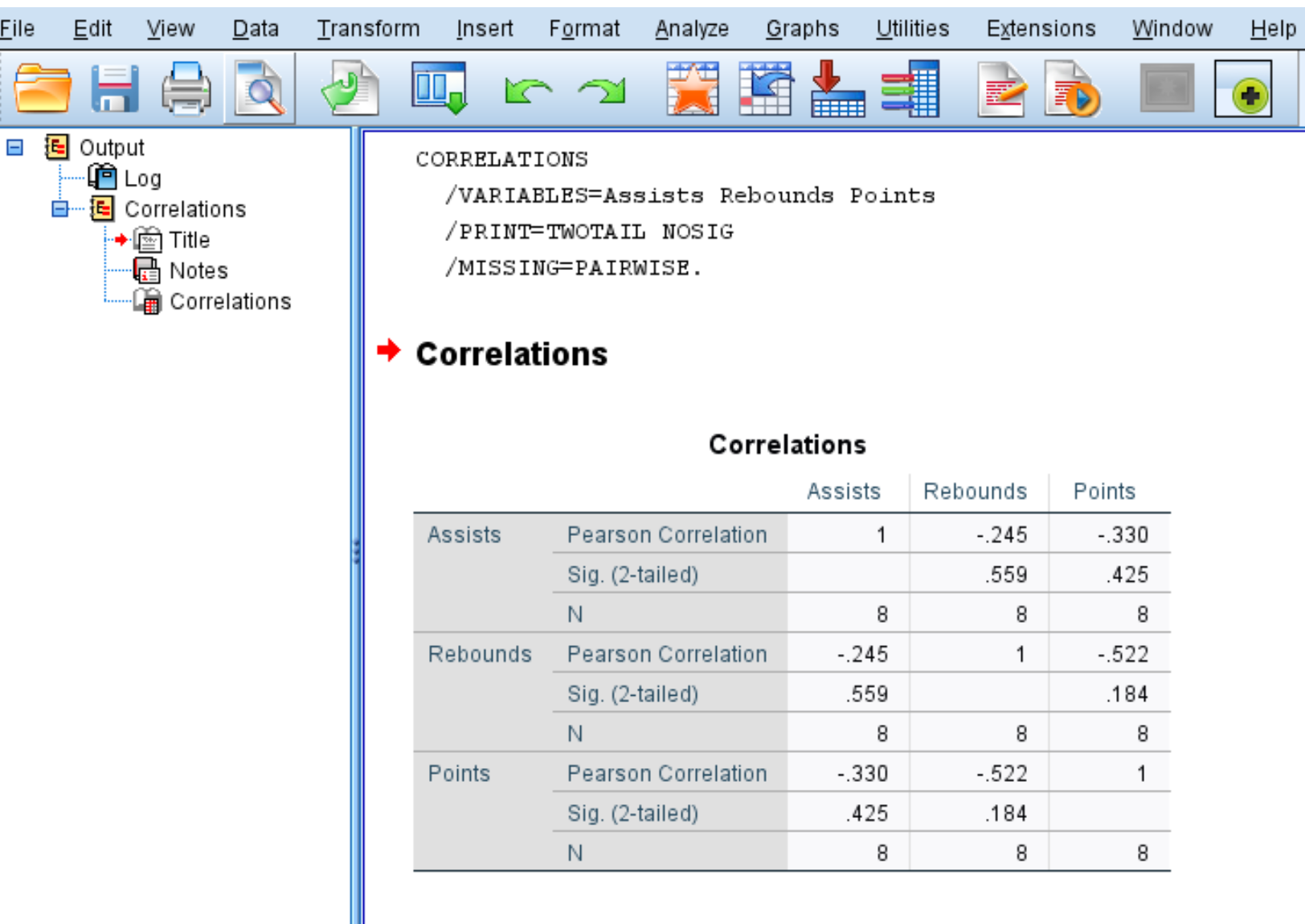 The correlation matrix displays the following three metrics for each variable:

For example, here’s how to interpret the output for the variable Assists:

You can also create a scatterplot matrix to visualize the linear relationship between each of the variables. 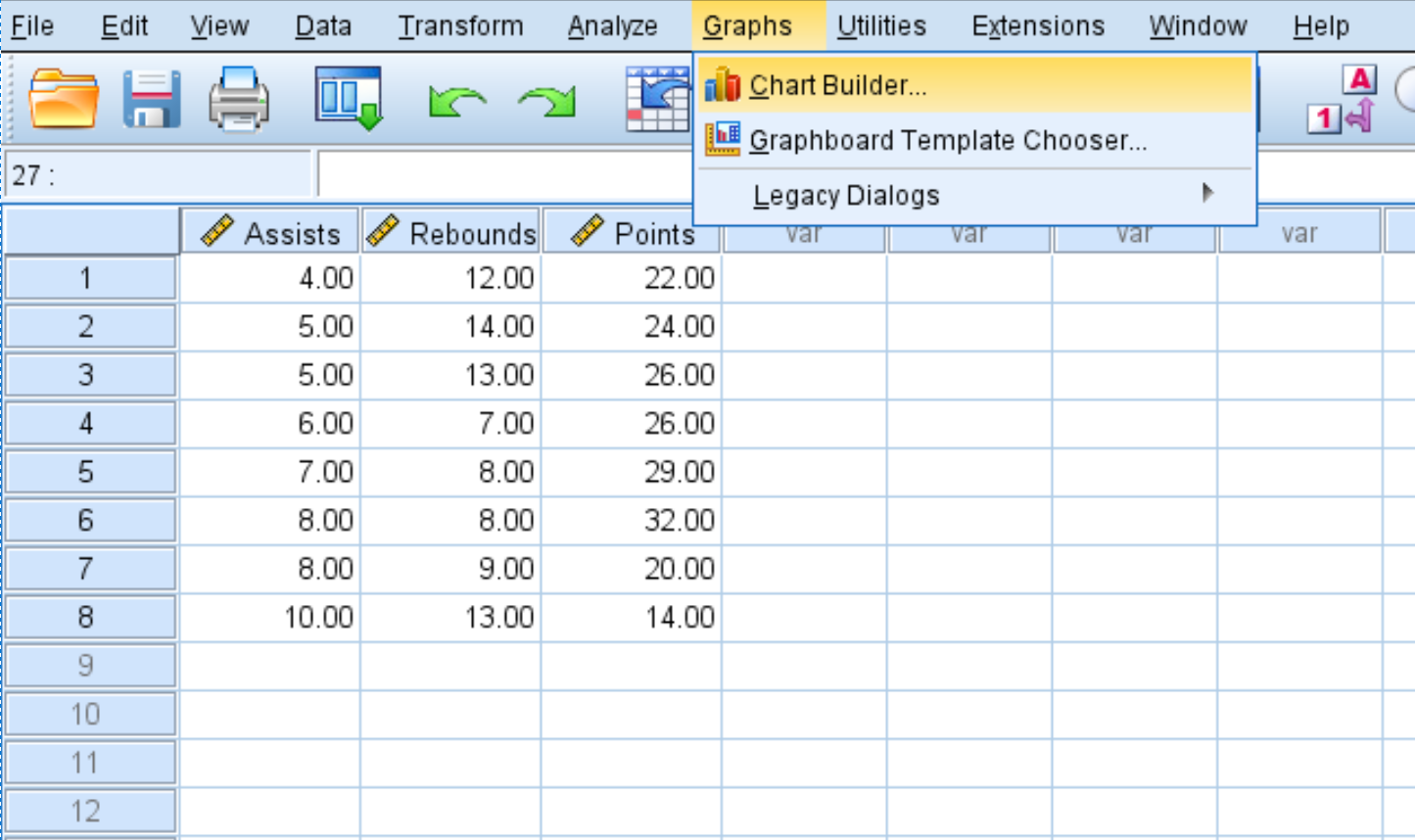 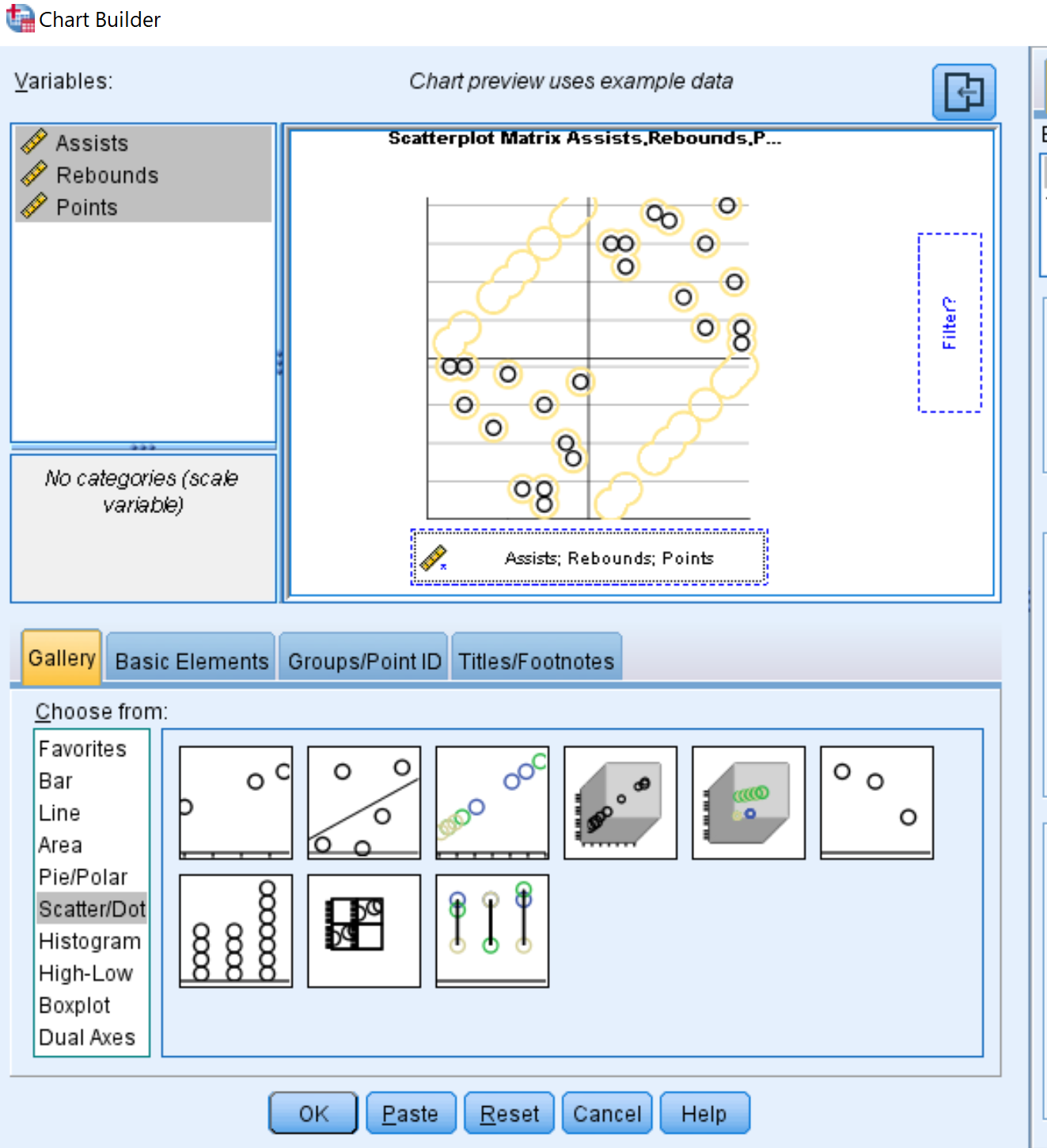 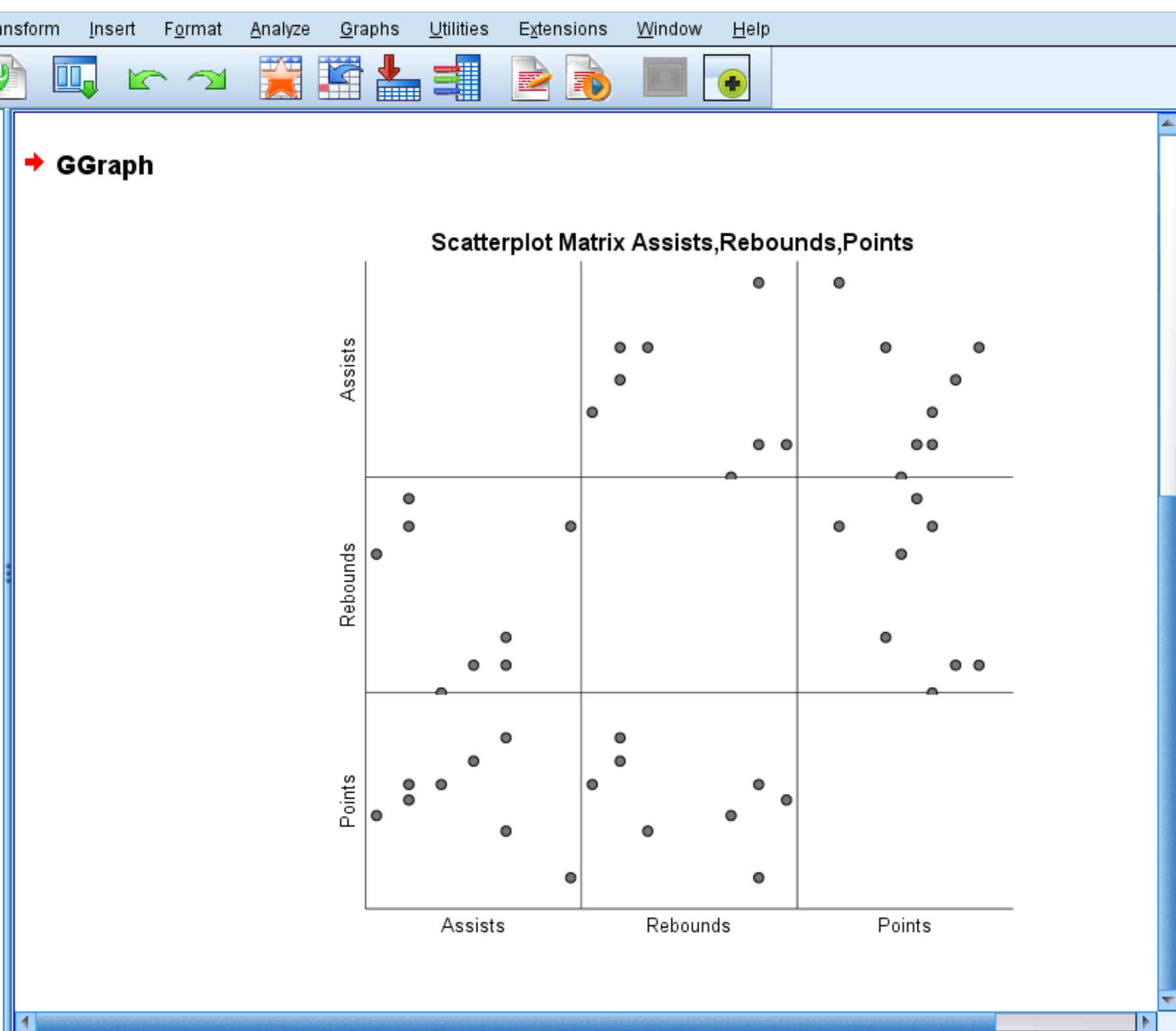 A scatterplot matrix is optional, but it does offer a nice way to visualize the relationship between each pairwise combination of variables in a dataset.