A z-score tells us how many standard deviations away a certain value is from the mean of a dataset.

A percentile tells us what percentage of observations fall below a certain value in a dataset.

How to Convert Z-Scores to Percentiles in Excel

We can use the following built-in Excel function to convert a z-score to a percentile:

For example, here is how to convert a z-score of 1.78 to a percentile: 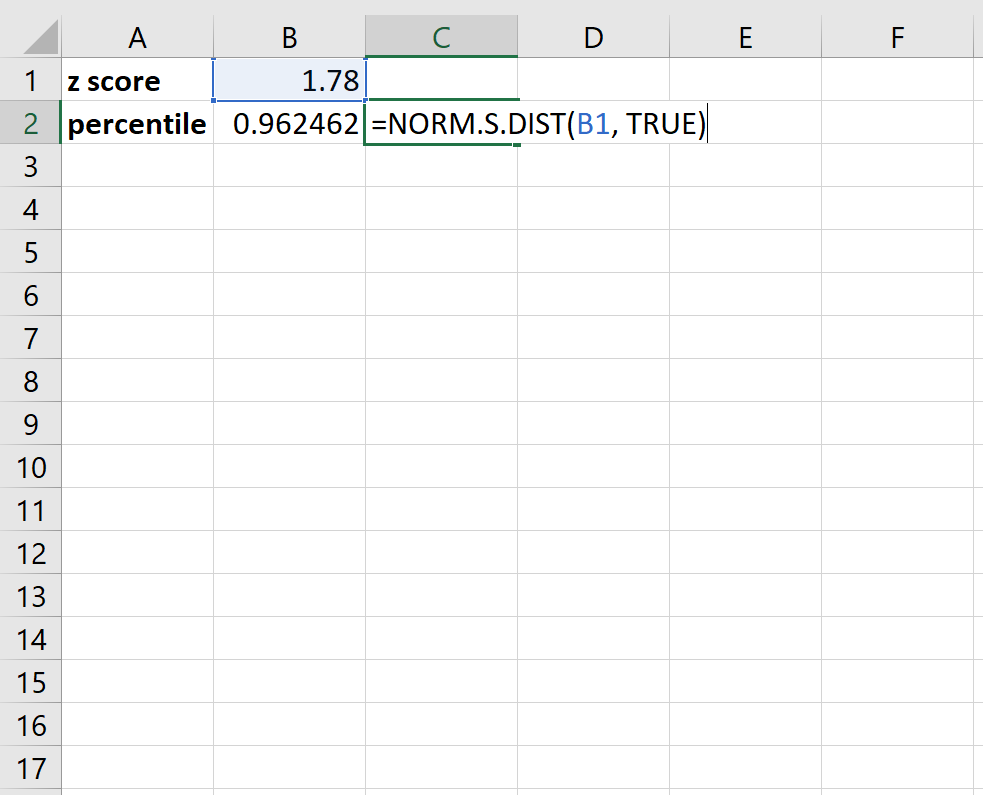 How to Convert Percentiles to Z-Scores in Excel

We can use the following built-in Excel function to convert a percentile to a z-score:

For example, here is how to convert a percentile of 0.85 to a z-score: 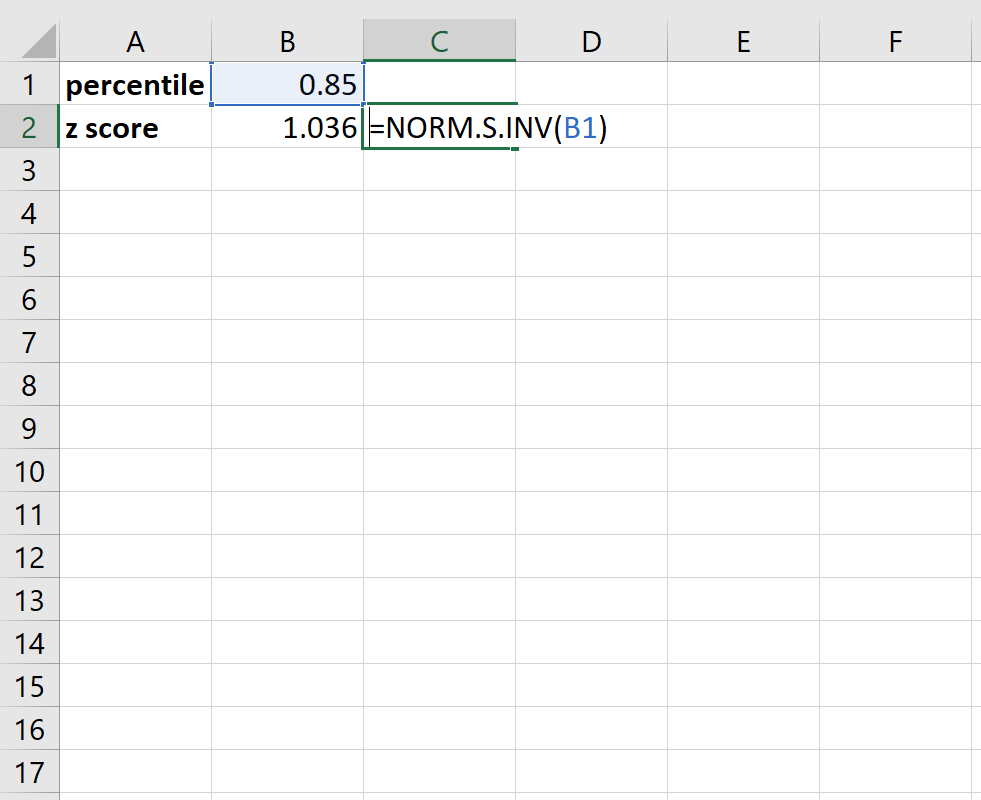 It turns out that a percentile of 0.85 corresponds to a z-score of roughly 1.036. In plain English, this means a data value located at the 85th percentile in a dataset has a z-score of 1.036.

The Relationship Between Percentiles and Z-Scores

Z-scores can take on any value between negative infinity and infinity. Percentiles, however, can only take on values between 0 and 100.

Depending on the type of question you’re trying to answer, it might be more helpful to know either the z-score or the percentile.

For example, suppose Jessica gets a 90% on a certain exam. This might seem like a high score, but what if the exam was really easy and her whole class did well on it? To determine how good her score is relative to all of the other scores in the class, we could calculate both the z-score and the percentile of her exam score.