Cohen’s Kappa is used to measure the level of agreement between two raters or judges who each classify items into mutually exclusive categories. 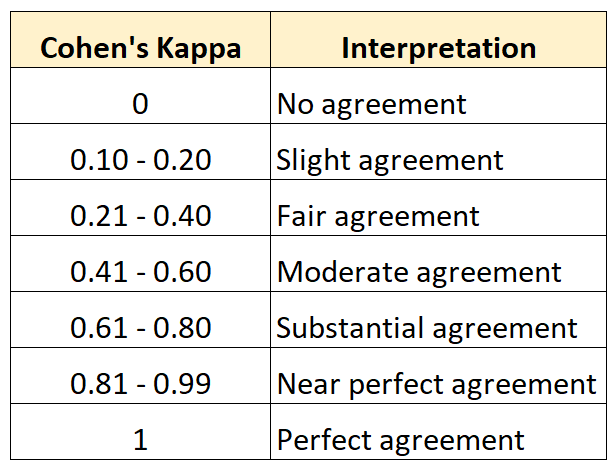 The following example shows how to calculate Cohen’s Kappa in Excel.

Suppose two art museum curators are asked to rate 70 paintings on whether they’re good enough to be shown in a new exhibit.

The following 2×2 table shows the results of the ratings: 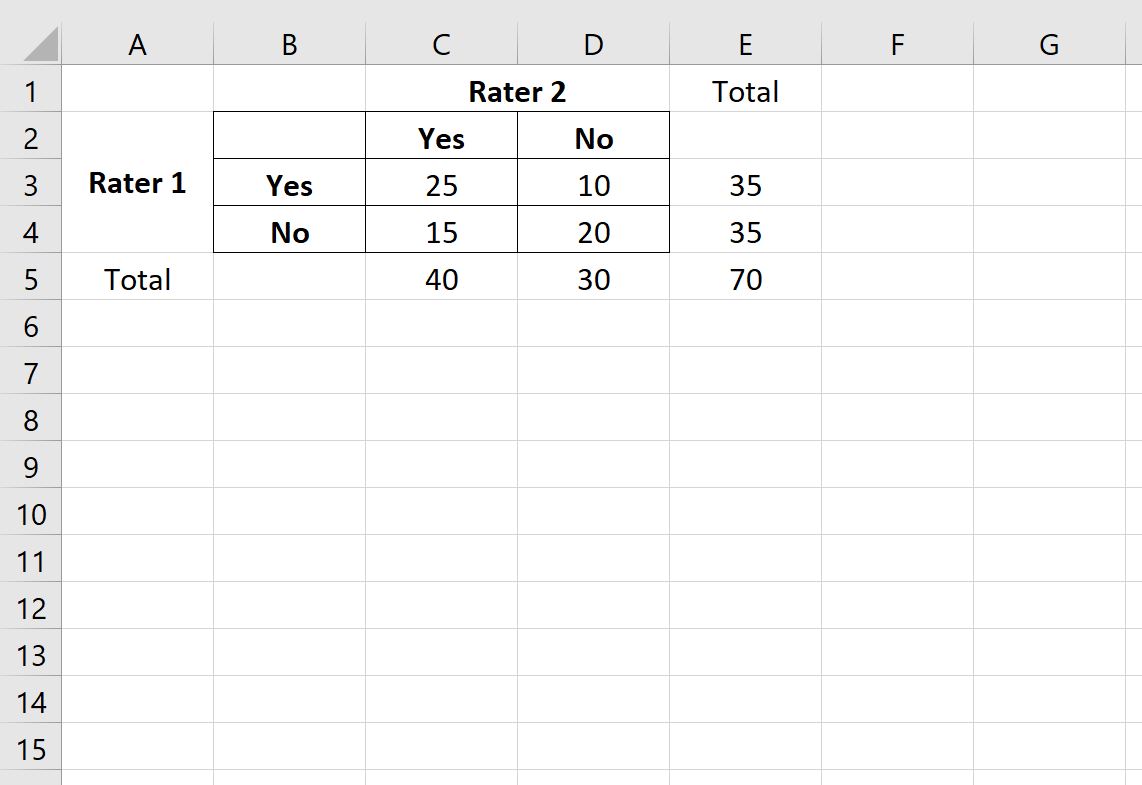 The following screenshot shows how to calculate Cohen’s Kappa for the two raters, including the formulas used:

The p0 value represents the relative agreement between the raters. This is the proportion of total ratings that the raters both said “Yes” or both said “No” on.

The pe value represents the probability that the raters could have agreed purely by chance.

The k value represents Cohen’s Kappa, which is calculated as: