In statistics, when we’re interested in determining whether or not there is a significant difference between two groups we often perform a hypothesis test, which results in a p-value.

If this p-value is less than some significance level (common choices are 0.10, 0.05, and 0.01), we conclude that there is a statistically significant difference between the two groups.

However, while a p-value can tell us whether or not there is a statistically significant difference between two groups, an effect size can tell us how large this difference actually is.

One of the most common measurements of effect size is Cohen’s d, which is calculated as:

This tutorial explains how to calculate Cohen’s d in Excel.

Perform the following steps to calculate Cohen’s d in Excel.

First, we will enter the values for the mean, standard deviation, and sample size (n) for two groups. 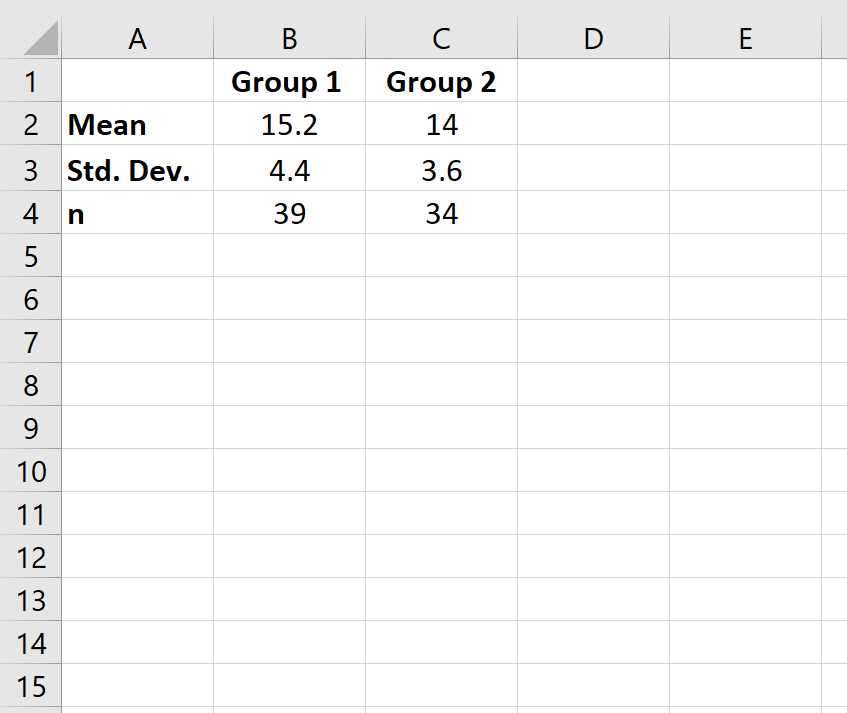 Step 2: Calculate the difference in means.

Next, we will calculate the difference between the group means. 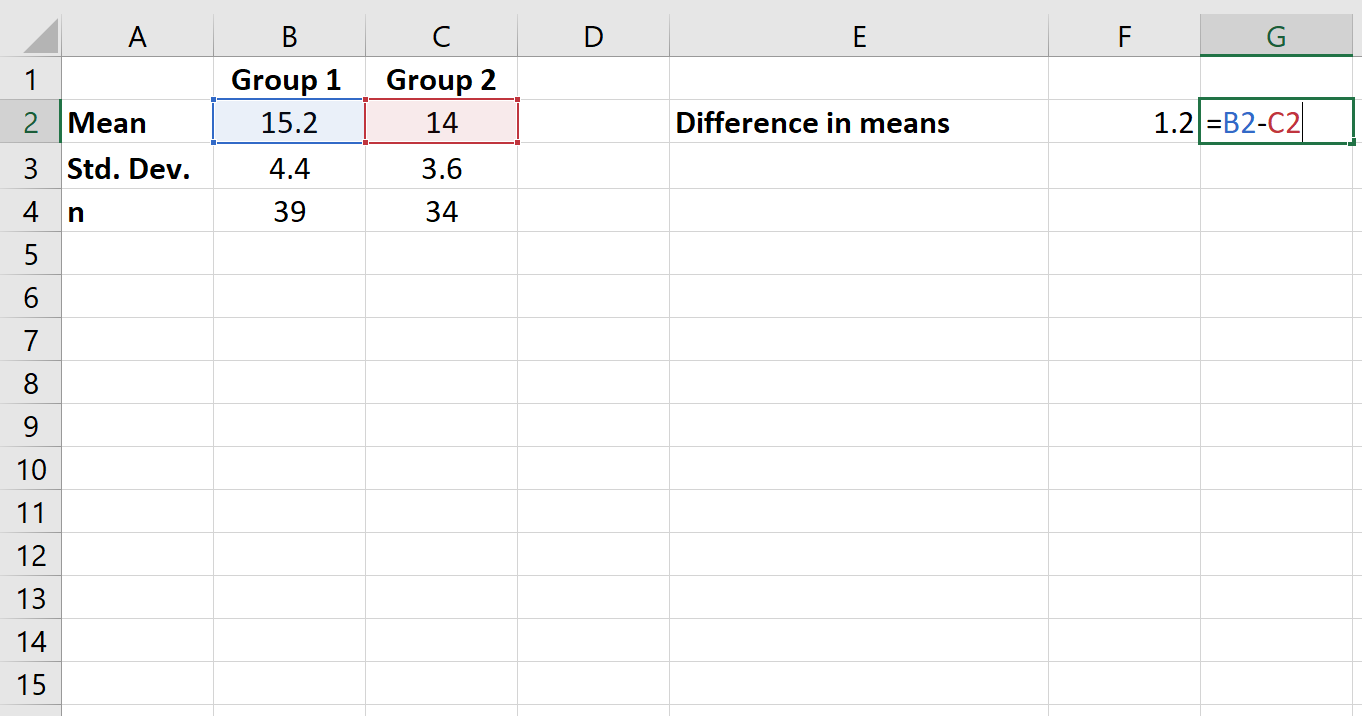 Next, we will calculate the pooled standard deviation.

Lastly, we will calculate Cohen’s d. 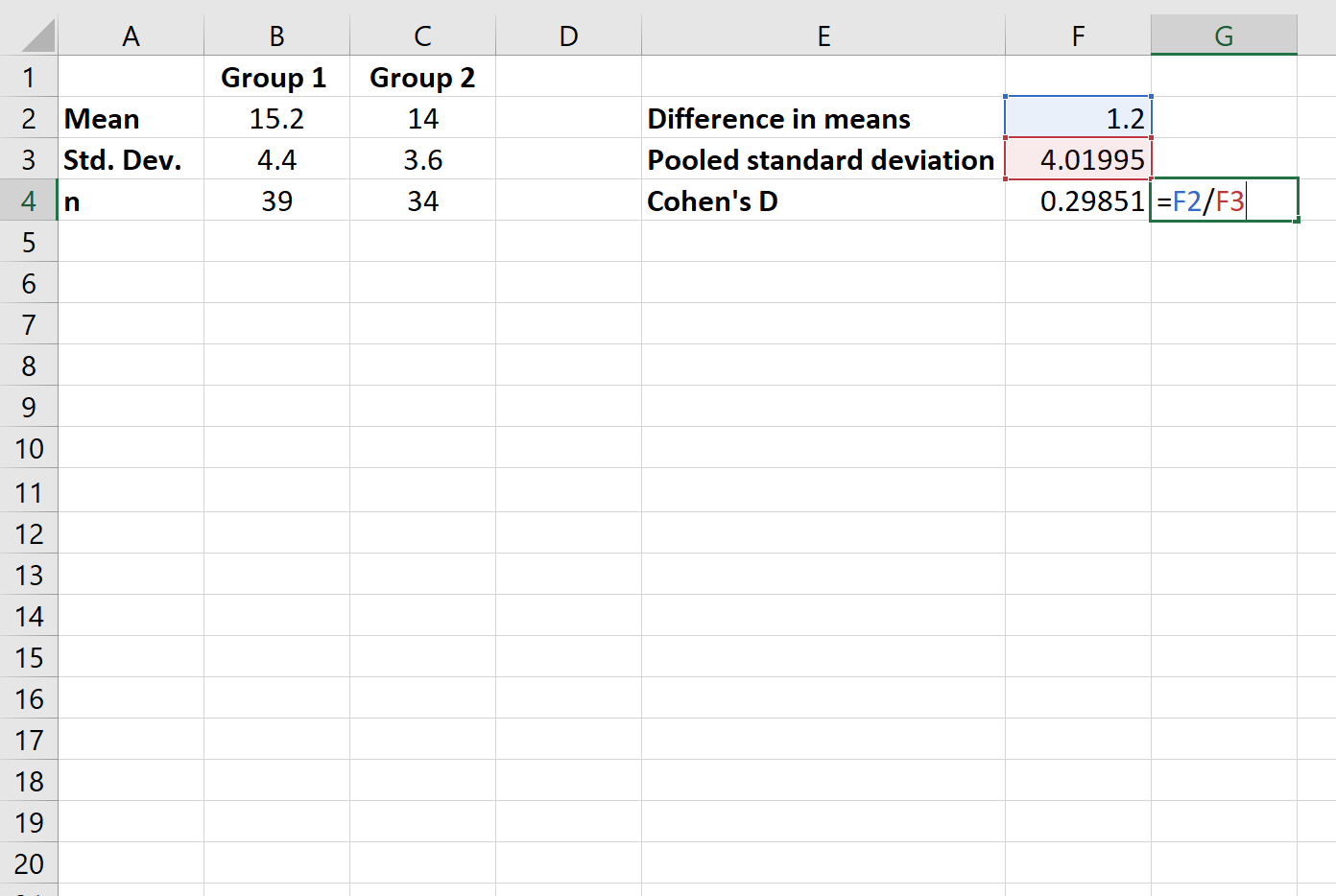 How to Interpret Cohen’s d

As a rule of thumb, here is how to interpret Cohen’s d:

In our example, an effect size of 0.29851 would likely be considered a small effect size.