When the relationship between a set of predictor variables and a response variable is linear, methods like multiple linear regression can produce accurate predictive models.

However, when the relationship between a set of predictors and a response is highly non-linear and complex then non-linear methods can perform better.

One such example of a non-linear method is classification and regression trees, often abbreviated CART.

As the name implies, CART models use a set of predictor variables to build decision trees that predict the value of a response variable.

For example, suppose we have a dataset that contains the predictor variables Years played and average home runs along with the response variable Yearly Salary for hundreds of professional baseball players. 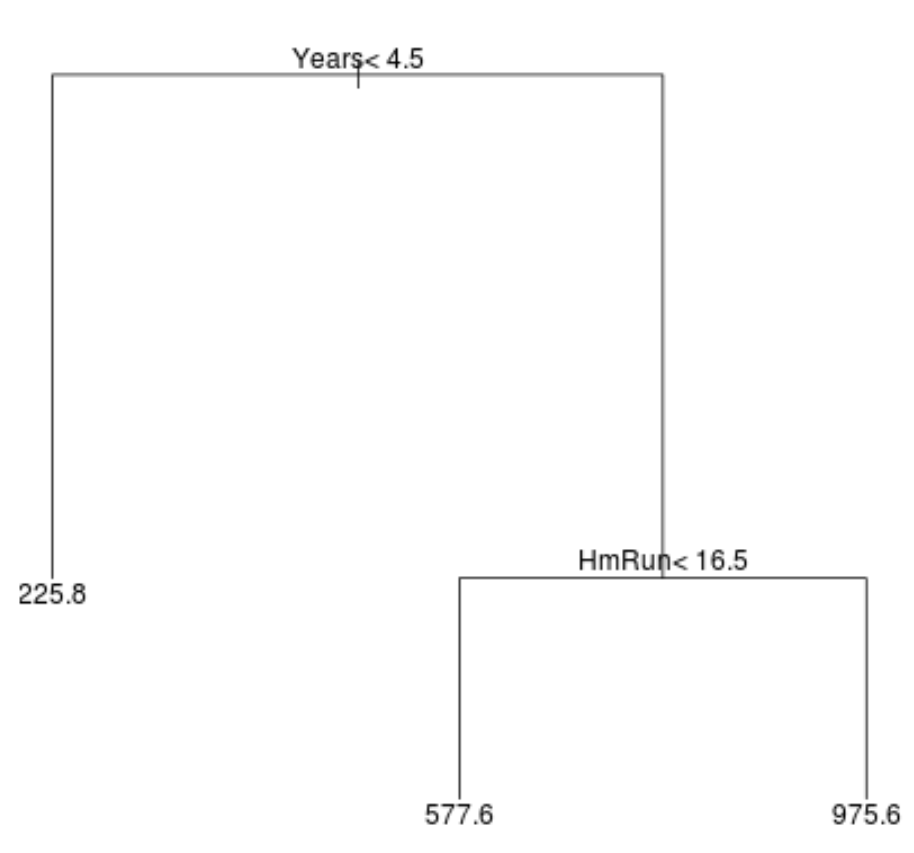 The way to interpret the tree is as follows:

The results of this model should intuitively make sense: Players with more years of experience and more average home runs tend to earn higher salaries.

We can then use this model to predict the salary of a new player.

For example, suppose a given player has played 8 years and averages 10 home runs per year. According to our model, we would predict that this player has an annual salary of $577.6k. 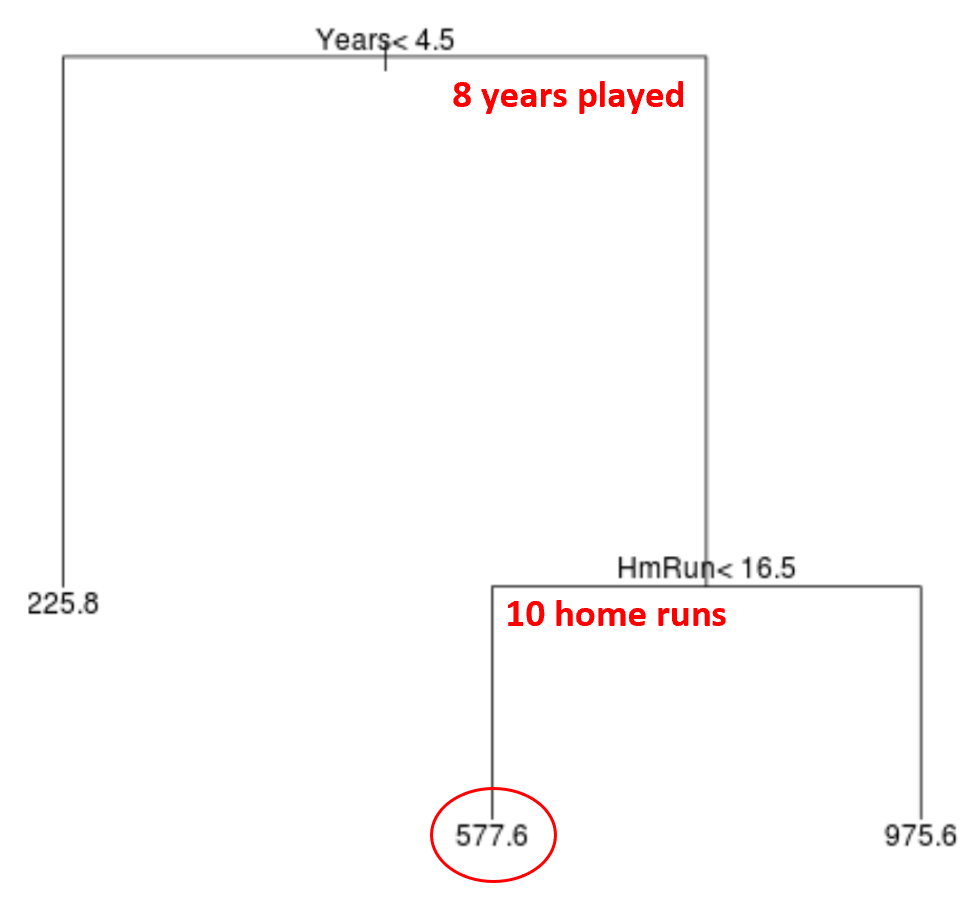 A couple notes about the tree:

We can use the following steps to build a CART model for a given dataset:

Step 1: Use recursive binary splitting to grow a large tree on the training data.

First, we use a greedy algorithm known as recursive binary splitting to grow a regression tree using the following method:

This algorithm is greedy because at each step of the tree-building process it determines the best split to make based only on that step, rather than looking ahead and picking a split that will lead to a better overall tree in some future step.

Step 2: Apply cost complexity pruning to the large tree to obtain a sequence of best trees, as a function of α.

Once we’ve grown the large tree, we then need to prune the tree using a method known as cost complexity pruning, which works as follows:

This process results in a sequence of best trees for each value of α.

Once we’ve found the best tree for each value of α, we can apply k-fold cross-validation to choose the value of α that minimizes the test error.

Lastly, we choose the final model to be the one that corresponds to the chosen value of α.

However, CART models come with the following con:

Related: How to Fit Classification and Regression Trees in R