This tutorial explains how to perform a Chi-Square Test of Independence in Stata.

For this example we will use a dataset called auto, which contains information about 74 different automobiles from 1978.

Use the following steps to perform a Chi-Square Test of Independence to determine if there is a significant association between the following two variables:

First, we will load the data by typing in the following command:

We can view the raw data by typing in the following command: 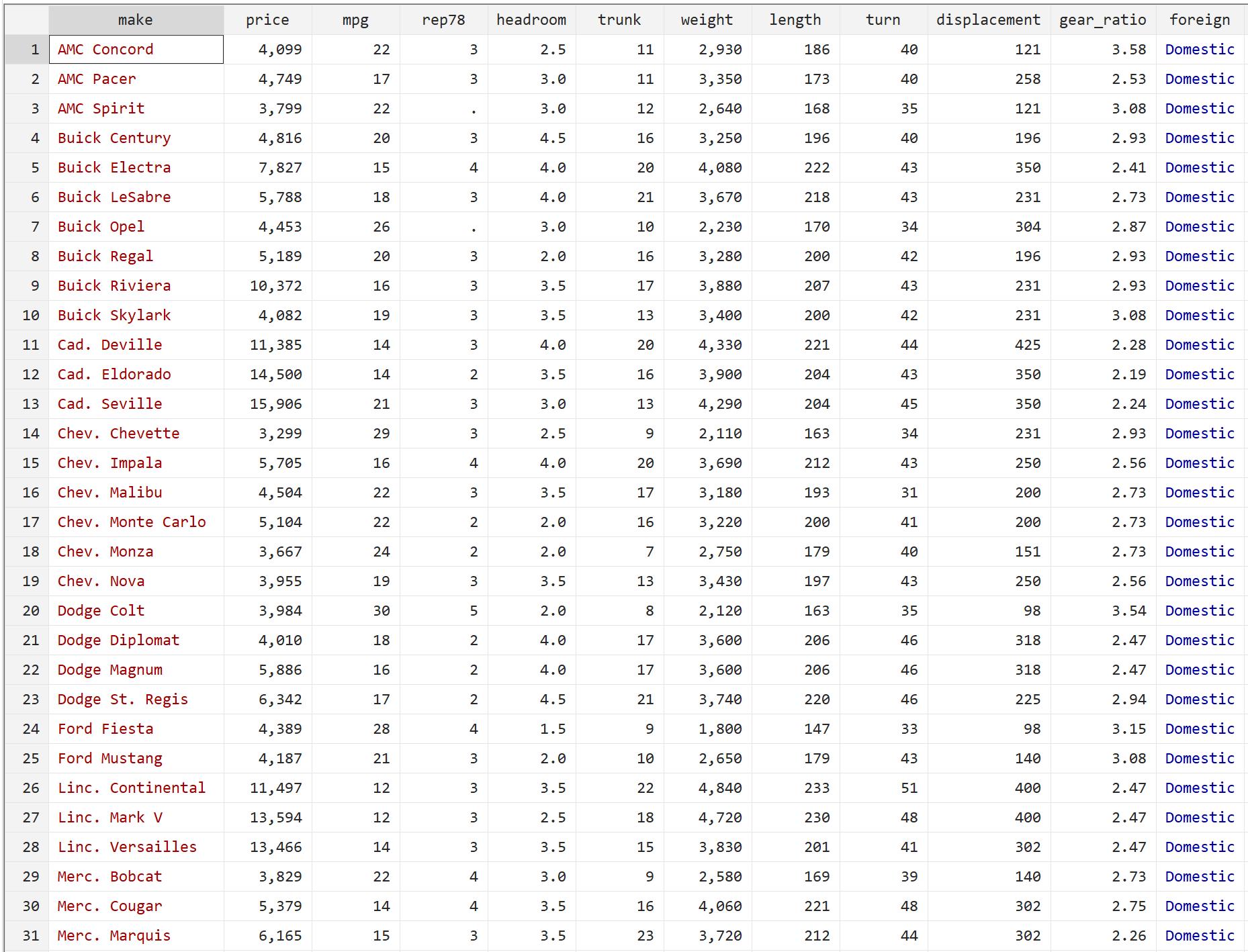 Each line displays information for an individual car including price, mpg, weight, length, and a variety of other variables. The only two variables that we care about are rep78 and foreign.

We will use the following syntax to perform the test:

Here is the exact syntax we’ll use in our case: 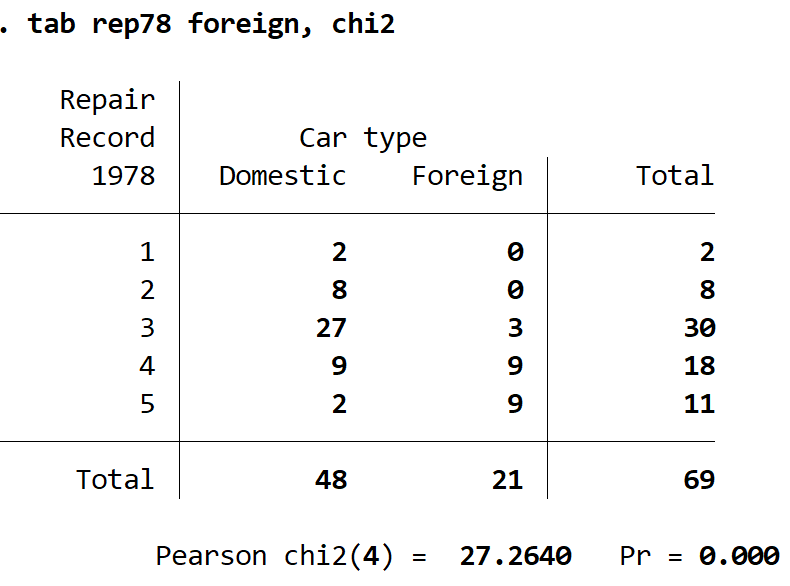 Summary table: This table shows the total counts for each combination of rep78 and foreign. For example

Pr: This is the p-value associated with the Chi-Square test statistic. It turns out to be 0.000. Since this is less than 0.05, we fail to reject the null hypothesis that the two variables are independent. We have sufficient evidence to conclude that there is a statistically significant association between whether or not a car was foreign and the total number of repairs it received.