This tutorial explains how to perform a Chi-Square Test of Independence in SPSS.

Use the following steps to perform a Chi-Square Test of Independence in SPSS to determine if gender is associated with political party preference.

First, enter the data in the following format: 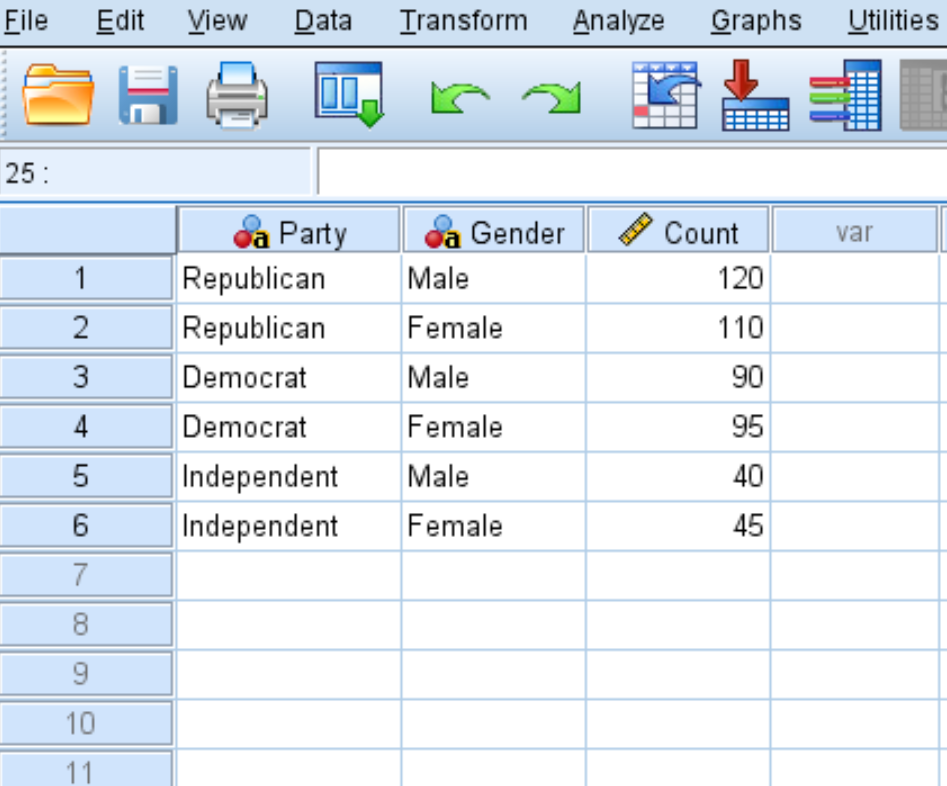 In order for the test to work correctly, we need to tell SPSS that the variables Party and Gender should be weighted by the variable Count. 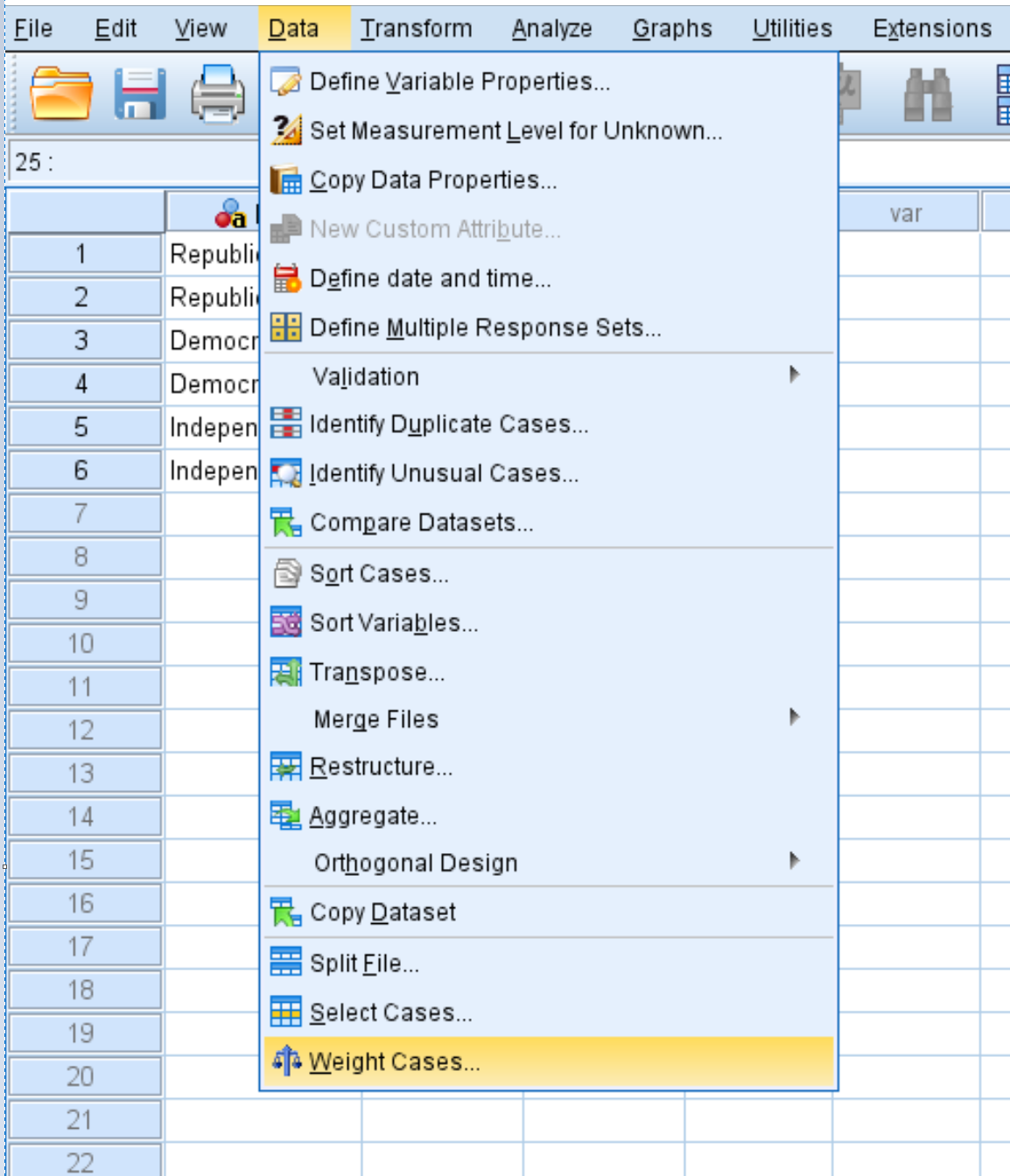 In the new window that pops up, drag the variable Count into the box labelled Test Variable List. Then click OK. 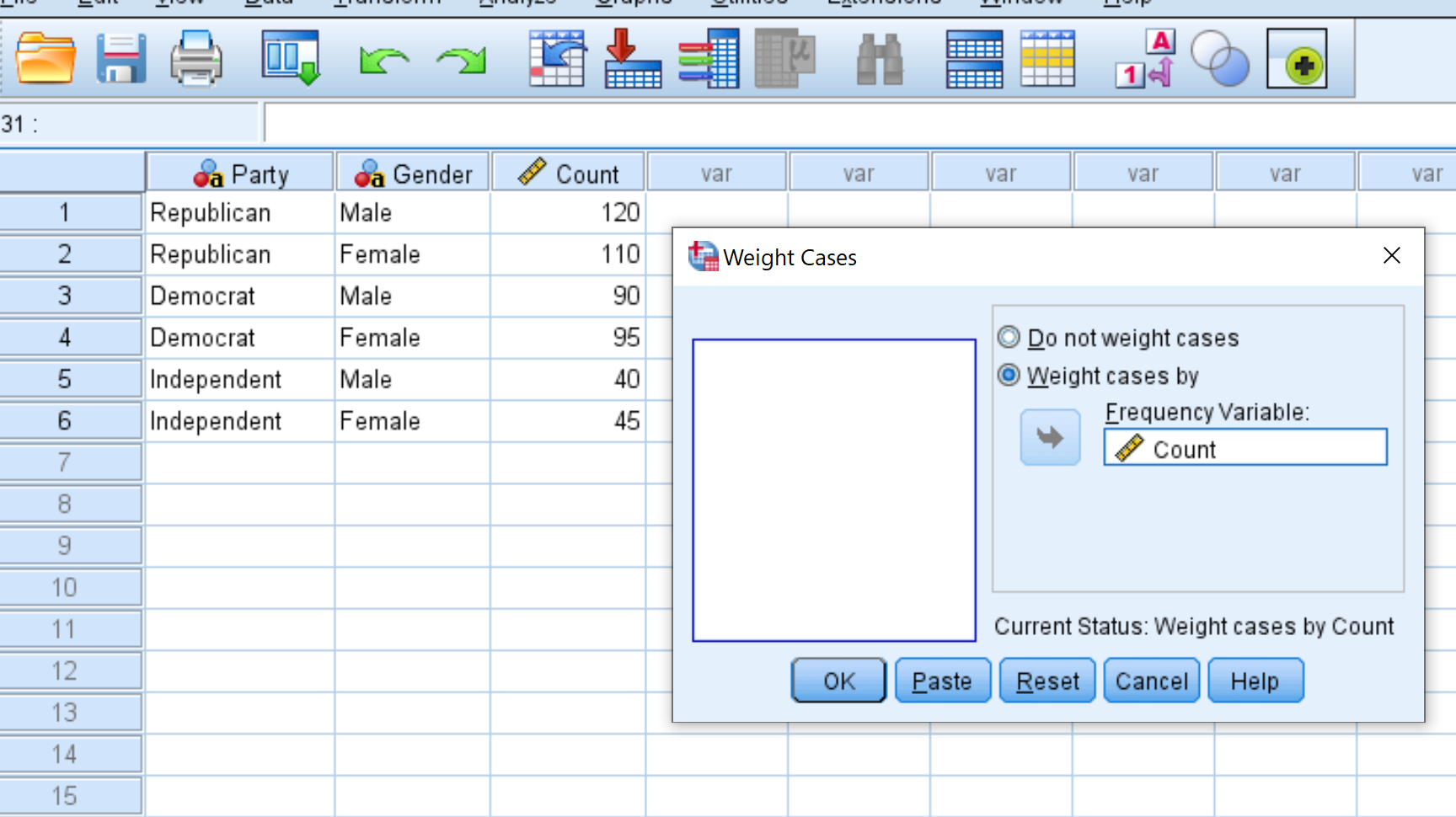 Click the Analyze tab, then Descriptive Statistics, then Crosstabs: 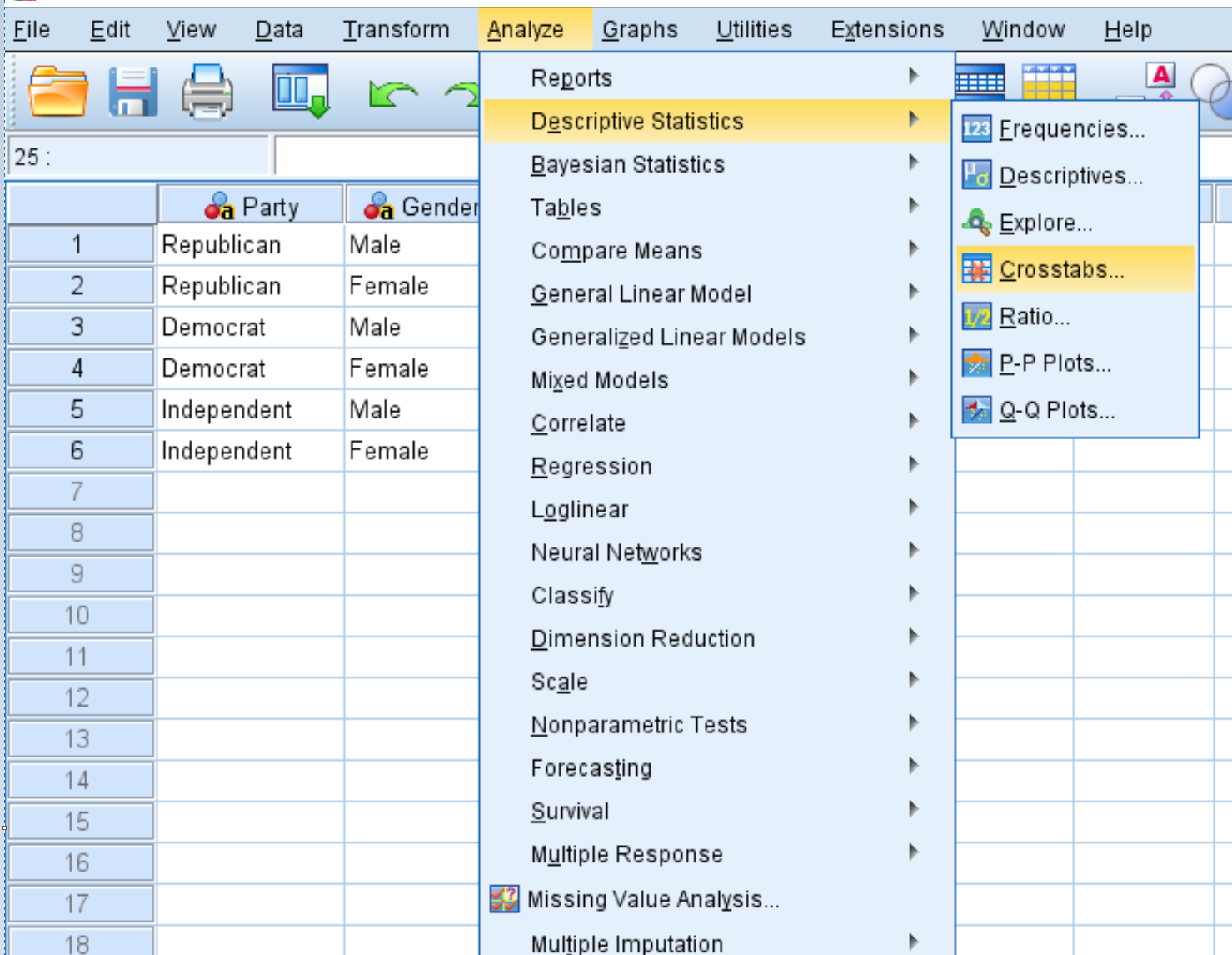 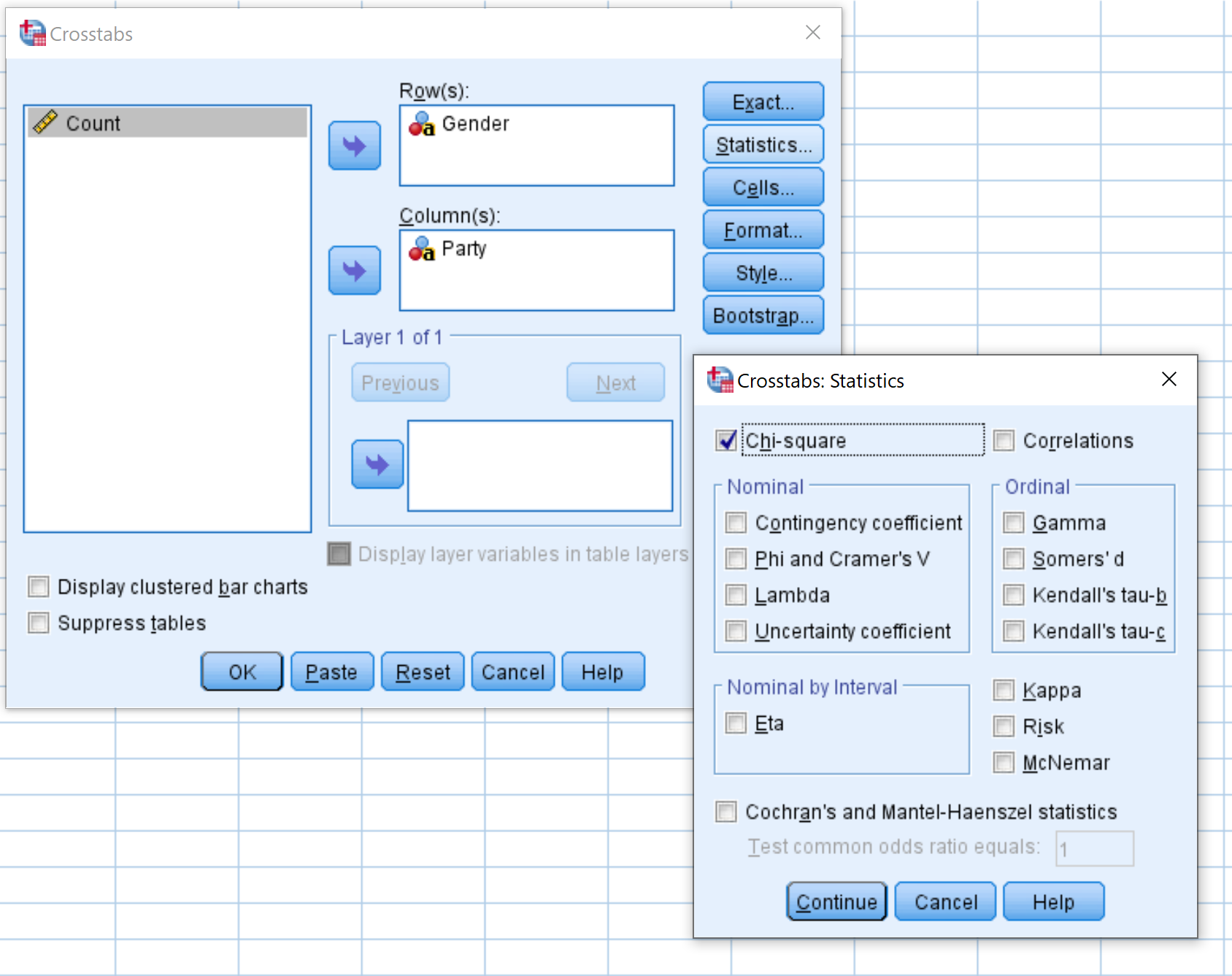 Once you click OK, the results of the Chi-Square Test of Independence will appear: 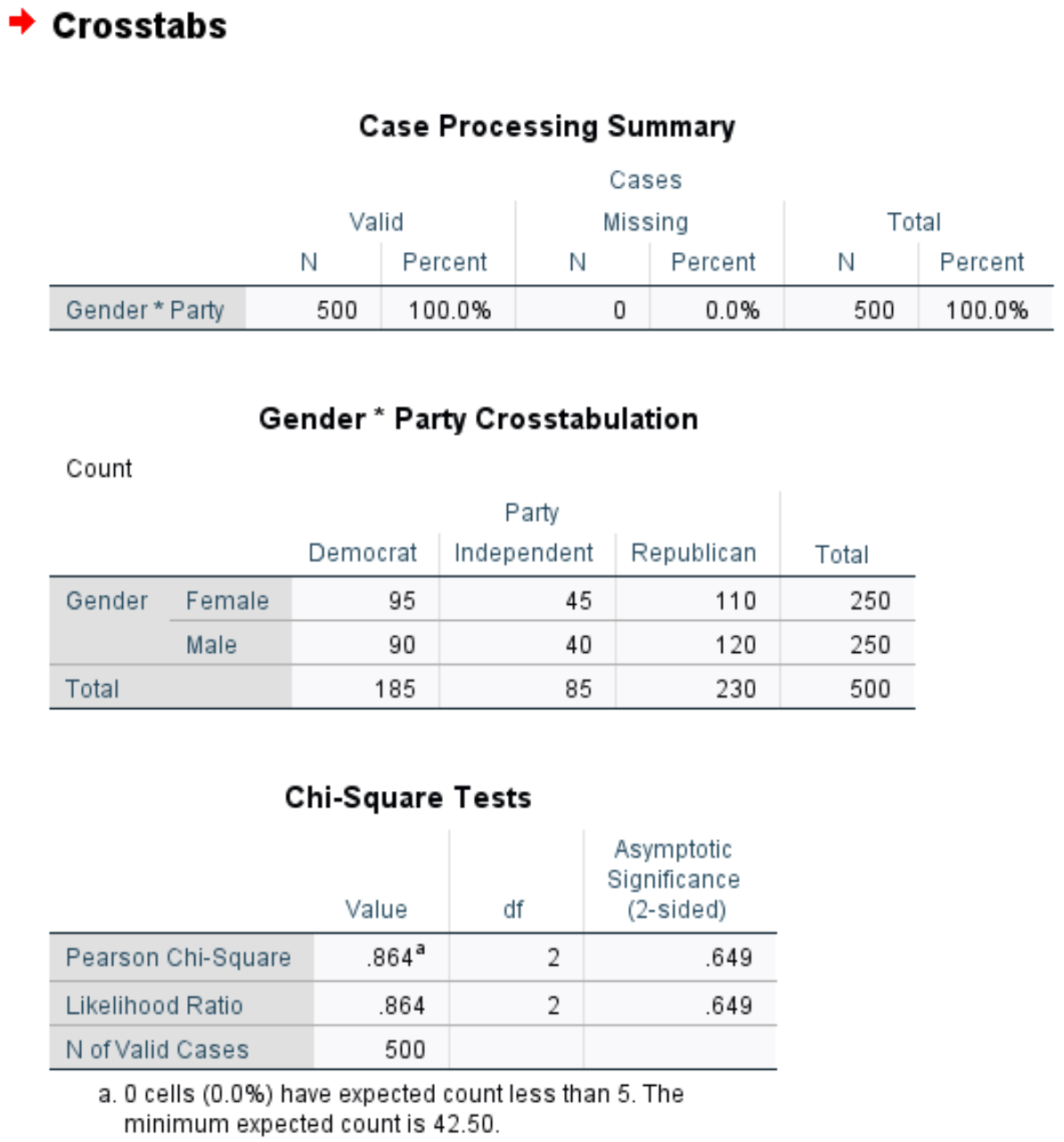 The second table displays a crosstab of the total number of individuals by gender and political party preference.

The third table shows the results of the Chi-Square Test of Independence. The test statistic is .864 and the corresponding two-sided p-value is .649.

This means we do not have sufficient evidence to say that there is an association between gender and political party preference.