This tutorial explains how to perform a Chi-Square Test of Independence on a TI-84 Calculator.

Example: Chi-Square Test of Independence on a TI-84 Calculator

Use the following steps to perform a Chi-Square test of independence to determine if gender is associated with political party preference.

First, we will input the data into a matrix. Press 2nd  and then press  x-1 . Scroll over to Edit, highlight any matrix that is blank and press Enter. Then, choose the number of rows (2 in our case) and columns (3 in our case) to use in the matrix and enter the raw data:

Next, we will perform a Chi-Square test of independence on the matrix we just created. Press stat and scroll over to TESTS. Then scroll down to X2-Test and Press Enter. 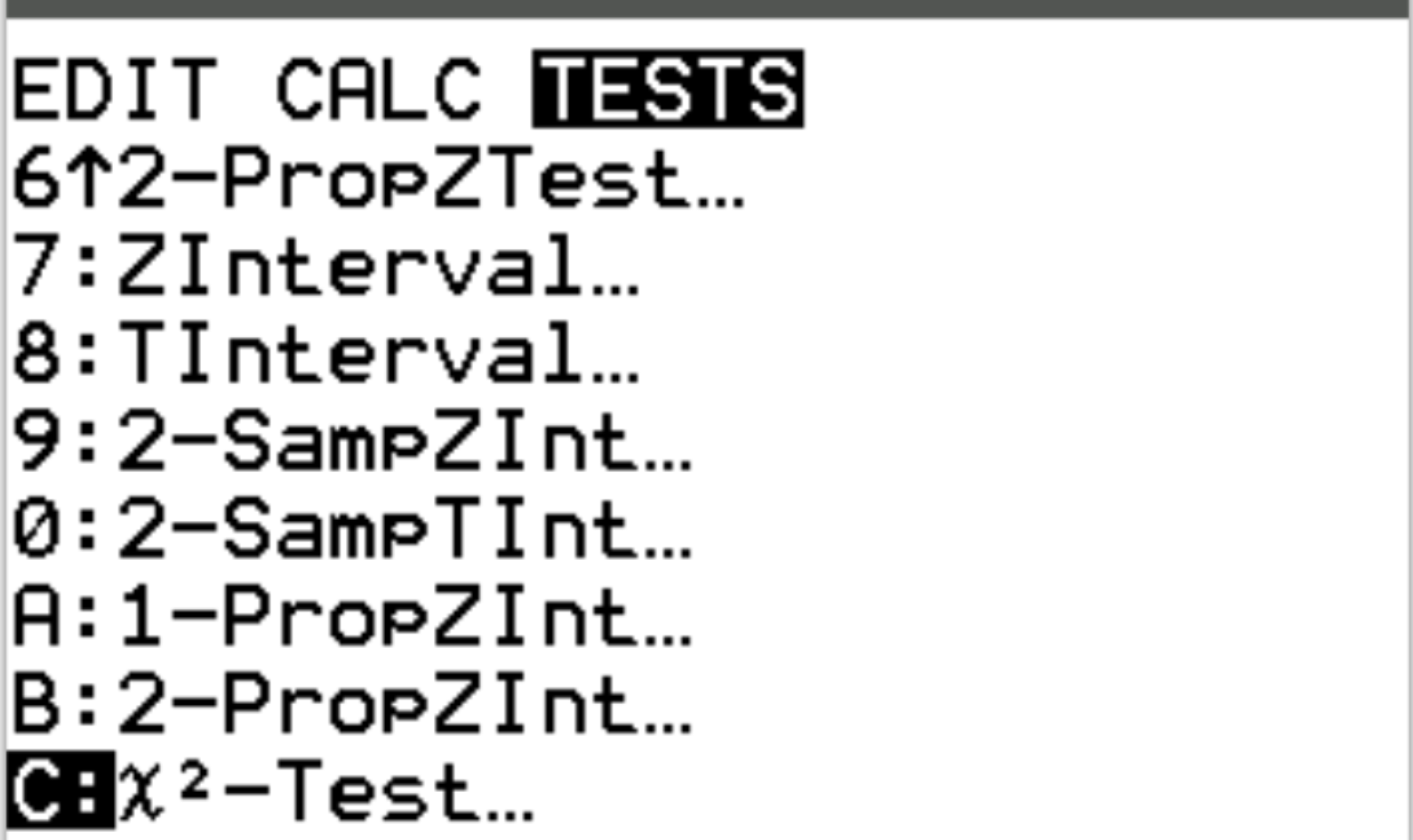 For Observed, choose the matrix you entered the data in. In our case, we used matrix A. For Expected, this can be any empty matrix (the calculator will automatically produce the expected values for us). In our case, we’ll leave this as matrix B.

Then, highlight Calculate and press Enter.

The following output will automatically display:

The X2 test statistic is 0.8640 and the corresponding p-value is 0.6492. Since this p-value is not less than .05, we fail to reject the null hypothesis. This means we do not have sufficient evidence to state that there is an association between gender and political party preference.