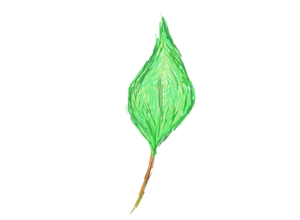 This lesson explains how to conduct a chi-square test for independence.

When to Use a Chi-Square Test for Independence

We use a chi-square test for independence when we want to formally test whether or not there is a significant association between two categorical variables from a single population.

Before we can conduct a chi-square test for independence, we first need to make sure the following conditions are met to ensure that our test will be valid:

If these conditions are met, we can then conduct the test. The following example show how to conduct a chi-square test for independence.

Does gender seem to be associated with political party preference? Use a 0.05 level of significance.

The alternative hypothesis: (Ha): Gender and political party preference is not independent.

The problem tells us that we are to use a .05 level of significance.

Notice that we surveyed an equal amount of males and females. This means that if there is no association between gender and political party preference, we can expect that each party is split 50/50 between males and females.

Since the p-value (.649) is not less than our significance level of .05, we fail to reject the null hypothesis.

Since we failed to reject the null hypothesis, we do not have sufficient evidence to state that there is an association between gender and political party preference.