A carryover effect is an effect that “carries over” from one experimental treatment to another.

This type of effect occurs most often in within-subjects research designs in which the same participants are exposed to each treatment condition.

For example, suppose we recruit subjects to participate in an experiment in which they use three different techniques to memorize the order of cards in a deck.

Since each participant uses each technique, there’s a good chance that they will improve their ability to memorize the cards simply due to practice rather than the actual technique they’re using.

This is an example of a carryover effect – the increased ability of the participant to memorize cards “carries over” to each subsequent technique.

This type of effect is problematic because it makes it difficult to know whether or not the differences in performance between the experimental treatments is due to a carryover effect or the actual treatments.

There are two main types of carryover effects:

A practice effect refers to a carryover effect in which the participant simply gets better at some task due to practice.

This means they’re likely to show better results during later experimental treatments because they’ve had time to practice and improve.

A fatigue effect refers to a carryover effect in which the participant gets worse at some task because they get fatigued from performing previous experimental treatments.

For example, it’s possible that participants actually get worse at memorizing cards as they use more and more techniques because they simply get tired or mentally drained. 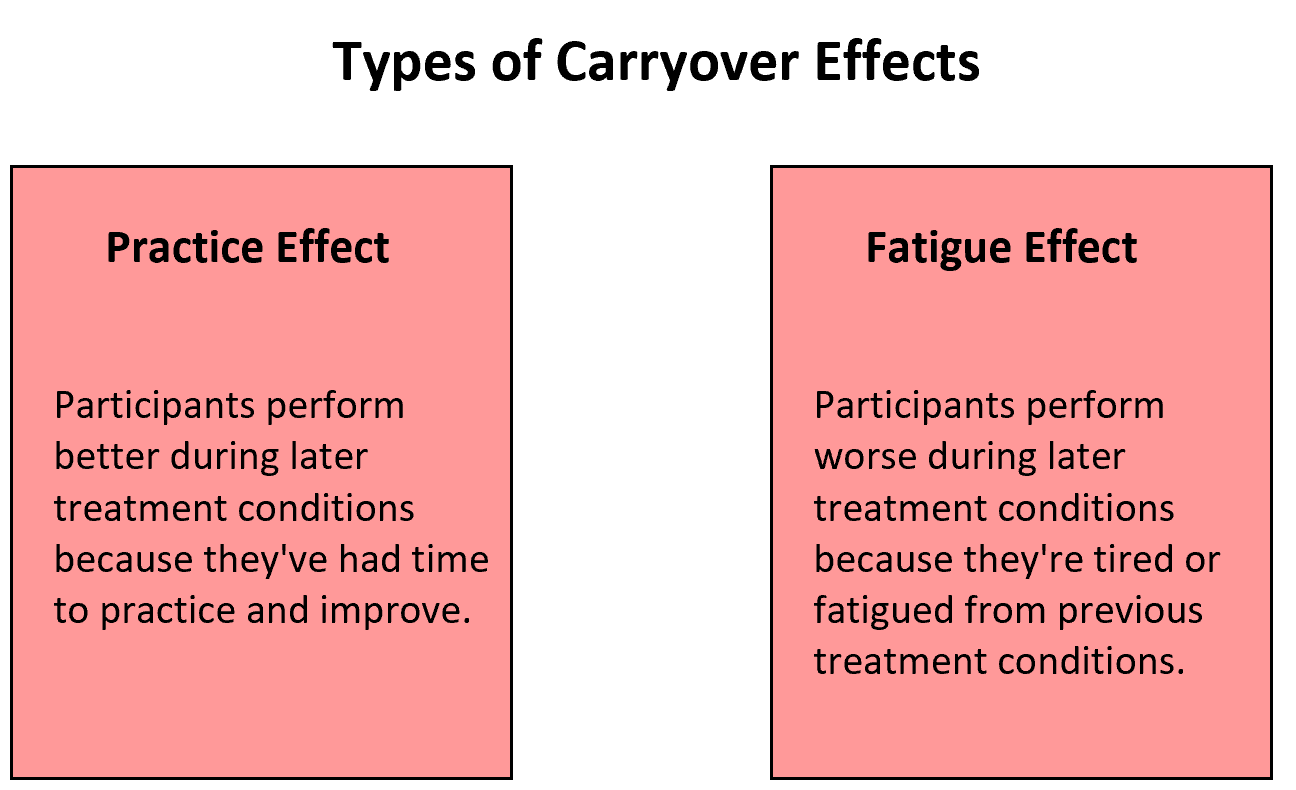 How to Minimize Carryover Effects

There are several ways to minimize carryover effects in an experiment, including:

1. Give participants time to warm up.

One way to prevent practice effects is to give participants time to warm up with the task to prevent them from getting better at the task during the actual experiment.

One way to prevent fatigue effects is to make a task shorter or less intense to perform. This makes it less likely that the participants will get fatigued and tired as they perform more and more tasks.

Counterbalancing is when researchers assign experimental treatments in different orders to different participants. 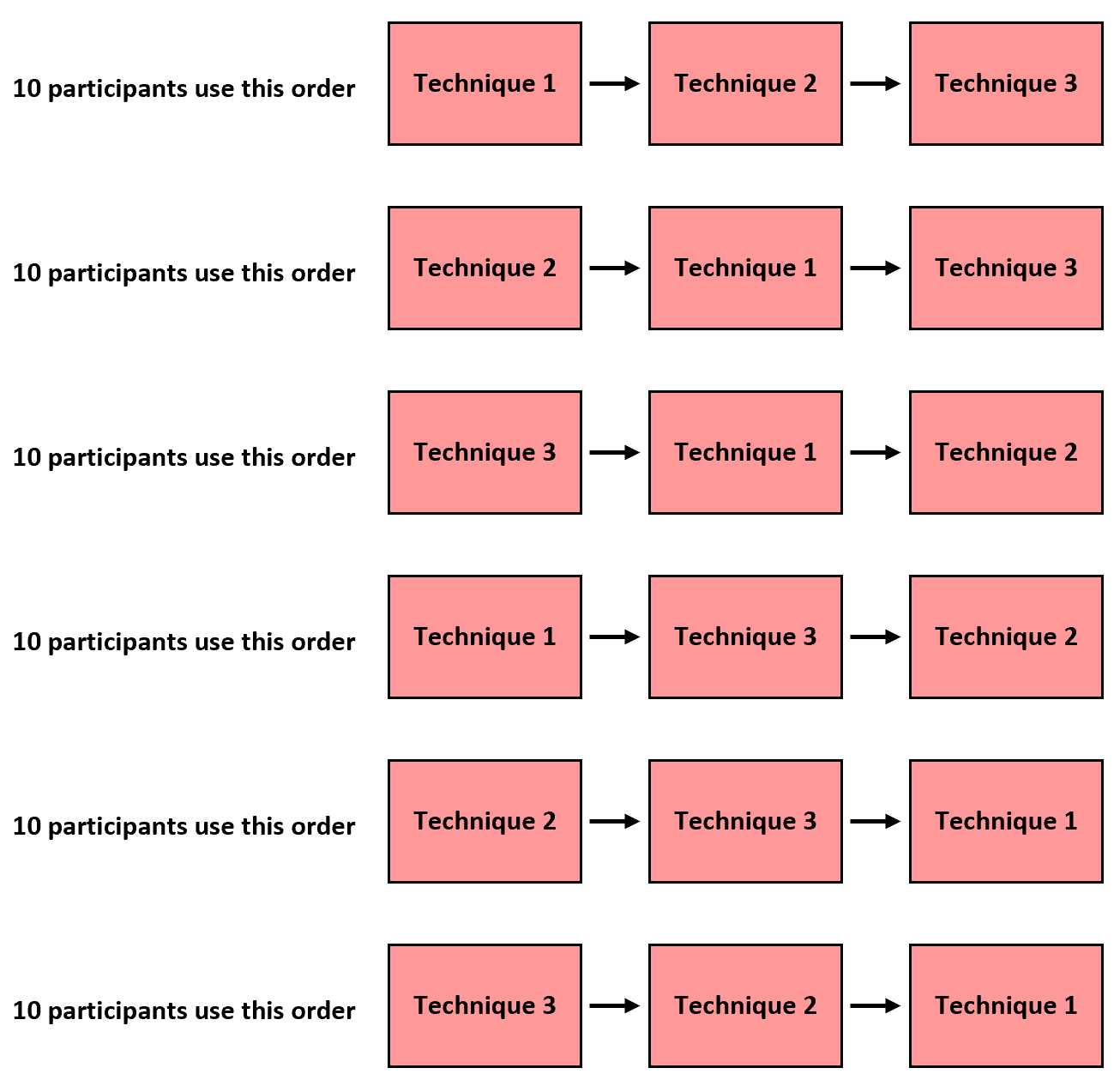 By using each order the same number of times, we can “counterbalance” any order effects.

The downside of this method is that it can be too time-consuming or costly to actually implement every order an equal number of times.

The following tutorials provide an explanation for other common effects in experiments:

What Are Order Effects?
What is a Ceiling Effect?
What is a Floor Effect?