In statistics, R-squared (R2) measures the proportion of the variance in the response variable that can be explained by the predictor variable in a regression model.

We use the following formula to calculate R-squared:

The following step-by-step example shows how to calculate R-squared by hand for a given regression model. 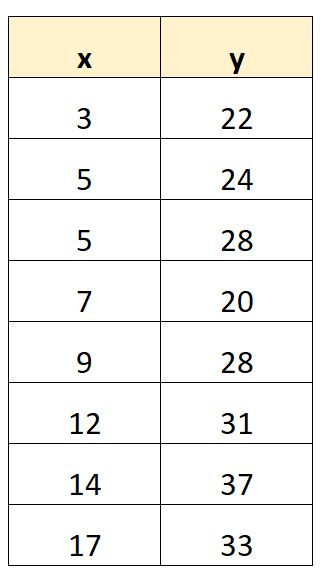 Next, let’s calculate each metric that we need to use in the R2 formula: 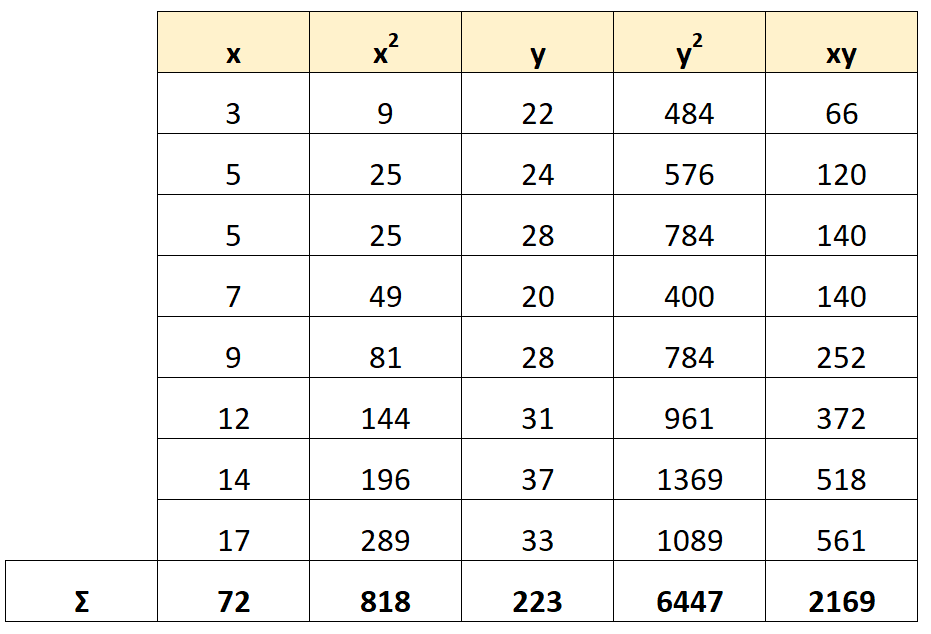 Lastly, we’ll plug in each metric into the formula for R2:

Assuming x is the predictor variable and y is the response variable in this regression model, the R-squared for the model is 0.6686.

This tells us that 66.86% of the variation in the variable y can be explained by variable x.