A one-way ANOVA is used to determine whether or not there is a significant difference between the means of three or more independent groups.

One of the assumptions of a one-way ANOVA is that the variances of the populations that the samples come from are equal.

One of the most common ways to test for this is by using a Brown-Forsythe test, which is a statistical test that uses the following hypotheses:

If the p-value of the test is less than some significance level (e.g. α = .05) then we reject the null hypothesis and conclude that the variances are not equal among the different populations.

This tutorial provides a step-by-step example of how to perform a Brown-Forsythe test in R.

Suppose we’d like to know whether or not three different workout programs lead to different levels of weight loss.

To test this, we recruit 90 people and randomly assign 30 to use each program. We then measure the weight loss of each person after one month.

The following dataset contains information on how much weight people lost on each program:

Before we perform a Brown-Forsythe test, we can create boxplots to visualize the variance of weight loss for each group: 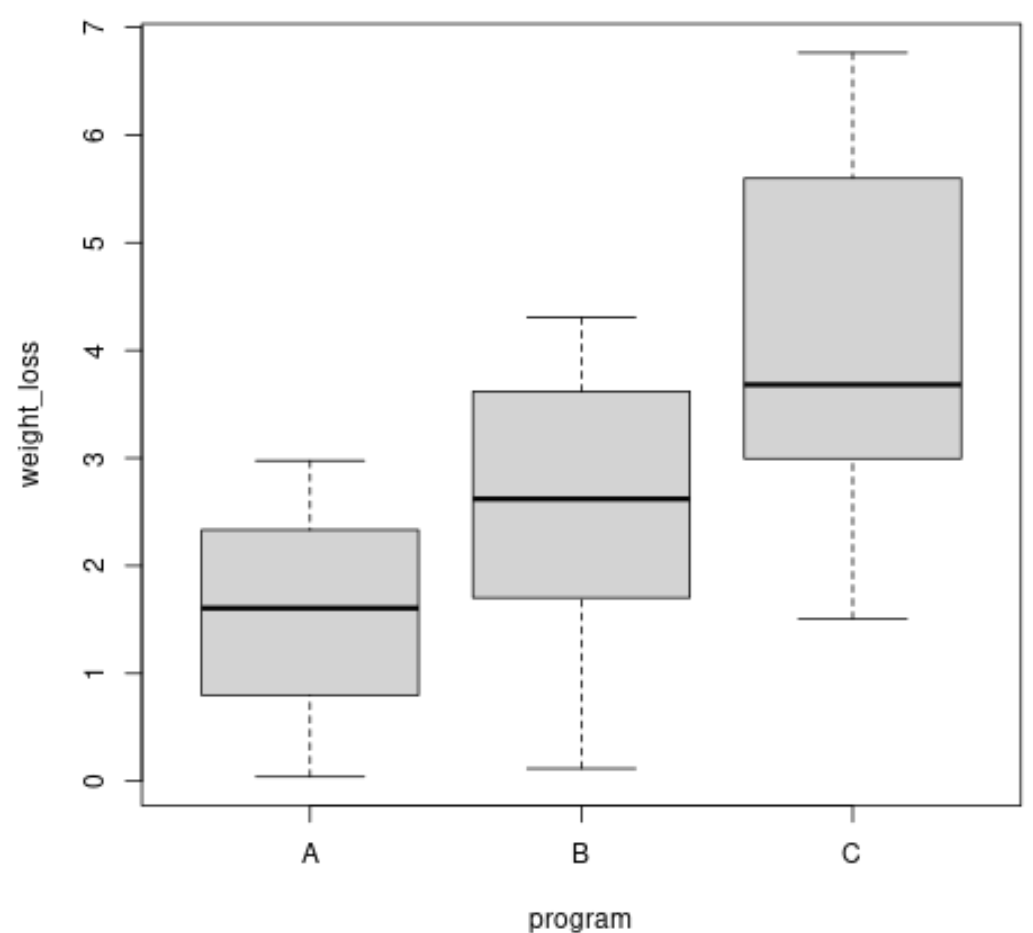 We can also calculate the variance of weight loss in each group:

We can see that the variances between the groups differ, but to determine if these differences are statistically significant we can perform the Brown-Forsythe test.

To perform a Brown-Forsythe test in R, we can use the bf.test() function from the onewaytests package:

The p-value of the test turns out to be less than 0.000 and, as the output declares, the differences in variances between the three groups is statistically significant.

If you fail to reject the null hypothesis of the Brown-Forsythe Test, then you can proceed to perform a one-way ANOVA on the data.

However, if you reject the null hypothesis then this means the assumption of equal variances is violated. In this case, you have two options:

1. Proceed with a One-Way ANOVA anyway.

It turns out that a one-way ANOVA is actually robust to unequal variances as long as the largest variance is no larger than 4 times the smallest variance.

Since this value is less than 4, we could simply proceed with the one-way ANOVA.

If the ratio of the largest variance to the smallest variance is greater than 4, we may instead choose to perform a Kruskal-Wallis test. This is considered the non-parametric equivalent to the one-way ANOVA.

You can find a step-by-step example of a Kruskal-Wallis test in R here.